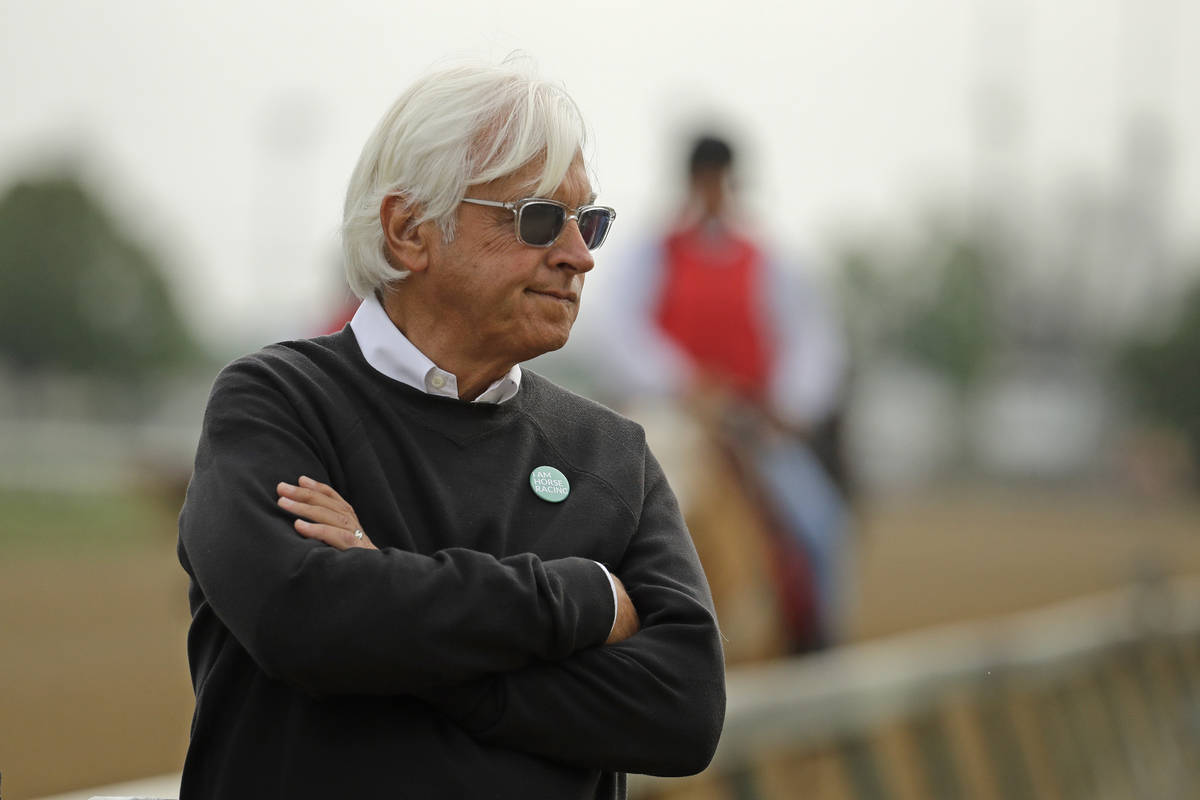 Trainer Bob Baffert is shown in this May 1, 2019, photo. (AP Photo/Charlie Riedel)

Many horseplayers I know plan their vacations around the winter meetings at Los Alamitos. Not so they can attend the races at the lesser track on the Southern California circuit but so they can relax in a hammock somewhere warm, knowing they won’t miss much while they are gone.

Sure, Bob Baffert may debut a 2-year-old prospect or two, but they’ll be seen soon enough at Santa Anita. So my napping pals rest easy, knowing they’re missing lots of tired horses, short fields and even shorter prices at the 61-year-old bullring in Orange County better known for quarter horse racing.

But when they awake this time, are they going to be surprised.

This being the year when everything has been turned upside down, “Los Al,” as it is commonly known, is putting on quite a show during the 11-day winter thoroughbred meeting that ends Sunday, in part because of the coronavirus.

Management at Golden Gate Fields closed the Bay Area track Nov. 13 after upward of 200 track employees tested positive for COVID-19. The closure was initially intended to last a week, but was extended several times before track officials finally said they wouldn’t resume racing until Dec. 26.

That left a lot of Golden Gate horses that don’t fit with the tougher competition at Del Mar with nowhere to run except Los Alamitos. Trailers were loaded and were soon headed south.

The difference is easy to see: This year, Los Al is averaging 8.65 starters per race, a huge improvement over the 7.07 seen last year.

The infusion of new talent has been good for the handicapper, creating intriguing handicapping puzzles and amply rewarding those who successfully solve them.

It has also boosted the handle, though not as much as I would have expected: After 60 races, it’s up just over 2 percent year over year to $37.32 million. Still, that’s not half-bad in the current economic climate and without any in-person wagering.

So if you’re freshly awakened from your long winter’s nap, you might want to check out the Los Alamitos signal at your favorite socially distanced sportsbook Friday through Sunday. It’s a great way to show the powers that be you enjoy full fields of evenly matched horses.

Weekday cards begin at 12:30 p.m., while the gates for the first race are sprung at noon on weekends.

Sadly, the star attraction of the meeting — the $200,000 Los Alamitos Futurity (Grade 2) on Saturday — did not benefit from the population surge at the track, with just six entries lining up for the 7-furlong race for 2-year-olds with higher aspirations down the Triple Crown trail.

The even-money morning line favorite is Red Flag, easy winner of the Grade 3 Bob Hope Stakes at Del Mar in his last start. Trained by John Shirreffs, the son of Tamarkuz will be ridden by Victor Espinoza and break from the rail.

It will be interesting to see how the betting goes, as Baffert, who has won this race the last six times it’s been run and 12 times overall, will be saddling a horse named Spielberg. Co-owners SF Racing, Starlight Racing, Madaket Stables clearly had high expectations for the son of Union Rags when they shelled out $1 million for him at the Keeneland September sale, but he was among the five horses trounced by Red Flag in the Bob Hope.

Given Baffert’s dominance of this race, however, and the presence of elite Southern California rider Flavien Prat in the saddle, the bettors might decide to make Spielberg, the 5-2 second choice on the morning line, the favorite by the time the gates are sprung.

Another reason to watch is the presence of Hall of Fame jockey Mike Smith, who will be riding the gelding Petruchio (4-1) for fellow Hall of Famer Richard Mandella. Smith will be making one of his first starts since testing positive for COVID-19 on Nov. 29 and serving quarantine.