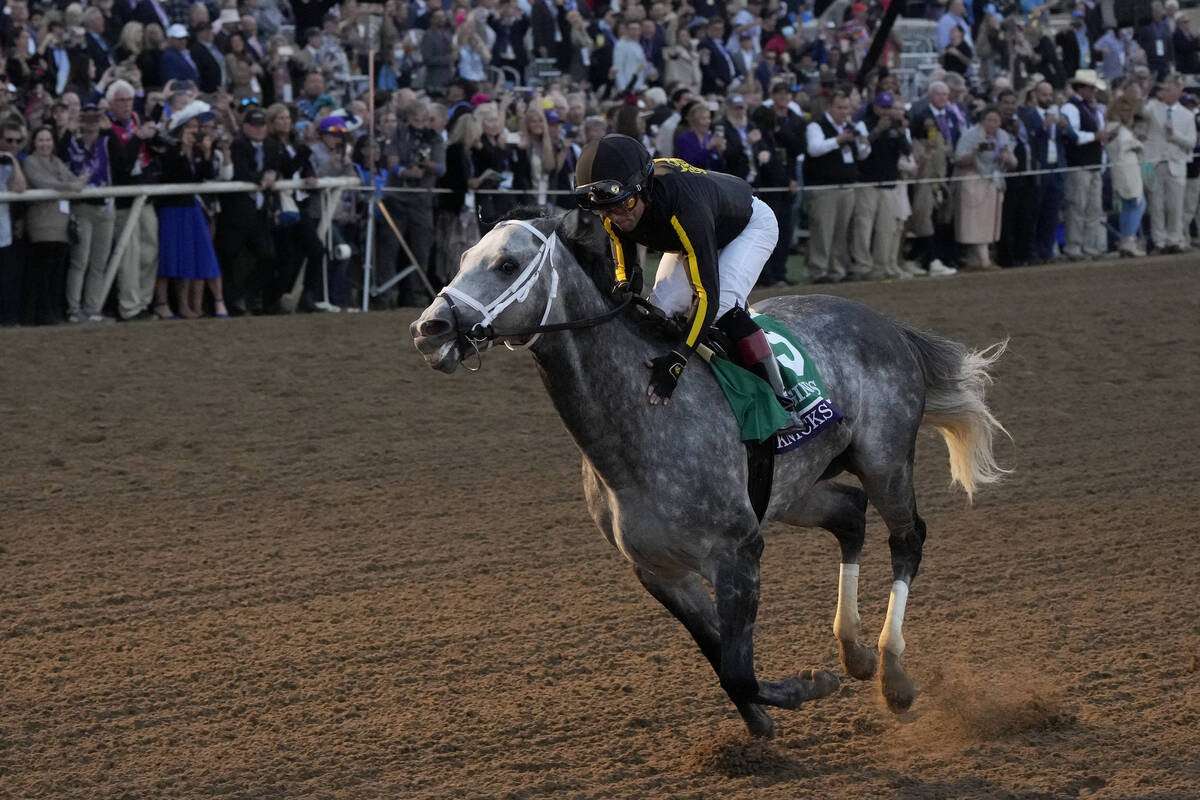 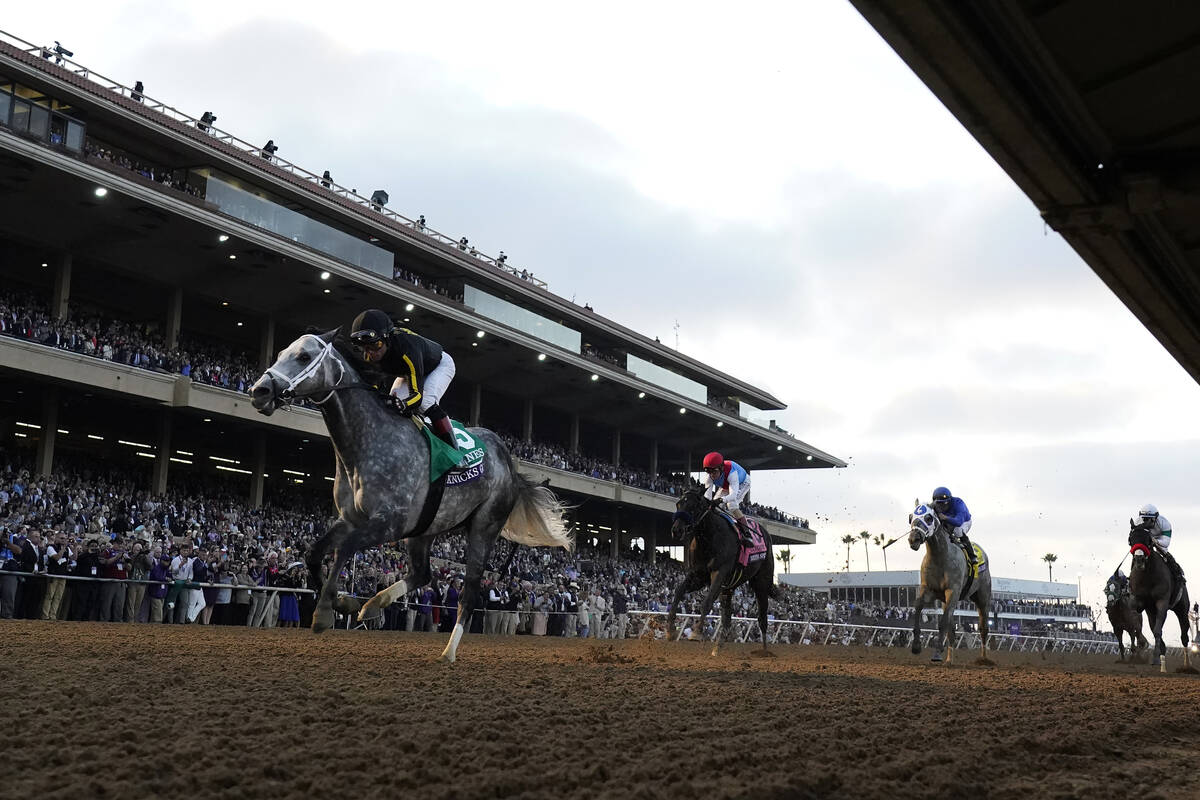 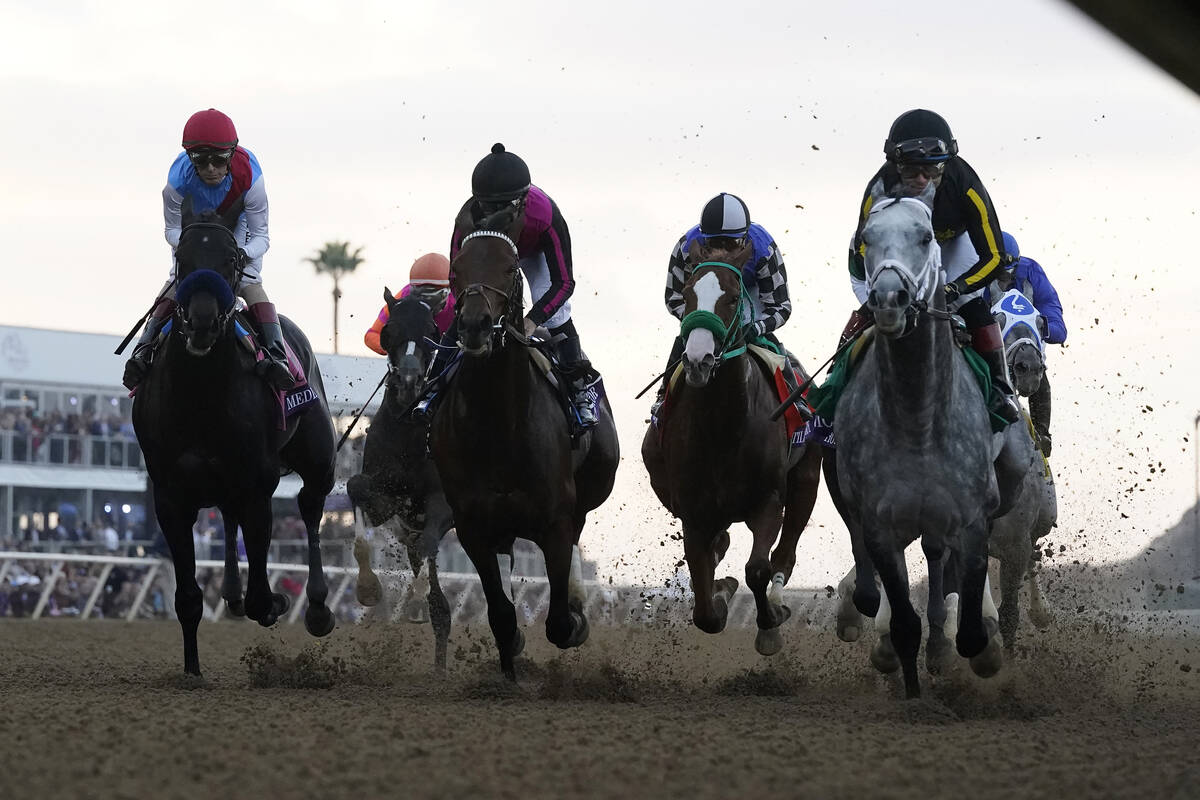 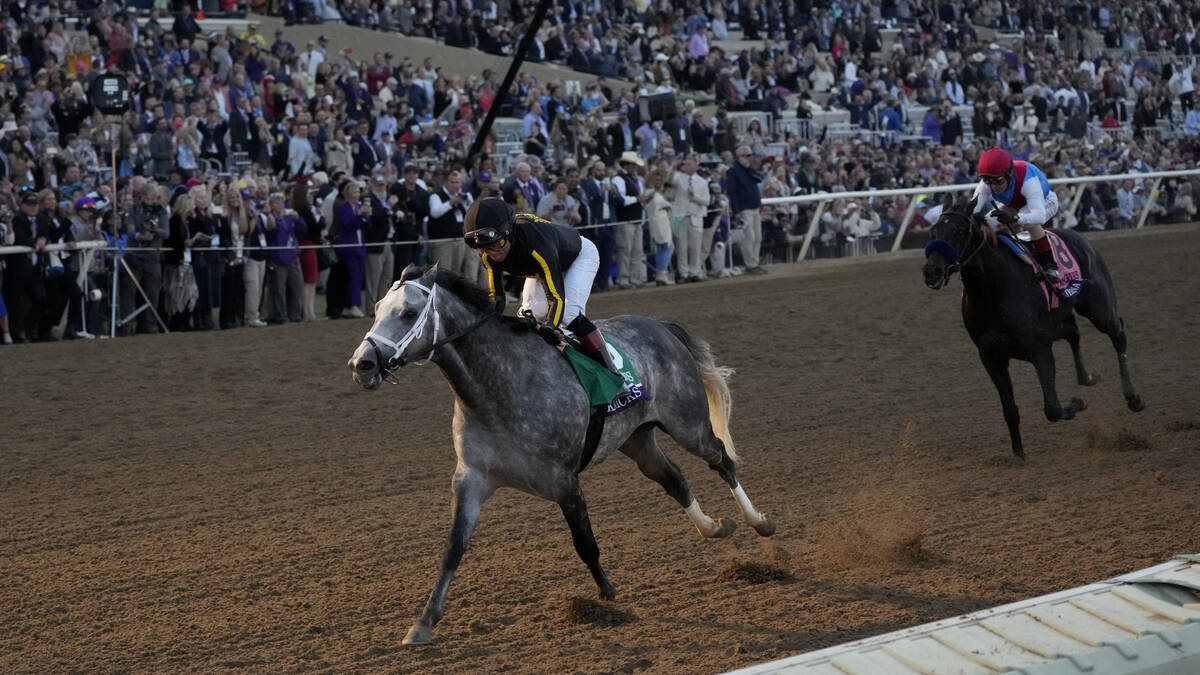 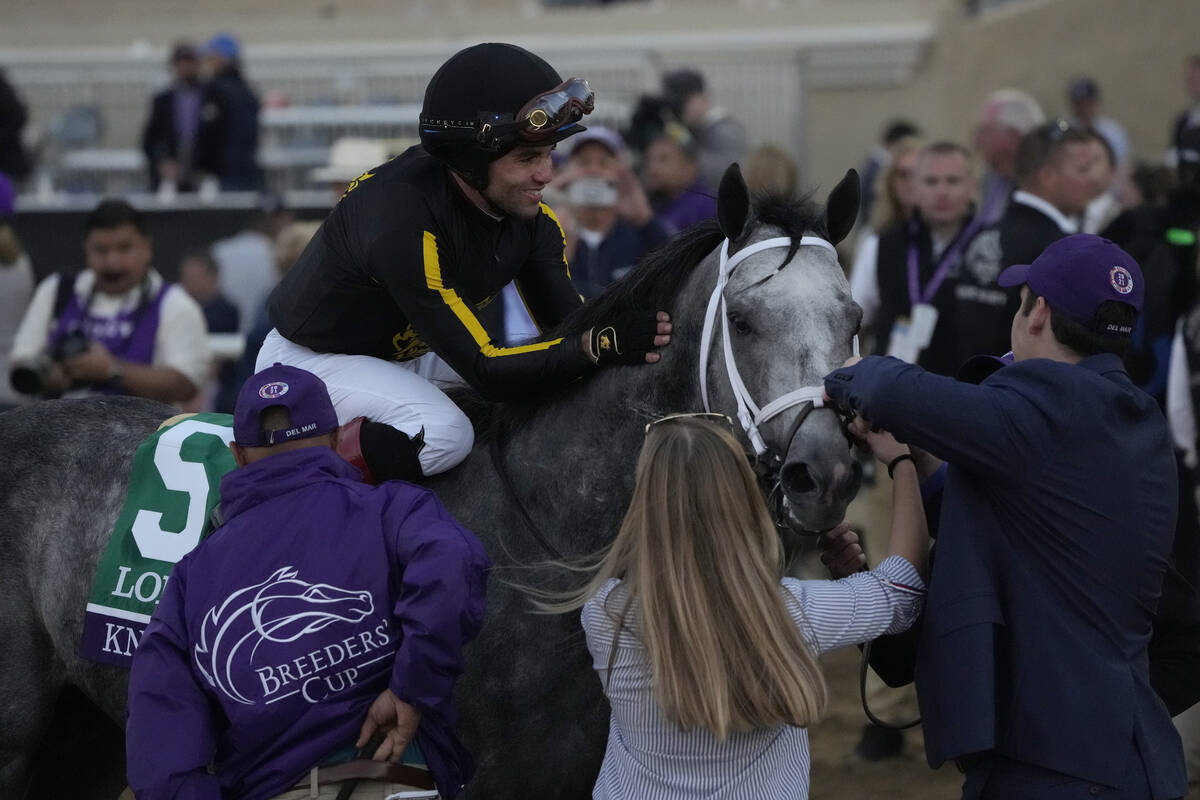 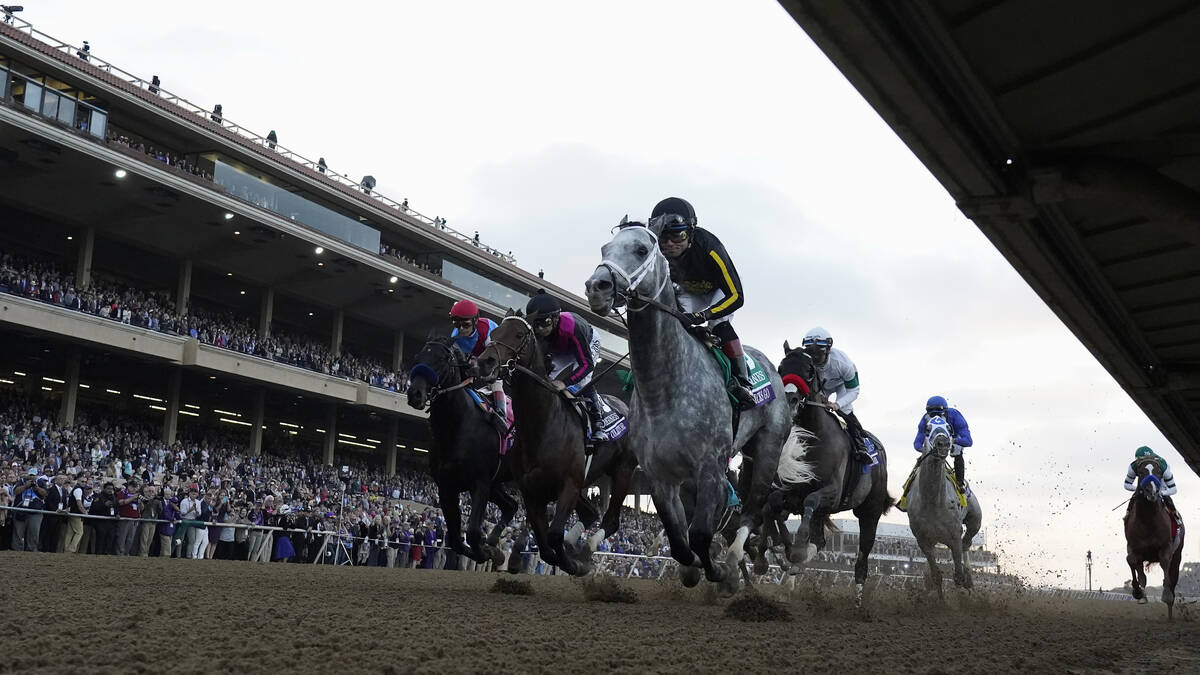 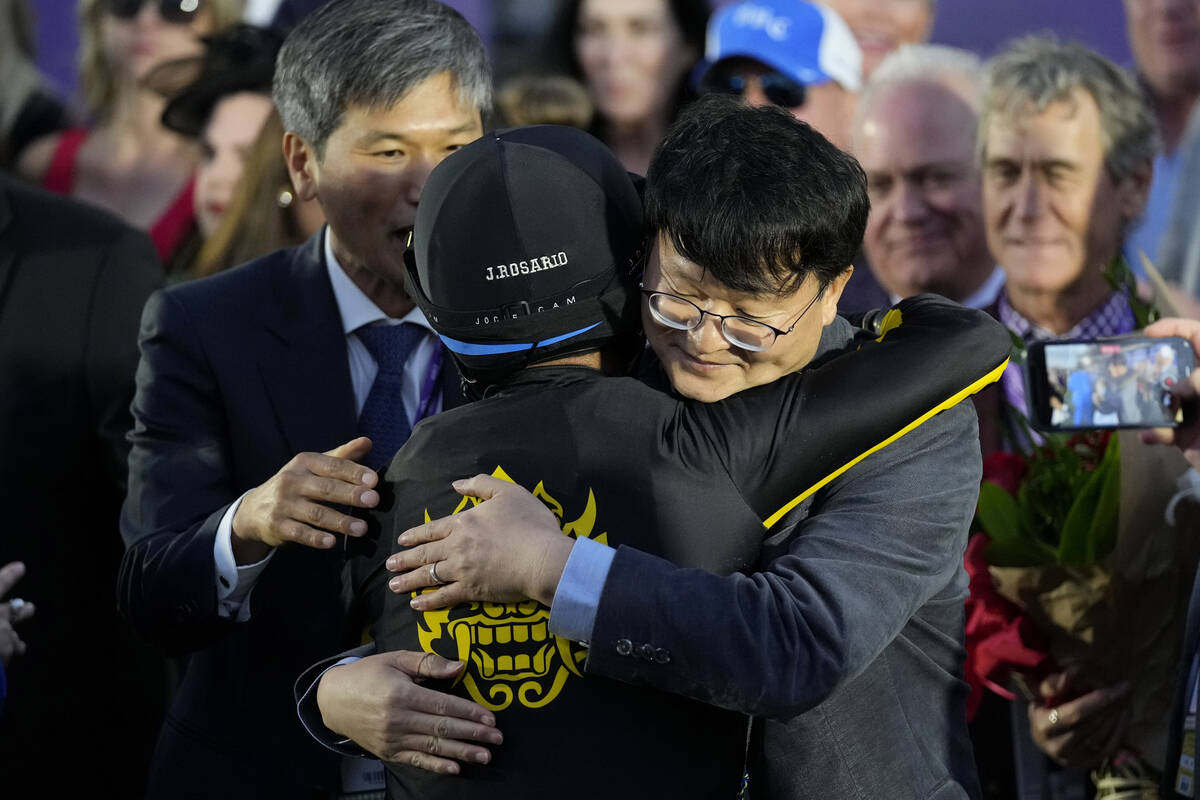 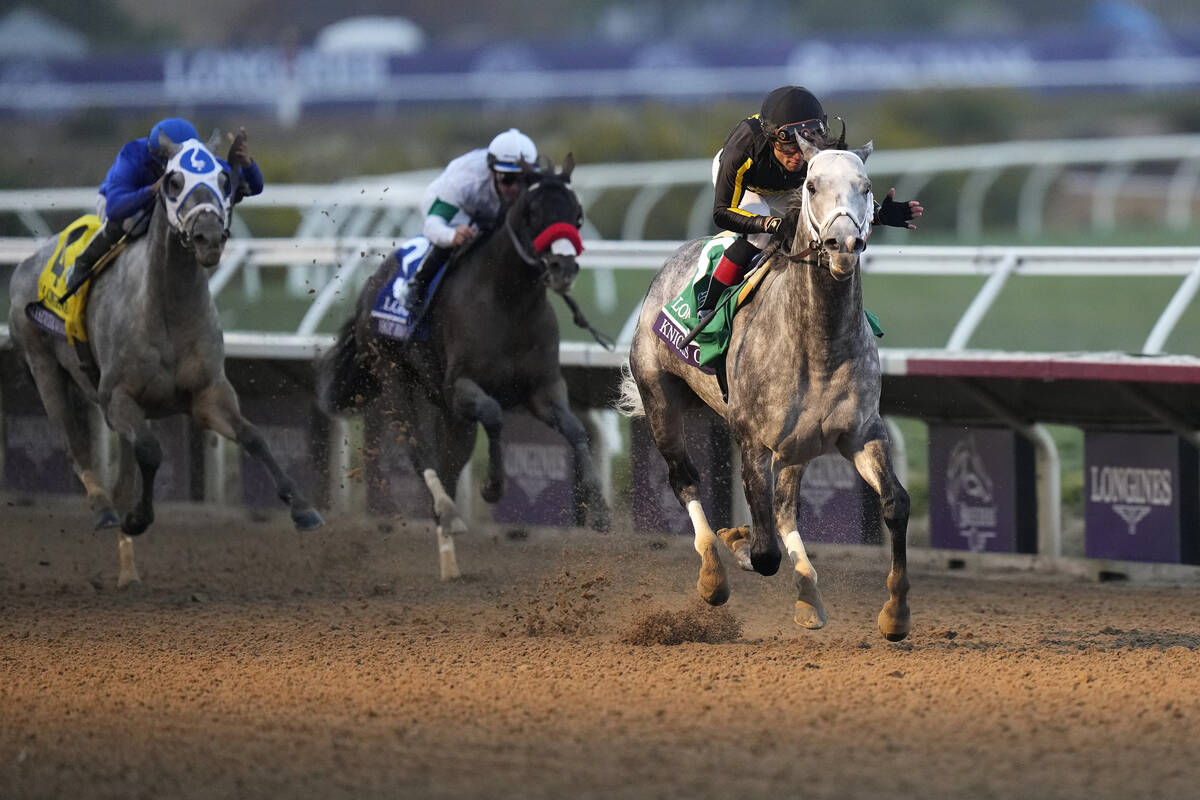 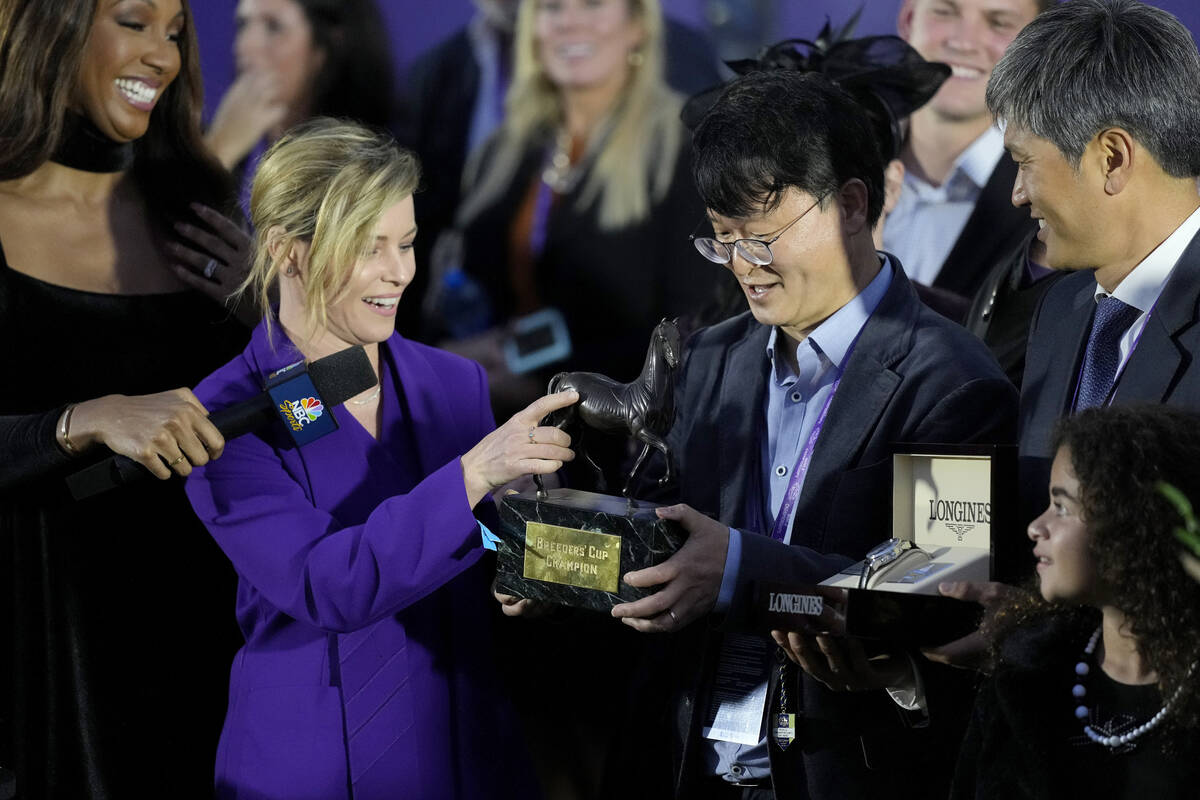 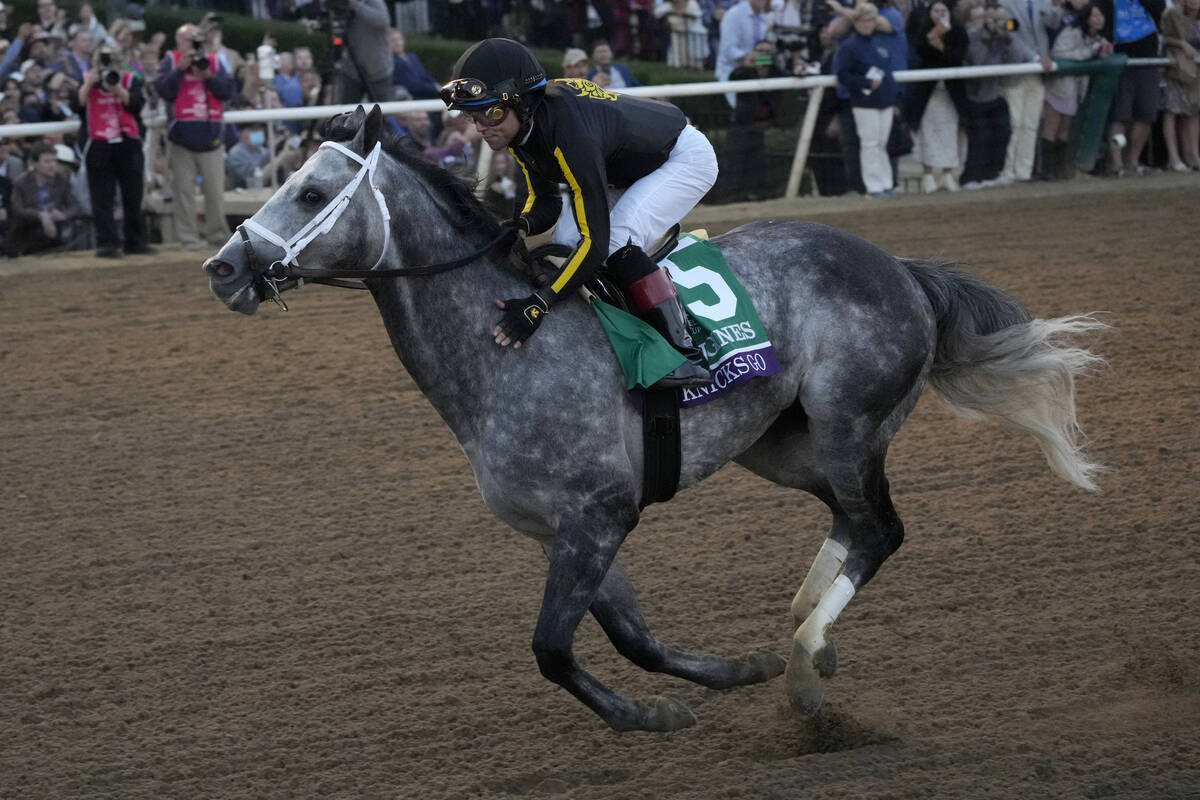 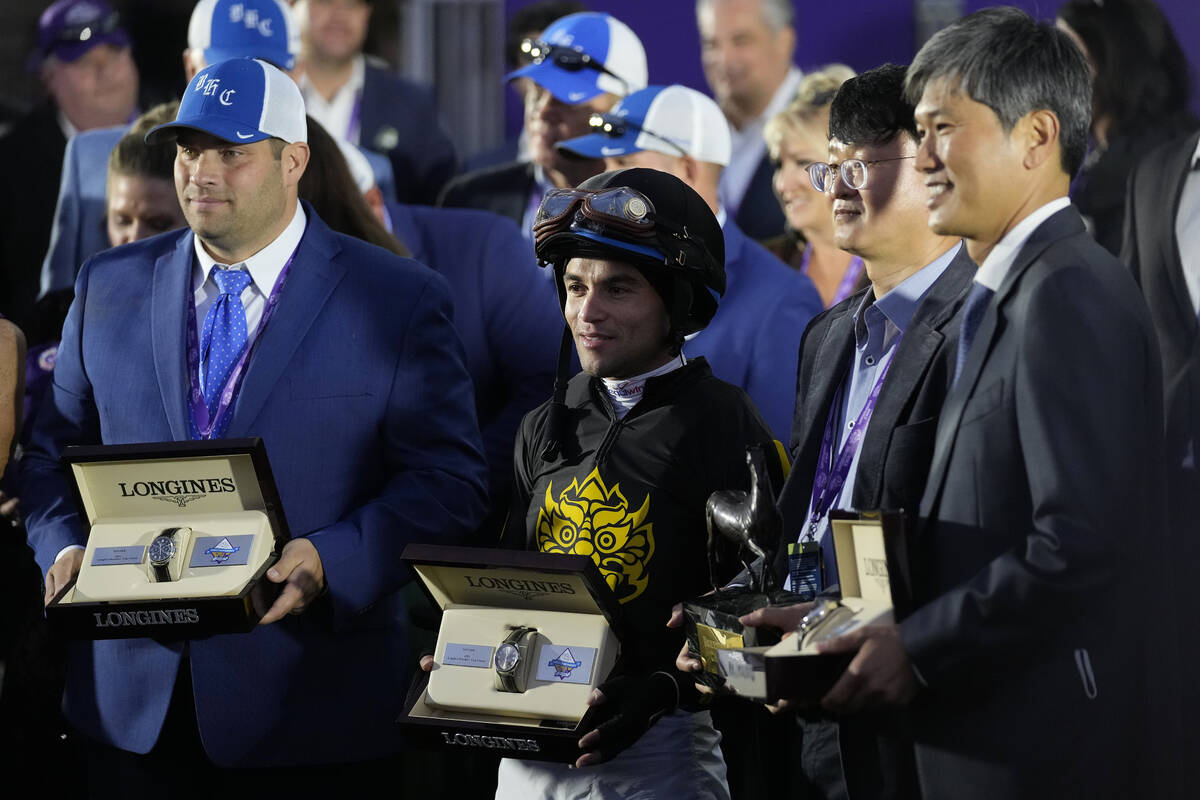 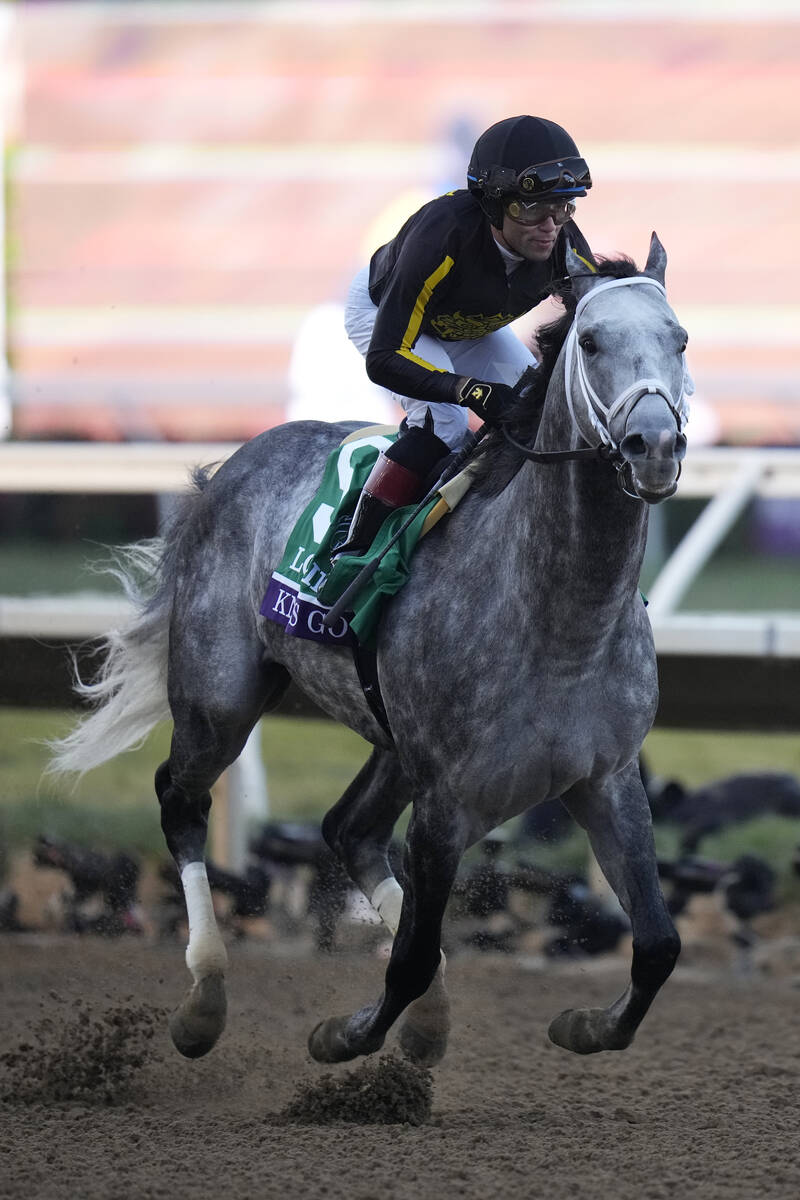 DEL MAR, Calif. — Demonstrating that he possesses plenty of stamina to go with his trademark brilliant speed, Knicks Go led every step of the way and won Saturday’s $6 million Breeders’ Cup Classic at Del Mar.

The 2¾-length victory over Medina Spirit cemented Horse of the Year honors for the Brad Cox-trained 5-year-old, who had never raced at the classic distance of 1¼ miles in his 23 previous races. The win was his fifth in a Grade 1 stakes and his second in the Breeders’ Cup, capturing the Dirt Mile last year.

Sent off as the 3-1 second choice in the wagering behind stablemate Essential Quality, the son of Paynter broke sharply from the gate under jockey Joel Rosario and quickly secured the lead. His nearest rivals laid back rather than risk ruining their chances of a big payday by engaging with a horse who had been in front at the first call in each of his nine previous victories.

Cox said he didn’t know what to expect when the gates opened.

“I didn’t really know what the tactics from the other trainers and jockeys would be,” he said. “I kind of felt like if they did try to go with him they may jeopardize their own opportunity to win the race.”

The early fractions were fast, with the first 6 furlongs going in 1:10.04 and the mile in 1:35.28. By the time he reached the backstretch, Knicks Go had opened almost three lengths on his pursuers, allowing Rosario to give him a quick breather before they turned up the heat.

A challenge materialized briefly entering the stretch, when Hot Rod Charlie moved up along the rail and briefly drew within about a length as the winner drifted out to toward the middle of the track. But Knicks Go switched gears and quickly repelled Hot Rod Charlie, who faded to fourth as the Bob Baffert-trained Medina Spirit and Essential Quality surged past in fruitless pursuit of the winner. The final time was a sparkling 1:59.57.

His owner, the Korean Racing Authority, named him after a proprietary genome selection program known as K-Nicks, which they use to select horses for purchase that have optimal chances of becoming top racehorses and stallions.

The race capped a successful two days of racing at Del Mar, unmarred by any reported injuries to horses or humans despite Friday’s scary incident in which Juvenile Turf entrant Albahr flipped in the starting gate. Trainer Charlie Appleby, who won three Breeders’ Cup races for owner/breeder Godolphin, the racing stable of Dubai’s ruling Maktoum family, said the 2-year-old appeared to sustain only minor cuts and bruises in the incident.

Del Mar reported that more than 20,000 fans attended Friday’s races, with another 26,553 turning out for the Saturday card.

Wagering on the Breeders’ Cup races set a record with more than $182 million bet around the globe.