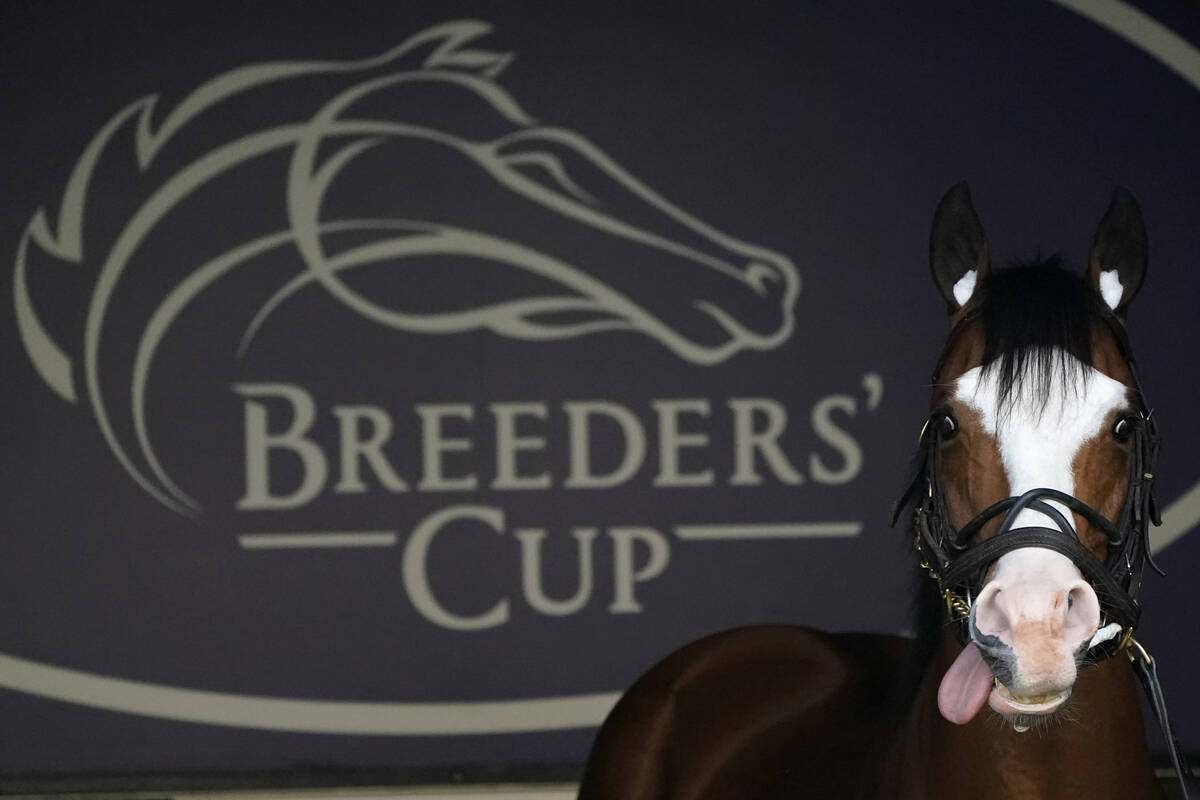 The candy store known as Del Mar is open for business.

This kid is absolutely giddy at the prospect of sinking his teeth into the 14 delicious Breeders’ Cup championship races to be run over the next two days at the oval where the surf meets the turf.

The action kicks off with five “Future Stars Friday” races featuring top 2-year-olds from the U.S., Canada, Europe and Japan.

Saturday’s the marquee day, though, with nine Breeders’ Cup races capped by the $6 million Classic, which will go a long way toward settling the still raging Horse of the Year debate.

The Del Mar track is a changeling that sometimes aids front-runners and other times is very kind to looping closers. If you can synch your handicapping with the way the track is playing, you could be in for a very good couple of days.

During the 2017 Breeders’ Cup, the only other time the event has graced Del Mar, closers ruled. That led to a lot of surprises, particularly on the main track, where not a single favorite prevailed in seven races and only two managed to hit the board.

Meanwhile, the long shots kept coming. Bar of Gold was the biggest upsetter, shocking bettors in the Filly and Mare Sprint at 66-1.

As they always are, European runners were tough in route races on the lawn, winning the Turf, the Filly and Mare Turf and the Juvenile Turf. U.S.-based runners captured the Turf Sprint and Juvenile Fillies Turf, while Canada-U.S. commuter World Approval took down the Mile.

Those results aren’t blueprints for success, of course, but they’re worth keeping in mind if you decide to partake in some of the sweetest handicapping puzzles in horse racing.

Here are my top three in Friday’s races in order, with brief comments.

$1 million Juvenile Turf Sprint: Go Bears Go (15-1) — John Velazquez to ride cozily drawn colt that has been facing top competition in Europe; Kaufymaker (12-1) — Stretches out for trainer Wesley Ward after learning to rate and finishing fast; Derrynane (12-1) — Might have put colt trained by turf ace Christophe Clement on top if not for wide draw.

$2 million Juvenile Fillies: Echo Zulu (4-5) — Undefeated lone speedster with best speed figures in short field will be tough to beat. No win bet here; Juju’s Map (5-2) — I give Brad Cox trained miss a chance to topple favorite, but she’ll have to run faster early than she ever has; Tarabi (12-1) — Ran on well after hitting gate when runner-up to Echo Zulu.

$2 million Juvenile: Commandperformance (5-1) — Deserved thundering applause for first route at Belmont when second to favorite in this race; Jack Christopher (9-5) — Brown-trained monster owns superior speed figures, but must handle rail and two turns for first time; American Sanctuary (30-1) — Had tough trips in last two and should benefit from hot pace.

$1 million Juvenile Turf: Albahr (6-1) — Inside draw may put strong European colt over the top; Slipstream (12-1) — Will be flying late under Rosario, who taught him to rate in last; Portfolio Company (6-1) — Prat may have to gun to the front from tough outside post.