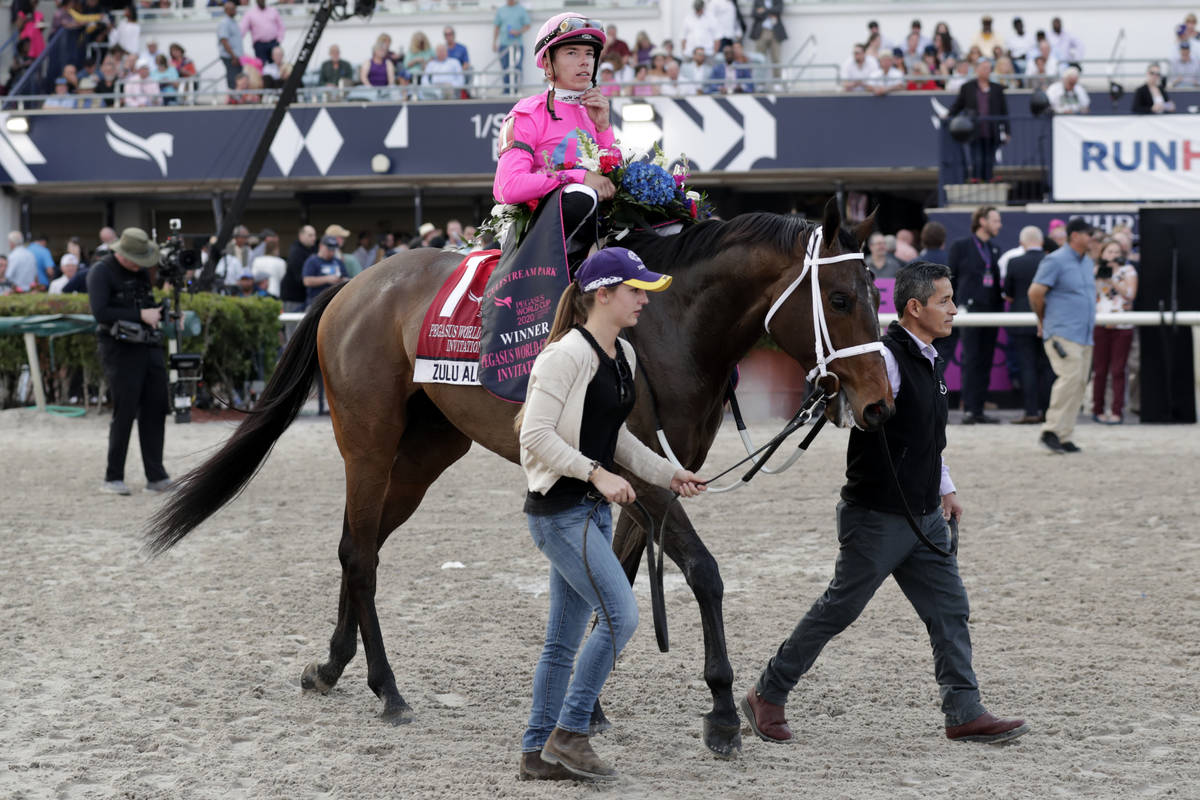 The owners of Gulfstream Park have tried several ways to lure a young and well-heeled crowd to the Pegasus World Cup over its five-year existence — most of which had little to do with horse racing.

Horses? A gigantic prop in the parking lot and a supporting actor in promotions. Jockeys? Trainers? Seldom seen.

I remember being offended in 2017 when The Stronach Group (TSG), owner of the South Florida racetrack, rebranded the Donn Handicap and began promoting the coolness of the sport without really talking about the animals or participants, including horse players.

Since then, however, I’ve mellowed.

Have I mentioned yet that Saturday’s 1⅛-mile Pegasus is one of the horse racing’s biggest races, with a purse of $3 million and a $1 million turf counterpart, both of which will be nationally broadcast by NBC Sports and TVG (1:30-3 p.m.). It also attracts many of the best older horses in North America, including this year’s star Knicks Go.

I thought not, but we’ll get back to that in a minute.

More important, this year’s promo video (viewable at pegasusworldcup.com) is a gem, exploring the dichotomy between being young and rich and finding yourself at a racetrack. Or at least that was my interpretation.

It’s the first effort at promoting the race to the younger crowd for 1/ST (pronounced “first), a new consumer-facing brand recently launched by TSG.

I/ST also will pioneer a new “second-screen experience” for those who won’t be in the limited crowd at the track: a livestream of jockeys’ helmet cams during the race on Facebook, starting at 2:30 p.m. PT.

“Our goal is to put the customer into the center of the race,” he said. “We need them feel that passion, strength, power and speed of our equine athletes.”

I don’t spend much time in South Florida — to my regret — so I can’t say how the strategy is working. But I know many critics say there’s no sign the young partyers who show up for the day become fans.

Still, I’m not going to fault TSG for trying to connect with a new generation of fans. The alternative is to watch the sport to continue to wither and eventually die.

It’s no secret that Knicks Go will try to wire the 12-horse field, but there are questions about his ability to last 1⅛ miles, which is about a football field farther than he has run in 17 career starts.

The son of Paynter may be 10 lengths clear at the top of the stretch and coast home, but it’s possible another horse will apply pressure earlier to see just what he is made of, leading to a cavalry charge in the stretch.

Trainer Brad Cox, an Eclipse Award finalist, didn’t win 1,481 races over his career by accident, and top jockey Joel Rosario will certainly be mindful of the need to save energy for the finish.

But it makes for a dicey betting proposition, and not one where you want to loosen the rubber bands on your bankroll.

Instead, just sit back and enjoy the show.

An earlier version of this article incorrectly reported the number of races trainer Brad Cox has won in his career.