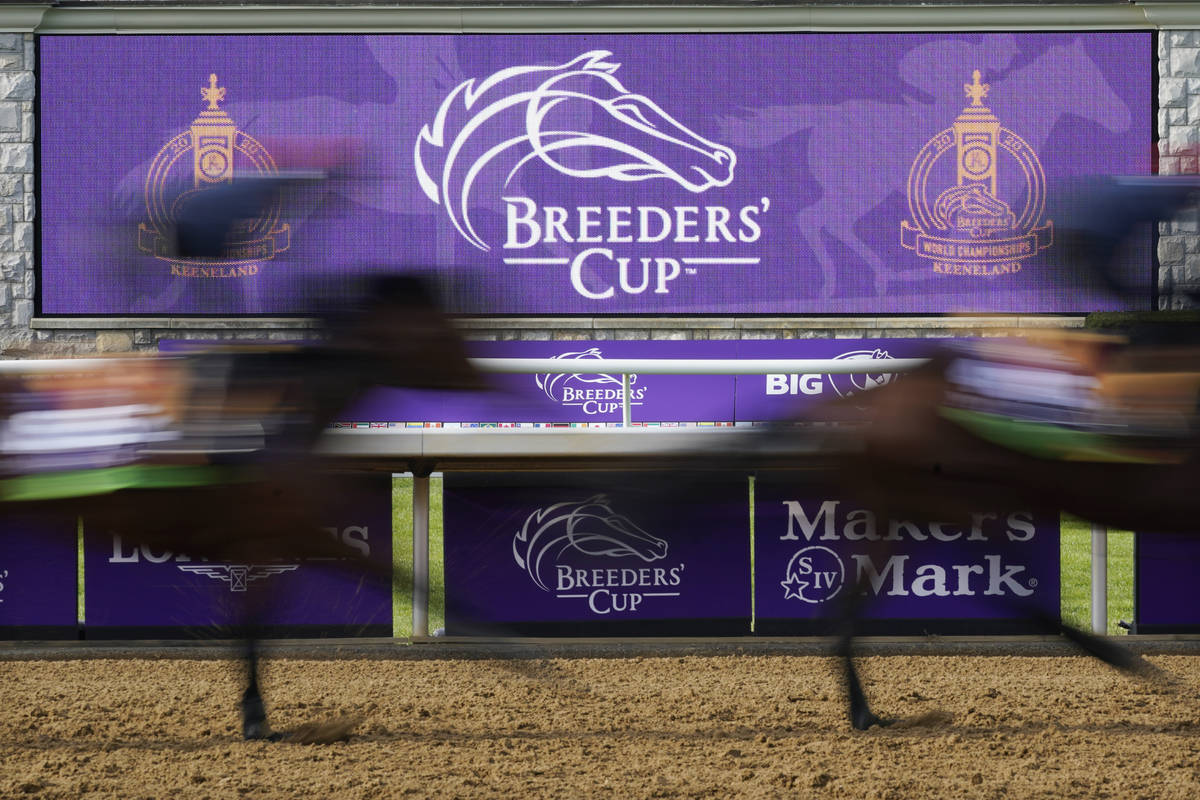 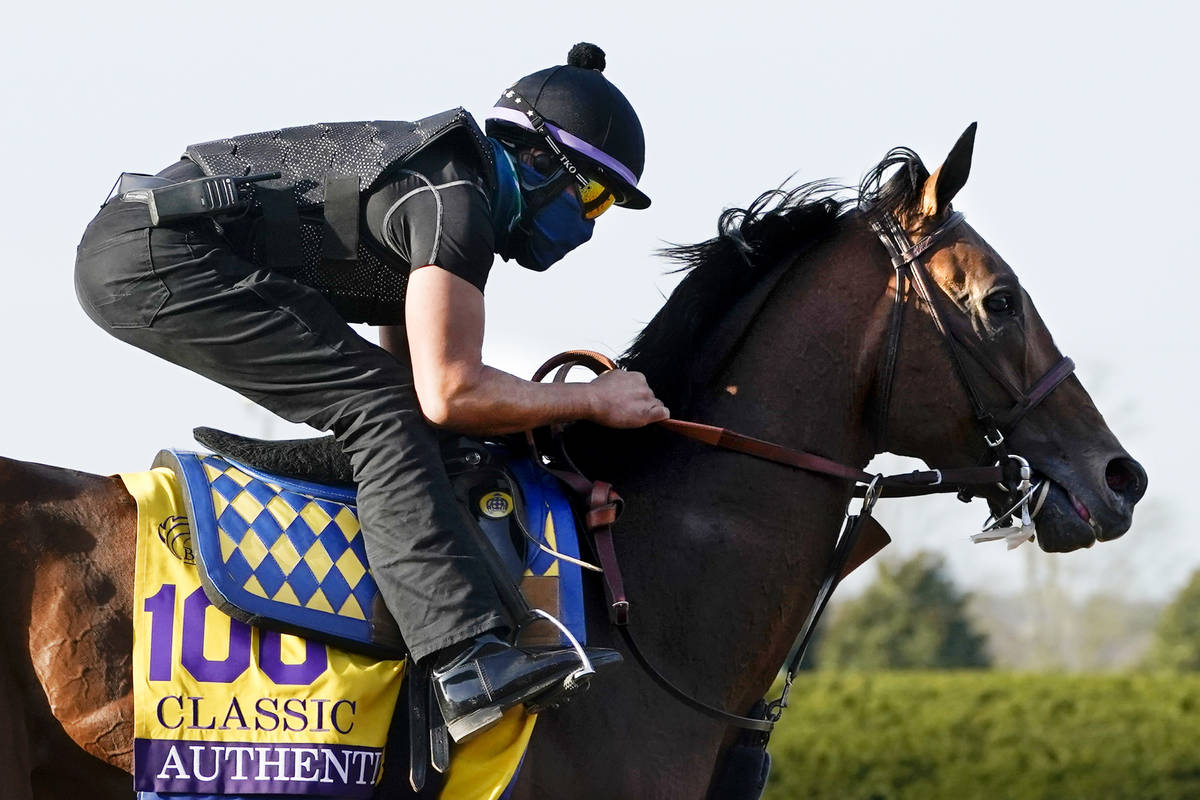 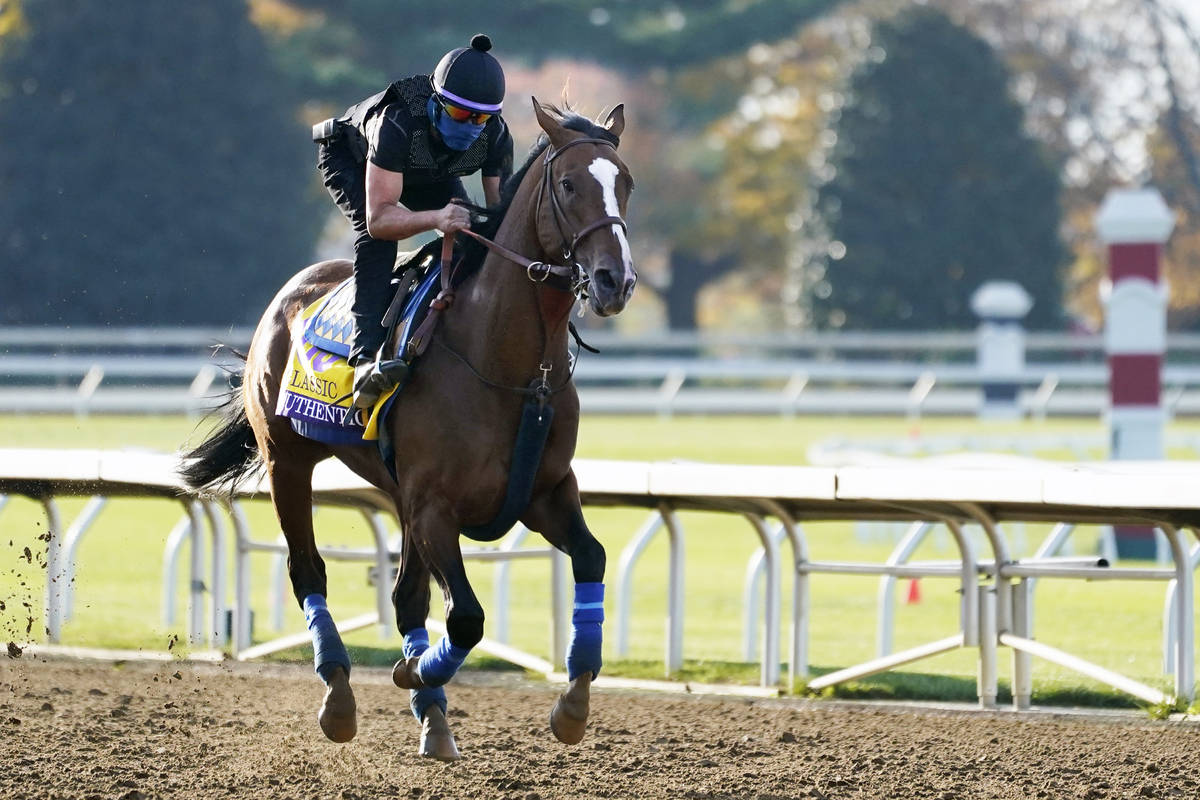 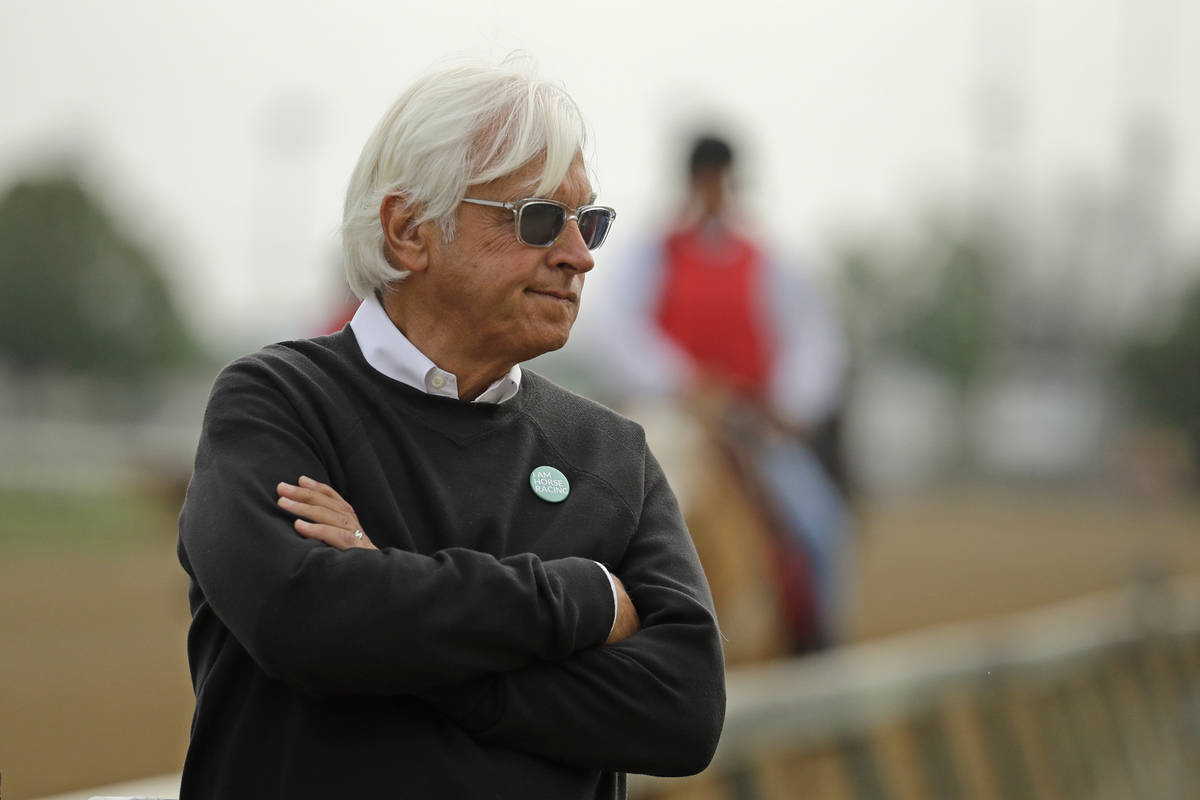 FILE - In this May 1, 2019, file photo, trainer Bob Baffert watches his Kentucky Derby entrant Game Winner during a workout at Churchill Downs in Louisville, Ky. Two-time Triple Crown-winning trainer Bob Baffert, who has had multiple horses test positive in post-race drug testing, is taking steps to “do better,” including hiring outside oversight. Baffert said in a statement Wednesday, Nov. 4, 2020, that he is “very aware” of the incidents involving his horses and the impact that it's had on his family, the sport and himself. (AP Photo/Charlie Riedel)

It took the Breeders’ Cup to get this handicapper off his sickbed.

Racing’s two-day international extravaganza returns to Keeneland on Friday and Saturday, with 14 outstanding stakes races to be run sans fans. Each race is its own challenging divisional puzzle, with generally full fields of superstars from North America and abroad competing for the winner’s share of purses ranging from $1 million to $6 million.

That makes for fabulous betting opportunities. Lingering health problems or not, there was no way I was going to miss it.

Most horseplayers will want to open their wallets early in the proceedings, as the contentious undercard races often offer some of the best betting of the event.

But we’re cutting to the chase and focusing on the event’s capstone — the $6 million Classic.

The 37th running of the Classic features one of the most accomplished fields assembled for the 1¼-mile race for 3-year-olds and up, with eight of the 10 entrants having earned more than $1 million.

Hall of Fame trainer Bob Baffert’s “Dream Team” trio of Improbable, the 5-2 morning line favorite, Kentucky Derby winner Authentic and the notorious Maximum Security will draw the most attention at the windows. Other top contenders include Tiz the Law (3-1), winner of two-thirds of the Triple Crown in the year of the coronavirus, top older horse Tom’s d’Etat (6-1) and By My Standards (10-1), first or second in all six starts this year.

Tiz the Law, the other 3-year-old in the field, could be compromised by the draw of Post 2, as the speedy stalker has appeared uncomfortable when racing inside in one previous race and Manny Franco will have a tough time guiding him to his customary outside stalking position from there.

So who’s going to win?

The razor-sharp Improbable is the most likely winner, entering the race off three straight Grade 1 victories — the Awesome Again Stakes at Santa Anita, the Whitney Stakes at Saratoga and the Gold Cup at Santa Anita. His off-the-pace running style is also a plus where they figure to go fairly fast early.

Improbable, who will be ridden by 2020’s leading jockey by earnings, Irad Ortiz Jr., flashed talent at 3, but it took another year for Baffert to find the consistency that has been his hallmark. His only defeat this year was in his comeback race, the $150,000 Oaklawn Mile on April 11, when he finished second to Tom’s d’Etat after surrendering the lead in deep stretch.

He was probably a short horse that day, but now he’s at the peak of his powers and looks tough to deny in this spot.

The horse with the best chance of doing that is likely Tom’s d’Etat, who has been rested three months for this race after finishing third to Improbable in the Whitney on Aug. 1.

Tom’s d’Etat, a 7-year-old son of Smart Strike, stumbled and broke slowly that day and was left with too much work to do in the stretch. He rallied moderately down the center of the track to finish third, 2½ lengths behind the winner and a half length behind runner-up By My Standards.

Trainer Al Stall has given the old-timer a break since then, but a recent series of bullet workouts suggests the clear leader in the older horses division earlier this year after victories in the Clark and Stephen Foster stakes at Churchill Downs and the Fayette Stakes (Grade 2) at Keeneland is ready for a top effort.

I’ll make a sizable win bet on Tom’s d’Etat at 5-1 or higher, and box my top two in exactas. I’ll probably play a few small trifectas and/or superfectas, using Improbable and Tom’s d’Etat atop logical contenders, like Authentic, Maximum Security, By My Standards (10-1) and Global Campaign (20-1) in the lower placings.