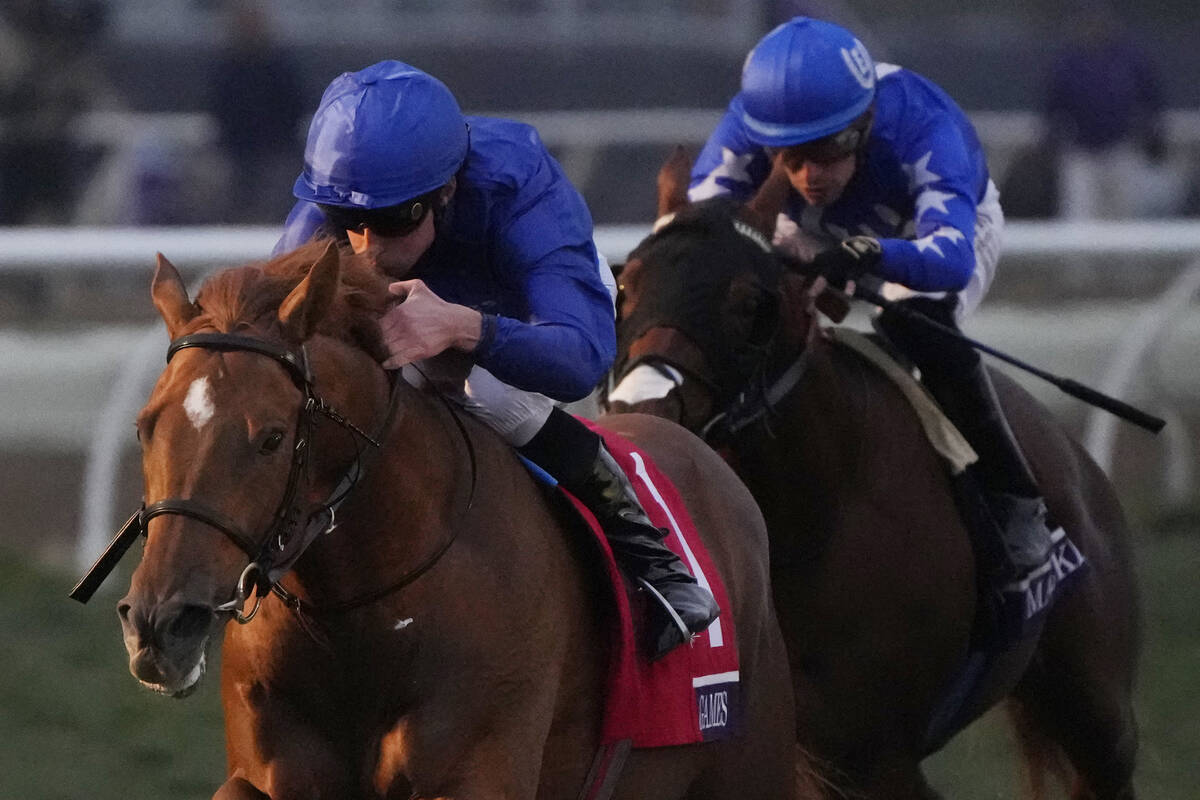 Last weekend’s Breeders’ Cup at Del Mar lived up to its promise, delivering sensational international racing at an amazing venue.

Unfortunately, the single serious snafu — a strange starting gate incident that led to the removal of an entrant from the betting pools in one of the Breeders’ Cup races — was the hottest conversation topic when it was over.

As recounted here, the 14 horses in Friday’s nightcap, the $1 million Juvenile Turf, had been loaded in the gate and were awaiting the start when a ruckus erupted in the inside stalls. No. 2, Albahr, flipped in the gate and was scratched. So, too, was No. 1 Modern Games, at least briefly.

It was quickly discovered that the horse had been wrongfully removed due to a series of miscommunications, so the stewards allowed the Godolphin-owned son of Dubawi to race, albeit for purse money only.

If you don’t already know, Modern Games won nicely in the one-mile race, finishing 1½ lengths clear of Tiz The Bomb, while the latter was the winner as far as the parimutuel pools were concerned.

The connections were delighted to collect the $520,000 winner’s share of the purse, I’m sure, as were those lucky folks who wagered on Tiz The Bomb to win. But countless bettors around the world who backed Modern Games were given the royal shaft.

Those who bet Modern Games to win, place or show got their money back at least, though they had to endure watching their horse cross the finish line in front. But those who used the horse in multi-race wagers were doubly burned, as their bets were transferred to the post time favorite, Dakota Gold. He finished fifth, as if it mattered.

If anything good comes from this colossal failure, it should be a universal rule allowing bettors to designate alternate selections in exotic wagers if one of their horses is scratched. It’s really not rocket science, as the technology was available back when I was filling out paper Pick 6 tickets at Bay Meadows in the 1980s.

— Bob Baffert now has the early betting favorite for the Kentucky Derby after Corniche’s impressive win in the Breeders’ Cup Juvenile. That creates an interesting situation given the trainer is banned from entering horses at Churchill Downs for two years following this year’s Derby debacle and thus Corniche received no Kentucky Derby points for his victory.

— The Del Mar tracks were fairer than in 2017. Speed was dangerous on both courses, but several horses came from the clouds to win as well, particularly on the turf course.

— Post-race drug tests of the top four finishers in each race and other random runners all came up clean, the California Horse Racing Board announced Thursday.

— All horses and riders came back safe as well, as Albahr suffered only a few minor cuts and scrapes during the scary starting gate incident. Carl Woods, the assistant starter who was injured during the incident, has informed the CHRB that he is fine and has returned to work.

I discovered a new handicapping angle at a post-race celebration at the Pennant bar in Mission Bay, where I encountered a gaggle of wildly celebrating 30-somethings who, it soon became clear, had made a big score at the Breeders’ Cup that day.

It turns out, several of them had bet the exacta on the top two finishers in the Distaff — Japan-based Marche Lorraine, the winner at odds of 49-1, and runner-up Dunbar Road, herself a 12-1 shot. The return was $513.30 for each dollar wagered, and they, I was told, had it multiple times.

When I asked one of the celebrants how they’d managed to come up with those horses, he replied that he’d never been to a horse race until that day, so had asked a friend with a little knowledge of the game how to decide which horses to bet on. His friend responded that the best technique he knew was to “Find an Irishman and see who he likes.”

A short time later, near the crowded Del Mar paddock, the neophyte heard someone saying “Excuse me, excuse me” with a noticeable Irish accent and buttonholed the gent to find out who he liked. The Irishman replied that he was all over the 10 and 11, numbers that turned out to correspond with the winner and runner-up.

So there you have it. The next time my handicapping heads south, I might just have to give it a try.