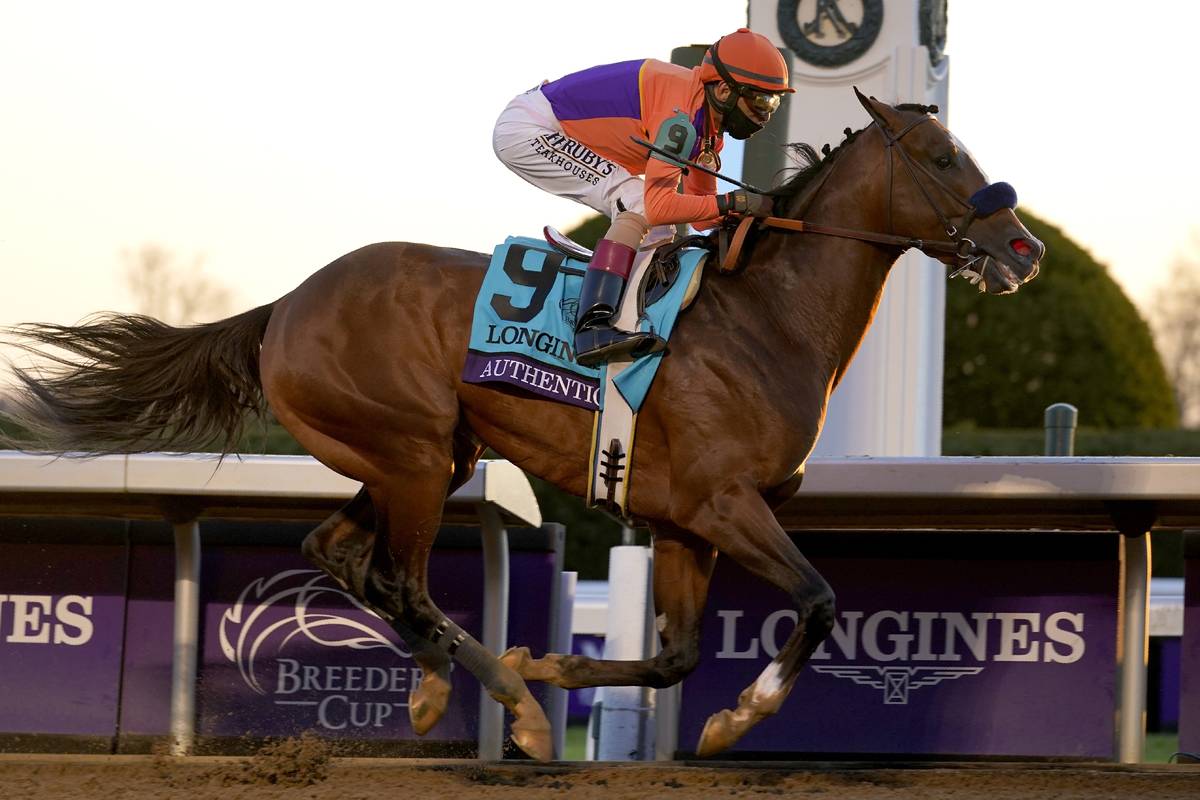 Filling out an Eclipse Award ballot can be an exercise in angst, but this year it served as a useful reminder of how much amazing racing we witnessed in a year when our attention was so often diverted from the track.

I suddenly was marveling again at Authentic’s dominant performances in the Kentucky Derby and Breeders’ Cup Classic, which capped a stellar six-for-eight record for the year. And with the former’s retirement, I looked forward to the thrills the undefeated Essential Quality will bring us next year after rewatching his victory in the Breeders’ Cup Juvenile.

I mourned again the premature departure of the undefeated Nadal and gave thanks I got to see stablemate Charlatan return from injury to dominate the field in the Grade 1 Malibu Stakes on Dec. 26 at Santa Anita.

Swiss Skydiver’s gritty victory over Authentic in the Preakness Stakes was relived, and I felt regret once more that the brilliant Gamine tasted defeat for the first and only time in the Kentucky Oaks, possibly denying her the title of best 3-year-old filly.

I saw with new eyes Improbable’s accomplishments, which included three straight Grade 1 victories en route to a likely title as older dirt male. I savored Whitmore’s victory in the Breeders’ Cup Sprint, even as I was voting for Vekoma as the year’s top dasher.

Admiration oozed from my pores as I watched Channel Maker develop into the most consistent older turf horse and the filly Rushing Fall likely add to Chad Brown’s mantle full of Eclipse trophies with her expected coronation as top older turf female after a brilliant campaign.

Those are just some of the moments I relived as I was doing my due diligence before voting. You will find my complete ballot below. Quibble away if you’re in a combative mood.

Meantime, the winners of the 2020 Eclipse Awards will be announced at 4:30 p.m. PT on Jan. 28 in a virtual event that will be televised

Add two more names to the list of top American racehorses that have been retired to the breeding shed: Tiz the Law and Mucho Gusto.

The departure of Tiz the Law, winner of the Belmont and Travers Stakes this summer for trainer Barclay Tagg, from the racetrack was announced by Sackatoga Stable founder Jack Knowlton on Dec. 30 after an X-Ray detected bone bruising in the colt’s front leg. The New York-bred son of Constitution, who ends his career six wins from nine starts, including four Grade 1 stakes, will stand at Ashford Stud in Versailles, Kentucky, for $40,000.

No deal on his breeding rights had been reached, Baffert said.

The superstar mare Goldikova, the only horse to win the same Breeders’ Cup race three times in succession, has died in France at the age of 16. No cause of death was given.

The daughter of Anabaa captured 14 Group 1 stakes during her brilliant five-year racing career, including the Breeders’ Cup Mile on the turf in 2008, 2009 and 2010. Her attempt to win it for a fourth straight time in 2011 came up short, when she checked in third behind Court Vision.

The trifecta nonetheless helped win her passage into the Horse Racing Hall of Fame in 2017.

The only other horse to win three Breeders’ Cup races is Beholder, who annexed the Juvenile Fillies before winning two editions of the Distaff.