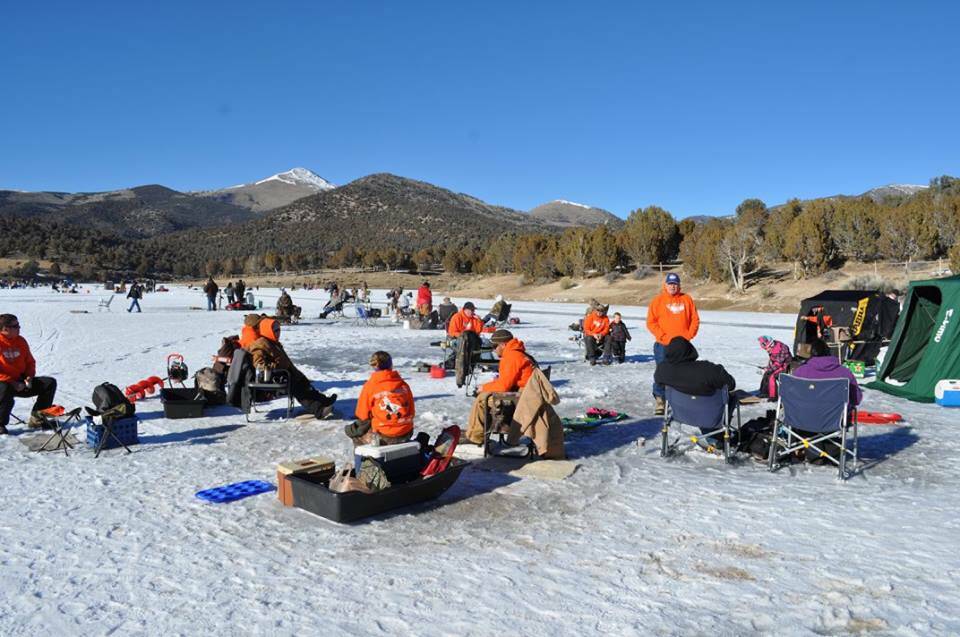 The annual Ely Rotary Club Ice Fishing Derby is as much a social event as it is a fishing derby. Grand prize is $5,000. (Ely Rotary Club) 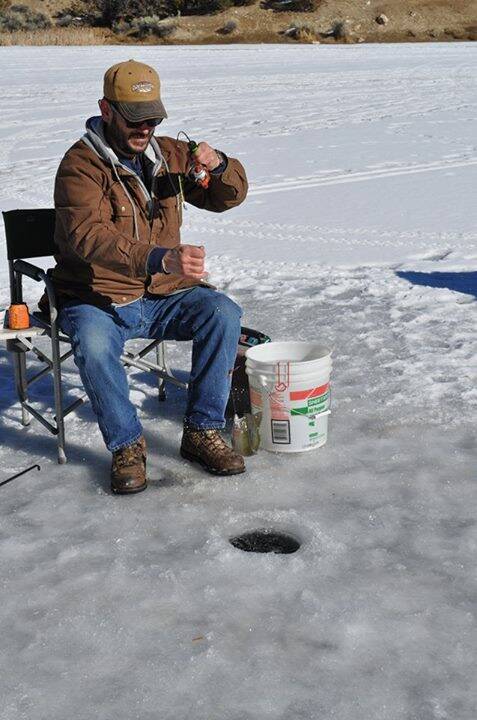 The annual Ely Rotary Club Ice Fishing Derby is as much a social event as it is a fishing derby. Grand prize is $5,000. (Ely Rotary Club)

If thoughts of pulling scrappy, thick-bodied trout through a hole in the ice are not enough to get you out of the house this winter, perhaps the Ely Rotary Club is offering the extra incentive you need. At least for one day.

It all depends on whether the possibility of taking home a $5,000 payday is enough to cause you to break out your trout rod, some cold weather gear and a comfortable camp chair.

All you have to do to take home the money is pull the right thick-bodied trout through the hard water at Comins Lake on Saturday, Feb. 5, during the Ely Rotary Club’s annual Ice Fishing Derby. The event will run from 8 a.m. to 3 p.m.

Nothing in the derby rules says that a fish has to be thick- bodied to be eligible for the prize money. But anytime you fish at Comins Lake, there is a good chance the trout you catch will fit that description.

While Comins is known for its rainbow trout, the lake also offers anglers the chance to catch some good browns. This winter the chances for anglers to add a nice brown trout to their catch may be a little better than normal.

Before the lake iced over, the Nevada Department of Wildlife augmented its regular stocking schedule with fish salvaged from nearby Cave Lake, where the agency has drained the water to facilitate construction work on the dam. The fish ranged in size from eight inches on the small end to as much as six or seven pounds. Most were brown trout.

Water released from Cave Lake has helped to raise the water level at Comins Lake, which has been impacted by the ongoing drought. When full, Comins offers 410 surface acres of fishing opportunity.

With a maximum depth of 14 feet, and an average depth of just 8 feet, finding fishing depth at Comins is a little easier than at other impoundments where the water is deeper.

As of Dec. 30, the hard water covering at Comins already ranged from as much as five inches thick at the north end to nine inches at the south end. With cold temperatures typical of an Ely winter, the ice should be much thicker by derby time.

Good news for those who are a might skittish about walking onto a sheet of ice and then drilling a hole through it.

During the holidays, anglers were reportedly catching rainbow trout in the 15- to 18-inch range at Comins. The fish were taking night crawlers but are also known to take PowerBait or weighted jigs in green or yellow colorations during the winter months.

Prior to the Fishing Derby, at least 25 trout will be tagged and released into Comins. Tournament officials will place tag numbers of eligible fish caught during the derby in “the hat,” and one will be drawn as the grand prize winner.

To claim the $5,000 prize, an angler must catch the fish during official derby hours and be registered as a participant. Other tagged fish will be worth $100 each to the angler who catches them.

The early registration fee is $45 for all participating anglers regardless of age, but after Jan. 21 it increases to $55. An official wrist band will designate participants.

If you are feeling extra lucky, you buy an extra chance to win a prize for an additional $20. That will buy anglers who catch a tagged fish a place in the VIP drawing and a chance to win their choice of a $2,500 gift certificate at Sportsworld Ely, a Browning gun safe or an optics package.

Derby information can be found online at www.facebook.com/RotaryClubofEly5190/ 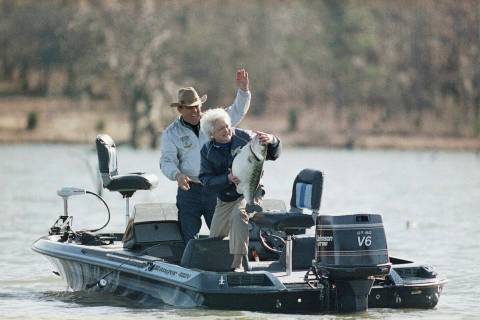 Ray Scott, who died Sunday at 88, put the spotlight on Lake Mead in 1971 with the inaugural Bassmaster Classic, an event that became the Super Bowl of competitive bass fishing. 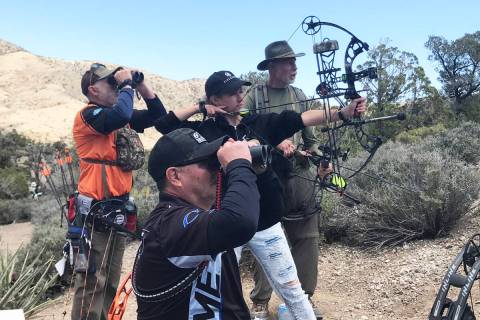 For archers looking to prepare for an upcoming big game hunt, participation in tournaments such as the Outdoor Championships are a good method of honing your skills. 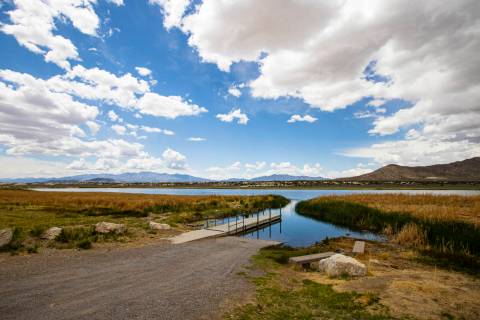 As ice melts on reservoirs, trout fishing improves
By C. Douglas Nielsen Special to the / RJ

The hard water covering reservoirs has begun to melt away from the shorelines, leaving open water for anglers willing to brave the cold temperatures. 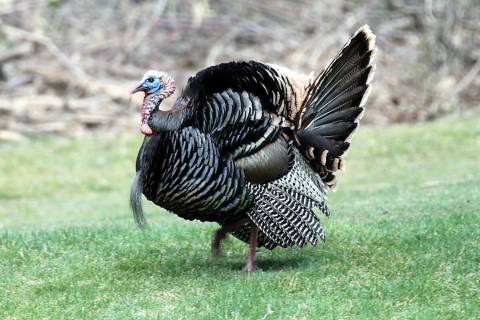 We live in a time when everything is going digital. While that has made aspects of our life more convenient, I miss some of the old school ways. 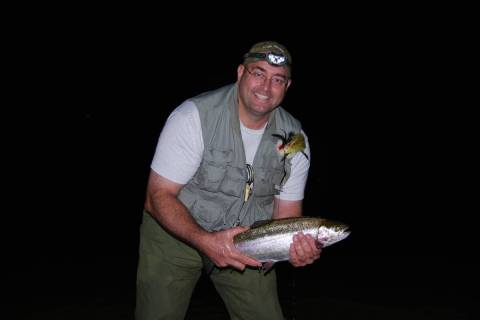 The purpose of these advisories is to help people make informed decisions about where to fish or harvest shellfish, says the Environmenal Protection Agency. 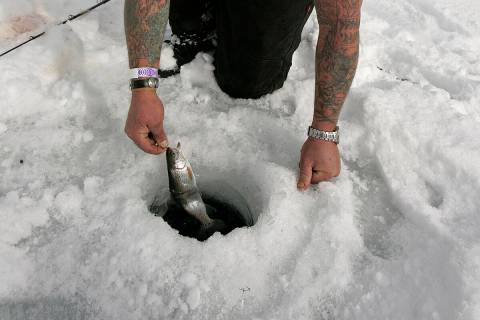 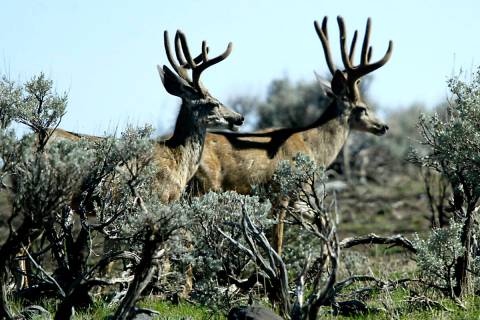