Connor Fields doesn’t believe in the concept of defending Olympic glory. He is a gold-medal champion for life.

Knows the feeling of it. Knows the rush. Knows the amazing sensation of standing on a podium, placing his hand over his heart and hearing his country’s national anthem.

“You want to do it again,” Fields said. “I came into the year with the No. 1 goal of doing that. I have never felt better. I have never worked harder. Everything was on track. I couldn’t ask for things to be better.

“So in that way, there is some frustration.”

Fields is the BMX racer and Green Valley High alumnus whose gold-medal triumph in Rio four years ago had every chance of being repeated in Tokyo.

That pursuit is now in danger of being postponed.

Dick Pound, a Canadian and International Olympic Committee member, told USA Today on Monday that the 2020 Olympics will be postponed due to the coronavirus, a statement the IOC later said was premature and Pound later clarified as only his opinion.

Either way, it’s likely the Summer Games in Tokyo will not start as scheduled on July 24.

That means the vision of Fields racing down an opening ramp at high speeds and whipping around large banked corners this summer will have to wait.

The same truth exists for all local athletes with thoughts of competing in the capital of Japan, to which the Olympic flame arrived from Greece on Friday.

For now, the cauldron, and all those dreams surrounding it, remain in limbo.

The Olympics is the largest and most significant sporting event to accept the reality of a global pandemic, now apparently poised to follow all those major professional leagues and college conferences to cancel or postpone seasons and events.

“I compete in a little bike race, which is nothing compared to what is going on in the world right now,” Fields said. “No sport is more important if it means more people might potentially die from this.

“If there is any chance that could happen or this disease could last longer because the (Olympics) were held, then shutting it down and postponing it is the only right decision to make.”

This, of all such things scrapped, hurts most.

The Olympics are different. They inspire generations. They bring people together and promote progress in countries and champion the human spirit.

Find anything else in sports that does so more. There isn’t.

They can create fundamental change. It happened for South Korea after the 1988 Games in Seoul. The Moscow Games in 1980 played a hand in the former Soviet Union collapsing. China opened its doors to the world in 2008, offering two contrasting signs of its measureless impact over 17 days.

The Olympic movement is for everyone. The part about winning isn’t. If you have a flag and a dream, you receive an invitation to the opening ceremonies and an opportunity to compete.

That part never should change.

But while the modern Olympics have been postponed or canceled just three times in 124 years — all due to world wars — this virus has created a new, mysterious territory in which to traverse.

And while some will view the potential postponing the Games an overreaction at this point, judging such a move in these unknown times isn’t fair.

When qualification for 2020 was stopped due to the virus, Fields ranked No. 1 among Americans and had stamped his ticket to Tokyo.

But as much as his gold in Rio brought newfound sponsorships, continuing to earn off the track goes hand in hand with shining in the biggest moments.

And there is none bigger than the Olympics.

“Winning on that platform produces so many financial opportunities,” he said. “We’re a small sport. I didn’t win the 100 meters and am not an NBA champion. There is a lot of business and value tied to the Olympics … I’m 27. Most guys step away at 30. You get to the point where you don’t want to do it anymore.

“It’s a high risk sport, so when you have someone 20 competing against someone 30, the 20-year-old can throw caution to the wind a little easier. But if things are now pushed back, I’ll hopefully compete then and afterward decide about another four years.”

No matter what the future holds, whether he stands on that podium again or not, he knows the rush of it.

All the while draped in an American flag. 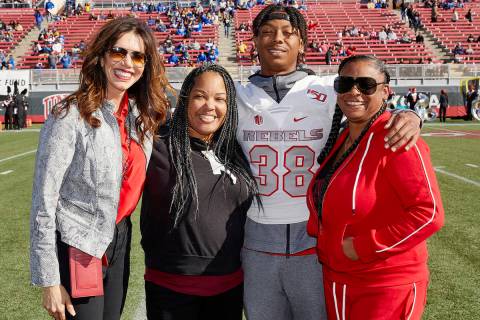 The former UNLV football player talks extensively for the first time about nearly being paralyzed in a 2018 win against Prairie View A&M. 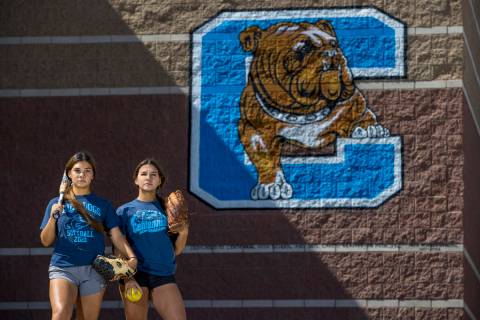 High school state tournaments would have been staged in numerous divisions and sports across the valley this week, all canceled due to the coronavirus. 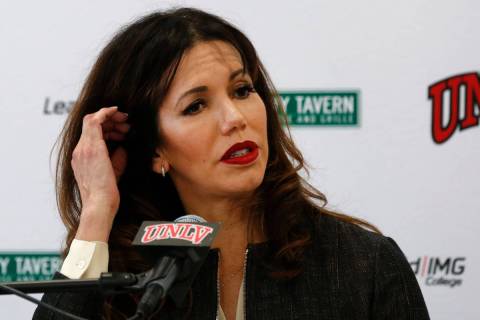 There is little chance UNLV athletic director Desiree Reed-Francois would turn down UCLA, despite the fact that its insides are a lot more challenging than the shiny exterior. 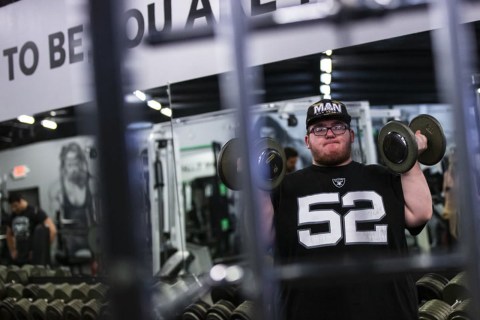 Paul Minor, 19 and once 451 pounds, has committed to losing weight while motivated by the Raiders landing in Las Vegas. 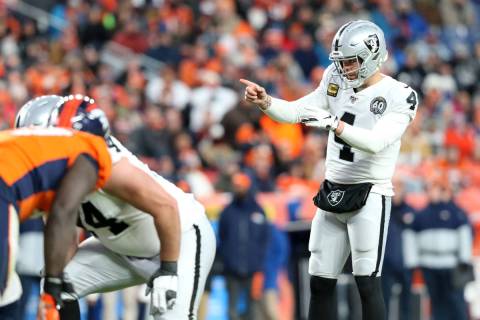 The NFL schedule has been released, so here’s an early look back at how the strange 2020 season played out. 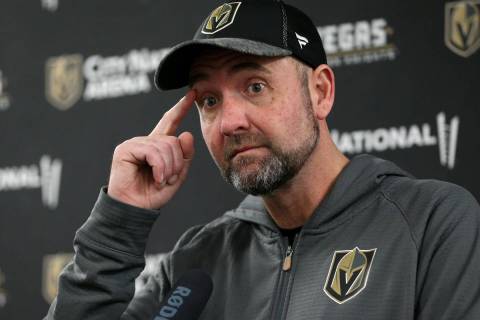 Golden Knights coach Pete DeBoer apparently wants to name a captain, but the team has never attached a “C” on a specific sweater. 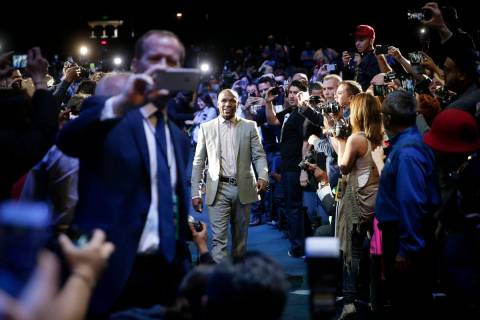 The richest fight in history reinforced a theme that what happens beforehand can far surpass what occurs in the ring. 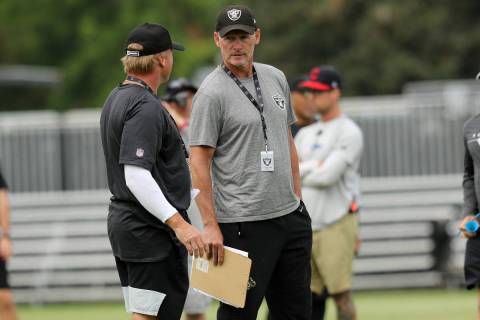 When grading Raiders, think of that ‘Who Knows?’ emoji
By Ed Graney / RJ

Judging what the Raiders have done since finishing last season 7-9 isn’t about pass/fail. Not until things begin for real again. All we really have are names on paper. 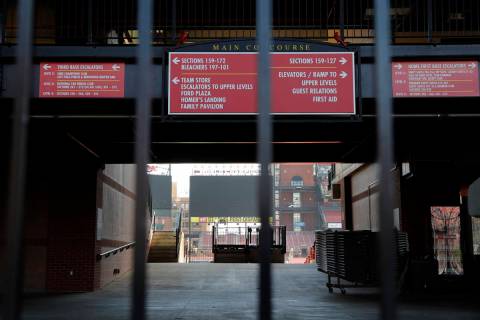 Sports was one of the first major entities to shut down due to COVID-19 and could be one of the last to come back. 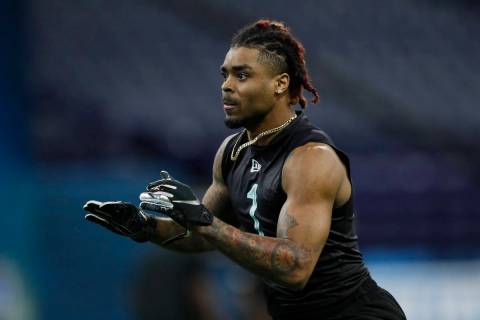 Was Damon Arnette a reach for Raiders? Depends on who you ask
By Ed Graney / RJ

Every draft board is different. All 32 of them. Each evaluation generates varying opinions about prospects based on team needs and collected data.