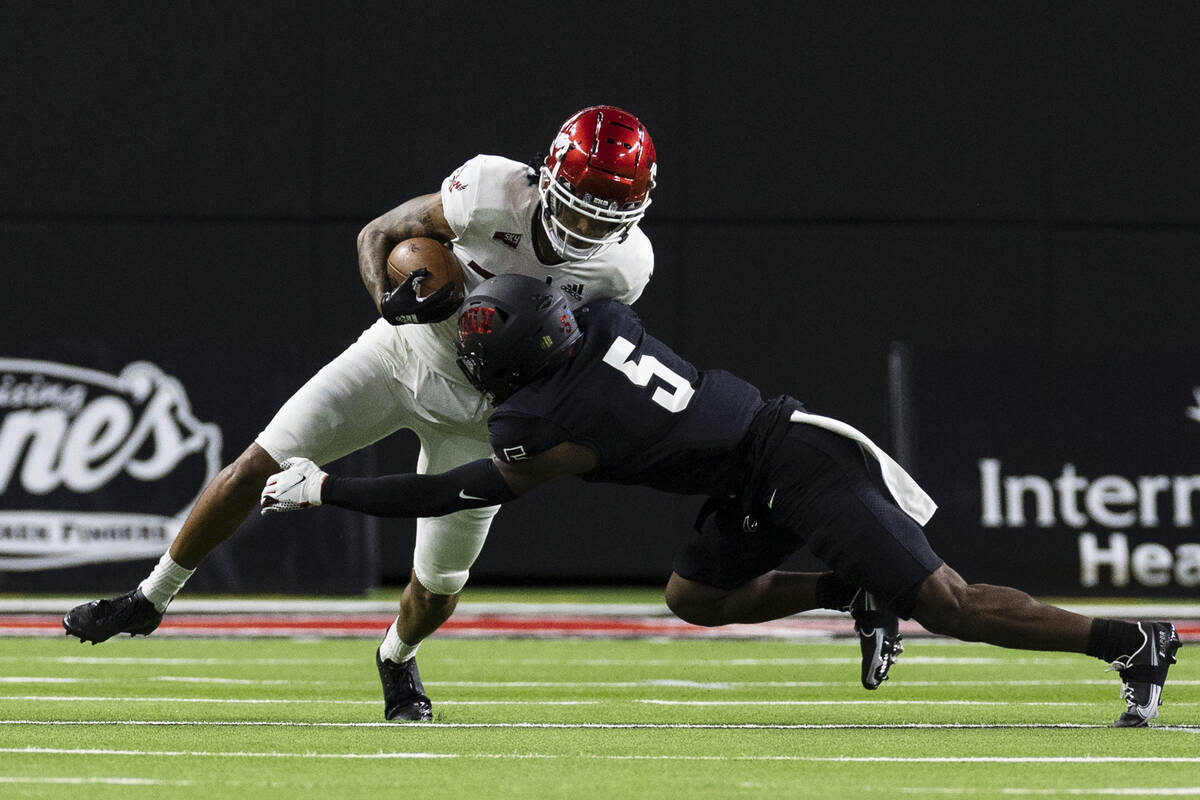 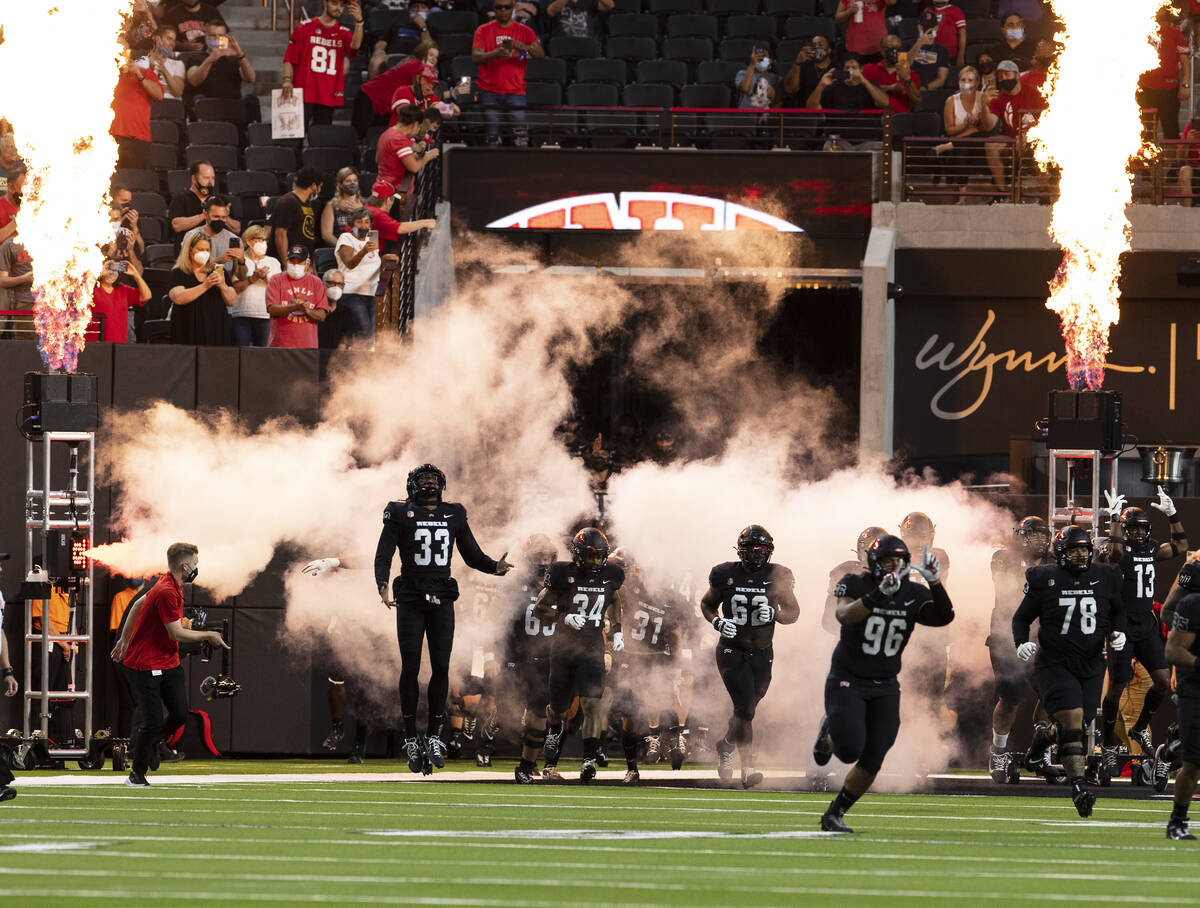 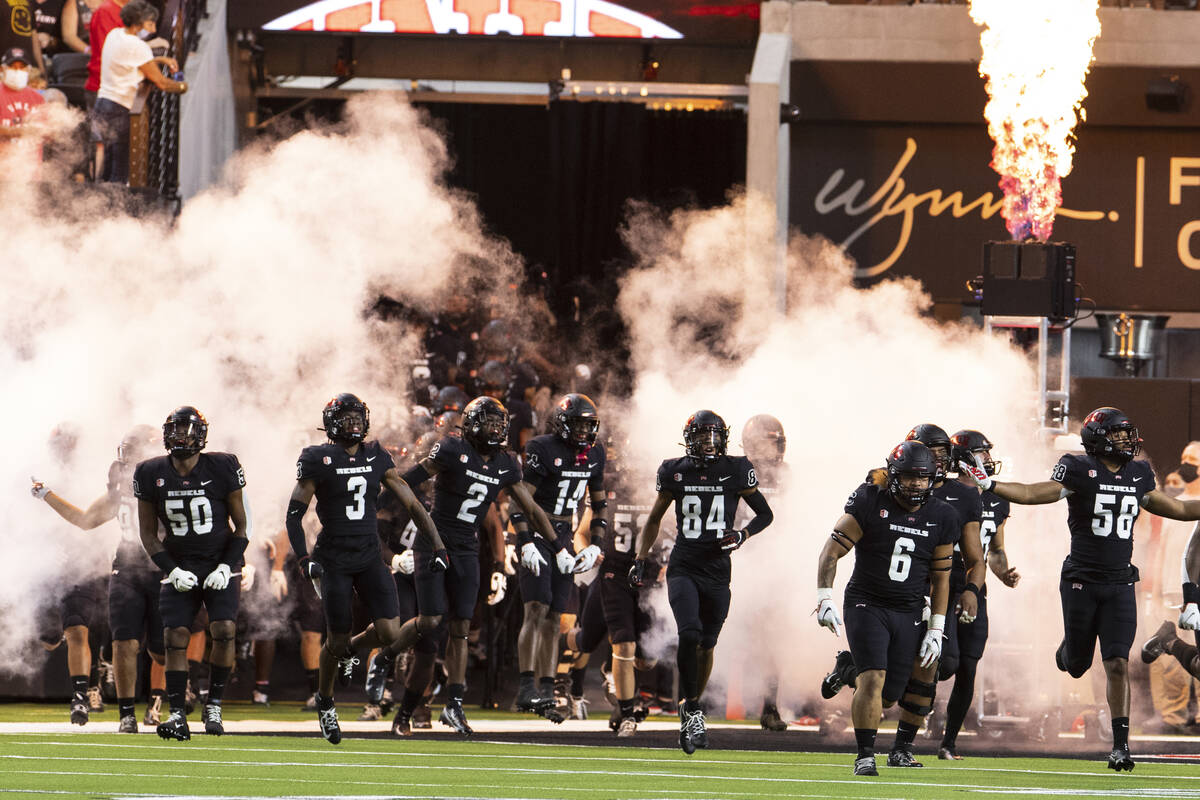 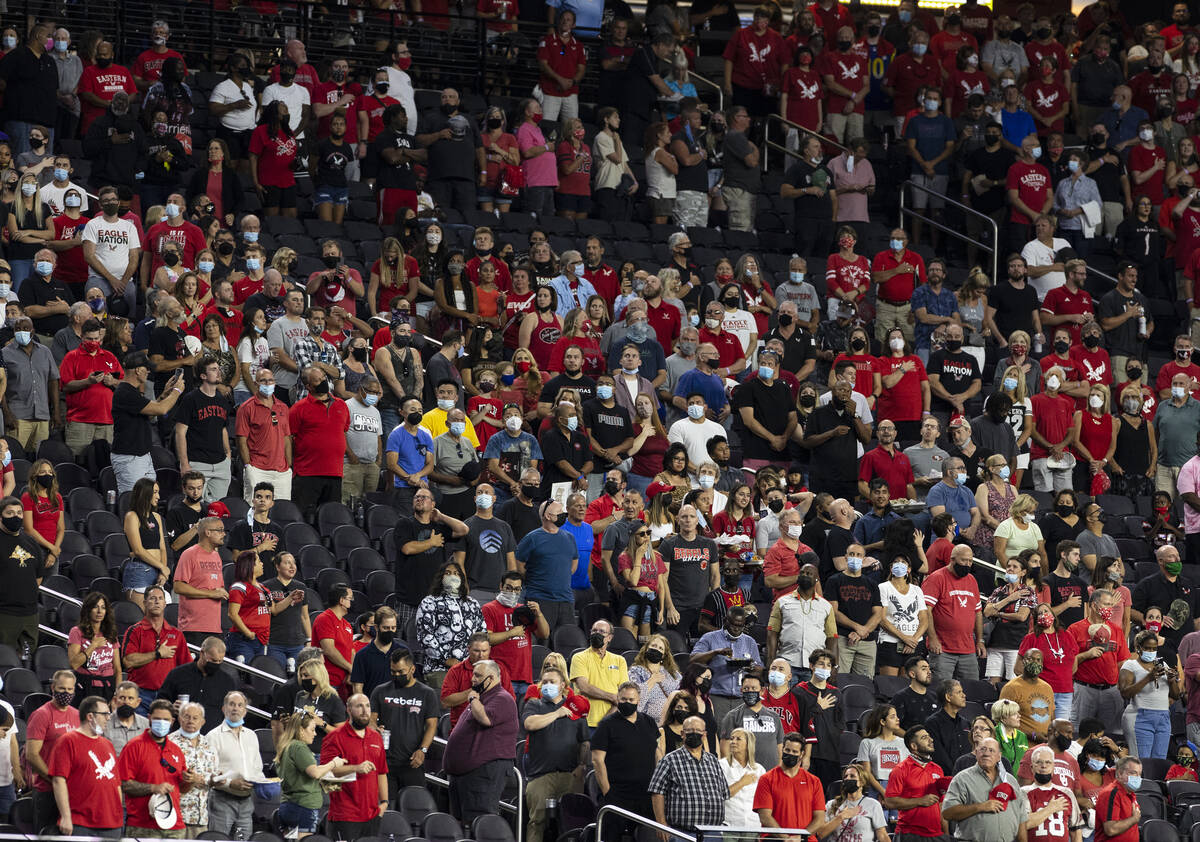 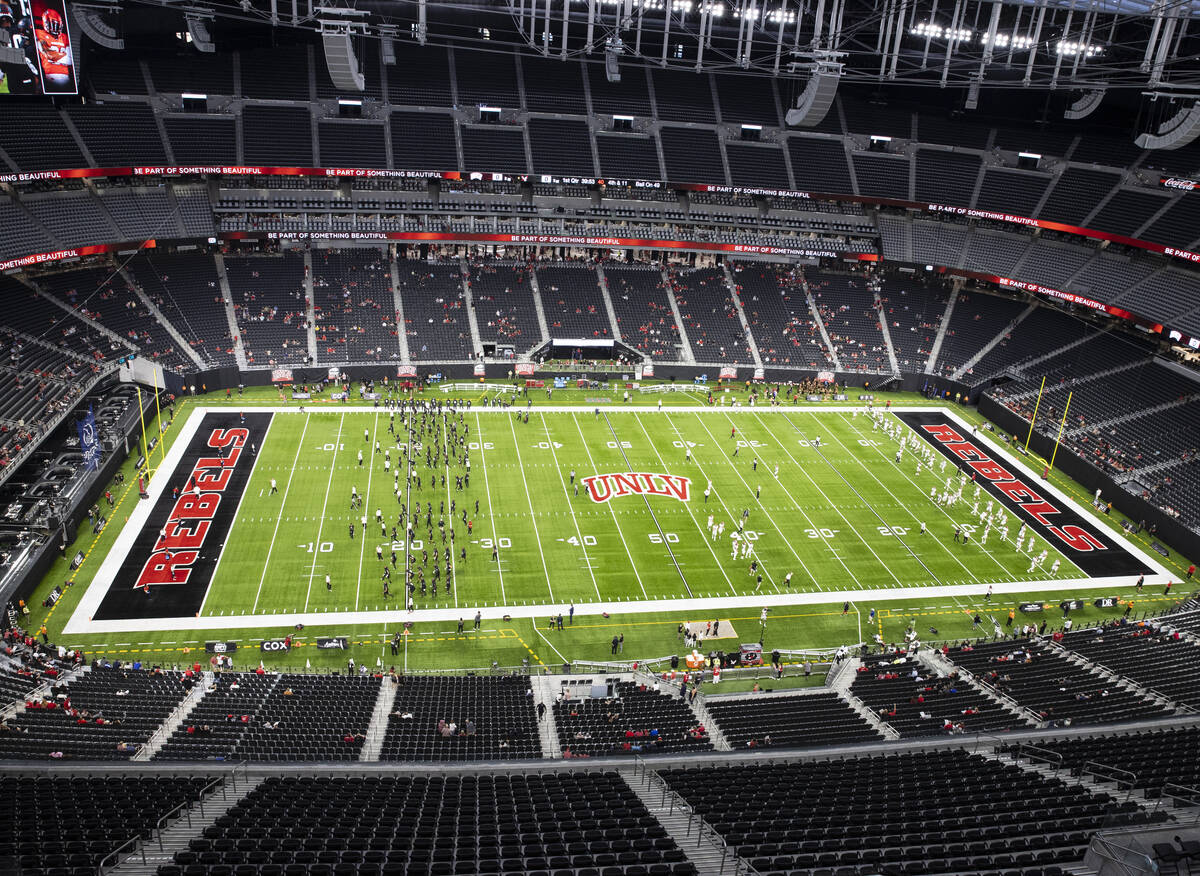 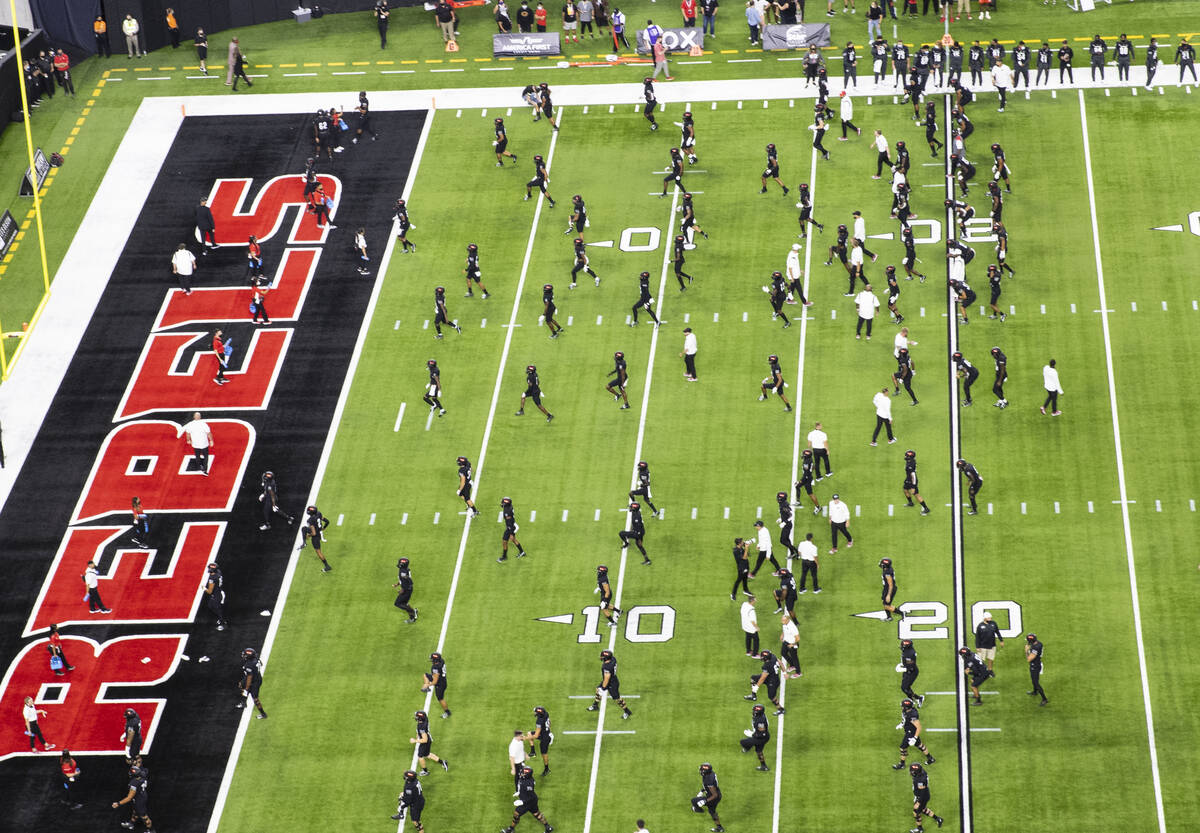 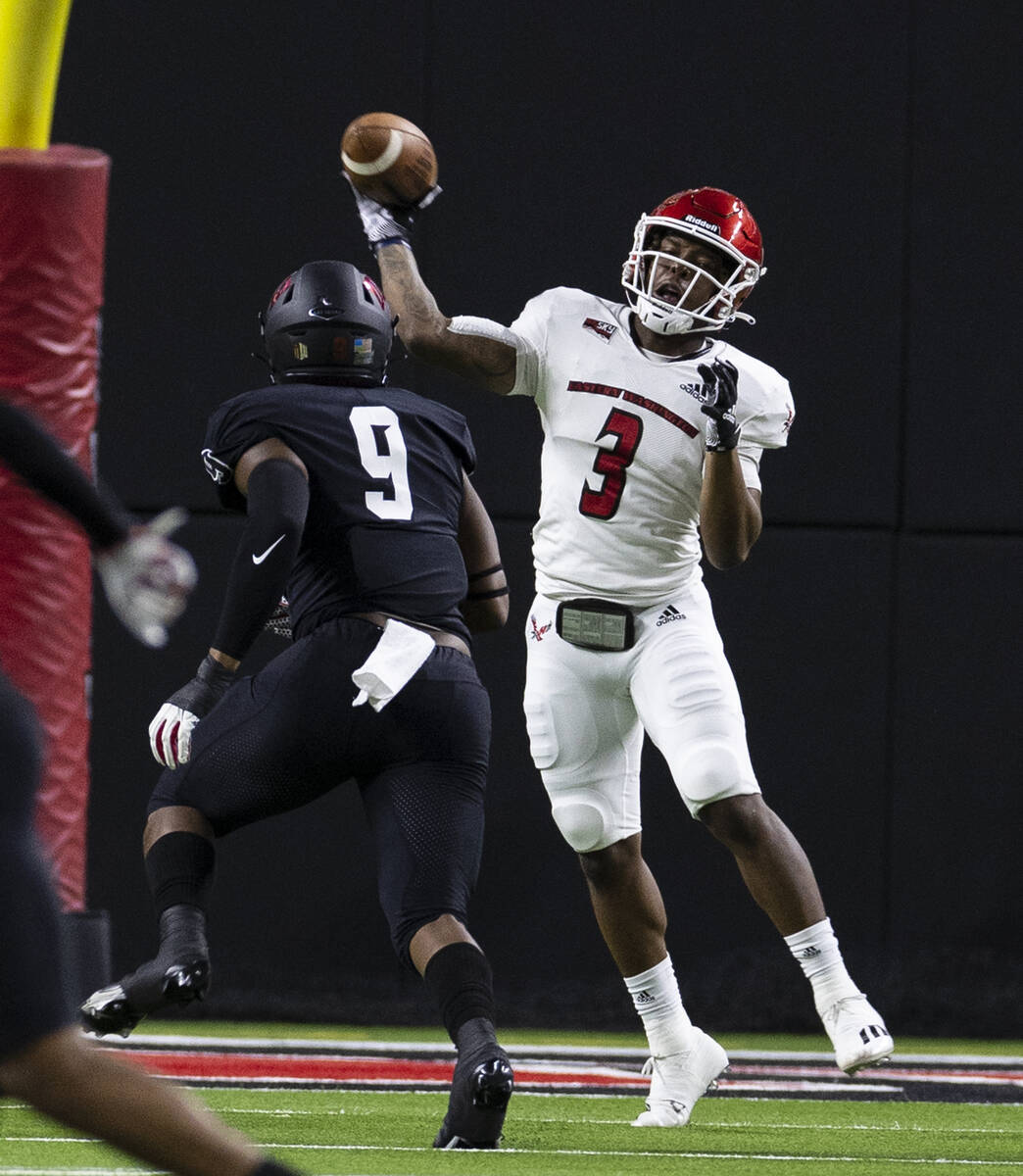 Here we go with the Rebels … yet again.

Marcus Arroyo Part II certainly didn’t begin as the UNLV coach would have preferred, his second season in charge opening with a loss to an FCS team before 21,970 at Allegiant Stadium.

Here’s all you need to know about what type of night it was for Arroyo’s offense prior to overtime: Coming out of halftime, a possession it gained by winning the opening coin flip and deferring, UNLV went delay of game, false start, run for loss, run, false start, run, punt.

How in the world do you have a delay penalty following intermission?

Arroyo chose to start sophomore Justin Rogers at quarterback, and his was a struggle from the outset. A major reason why is how inferior UNLV’s offensive line proved to be. It was overmatched. Which is amazing given the opponent.

But even as sophomore quarterback Doug Brumfield came off the bench to spark a second-half rally, the Rebels needed their defense to win the game. Think about that.

It was a basic sweep left. Not much to it. The simplest of ways to begin a football game.

But then UNLV junior linebacker Jacoby Windmon sprinted across the field and hammered Eastern Washington running back Dennis Merritt out of bounds.

This isn’t to say a tone was set. It’s to suggest a longstanding weakness might finally be addressed. That is, when the defense is not gassed in the second half and into overtime because the offense proves so inept.

It’s strange. At few points across the country might you discover a local NFL and college team that share such a deficiency as this: The Raiders and Rebels aren’t good defensively. Haven’t been in some time.

Both have surrendered yards of late in large chunks. But for the first 30 minutes and 10 or so into the final 30 of regulation, UNLV at times showed the sort of toughness and anticipation and physicality needed to play good defense.

UNLV waited some time for this event. When there would be no attendance restrictions due to the pandemic. When they could welcome more than a few thousands interested parties. When a festive atmosphere could commence outside and be carried into a home shared with the Raiders.

And it was all of that. The band and cheerleaders. A crowd that cheered every positive gain and booed every questionable call (see the first-quarter targeting flag/ejection of UNLV cornerback Nohl Williams). Passion from the stands.

It had more of a college football feel than any involving the Rebels in some time. I mean, a really long one.

The total around town rose to 69 points earlier Thursday. It was 66 at kickoff. The final total was 68.

I’m not sure UNLV can score a total of 66 over the next month when things get much harder, although the Rebels, with the help of two overtimes, did score half that many Thursday night.

The Rebels now travel to Arizona State before hosting No. 7 Iowa State and then hitting the road to meet Fresno State in a Mountain West opener.

After that, it’s a trip to Texas-San Antonio. The Roadrunners — who are just a 5½-point underdog to Illinois this week — can get after it.

Beginnings can be memorable or brutal. There isn’t much in between when talking wins and losses.

Except this one. It was just nuts.

Putting the debacle in proper perspective: UNLV trailed 13-6 with 5:12 remaining in the third quarter and faced fourth-and-inches from its own 24.

Against an FCS team.

Even on a night when the Rebels couldn’t block me.