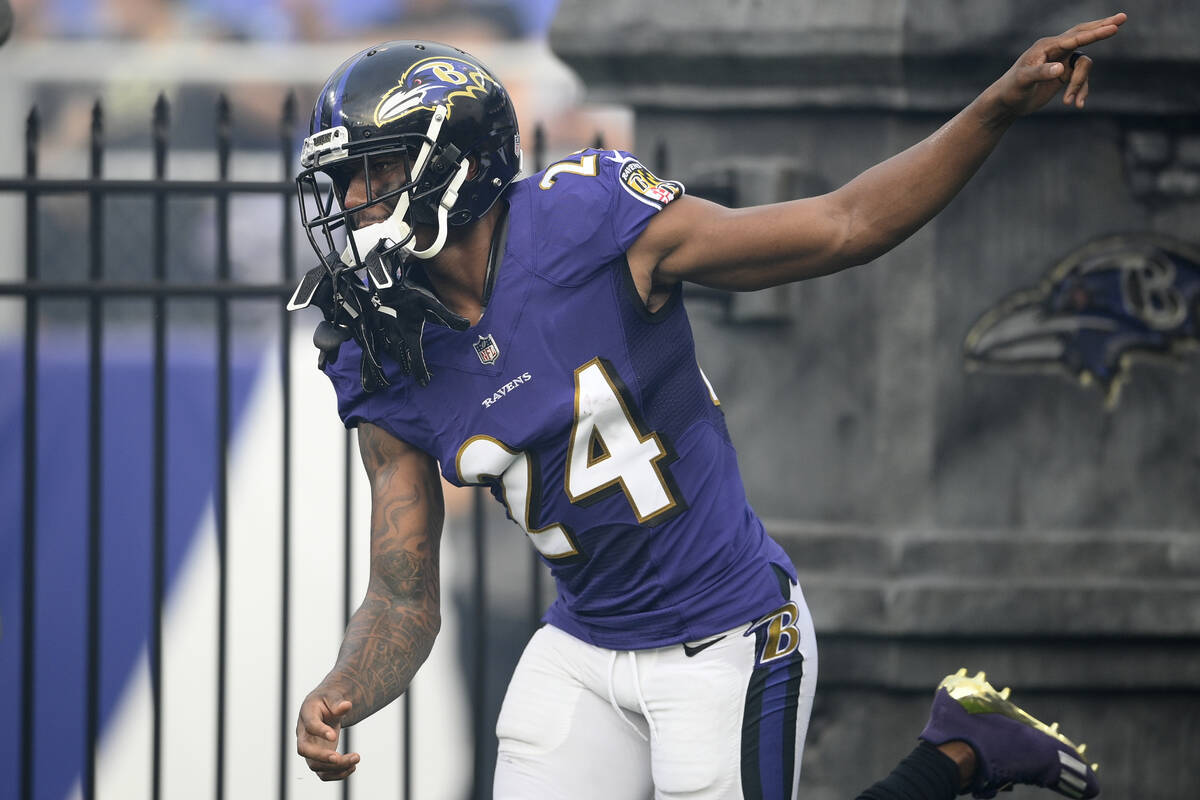 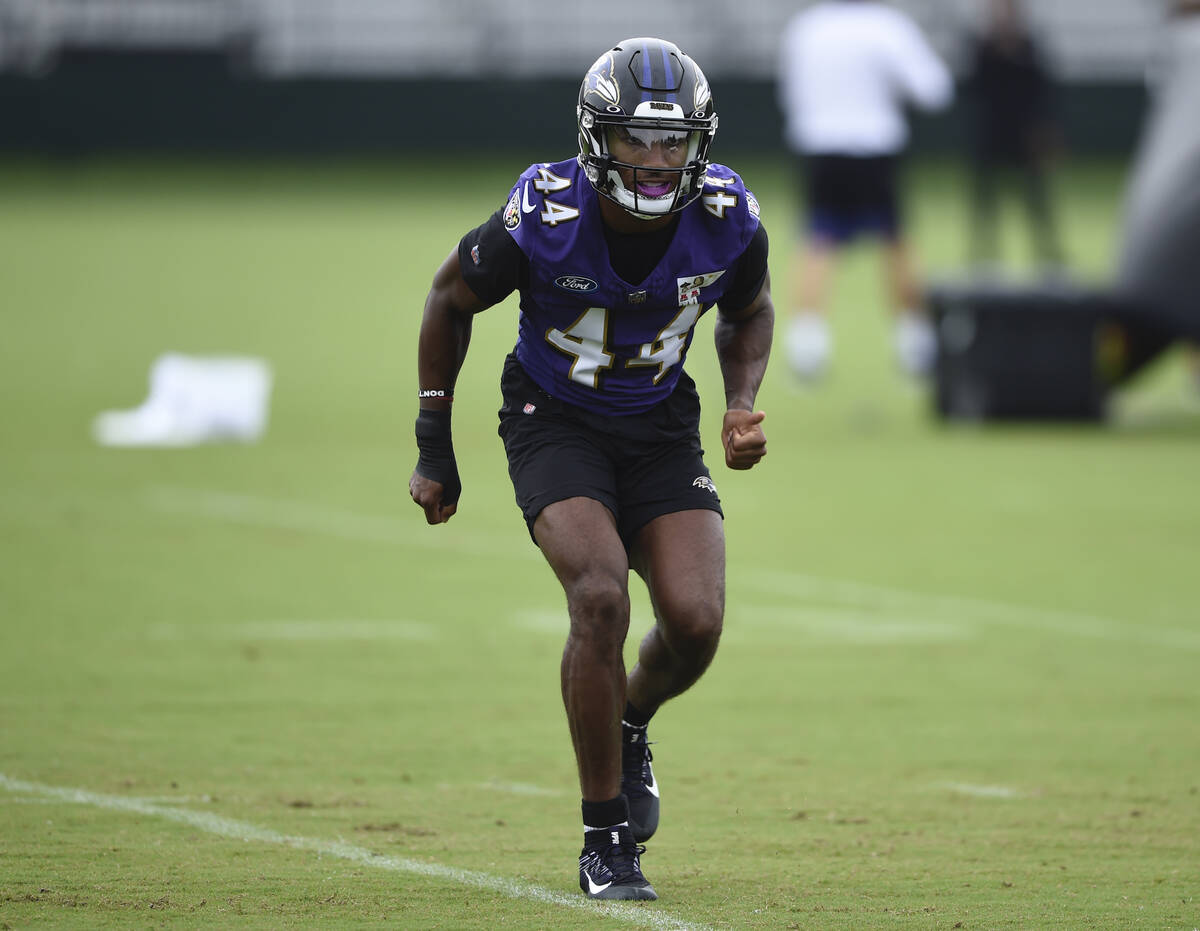 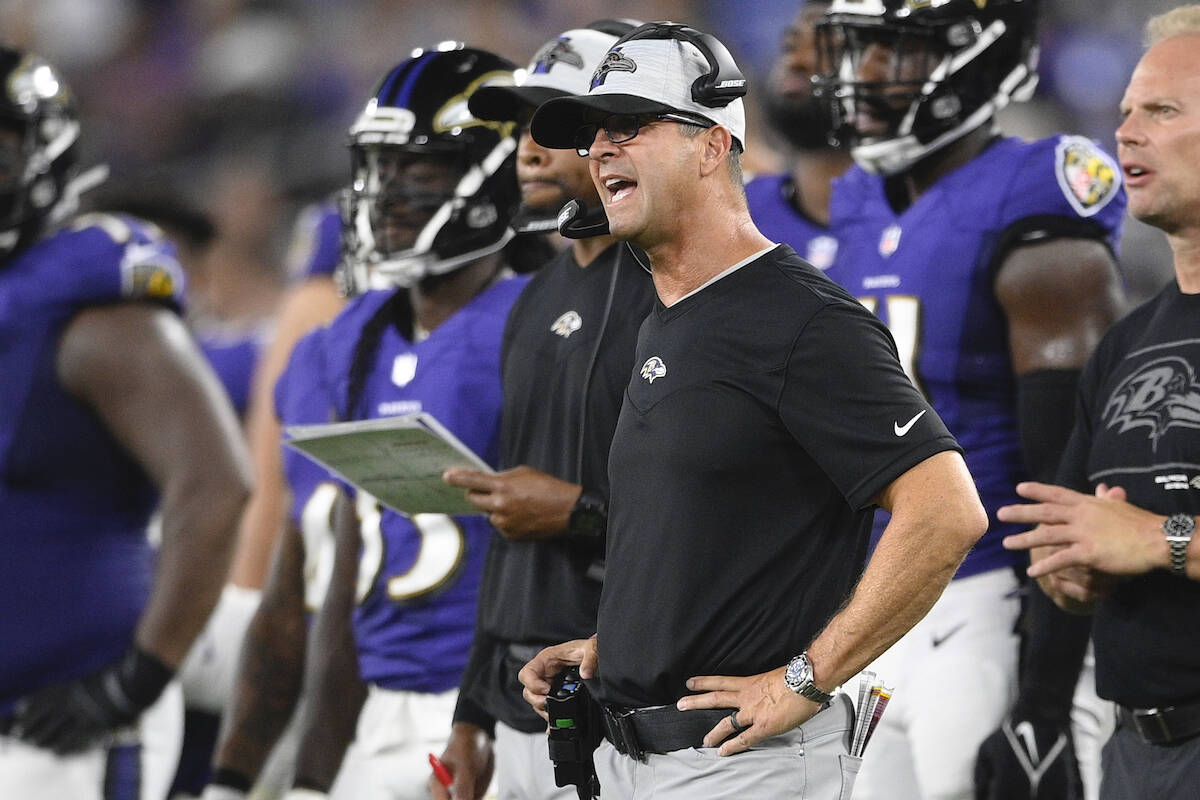 Marcus Peters is one of the NFL’s best cornerbacks. He’s an All-Pro with 31 career interceptions. On Thursday, he suffered a torn ACL.

Which would have seriously hampered most of the league’s 32 defenses. Baltimore isn’t most.

The sky is blue, the weather is scorching and the Ravens have another stellar defense. Holla if you have seen this flick.

Baltimore opens its season against the Raiders on “Monday Night Football” at Allegiant Stadium and will do so without Peters, injured in practice and lost for the year.

But while change might be constant in most things, the reliability by which Baltimore defends borders on the absurd.

It won’t be about outscoring the Ravens. It will be about the Raiders scoring enough.

“They do a lot of different things,” Raiders running back Josh Jacobs said. “They got some guys. They got some dogs.”

Dogs can get pretty ornery. The Ravens do much of their barking in the back end, from which the defense is built. Even without Peters — certainly a significant loss — you’re still talking about a side that held opposing quarterbacks to under 6 yards per attempt last season.

Baltimore also has Marlon Humphrey at the other corner. He’s better than anyone in the NFL at the position not named Jalen Ramsey.

So, you know, that sort of praise.

The blitzes from Baltimore will be more innovative than standard come Monday. A front that returns three starters could make things all sorts of difficult for a rebuilt Raiders offensive line.

Double that trouble should veteran guard Richie Incognito be sidelined with a calf injury. Jacobs was also slowed in practice this week with a bum toe but will play.

As an offense, you can be totally healthy or bruised and banged up against the Ravens. It might not matter.

When their run defense is on — did you watch the 2020 playoffs? — forget about it.

What they are is sound and smart.

The Ravens have let high-priced veterans walk over the years because of their unyielding belief in the system of which Gruden speaks. Football might be won in most trenches, but Baltimore has proven a more-than-capable secondary can also produce countless stops.

It’s going to be a test of who’s tougher. Gruden is certain his team can not only accept the challenge but prove to be the more physical side. Few teams win that battle against the Ravens.

It’s absolutely a believe-it-when-we-see-it theme regarding the Raiders.

“There is history to (Baltimore’s defense),” Raiders offensive coordinator Greg Olson said. “Obviously, (Peters) is a tremendous player. Those injuries happen. We’ll have a plan just like we had a plan when he was going to be involved. Things change.”

I don’t know the plan. I just know Ravens coach John Harbaugh last lost a season opener in 2015, and that over the past three seasons, Baltimore has won its first game of a schedule by an average score of 38-6.

So the plan better be a doozy. It better include a way for the Raiders and quarterback Derek Carr and Jacobs and all those around them to attack a defense that again stands and tackles among the NFL’s best.