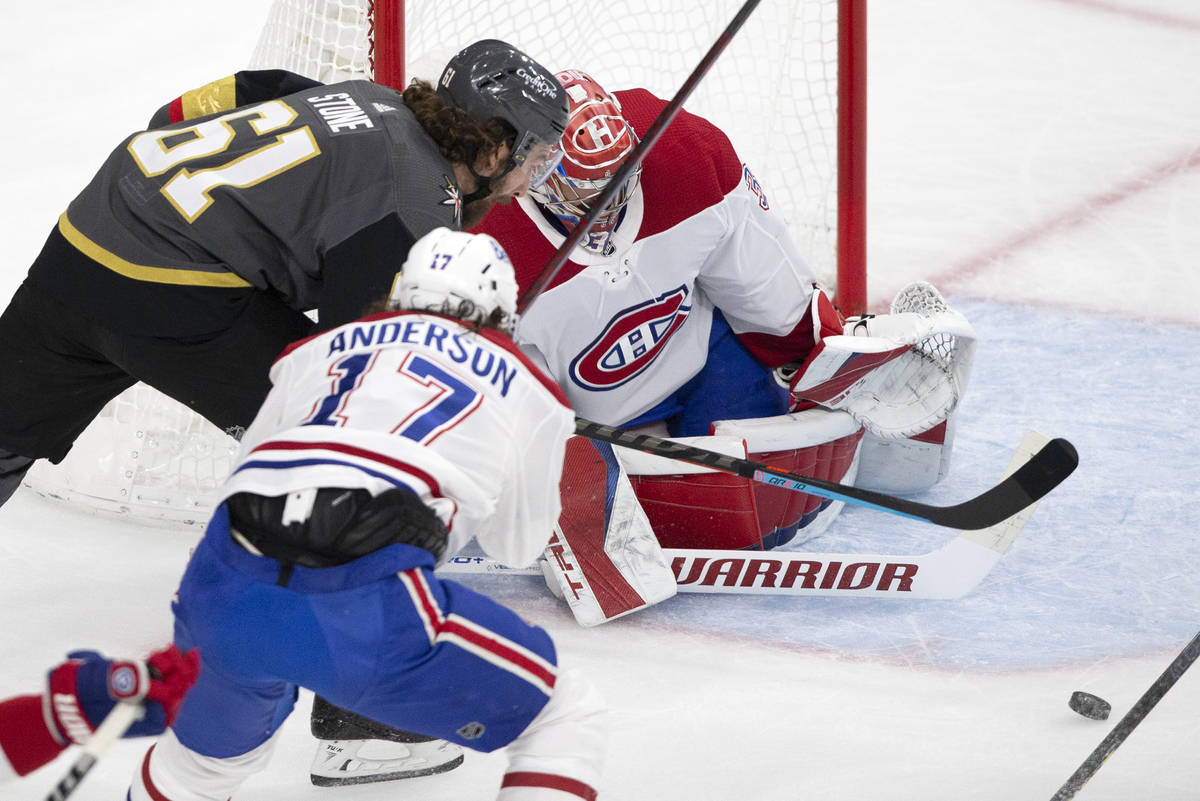 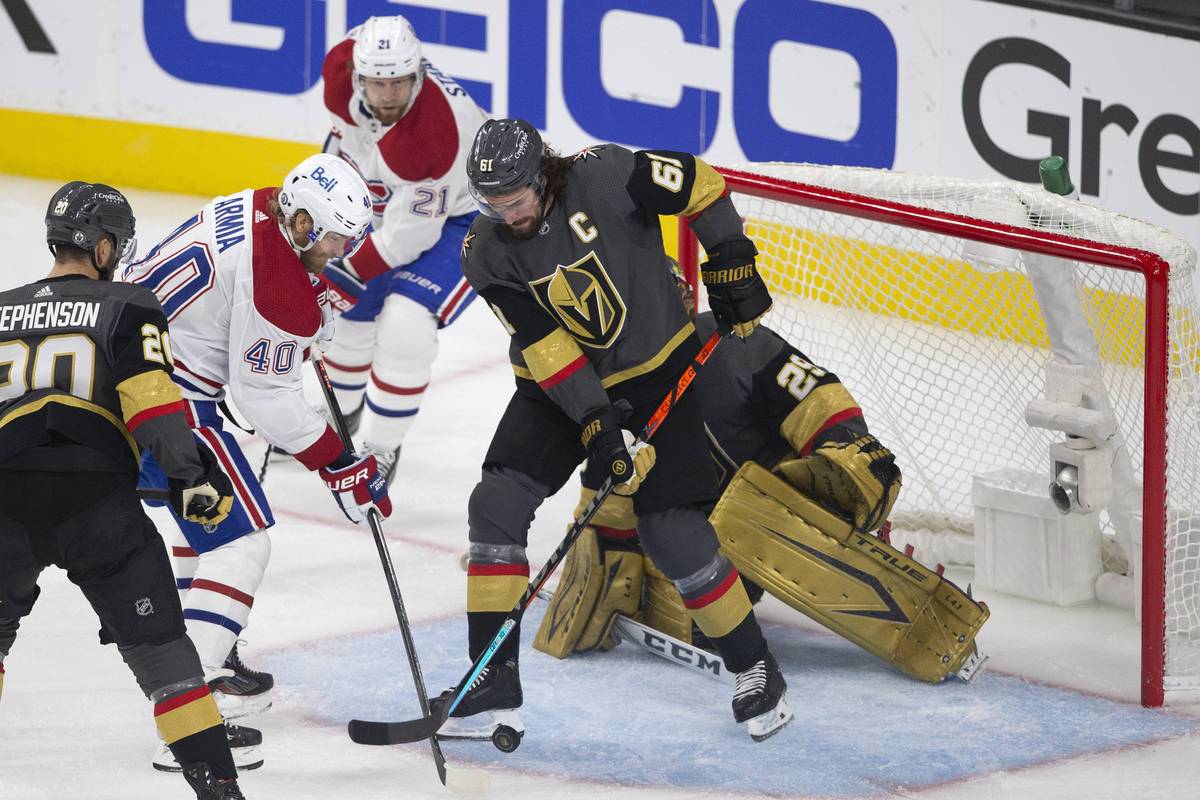 It was seven games ago.

The Golden Knights are one loss from elimination in the NHL playoffs, meaning it might be a good time for their captain to join the fray.

Montreal had little issue skating into T-Mobile Arena on Tuesday night and leaving with a 4-1 victory before 17,969 in Game 5 of the best-of-seven Stanley Cup semifinal.

The series returns to Montreal on Thursday for Game 6.

Should he register a point, it would be Stone’s first of the series.

Sports are a roller coaster of emotion and performance and outcomes. It was Stone who scored that dramatic overtime goal in Game 5 against Colorado of the previous series, lifting the Knights to a critical road victory on his only shot of the night.

Now, the team’s best player hasn’t in any way delivered like that against Montreal.

“They’re a good team, and they’re doing some good things, but we have to find some answers. The good news is, we’re still alive. We have to go and win a game and get this back to Game 7.”

It begins with Stone, who was not among those players made available for a postgame media Zoom session.

He is everything a captain should be — a consistent but unpretentious leader, incredibly driven to win, deferential to teammates at the first mention of his individual success.

But frustration has set in. That’s more obvious than the loud boos that greeted the Knights at different times Tuesday.

Example: It was Stone who turned the puck over at the blue line while the Knights were trying to kill a penalty midway through the second period and down 2-0. As the Canadiens rushed forward, Stone coasted behind, not back-checking with any level of authority.

His was more a casual stroll through the neighborhood.

Just an alarming lack of effort.

For it, Stone never reached Montreal rookie Cole Caufield, who hammered a one-timer past Marc-Andre Fleury off a terrific drop pass from Corey Perry.

“This isn’t a night where we’re going to pile on people,” DeBoer said. “We’ve been on a long playoff road, and we’ve had a lot of unbelievable efforts. It was an off night by everybody. Everybody is in the boat, not just Mark Stone.”

He has that right.

We are five games into a semifinal series, and the Knights have one goal from their top six forwards plus Alex Tuch. Montreal center Nick Suzuki — remember him, Golden Knights fans? — has more points (five) than Stone and fellow front-liner Max Pacioretty combined (three).

In five games, Stone has registered six shots and played to a minus-3. Nearly invisible.

Now, this is playoff hockey. Things change with the wind. A world-class player like Stone could show up on the road Thursday and be the central reason the Knights win and return to Las Vegas for Game 7.

I don’t know if he needs to be that big a difference, but he better be some level of one. Time is ticking.

As the final seconds counted down Tuesday, two different sounds emanated throughout the arena. On one hand, Canadiens fans serenaded their team with a traditional Olé, Olé, Olé chant that has been synonymous with the franchise since the late 1970s.

On the other, more boos rained down from the hometown faithful.

Yeah. It’s nervous time for the Knights and their fan base. Someone needs to step up and lead.

Who better than a captain?