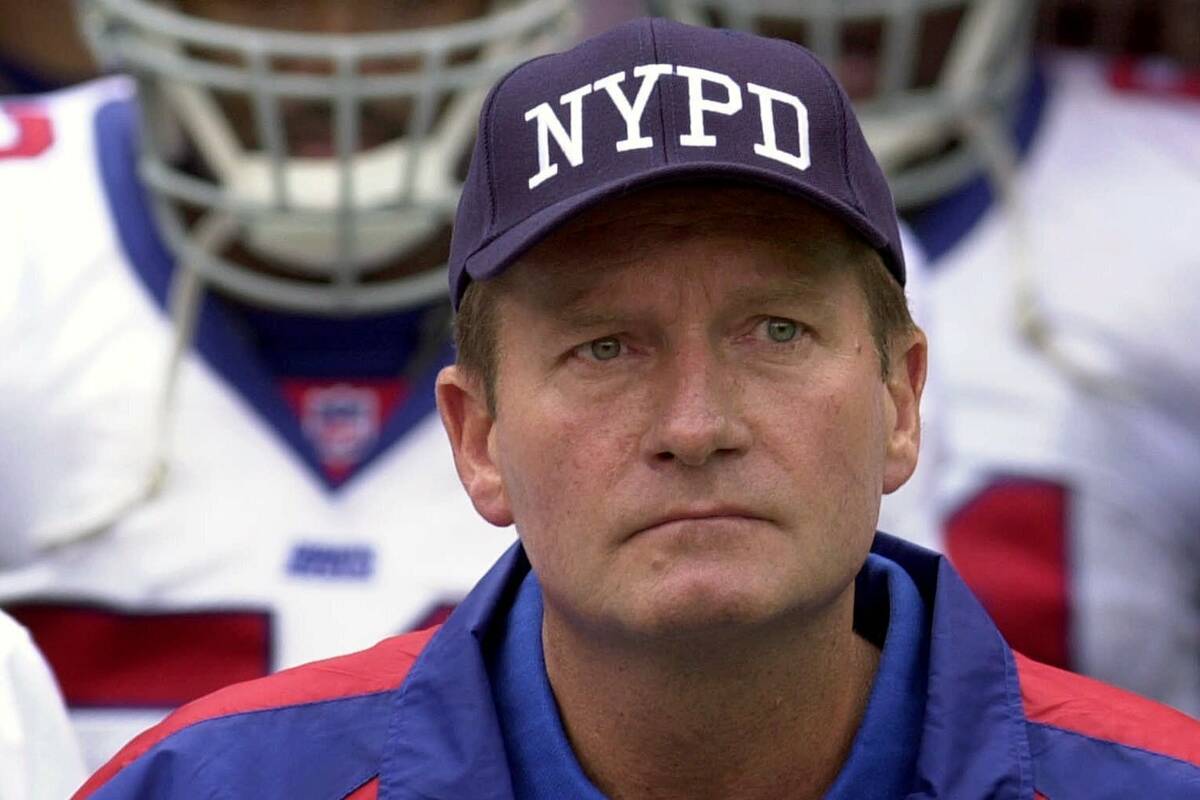 I can’t write about or discuss 9/11 and not first think of Jim Fassel, the former New York Giants head coach whose team in 2001 was a season removed from a Super Bowl XXXV loss to Baltimore.

Fassel — whose foundation gave more than $1 million to families of police and fire and Port Authority officials who perished in the terrorist attacks — also coached the Las Vegas Locomotives of the United Football League.

Jim was a good friend who died this year. He was 71.

When he talked about that horrifying day 20 years ago, a million eerie feelings rushing back, tears inevitably welled in his eyes.

Fassel remembered walking through the ash. Picking up the credit card and driver’s license of a young man not yet 21.

Sports were Fassel’s life, so he believed they might provide a needed diversion.

Because they always have. It’s a given.

Instant cameras made a comeback years ago, the ol’ point-and-click images of another time. It’s a way for us to instantly recall our most vivid memories without trusting often fractured modern-day technology.

Healing, it is said, does not mean the damage never existed. It means the damage no longer controls our lives.

Sports helped with that in the days and weeks and months following 9/11.

Close your eyes. It’s all still there. Detailed in both unfathomable sadness and improbable inspiration.

The football recovered across the street from the World Trade Center.

Thousands crying though the chants of “USA!” while waving American flags.

George W. Bush throwing out the first pitch of Game 3 of the World Series.

Joe Andruzzi standing near his three brothers — all firefighters — for the coin toss of Jets-Patriots.

Nothing stresses a community — or, in this case, a nation — like having to recover from such an attack. But sports again became a vehicle by which to begin the long and difficult process of recovery.

It was the same after Hurricane Katrina and the Boston Marathon bombing and as floods washed over Houston.

The same after our own town fell victim to the deadliest mass shooting in modern U.S. history.

But what happened two decades ago on a crisp September morning amid brilliant sunny skies, perhaps more profoundly than other tragedies listed above, is that the significance of sports was intently scrutinized.

Whether they were merely an escape from the terrible impact on so many lives or something more critical in nature is for you to decide. But sports mattered. In both a small and massive way.

One of the stories Fassel often imparted sticks more than any other.

It was about those 50 or so cars he spotted at a Park-N-Ride at 5:30 a.m. the day following 9/11. He wondered why what was usually an empty lot at that hour was so busy with commuters heading into Manhattan.

Cars that were still there a week later. And a week after that.

“After a while,” Fassel told me years ago, “I realized they belonged to people who had been in the World Trade Center.

Point-and-click images of the most unspeakable of times.

We all have our own.

Never to be forgotten.