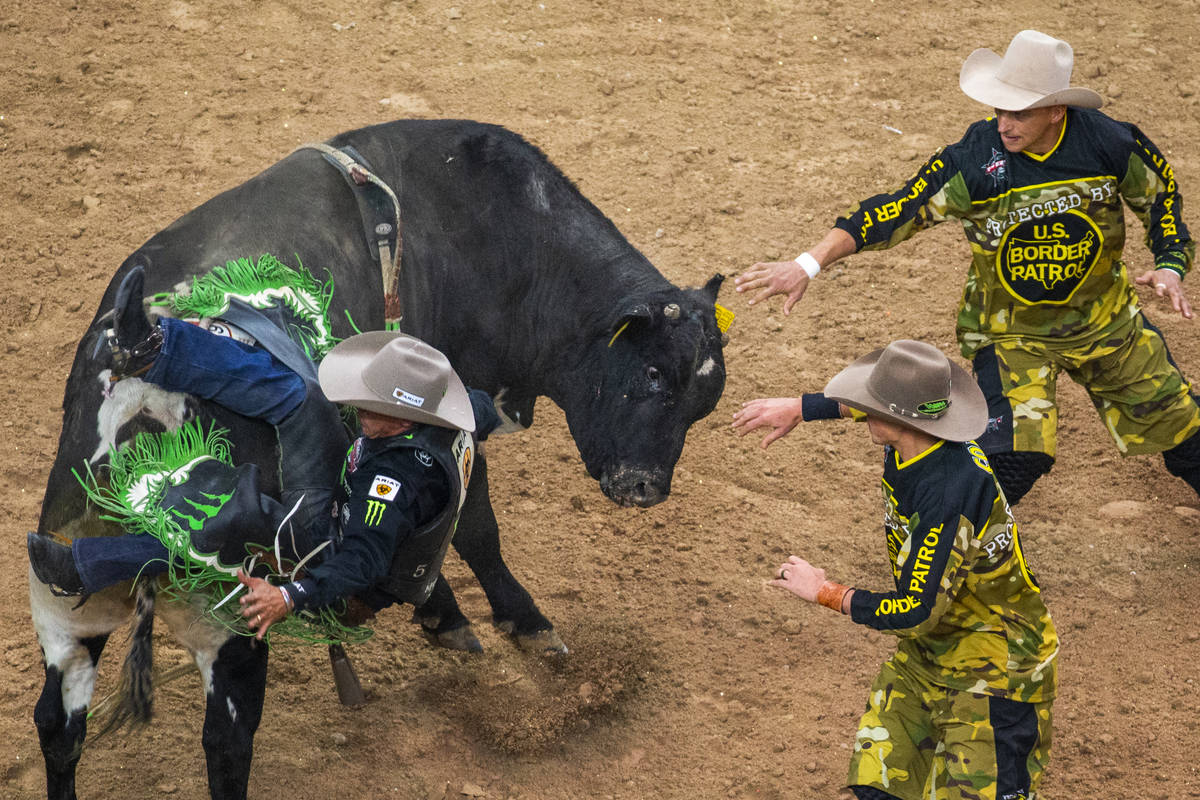 Marco Eguchi falls off the back of Wild Child during the third day of the PBR World Finals at T-Mobile Arena on Friday, Nov. 8, 2019, in Las Vegas. (L.E. Baskow/Las Vegas Review-Journal) @Left_Eye_Images

No bull, but yes bulls: Live sports is returning to Las Vegas.

Professional Bull Riders will bring 48 of its top cowboys to the South Point beginning June 5 for a team challenge event, the resort and the organization announced Sunday.

The local portion of the PBR Monster Energy Team Challenge — closed to the public because of the coronavirus pandemic — will be held each Friday, Saturday and Sunday through June 28 in the resort’s equestrian arena. Staging will include a scaled-down crew, medical testing, functional separation and social distancing, according to the PBR.

The finals, at the Denny Sanford Premier Center in Sioux Falls, South Dakota, on July 10 to 12 will be open to the public.

CBS Sports Network will televise the Friday and Saturday competitions from the South Point, while the Sunday “Game of the Week,” as the PBR is calling each weekend final, will air on CBS (KLAS-8).

The “regular season” will feature 48 cowboys divided into 12 teams and two divisions, facing off until a winner is decided. Each night of action will have three head-to-head showdowns between three riders from one team and three riders from another.

The regular season will be used to determine six playoff teams, which will compete in a single-elimination tournament at the South Dakota final.

Roster information will be available in the coming weeks, according to the South Point announcement.

“We are proud to partner with the PBR in bringing the world’s best bull riders to the South Point Arena. There is no better place than Vegas Cowboy Central to put the sports and entertainment capital back on television. Las Vegas will always be here to entertain you, even if you can’t be here,” South Point general manager Ryan Growney said in the statement.

The PBR holds its annual World Finals in Las Vegas every fall.

“After successfully holding closed events in Oklahoma that utilized a comprehensive wellness and safety plan now being reviewed by other leagues, we have added protocols to provide fans a secure place to enjoy a new exciting team format,” PBR commissioner Sean Gleason said in a statement.

“We want to thank our fans for their patience and cooperation, as well as our venue, city and state partners, including (South Dakota) Gov. Kristi Noem, for collaborating on these measures for bringing this new team tournament in front of fans in an environment they’ll be comfortable in,” he added. 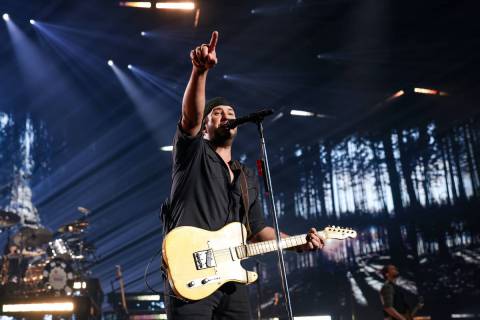 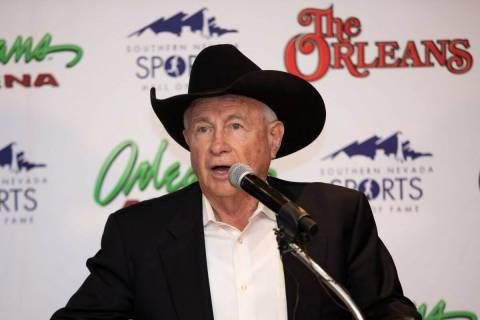 Shawn Davis, who will be inducted into the Southern Nevada Sports Hall of Fame on Friday, cast the tie-breaking vote that brought the National Finals Rodeo to Las Vegas. 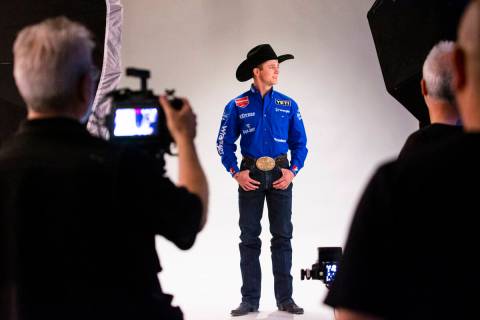 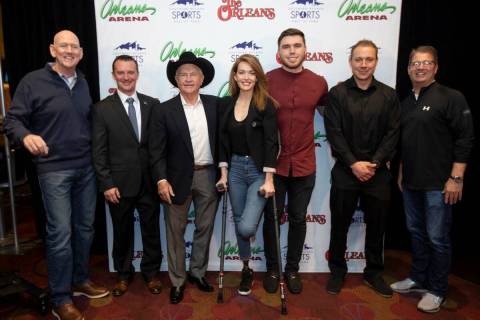 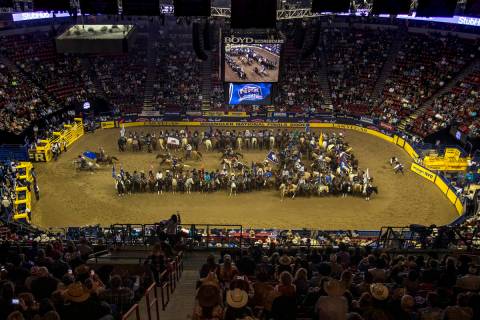 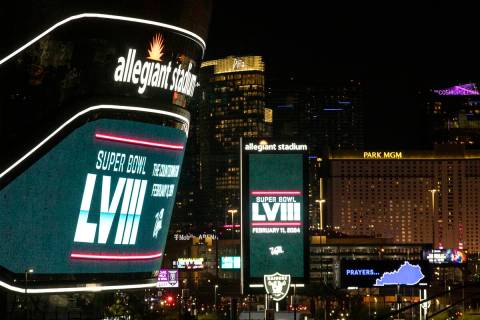 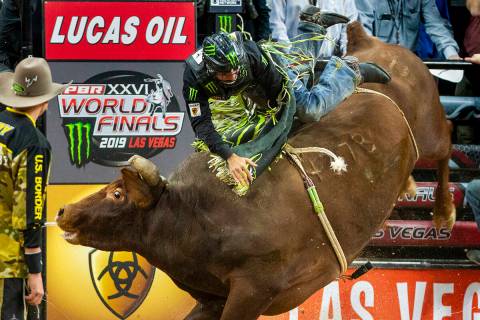 The Las Vegas Convention and Visitors Authority board of directors approved four major contracts, including a sponsorship deal for newProfessional Bull Riders event. 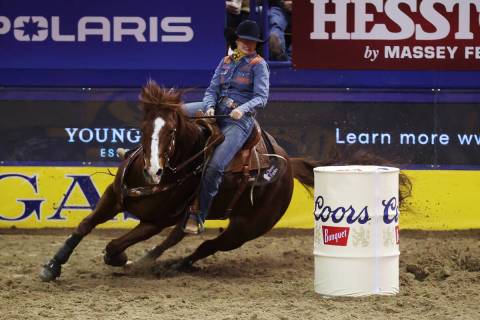 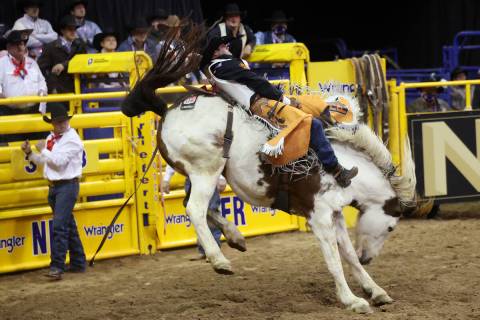 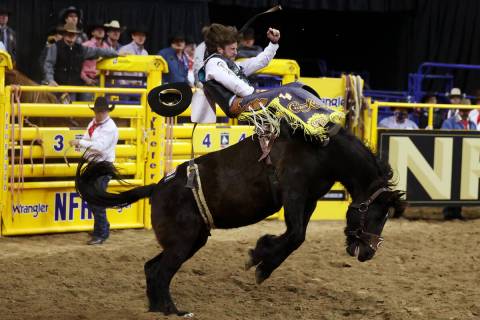