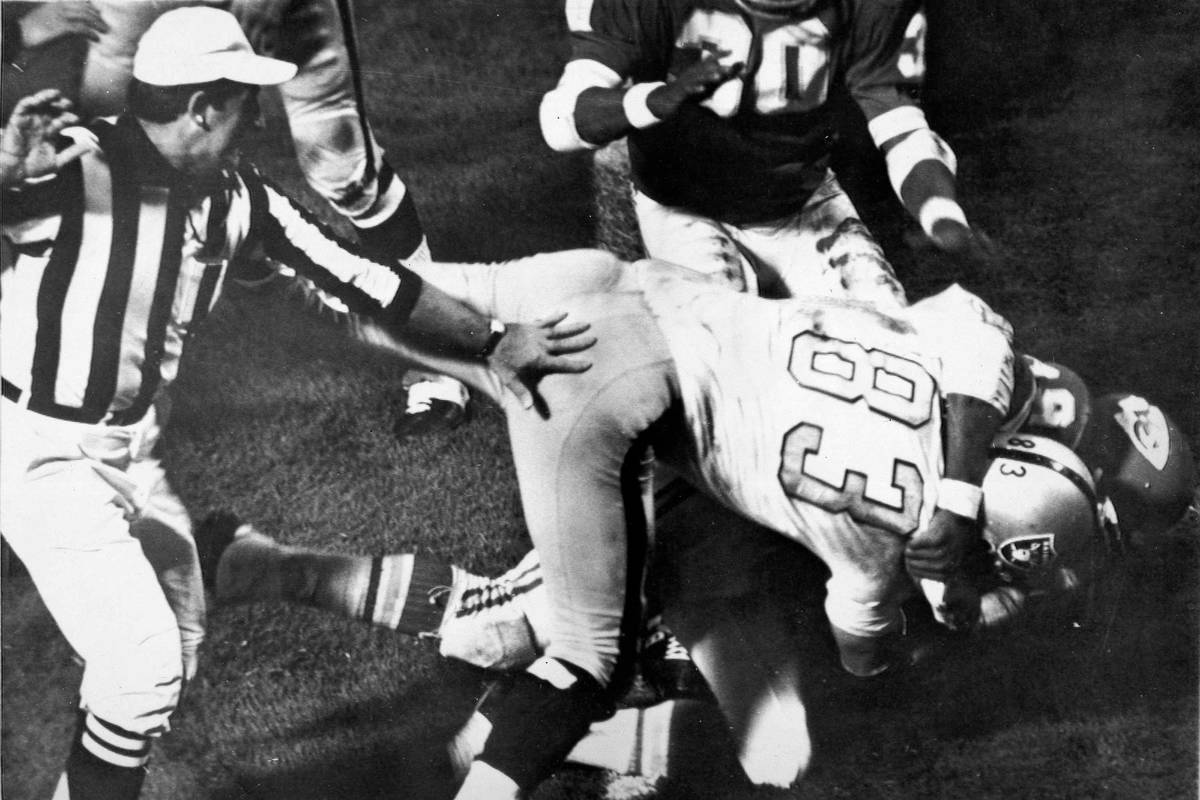 Otis Taylor of the Kansas City Chiefs, underneath, grabs Ben Davidson, on top, of the Oakland Raiders and they begin to roll on the ground at the start of the hassle that delayed the game. Davidson had just jumped on Len Dawson, the Chiefs' quarterback, and Taylor jumped him. Oakland tied the game in the final three seconds with a field goal, 17-17. (AP Photo/Kansas City Star)

Old football rivalries rarely die, but every now and then one gets buried.

It happened in the case of Chiefs versus Raiders, combatants in one of pro football’s most iconic rivalries who will exchange pleasantries and perhaps personal fouls for the 124th time at Allegiant Stadium Sunday night.

Shortly after groundbreaking of the Raiders’ $1.9 billion football palace in November 2017, a photo of a worker at the new stadium when it was little more than a hole in the ground appeared on social media. He was wearing a white hardhat and dark glasses and was holding a small red and gold flag emblazoned with the words “Chiefs Kingdom” and the team’s arrowhead logo.

The stadium worker reportedly buried the flag near what today would be the 50-yard line.

Then on Monday of the current practice week, Chiefs coach Andy Reid told reporters the Raiders had taken a victory lap around Arrowhead Stadium in their team bus following their 40-32 upset of the defending Super Bowl champs on Oct. 11, a bit of high jinks that he felt was unsportsmanlike.

The Chiefs-Raiders rivalry is getting interesting again.

One won’t get an argument from perhaps the utmost expert on the Chiefs-Raiders rivalry.

“It’s kind of ebbed and flowed. Sometimes it has been a white-hot rivalry and other times not so much,” said Matthew C. Ehrlich, professor emeritus of journalism at the University of Illinois and author of “Kansas City vs. Oakland: The Bitter Sports Rivalry That Defined an Era” (Amazon).

“Now it seems to be heating up again.”

The Chiefs remain the team to beat in the AFC West. But with the resurgent Raiders having pulled to within striking distance and lots of football still to play, the teams are reprising the form that made their games so compelling nearly a half-century ago.

“The most important thing is that both teams have to be competitive,” Ehrlich said of the key ingredient of a sports rivalry not based on geography.

One other event that Ehrlich believes contributed to the rivalry occurred in 1968 when Charlie Finley, the controversial owner of the Kansas City Athletics, moved that franchise to Oakland.

“The baseball team’s move was just another log on the fire, but a big log,” he said.

By then, the Raiders, Chiefs and New York Jets had evolved into the class of the AFL. It seemed that almost every time the Chiefs and Raiders played, the game had playoff implications or a league championship or berth in the fledgling Super Bowl on the line.

“I’ve played football for over 25 years and never have I been involved in a rivalry like Kansas City-Oakland,” Chiefs Hall of Fame quarterback Len Dawson says on one of the many video retrospectives made about Chiefs-Raiders rivalry.

Less than a year after they faced each other in the last game in the AFL’s short but colorful history, the rivalry came to a boil on a gray November day at old Municipal Stadium in Kansas City.

In what he would term his “most disheartening loss” to the Raiders, the Chiefs led 17-14 inside of two minutes to play when on third down Dawson bootlegged for a first down that appeared to clinch a crucial Kansas City victory.

“I went down, but against the Raiders, because you go down, it doesn’t mean it’s over to them,” the Hall of Fame quarterback said.

Raiders defensive end Ben Davidson speared Dawson in the back with his helmet. Yellow flags were still airborne when Otis Taylor, Dawson’s favorite receiver during Kansas City’s glory years, wrestled him to the turf, touching off what to this day still is considered one of pro football’s all-time brawls.

Offsetting personal fouls nullified Dawson’s first-down run. The Raiders stopped the Chiefs on the replayed down, setting up George Blanda’s 48-yard field goal that barely cleared the crossbar over the outstretched hand of Morris Stroud, a 6-foot, 10-inch Chiefs tight end who tried to goaltend as if on a basketball court.

Had the Chiefs won instead of being forced to settle for a 17-17 tie, they would have been crowned AFC West champions. The Raiders took the rematch a few weeks later and the title, after which the rule about penalties offsetting as a result of multiple fistfights was changed.

A convergence of elements enabled the Chiefs and Raiders rivalry to reach a fever pitch five decades ago — and why it was also almost destined to wane with the passage of time.

“In addition to being great players, they were outsized personalities,” Ehrlich said of rosters replete with future Hall of Fame inductees. “I mean George Blanda — we take it for granted (today) that guys like Tom Brady and Drew Brees and Philip Rivers and other guys 40 years old and up can play quarterback at a high level. But in 1970, a 43-year-old coming off the bench and winning games with both his arm and his foot was unreal.”

The professor said it wasn’t just the Chiefs and Raiders players who seemed larger than life.

“You had the great contrasting coaches in (John) Madden and (Hank) Stram; Stram the great clotheshorse and Madden just being a guy who wore short sleeves and a tie every week, and the contrast in owners, too, with Al Davis being the riverboat gambler and Lamar Hunt the deceptively bland and upstanding type of guy who was just as competitive as Davis was.”

Throw in disparate cities with self-esteem problems, and it’s no wonder a passion play developed on the football field, Ehrlich said.

“What all of these cities have in common — something I felt keenly when I was researching and writing the book — is the notion of establishing a major league image through sports. If you’re not from New York or Boston or Los Angeles or even San Francisco, you have kind of a chip on your shoulder and a real desire to be taken seriously.”

“Those were my favorite games,” a still imposing but well-liked off the field Ben Davidson said before his death in 2012. “I always likened them to a heavyweight fight. You knew you were going to get beat up, but it was fun.”

The next round commences Sunday night

“We needed the Chiefs,” Davidson said. “We wouldn’t have been as good without them.” 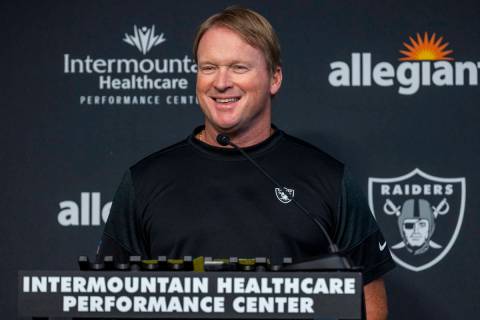 The Raiders will employ a new-look defensive line and secondary in 2021 — along with a revamped offensive line that includes rookie right tackle Alex Leatherwood. 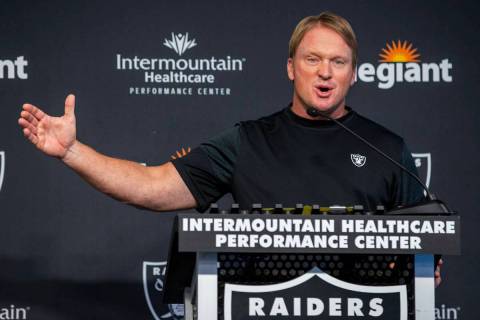 Raiders coach Jon Gruden said he believes one of the worst units on his team last year can be a strength in 2021. 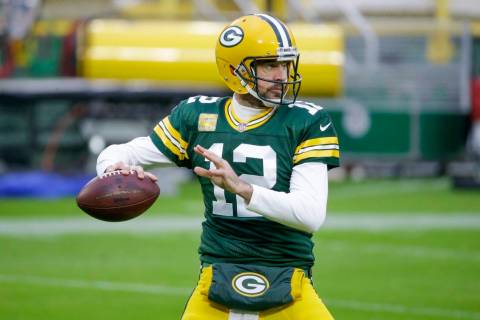 If Aaron Rodgers returns to the Green Bay Packers, the ripple effect might be felt all the way to Las Vegas, where Derek Carr was hoping for a reunion with Davante Adams. 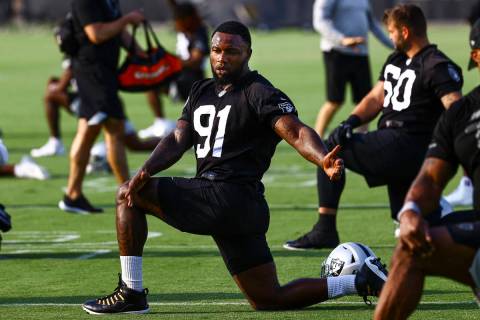 End Yannick Ngakoue is one of several new defensive players for the Raiders who begin training camp Tuesday with their sights set on ending a four-year playoff drought. 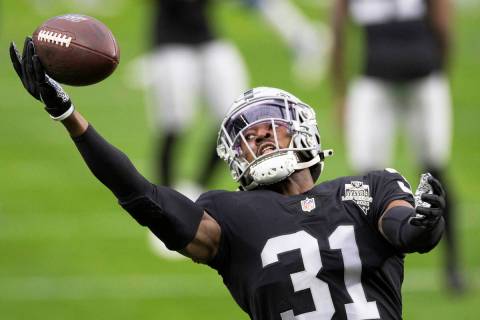 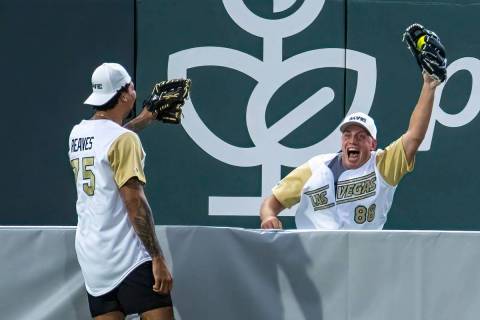 The Raiders and Golden Knights faced off at the “Battle for Vegas” charity softball game. 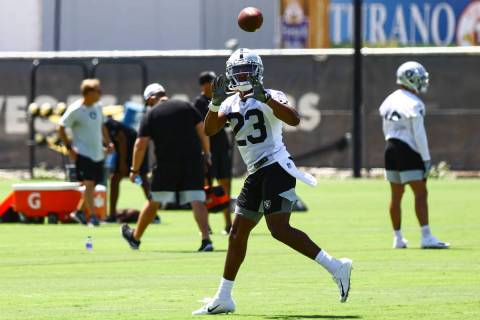 The offense has held its own when compared across the league, ranked eighth in yards and 10th in scoring at 27.1 points per game last season. 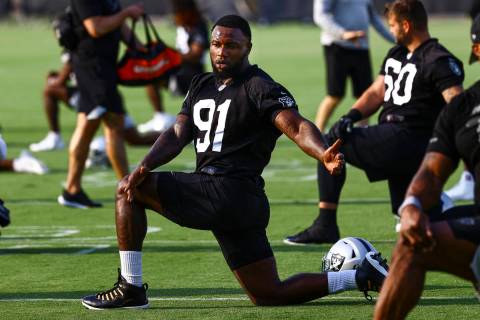 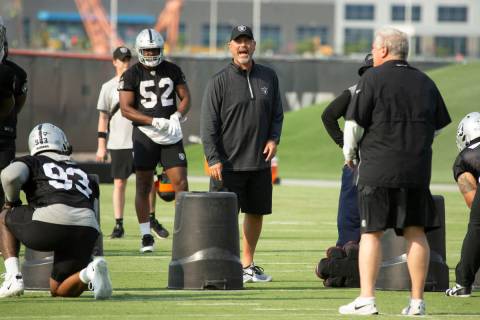 The Raiders need their new defensive coordinator to fix a unit that has been an Achilles heel for far too long. Priority No. 1 at training camp is getting the defense squared away. 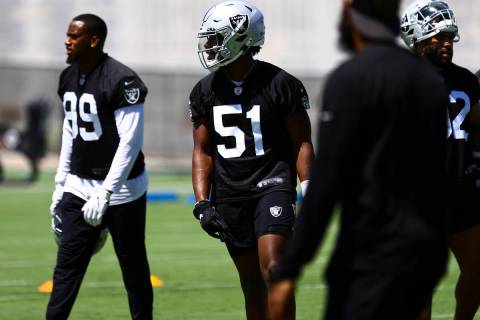 The Raiders on Friday announced the signings of defensive end Malcolm Koonce and linebacker Divine Deablo, ensuring their full rookie class is under contract for the beginning of training camp.