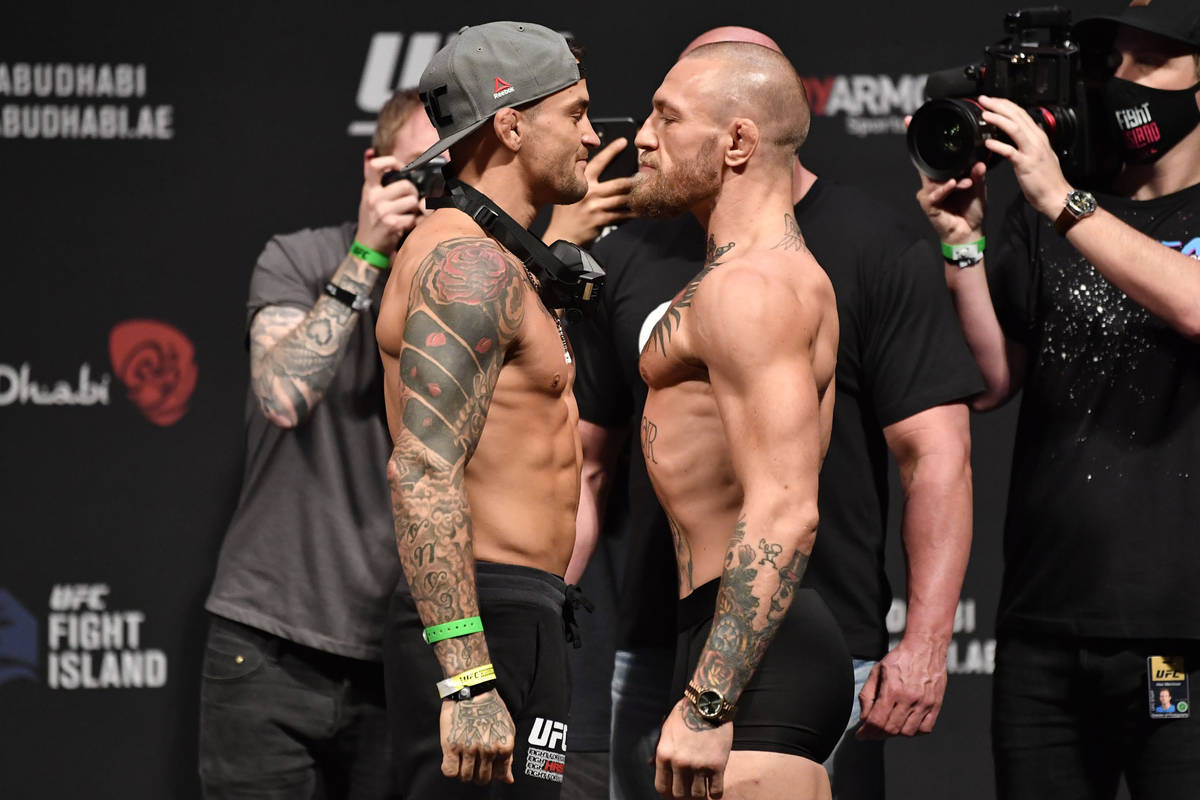 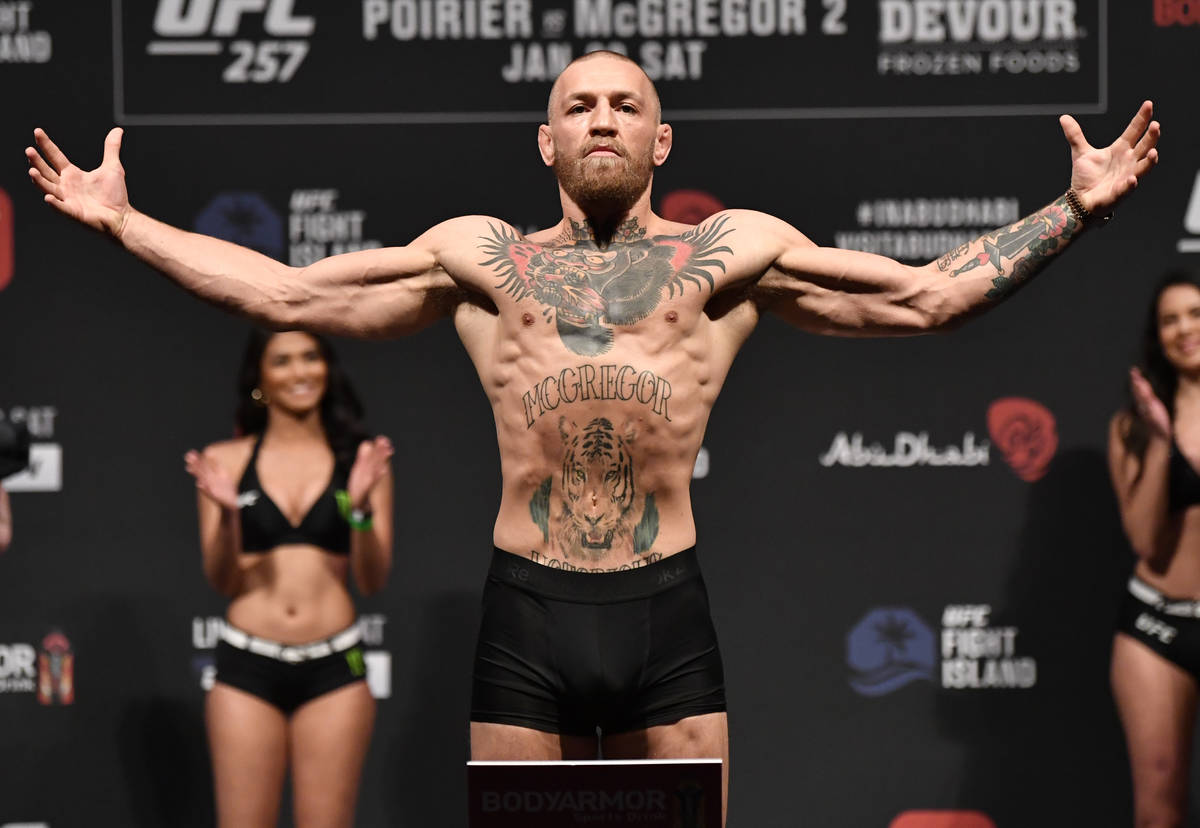 Conor McGregor of Ireland poses on the scale during the UFC 257 weigh-in at Etihad Arena on UFC Fight Island on January 22, 2021 in Abu Dhabi, United Arab Emirates. (Photo by Jeff Bottari/Zuffa LLC) 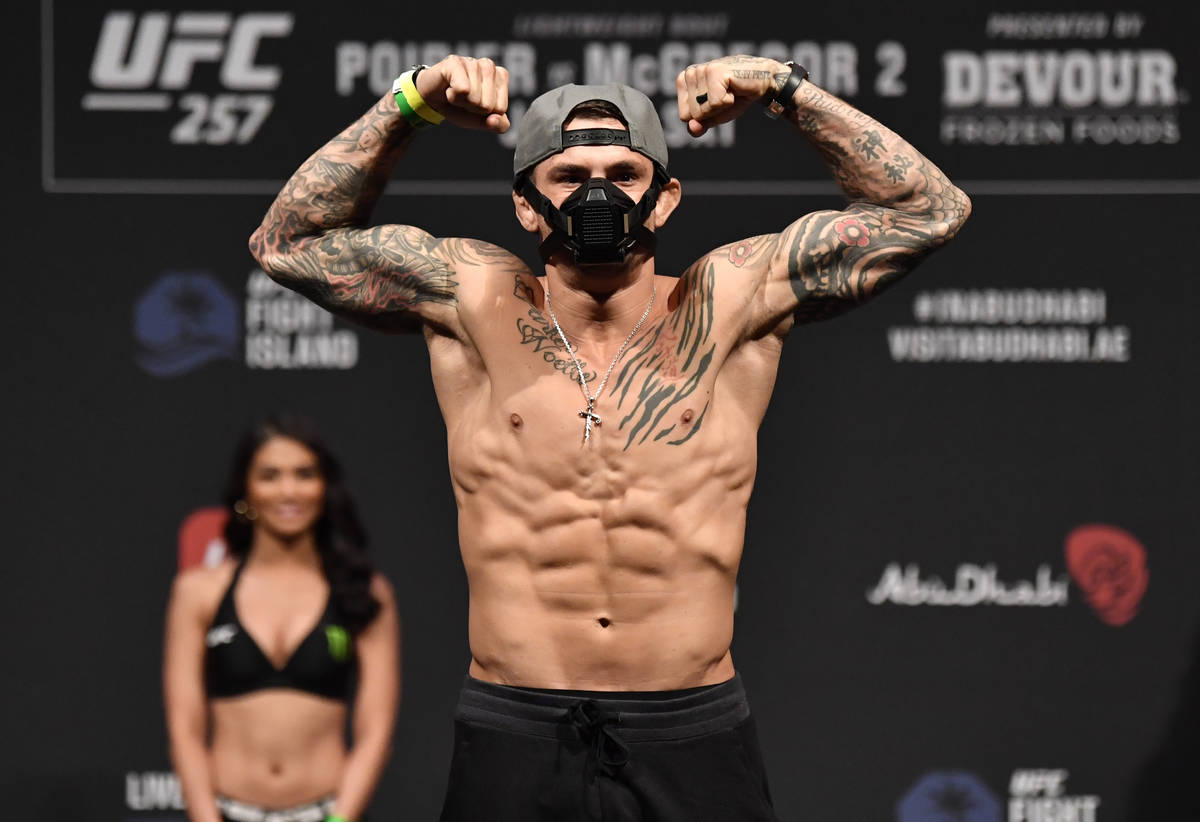 Dustin Poirier poses on the scale during the UFC 257 weigh-in at Etihad Arena on UFC Fight Island on January 22, 2021 in Abu Dhabi, United Arab Emirates. (Photo by Jeff Bottari/Zuffa LLC)

Long before he was MMA’s biggest star, Conor McGregor accepted that his journey could cost him his sanity.

The 32-year-old Irish fighter compared himself in those early days to Dutch post-impressionist artist Vincent Van Gogh, who famously severed his ear and later died of a self-inflicted gunshot wound at age 37.

McGregor often said that he had dedicated himself to his craft to the point of losing his mind much like the famous artist. The caveat always was it would be worth it when he could buy his mother a house and purchase his girlfriend a different car for each day of the week.

He now has the money to buy his mother a different house for every day of the year, a product of his success in the cage and the business world.

McGregor got choked up when he was read those words during a news conference Thursday in Abu Dhabi, United Arab Emirates, where he will fight lightweight Dustin Poirier in the main event of UFC 257 on Saturday.

Even though he has achieved financial success far beyond his wildest dreams, McGregor acknowledged he’s still caught up in the game.

“I feel like I’m only starting,” he said. “Everyone wants to say, ‘Hey, Conor, you’ve done it all. You’re so rich. You’re richer than Dana (UFC president White) over here. What are you doing here?’ Am I not allowed to be here? I want to be here. I want to perform for the fans. I’m a young man. You know what lives on? Highlights — a fighter’s highlights. I want my highlight reel to be like a movie.

“That’s what I’m after. I’m looking to get in and perform (and) put on amazing highlights that I can sit as an old man with my son and just watch back and just enjoy life.”

McGregor is hoping Saturday is a sequel that plays out like the original. He needed 1:46 to knock out Poirier in a 2014 featherweight bout in Las Vegas.

While McGregor has sailed to unprecedented fame, Poirier has grinded his way through the ranks to take his place as a top contender at lightweight.

The familiarity and a mutual respect perhaps has been a factor in the buildup to the fight being so drama-free. During the news conference, Poirier said McGregor reached out behind the scenes to make a significant contribution to Poirier’s “Good Fight Foundation.”

The only controversial moment came when McGregor was asked about a multimillion-dollar lawsuit filed this week in Dublin over an alleged 2018 sexual assault.

McGregor dismissed any concern over the case.

“It’s old news,” he said. “It was investigated thoroughly over the course of two long years, and I was cleared of any wrongdoing. And that’s it.”

Later, McGregor was set up on a tee to deliver a typically braggadocious response when he was asked how he wanted to be remembered and opted to swing for a routine single.

White said the toned-down version of McGregor is a result of his renewed focus.

“This Conor, the motivated Conor, having him back is fun,” White said. “This is a guy who is now in unbelievable shape, who is texting me three times a week wanting a fight.”

Saturday will be McGregor’s first fight since a 40-second knockout of Donald “Cowboy” Cerrone in January 2020 at T-Mobile Arena. The UFC had a strong year despite the coronavirus pandemic, but McGregor’s return is a boon for the organization.

“He’s important to the business meaning the UFC and the sport of MMA as a whole,” White said. “When this kid fights, it’s global news. Everybody is talking about it, everybody is excited about it. He’s claiming he wants to fight three times a year. If you can get that out of him with the top guys in that weight class, it’s going to be a fun year.”