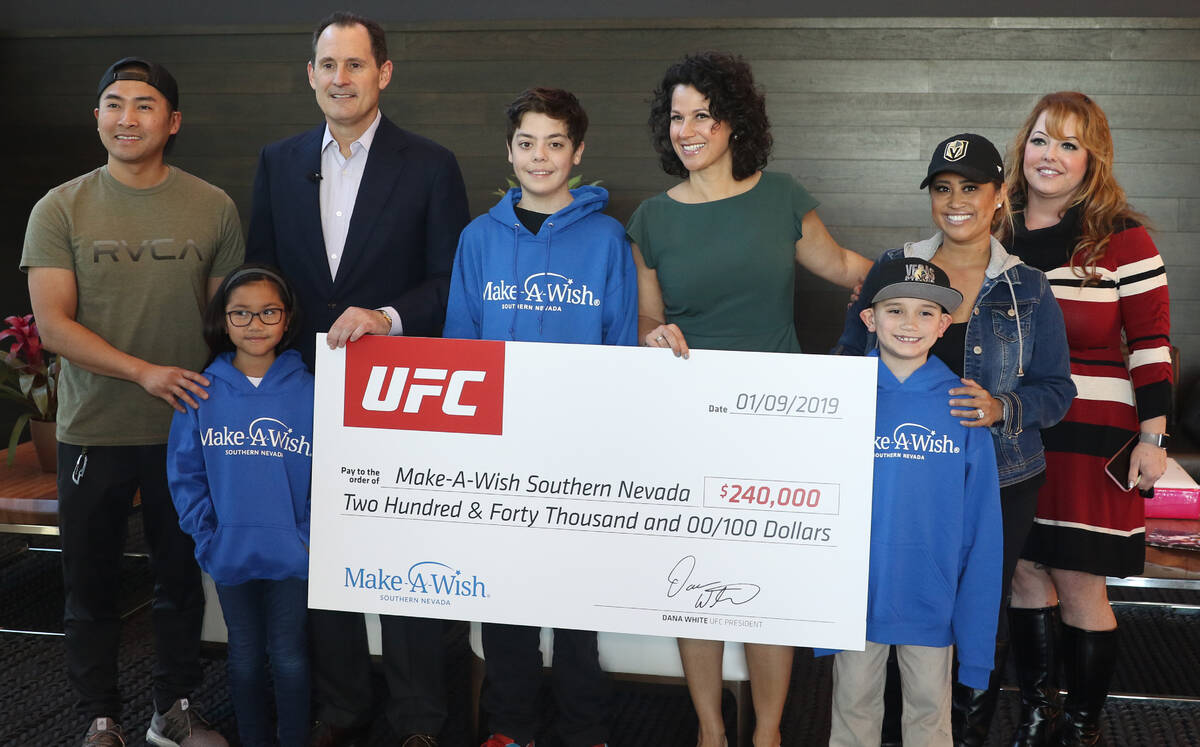 After years of charitable work in Nevada, the UFC is launching its own charity bearing the mixed martial arts organization’s name.

The UFC Foundation, a 501(c)(3) nonprofit organization, is set to focus on advocating for youth, public service, equality and for people who overcome critical and life-threatening illnesses, the company announced Thursday.

“The DNA of the UFC has been intermingled with community involvement,” Lawrence Epstein, UFC chief operating officer, said. “We’ve been involved in charitable organizations and initiatives throughout the state, literally since Day 1. This is just the latest evolution of the intertwining of our DNA and participating in our community.”

Setting up the foundation has been a few years in the making, but Epstein noted the UFC continued to be active in the charitable space during that time.

“In fact since 2017 we’ve directly donated and raised almost $6.7 million for more than 50 charities,” Epstein said. “Most of which are here at our base here in Nevada and the United States. But many also around the world.”

In April, the UFC is slated to unveil its Nevada specialty license plate, which will feature an attached registration fee that will raise money for the UFC Foundation.

“We’ve seen what’s happened with the Golden Knights and the Raiders and so many others that have used this as an opportunity to fund charitable activity,” Epstein said. “This is going to give us a consistent way to fund the foundation and give our fans an opportunity to show their UFC pride.”

Tying in UFC fights and events is another key aspect to the company’s goals, one that is already in motion today.

“The events are a really important part of the fundraising that we do currently and will continue to be,” Epstein said. “We do the 50/50 cash prize raffles at our events. We do ticket auctions, VIP experiences, merchandise campaigns and a variety of other strategies to raise money from our fan base. But of course also to deliver money ourselves to charitable organizations around the world.”

The UFC will continue to collaborate with several of its athletes, including Dustin Poirier, Brian Ortega, Max Holloway, Leon Edwards, and Darren Till to help raise awareness for their philanthropic work.

“Our fighters are incredibly important to all the fundraising we do and all the activation that we do,” Epstein said.“The foundation is going to give us another tool to help them with their philanthropic goals and for us to partner in achieving even bigger philanthropic goals.”