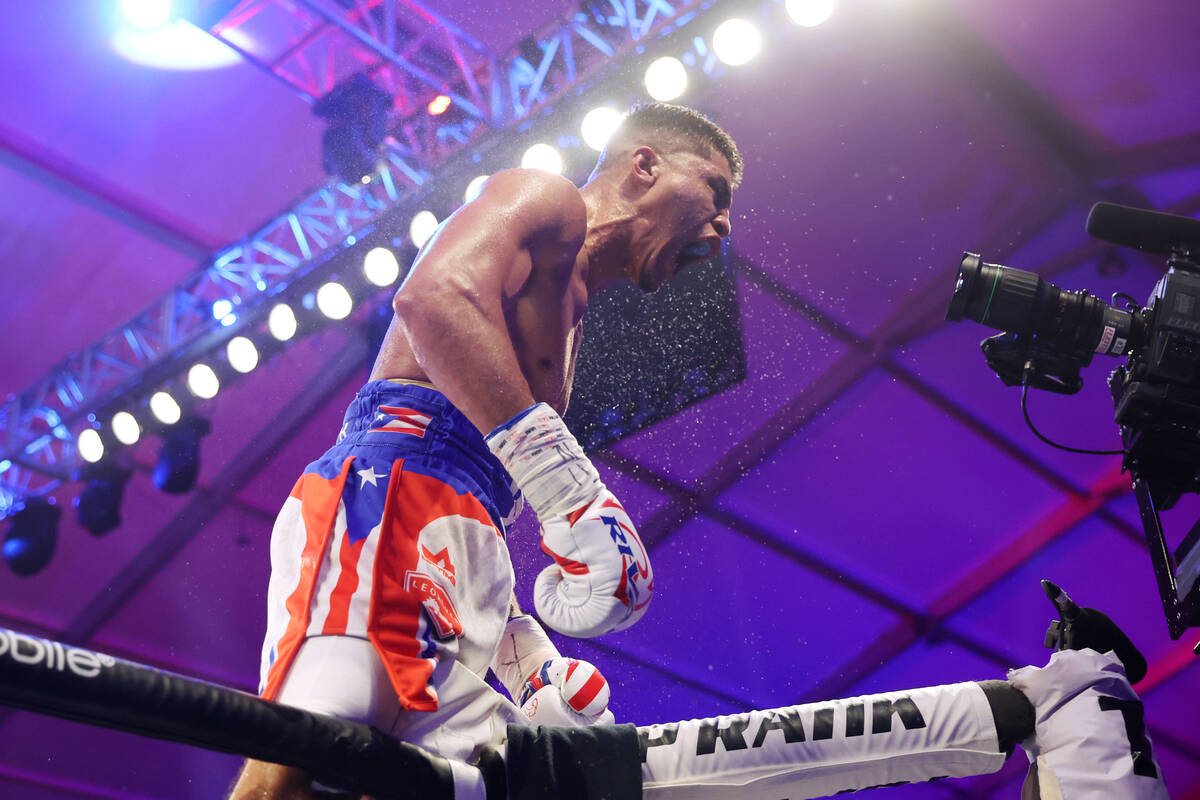 Xander Zayas reacts after his technical knockout in the fifth round of a middleweight bout against Elias Espadas at Resorts World Las Vegas in Las Vegas, Saturday, Aug. 13, 2022. (Erik Verduzco / Las Vegas Review-Journal) 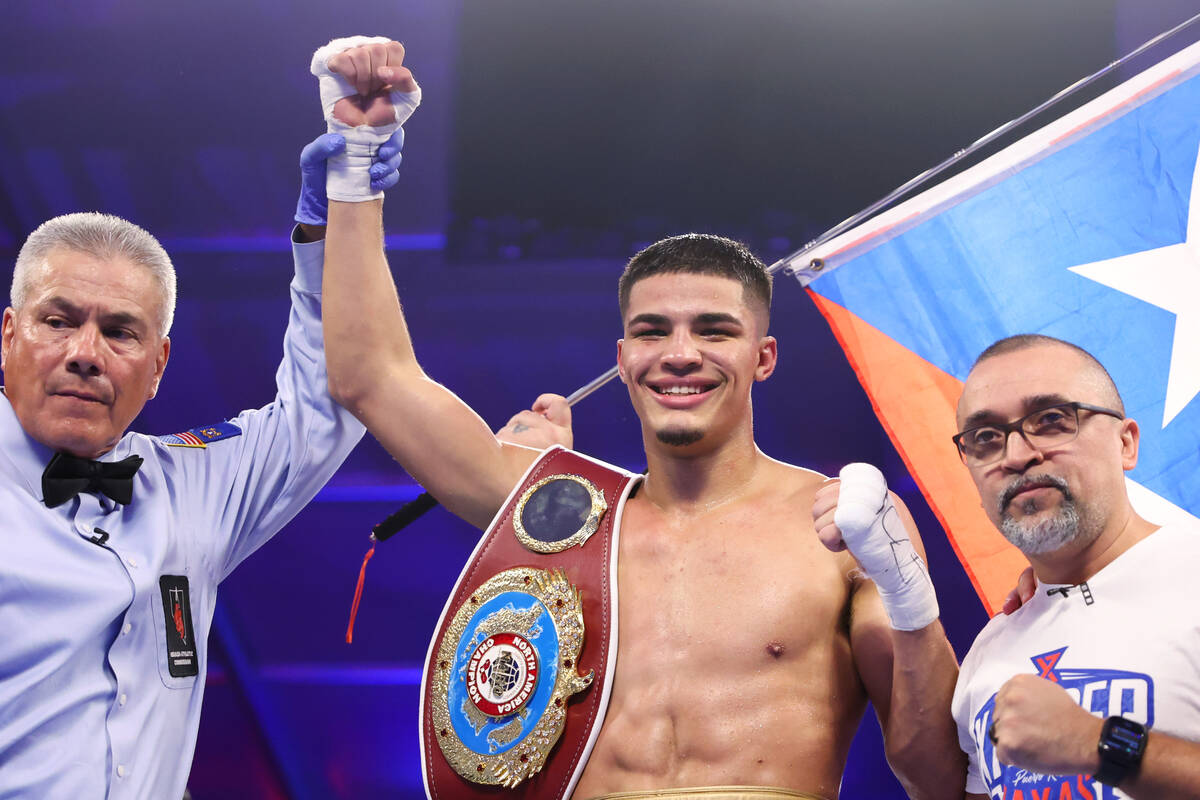 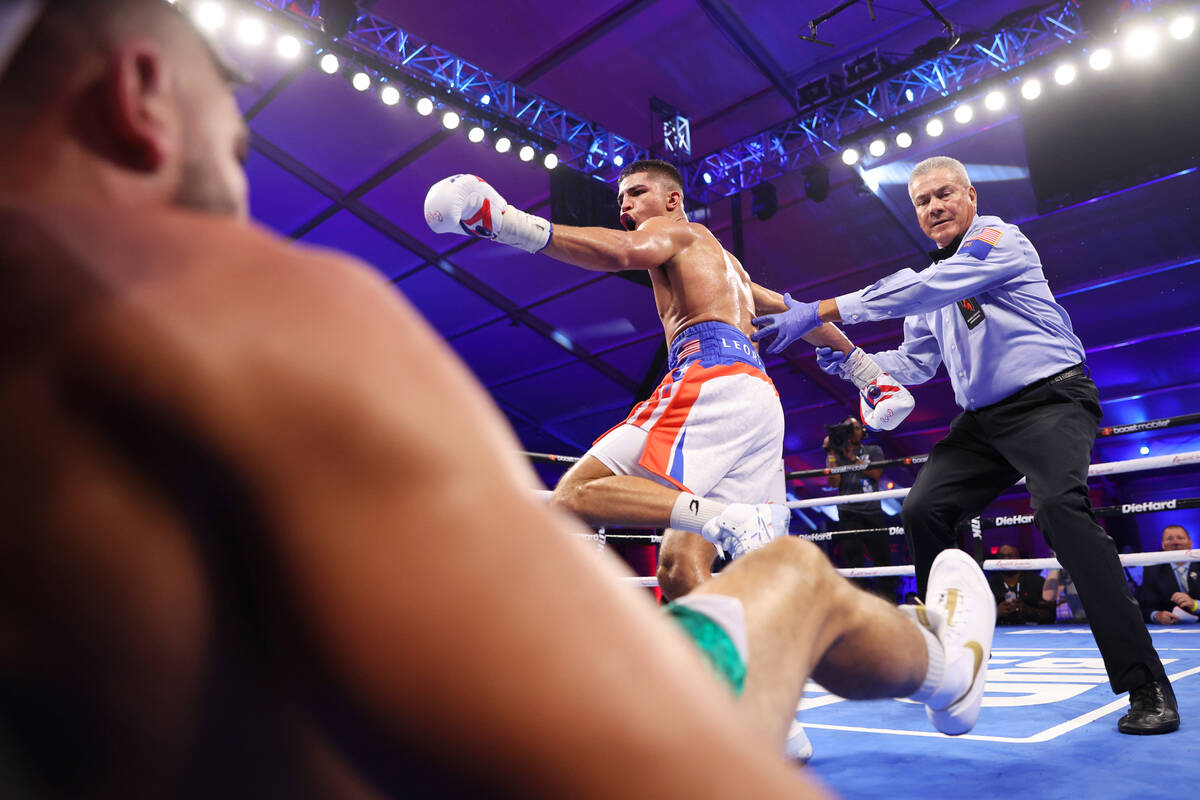 Xander Zayas reacts after knocking down Elias Espadas in the fifth round of a middleweight bout to win by technical knockout at Resorts World Las Vegas in Las Vegas, Saturday, Aug. 13, 2022. (Erik Verduzco / Las Vegas Review-Journal) 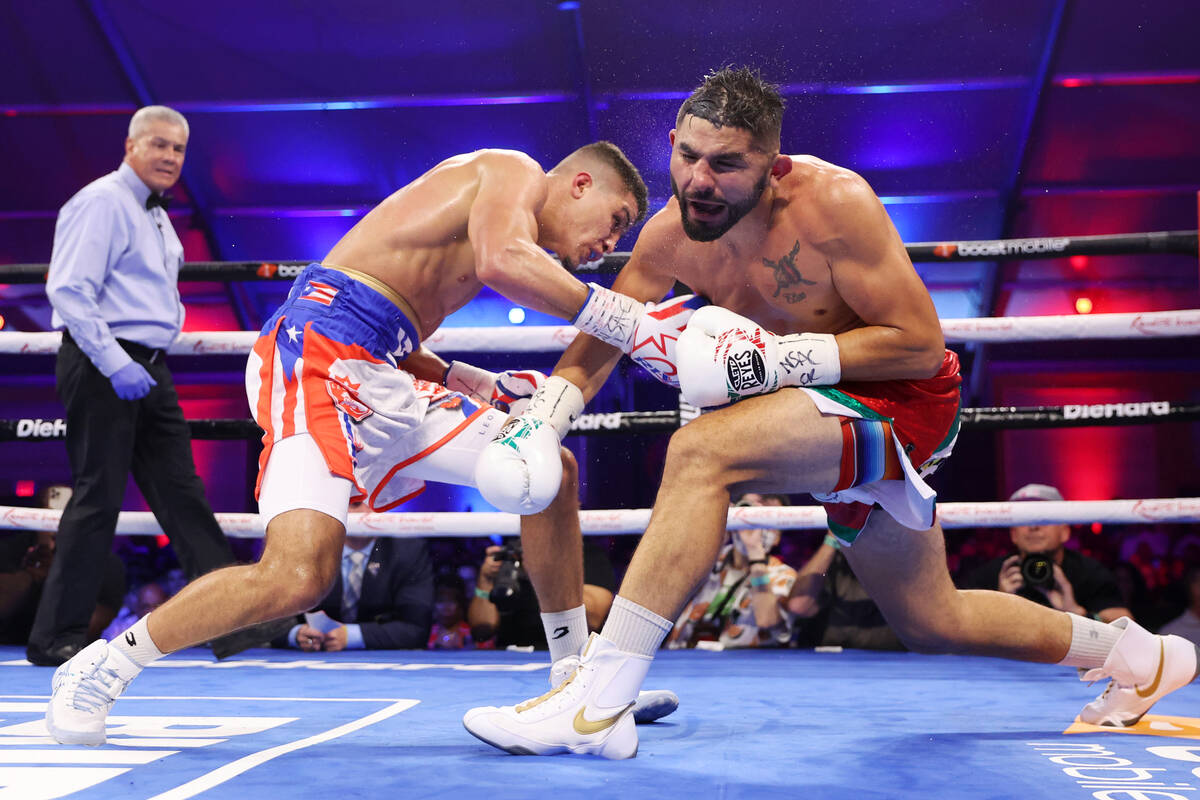 Xander Zayas, left, connects a punch against Elias Espadas in the third round of a middleweight bout at Resorts World Las Vegas in Las Vegas, Saturday, Aug. 13, 2022. Zayas won by way of technical knockout in the fifth round. (Erik Verduzco / Las Vegas Review-Journal) 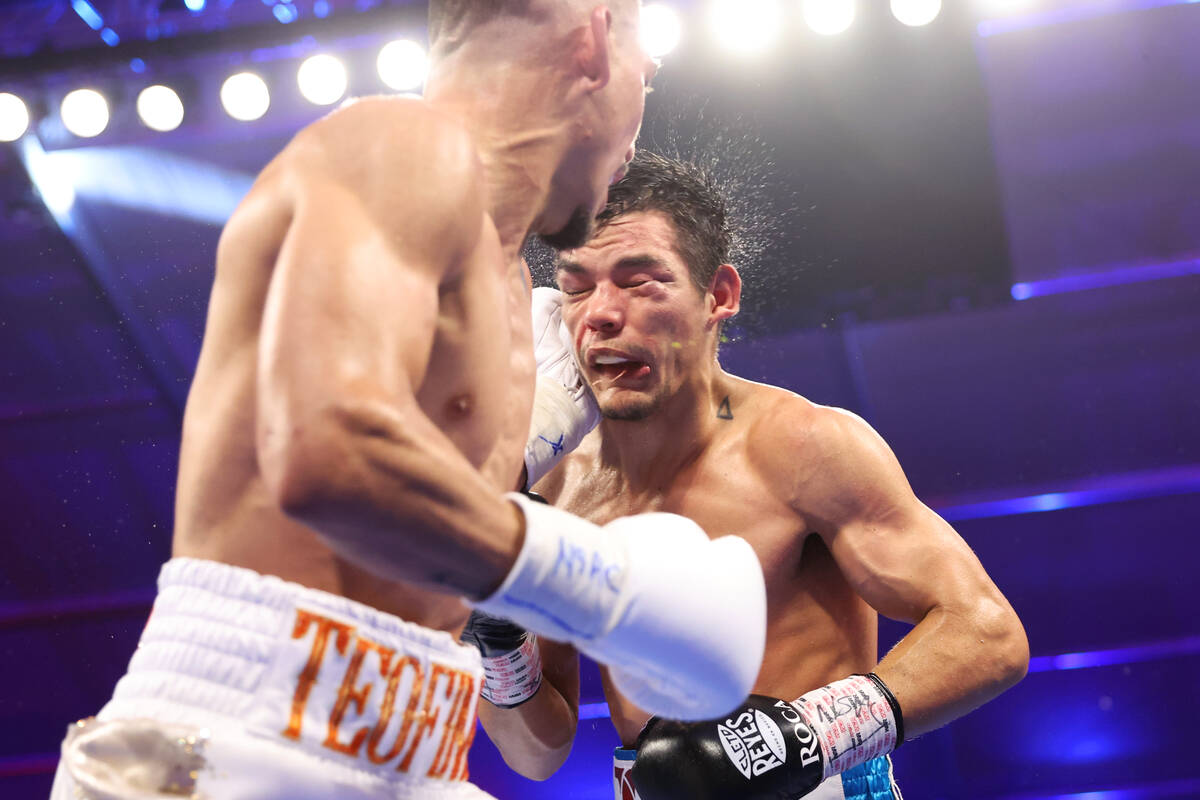 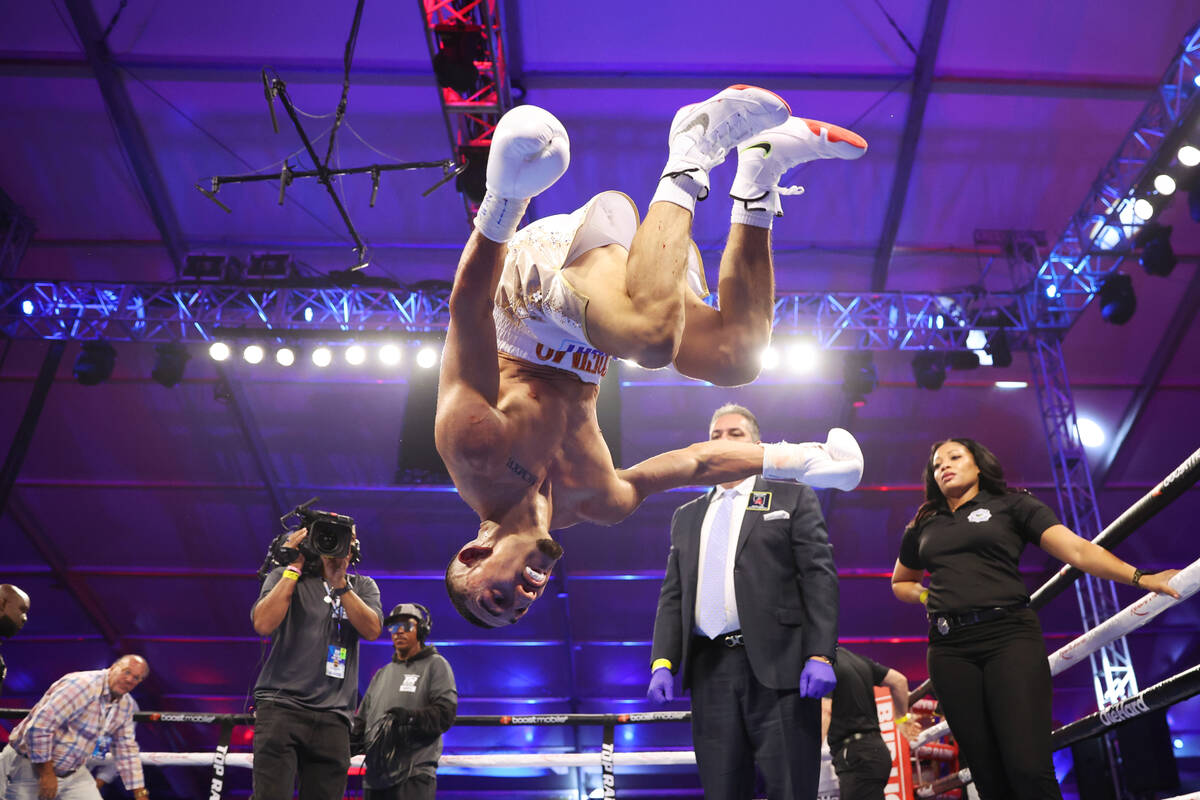 Teofino Lopez does a backflip after his technical knockout victory against Pedro Campa in the seventh round of a jr. welterweight bout at Resorts World Las Vegas in Las Vegas, Saturday, Aug. 13, 2022. (Erik Verduzco / Las Vegas Review-Journal) 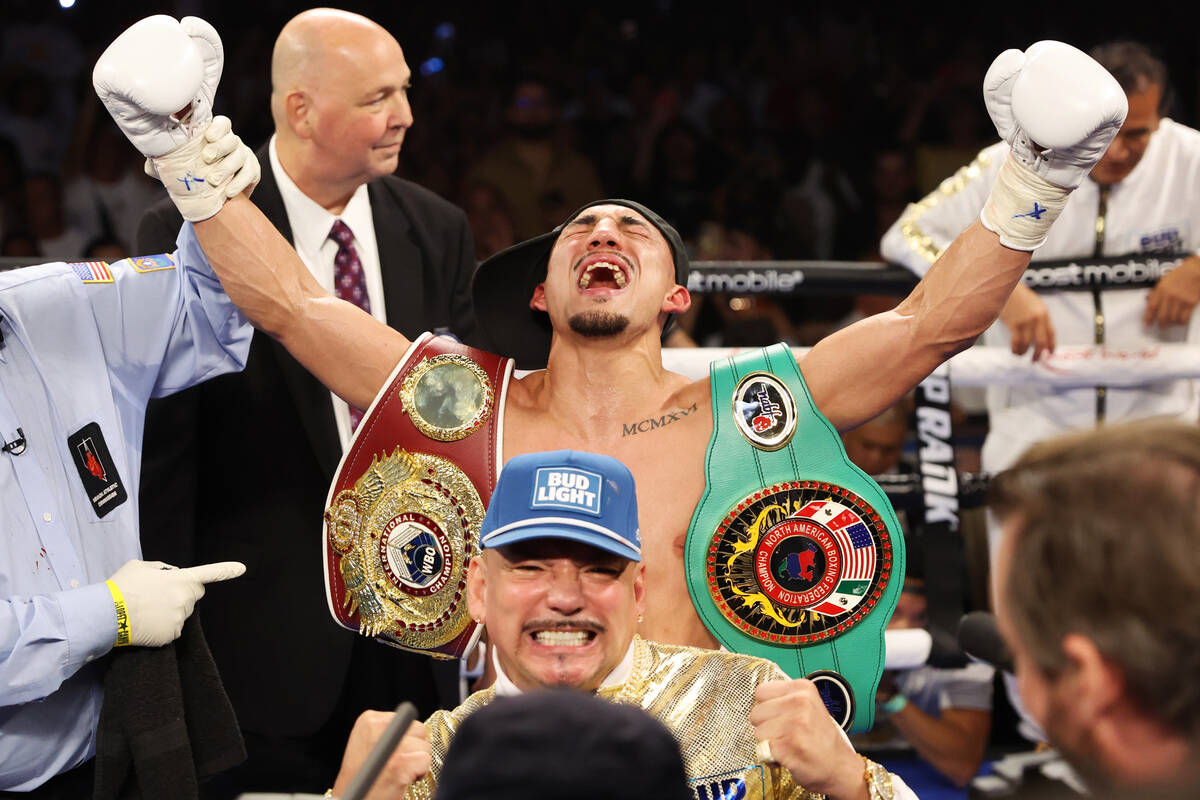 He may have taken seven rounds Saturday night to beat Pedro Campa at Resorts World Events Center. But former unified lightweight champion Teofimo Lopez ensured “The Takeover” is back on track.

Lopez ended his junior welterweight debut by flooring Campa in the seventh round with a crisp one-two and following with a flurry that prompted referee Tony Weeks to stop the bout at the 2:14 mark.

The brash 25-year-old celebrated his first knockout victory since Dec. 14, 2019, by dancing to Meek Mill’s “House Party” and uncorking the customary backflip that often accompanies his victories amid cheers from a sellout crowd of 3,553.

“I’m not going to lie, there was a lot of my mind. I literally almost died in my last fight,” Lopez said afterward, seeming more relieved than pleased. “That was weighing on my mind. I had to clear it out.”

The fight Lopez (17-1, 13 knockouts) referenced was the Nov. 27, 2021, upset loss to George Kambosos Jr., who spoiled the first defense of the unified 135-pound championship the Las Vegas resident claimed in 2020 from pound-for-pound great Vasiliy Lomachenko. Respiratory issues stymied his ability that night.

But so too did an unfocused, reckless approach that left him far too vulnerable.

A nine-month layoff helped Lopez recover — physically and mentally — from the first loss of his professional career and rebuild the confidence he lost against Kambosos.

“We worked on that a lot,” said Lopez’s father and head trainer, Teofimo Sr. “His condition was just perfect for tonight.”

Indeed, Lopez looked strong and crisp in his new weight class, free from the rigors that come with cutting the additional five pounds. He fought with composure and poise, working behind his jab and blending power punches and counters against Campa (34-2-1, 23 KOs), who set the tempo by pressing forward.

CompuBox counted 136 connections for Lopez compared to 83 for Campa. Lopez also landed 86 power punches, including the two that dropped Campa early in the seventh round — signaling the beginning of the end for the 30-year-old unknown from Merida, Mexico.

The outcome was the expectation, though. Lopez’s future at junior welterweight will be determined by prospective bouts against unified champion Josh Taylor, former champion Regis Prograis and other 140-pounders of championship ilk like Jose Ramirez and Jose Zepeda.

Another potential foe awaits Lopez on a prospective Dec. 10 pay-per-view on ESPN. That would be burgeoning superstar Ryan Garcia, whose promoter, Oscar De La Hoya, enjoyed Lopez’s victory from a ringside seat.

“If Josh Taylor is too busy with his wedding and there’s nobody else around because the WBA belt is taken and the WBC is going to be fought with Zepeda and Prograis, then so (expletive) be it,” Lopez said of facing Garcia.

The 19-year-old Puerto Rican dropped Espadas in the first round and added another knockdown in the fifth to trigger a stoppage from referee Russell Mora. 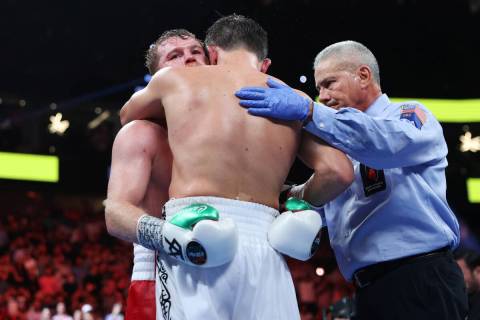 Canelo Alvarez said after Saturday’s unanimous decision over Gennady Golovkin that he has torn cartilage in his left wrist, an injury that will require surgery. 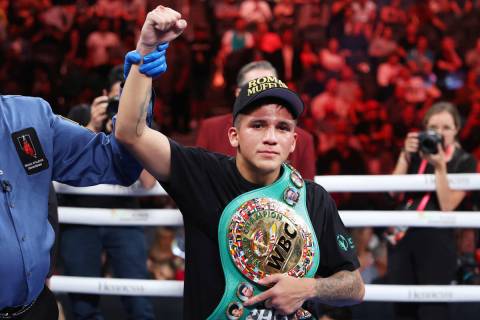 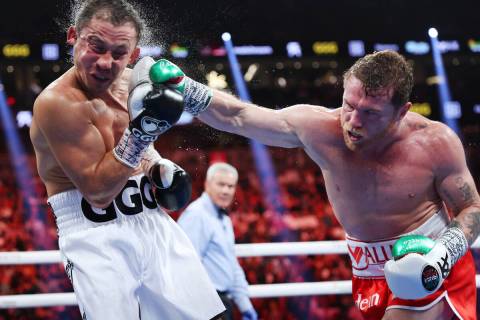 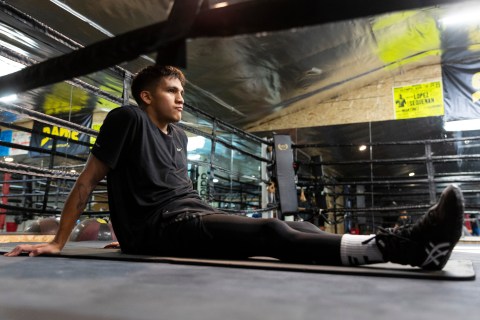 At 22, Jesse “Bam” Rodriguez is the youngest active champion in boxing. The San Antonio native defended his WBC 115-pound title Saturday at T-Mobile Arena on the Canelo Alvarez-Gennady Golovkin undercard. 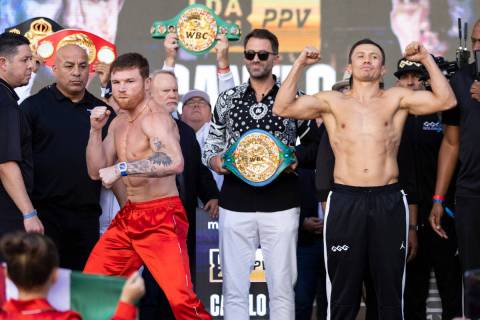 Dealing with defeat isn’t something Canelo Alvarez has had to do since 2013, when he was a 23-year-old upstart. That is, until he lost to Dmitry Bivol this year. 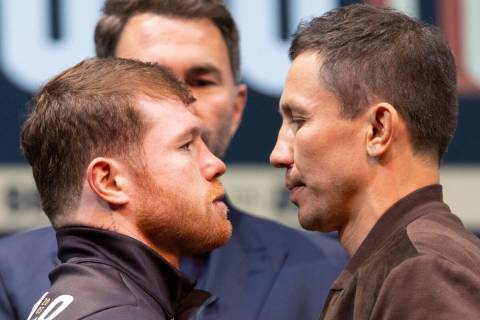 Canelo Alvarez and Gennady Golovkin will meet for Alvarez’s undisputed super middleweight championship Saturday at T-Mobile Arena, the third time they have fought. 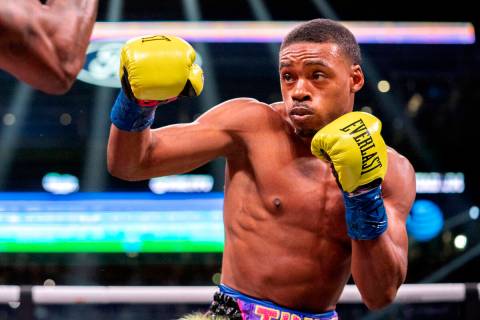 Welterweight boxing champions Errol Spence Jr. and Terence Crawford have agreed in principle to unify their titles and fight for the undisputed 147-pound championship. 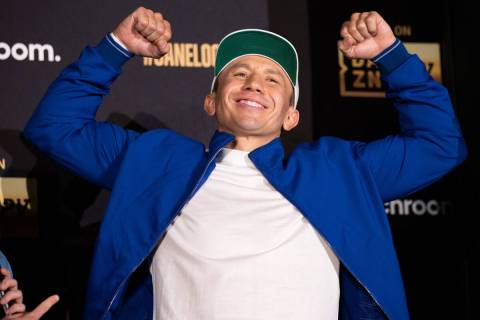 Gordon: Don’t count out GGG, even if he’s past his prime
By Sam Gordon / RJ

That Gennady “GGG” Golovkin is a +350 underdog to Canelo Alvarez in their super middleweight fight seems disrespectful, even if he is past his prime at age 40. 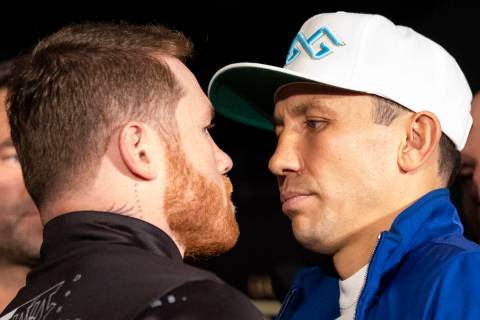 Canelo Alvarez and Gennady Golovkin arrived Tuesday in Las Vegas for their third fight Saturday after two of the most memorable title bouts in middleweight history.