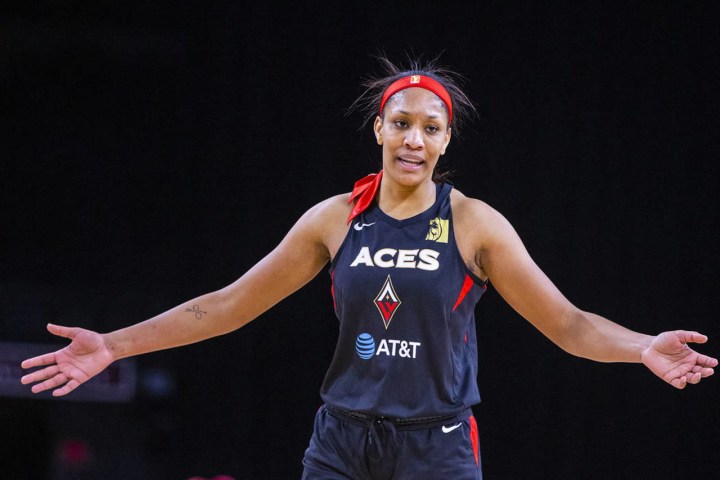 A’ja Wilson made a layup with 15.1 seconds left Wednesday morning and two free throws on the ensuing possession to lift the Aces to a 74-71 victory over the Indiana Fever. 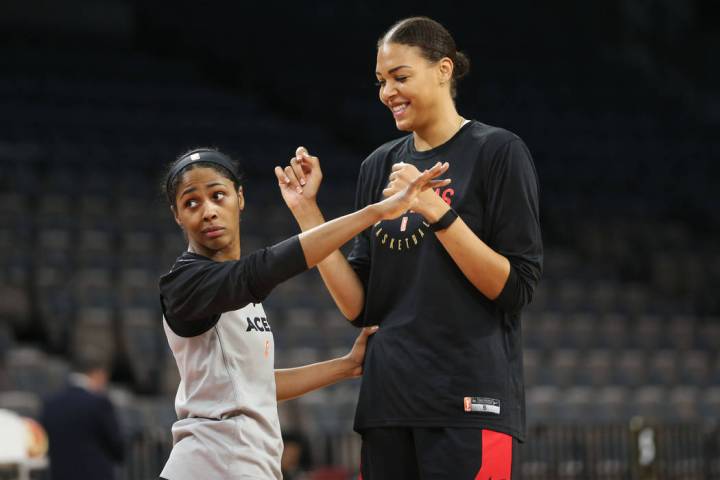 Colson leads the Aces onto the court with a variety of “Lady Aces” chants that typically include a rhythmic clap coupled with an empowering, enthusiastic march. 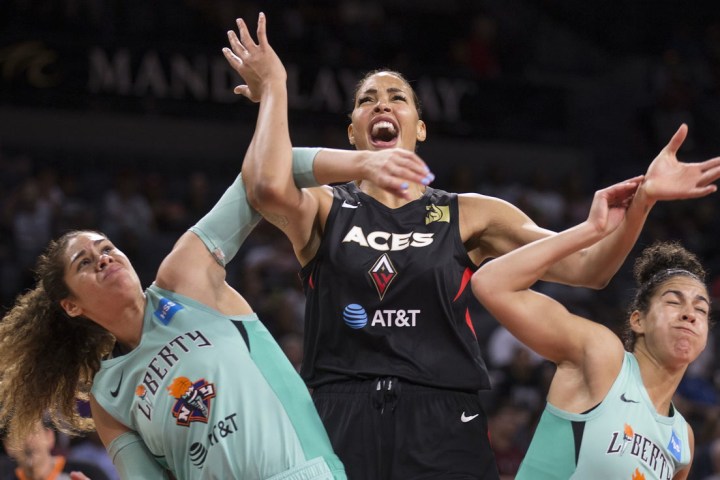 Kayla McBride scored 24 points on 8-for-11 shooting and made a season-high five 3-pointers, and Liz Cambage added a season-high 21 points to go with 11 rebounds. 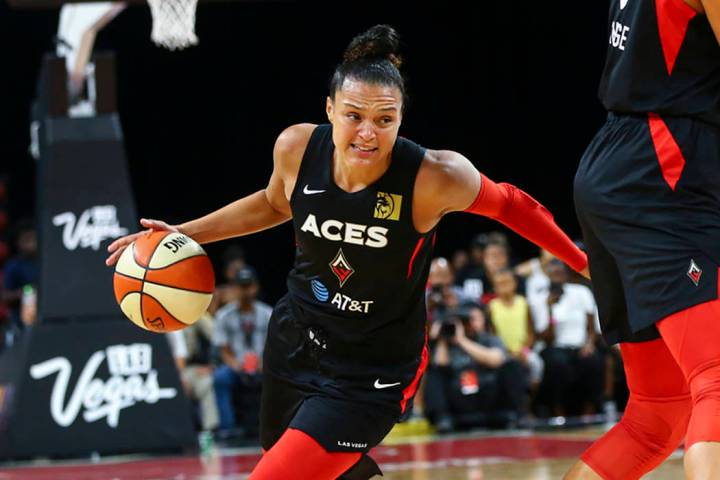 The Aces moved past the postponement of Friday night’s game and embarked Saturday on three-game, eight-day road trip that coincides with NBA Summer League — an 11-day event that several players had hoped to be a part of. 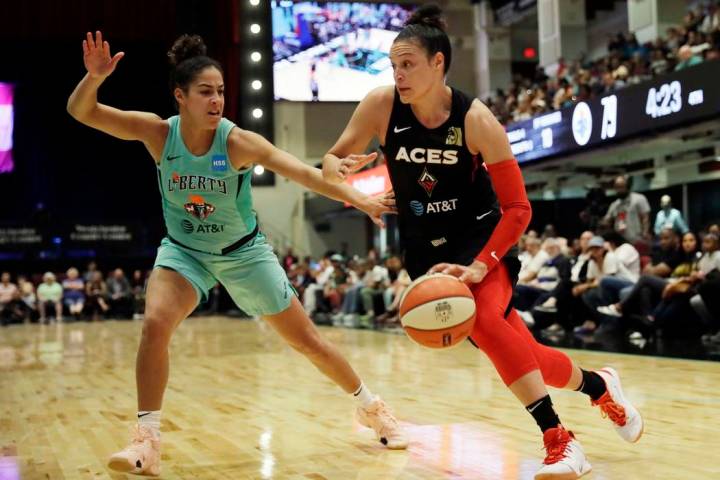 An earthquake forced the postponement of the Aces’ game against the Washington Mystics on Friday night. 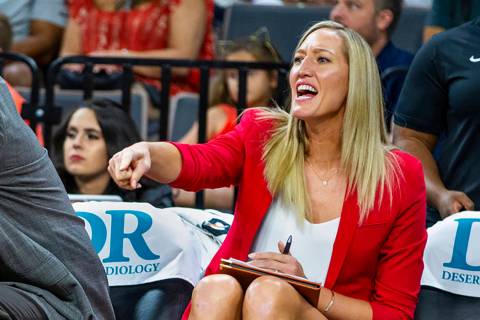 Kelly Raimon, who played pro basketball for nine years in the WNBA and pro volleyball for six years on the AVP Tour, is in her second year as an assistant coach with the Aces under Bill Laimbeer. 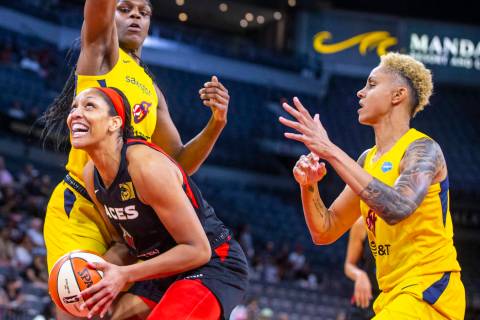 The 16th WNBA All-Star Game will take place in Las Vegas on July 27. 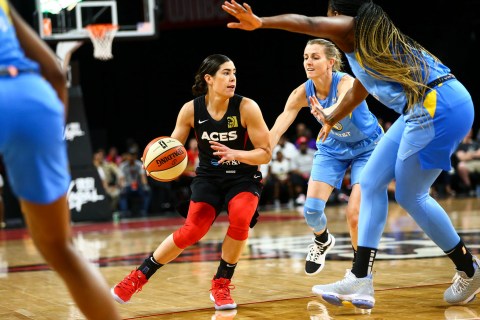 A’ja Wilson scored eight of her 16 points in the fourth quarter Tuesday afternoon to power the Aces to an 90-82 win over the Chicago Sky at Mandalay Bay Events Center. 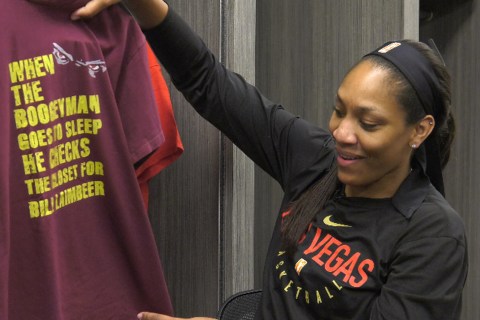 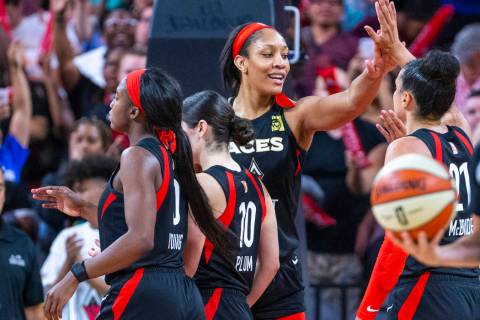 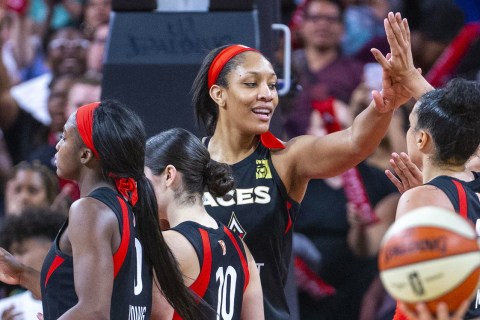 A’ja Wilson scored a career-high 39 points to lead the Aces to a 102-97 overtime victory over Indiana. Teammate Liz Cambage scored 12 points in the extra period. 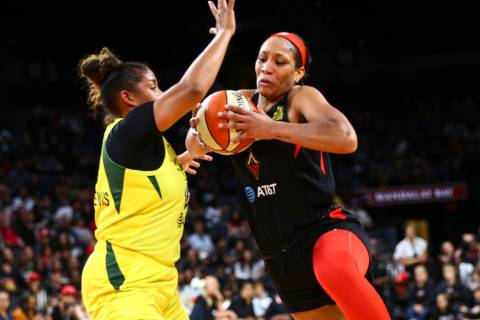 The Aces average 16.8 turnovers a game, second worst in the WNBA, and opponents have scored 18.2 points per game off giveaways, the highest average in the league. 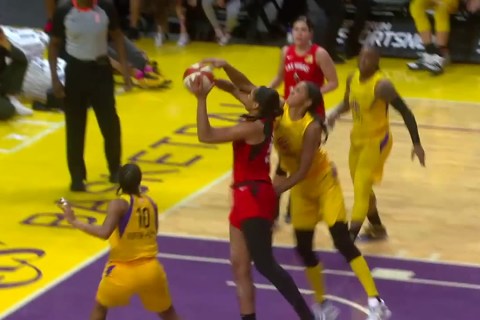 The Aces committed 19 turnovers Thursday night and stumbled to a sloppy 86-74 road loss to the Los Angeles Sparks at Staples Center. 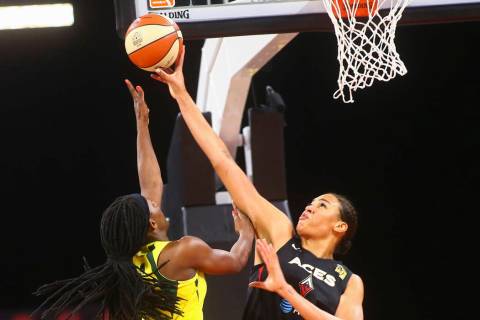 The Aces turned in their worst offensive performance of the season Tuesday but still defeated the defending WNBA champion Seattle Storm, 60-56. 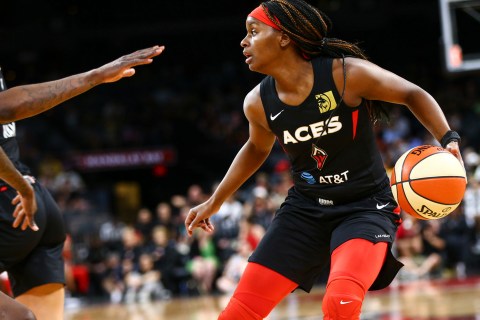