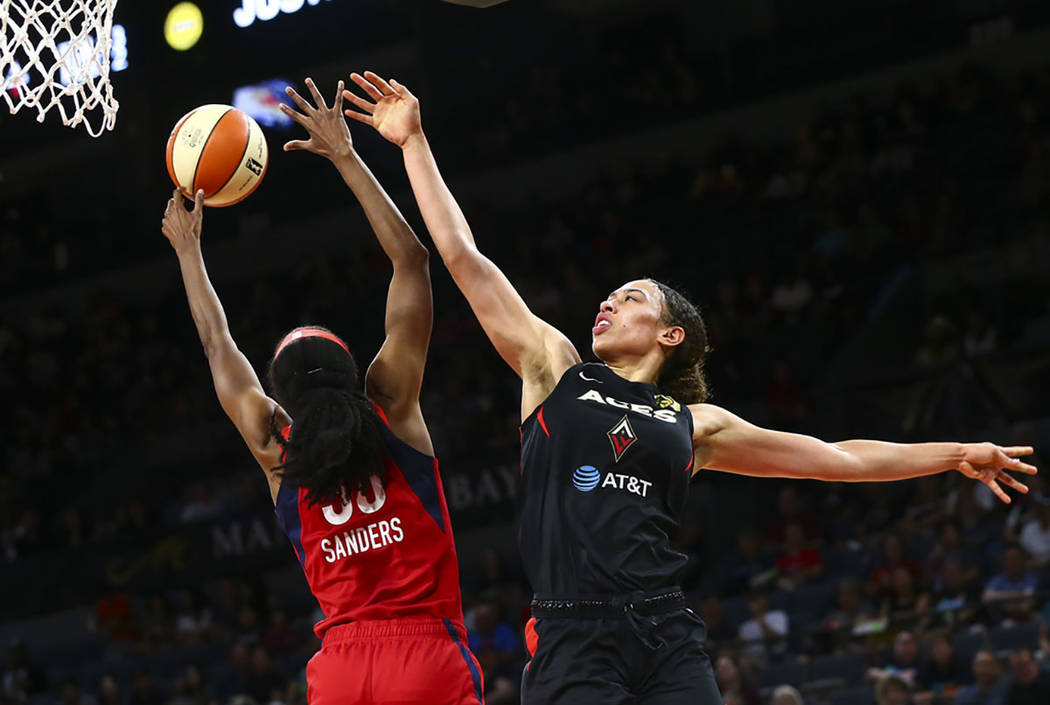 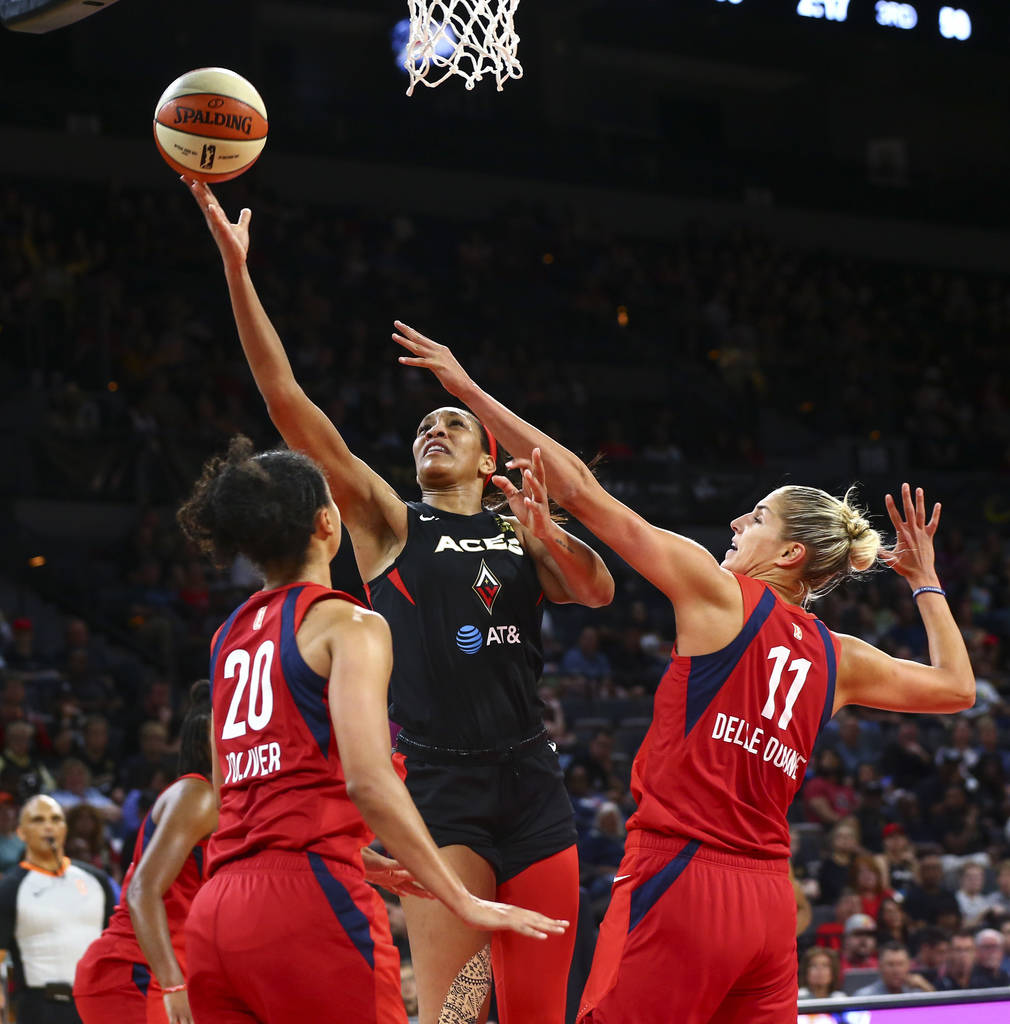 The Aces have figured a few things out during their surge atop the WNBA standings.

Namely, how to win close games, how to win road games — and on Saturday, how to beat the almighty Washington Mystics.

The Aces erased an early 14-point deficit and fought to secure an 85-81 road victory at Entertainment and Sports Arena over the Mystics, who were the league’s best team for the first six weeks of the season — but are suddenly vulnerable without injured star forward Elena Delle Donne.

A’ja Wilson overcame a slow start for Las Vegas and finished with 17 points — including two crucial baskets in the final 63 seconds — and Sydney Colson came off the bench to spark the Aces, providing a career-high 17 points, three assists and four steals.

“We know they had missing pieces, but this was good for us,” Colson said. “We took their first blow and we started to respond a little better. We actually punched back.”

The Aces have struggled to play with energy at times this season, but have mustered enough at key points to score the league’s best record. They’ve developed a sense of cohesion during their rise and have figured out how to win games — particularly the close ones they couldn’t win last season.

Washington (9-6), though, demolished Las Vegas last month and was in the midst of another demolition last week when the Ridgecrest, California, earthquake felt in Las Vegas forced a postponement. But Delle Donne fractured her nose on Sunday, and the Mystics — then with the top record in the WNBA — have lost three straight games in her absence.

They were fine without her, though, in the first quarter Saturday and roared to a 28-14 lead over the Aces behind brilliant ball movement and an enthused defensive effort that flustered Las Vegas’ guards.

Until coach Bill Laimbeer turned to Colson, who turned around the Aces with her energy and effort on both ends of the floor.

“Her energy is contagious and I think that really showed tonight,” Las Vegas guard Kayla McBride said. “She kind of gave us that edge and that (swagger) back that I thought we were struggling with in the first quarter. … It really carried us the rest of the game.”

Colson, a defensive pest, scored on consecutive possessions early in the second quarter and willed her way to nine free-throw attempts in the first half and 12 points and the Aces to a manageable 44-43 halftime deficit.

Las Vegas essentially traded stops and baskets throughout an energetic final two quarters and played Washington to a 75-all tie. But Liz Cambage converted the go-ahead layup with 1:32 to play, Wilson scored consecutive baskets and the Aces fielded multiple defensive stops in the final minute.

“We made the plays down the stretch. We are learning in that respect,” Laimbeer said. “There are some mistakes we made, no doubt about that, but overall we’ll take this win all day long.”