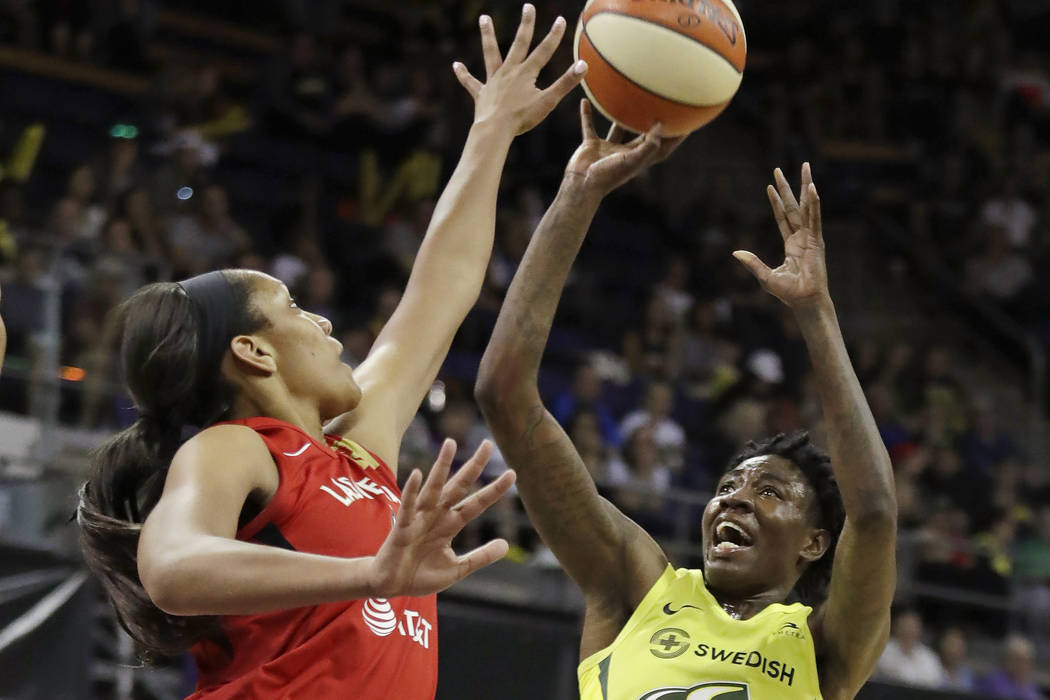 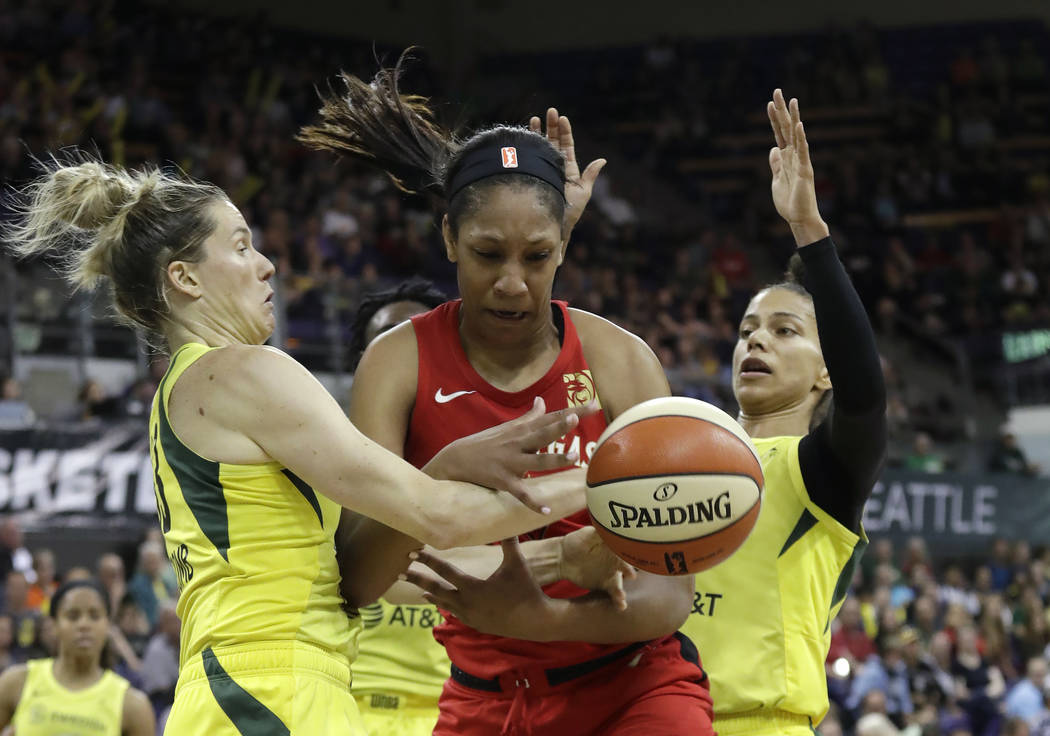 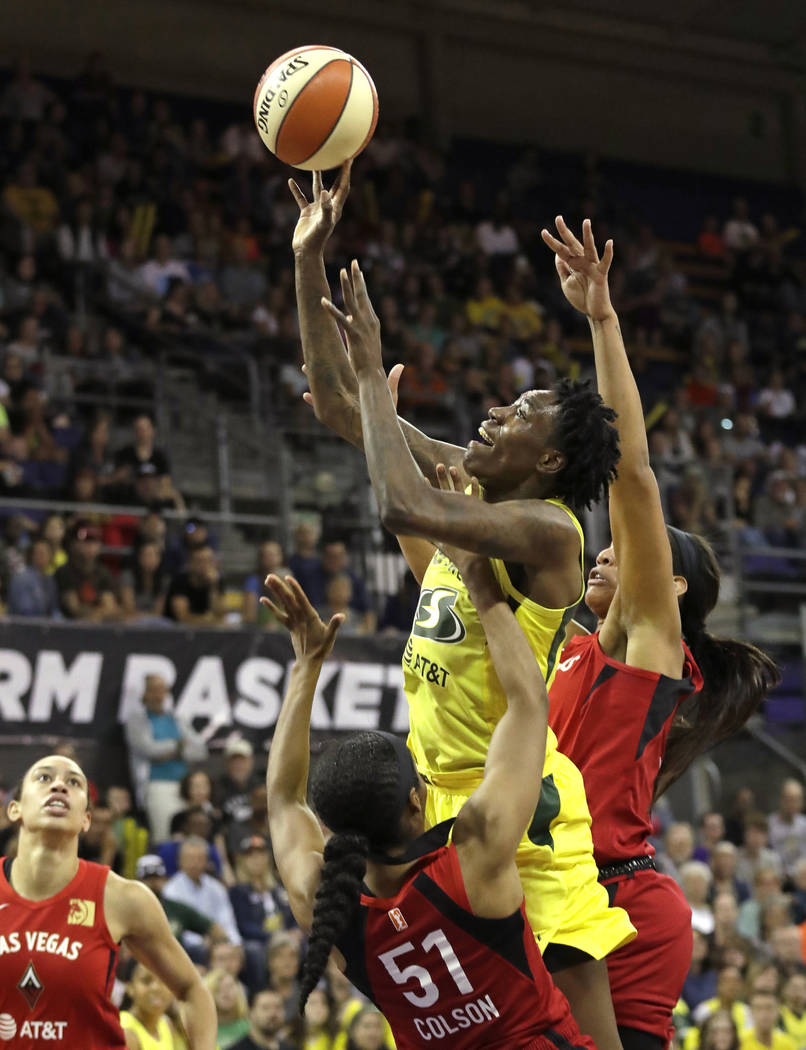 The Aces did not provide a timetable for her return, and Wilson did not respond to a request for comment.

The second-year forward collided with teammate Liz Cambage in the third quarter of a 69-66 road loss to the Storm, collapsed to the floor and grabbed her left ankle. The training staff attended to her on the court during a stoppage of play before escorting her a few minutes later to the locker room.

She did not return.

The team announced the injury as an ankle sprain Friday night, and Aces coach Bill Laimbeer speculated after the game that it’s a high ankle sprain, which usually carries a recovery timetable of six to 12 weeks.

Wilson played in all 33 games last year and hadn’t missed a game this season while helping the Aces to an 11-6 record, the WNBA’s second-best mark. She’s averaging a team-high 15.4 points to go with 6.6 rebounds and shoots 48.2 percent from the field while teaming with Cambage to form perhaps the league’s best frontcourt.

Wilson was voted a captain for next Saturday’s WNBA All-Star Game at Mandalay Bay Events Center. Her status for the game is uncertain.

Backup forward Dearica Hamby could start Sunday’s home game in Wilson’s place. Hamby is averaging 9.2 points on 50.4 percent shooting and 6.2 rebounds as one of the top candidate’s for the league’s Sixth Woman of the Year Award.

After Sunday’s game, Las Vegas concludes the first half of the season Tuesday by hosting Seattle.