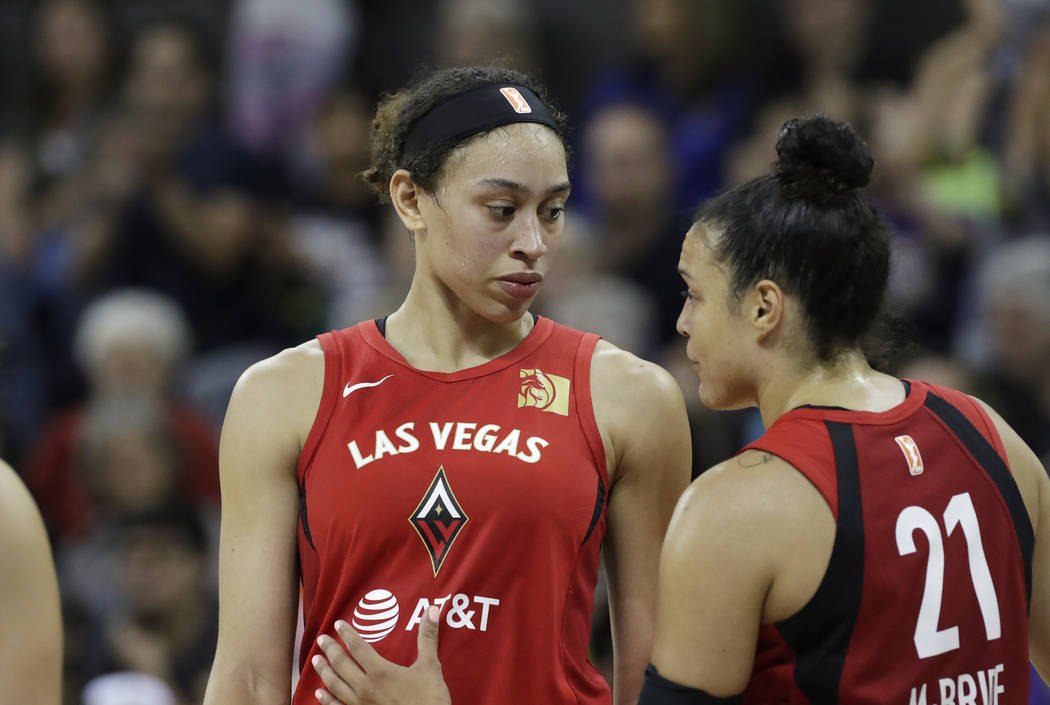 Las Vegas Aces' Dearica Hamby, left, talks with Kayla McBride (21) during a break against the Seattle Storm in the first half of a WNBA basketball game Friday, July 19, 2019, in Seattle. (AP Photo/Elaine Thompson) 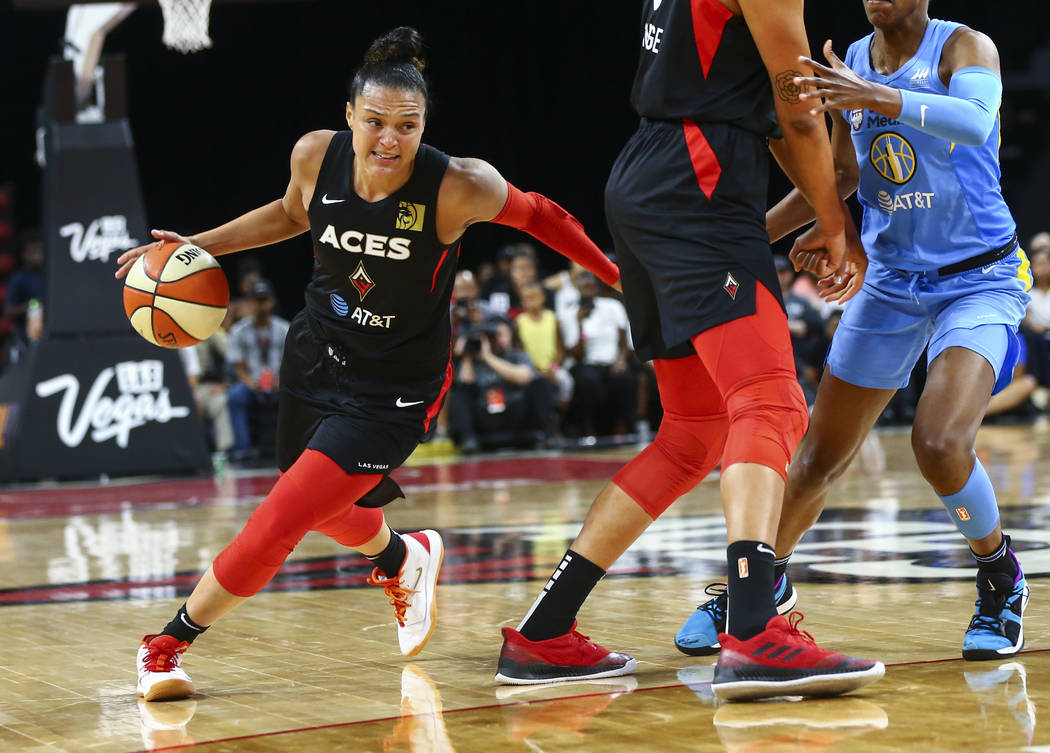 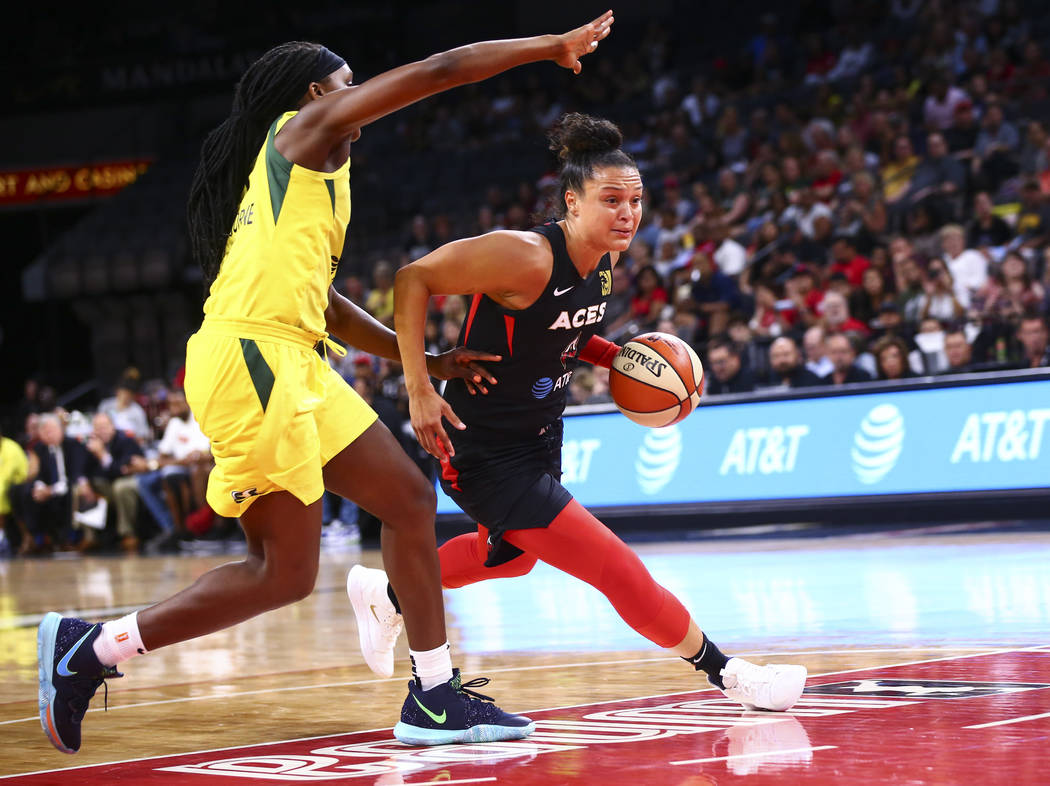 The 3-point contest is coupled with a skills challenge this year, and will be a standalone event at 4 p.m. Friday on ESPN. The contest last year was held at halftime of the All-Star game, and hasn’t been it’s own event since 2006.