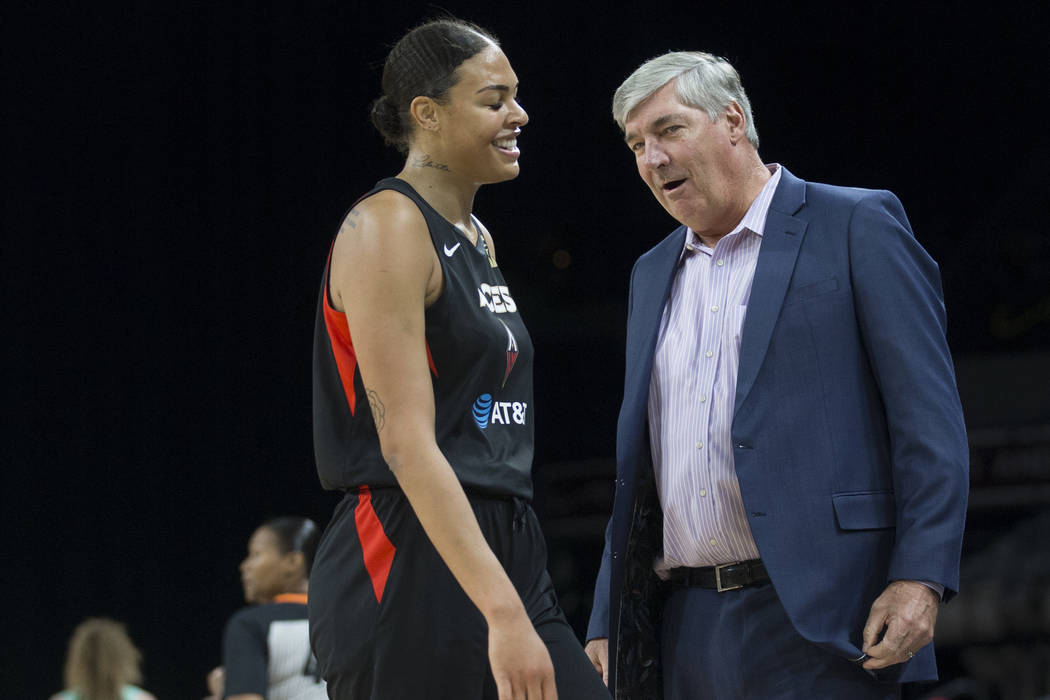 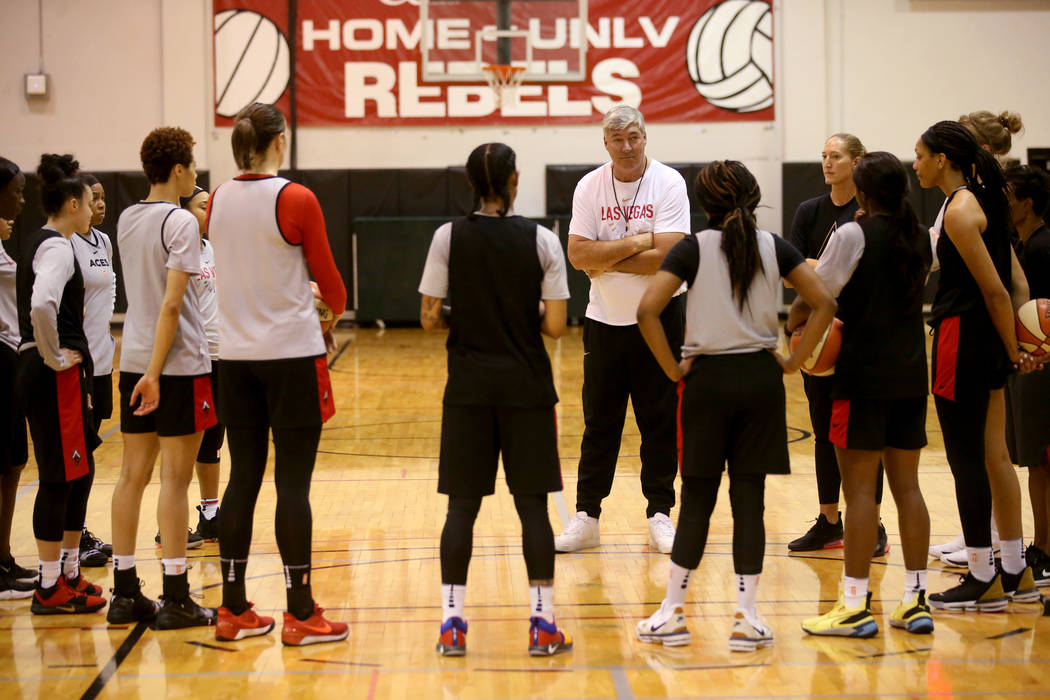 Aces coach Bill Laimbeer occasionally alludes to a three-year plan he prepared for the franchise. And, no, he won’t offer much detail two months into the second season.

“I’ll cross year three when I get to it,” he said with a chuckle.

Too much remains at stake in his second season.

Laimbeer, 62, is focused more exclusively this year on the performance of his team, a viable championship contender that boasts the WNBA’s best record at 11-5.

He was hired as president of basketball operations in October 2017 before the Aces’ inaugural season, but he also managed the daily business operations while coaching a youthful team to a 14-20 record.

The Aces are flourishing on the court under Laimbeer’s leadership, winning five straight games and nine of their last 11 as they near the All-Star break. They play Friday at the Seattle Storm, the defending league champion.

“He definitely has a lot more to say when it comes to what we’re doing and who we are as a basketball team,” Aces guard Kayla McBride said. “He understands the magnitude that we’ve had and the effect that we’ve had on the WNBA. He wants us to be able to maximize it as a team. … If we can hold ourselves to that standard, the sky is the limit.”

Laimbeer left the New York Liberty for Las Vegas in part for the challenge of building a new franchise. He had won three titles with the Detroit Shock and built the Liberty into a contender — while the Aces, then the San Antonio Stars, were foundering as the league’s worst team.

“Last year was such a whirlwind, and no one knew half the time what we were doing,” Laimbeer said. “It was kind of all over the map.”

But the Aces survived, all while implementing a competitive culture on the court and a refined structure away from it. Laimbeer hired Monjer full time shortly after the season and added Padover in December, signifying a delegation of duties and a restructuring of the team’s front office. Laimbeer in turn has taken a more prudent approach to basketball and is focused on advancing the culture he installed in 2018.

“What it gives him for now is a certain level of comfort that the actual managing of the business is handled,” Monjer said. “So he’s asking questions more so to check in and make sure things are going in the right path versus always needing to be in the weeds because we’re just getting set up or something like that.”

Laimbeer sought to build on the positives of 2018 — especially the play of All-Stars A’ja Wilson and McBride — while improving the roster and addressing weaknesses.

The trade for All-Star center Liz Cambage expedited the process, and acquiring guards Jackie Young, Sydney Colson and Sugar Rodgers has shored up the rotation.

There is an understanding this year about Laimbeer and his expectations, along with a trust in his championship pedigree and experience.

“The biggest difference we wanted to see is a comfort level,” assistant coach Vickie Johnson said. “New system, new coach the first year, last year. Now players are used to Bill and the way he coaches, his system, defensively.”

Laimbeer is demanding, McBride said, but he provides a space for players to develop and challenge one another. As a former player, he understands their perspective and toes the fine line of accountability and empowerment while building toward a run at a championship.

That is indeed the ultimate goal, he says. No question about that.

And it’s in play, too, in the second year of a three-year plan.

“I’ve tried to focus exclusively on the basketball team once this (season) started,” he said. “Yeah, OK. It’s still tiring. It’s work. It wears you down. But doing both (business and basketball) at the same time would be doing my team a disservice.”