The Aces played one of their worst games of the season Aug. 9 against the New York Liberty.

The league’s last-place team led most of the way against the listless Aces, but A’ja Wilson wouldn’t let her team lose.

She scored 12 of her 31 points in the fourth quarter, including the Aces’ final eight. Her last basket, a short bank shot with 6.9 seconds left, proved to be the difference in a 78-76 win.

It was only the seventh game, but it launched Wilson into the forefront of the MVP discussion. Wilson has largely shied away from that topic, but she has pointed to consistency as a reason she’s gone from an All-Star in her first two seasons to an MVP front-runner.

“I don’t care what my numbers are, I just want to produce that every single day,” Wilson said. “You probably didn’t see that my first two years because I was on a roller coaster. This year, I wanted to focus on being consistent and being there for my team at all times. Is that an MVP? I don’t know.”

Wilson has consistently been there for her team, and the numbers reflect that. She’s second in the league with 20.4 points despite being the focal point of every opponent’s defensive scheme, tied for fifth with 8.7 rebounds and leads the league with 2.0 blocks per game.

She also averages 2.0 assists and 1.2 steals and is taking a league-high 6.9 free-throw attempts per game and making 78.8 percent.

“The scouting report is literally designed to stop her,” Aces forward Dearica Hamby said. “They throw different things at her. Three people, two people, four people, and she’s still putting up those kinds of numbers and getting us victories. I definitely think she should get MVP this year.”

With Wilson leading the way, the Aces are one win from clinching at least a top-two seed for the playoffs. If they win their final two games — at noon Saturday against Los Angeles and at noon Sunday against Seattle — they’re the No. 1 seed.

Even Aces coach Bill Laimbeer didn’t think that was possible entering the season. He expected them to finish in the middle of the pack, and attributes much of the success to Wilson’s production and embracing the leadership role.

“If you take her off this team, we’re mediocre at best,” Laimbeer said. “That’s no disrespect to any of our other players, but A’ja is that important to us. Points, rebounds and, more importantly, her defense has been spectacular this year. It’s been fun to watch. She’s the full package across the board, and with our team record and her success, she’s deserving of it.”

Here are the other contenders for the award:

Napheesa Collier, forward, Minnesota: Wilson’s podcast partner on The Tea with A and Phee, Collier averages 15.8 points, is second in the league with 9.1 rebounds and fourth with 1.8 steals.

Arike Ogunbowale, guard, Dallas: The league’s leading scorer at 21.9 points per game is the main reason the young Wings are in contention for a playoff spot.

Candace Parker, forward, Los Angeles: The two-time MVP leads the league with 9.7 rebounds per game to go with 14.5 points on 50.9 percent shooting and 4.6 assists.

Breanna Stewart, forward, Seattle: The 2018 MVP probably will be Wilson’s toughest competition, as the Storm has been the league’s top team for most of the season. She’s averaging 19.7 points, 8.3 rebounds, 3.6 assists, 1.7 steals and 1.3 blocks, and makes 36.8 percent on 3-pointers and 89.4 percent on free throws.

Courtney Vandersloot, guard, Chicago: She averages a league-best 9.9 assists and set the single-game record with 18 on Aug. 31. She also averages 13.6 points. 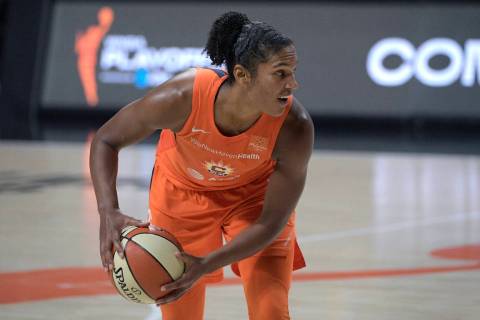 The top-seeded Aces will look to bounce back from a lackluster 87-62 loss to the seventh-seeded Connecticut Sun in Game 2 of the WNBA semifinals. 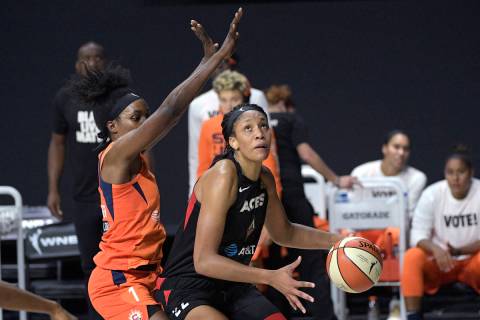 The top-seeded Aces were sluggish in an 87-62 loss to the Connecticut Sun in Game 1 of the WNBA semifinals. Jasmine Thomas led the Sun with 31 points. 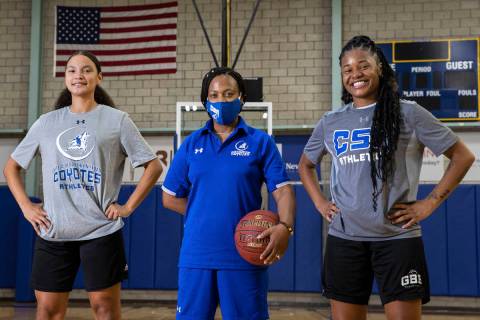 The College of Southern Nevada will have basketball for the first time since 2002-03 and hopes to be successful despite setbacks caused by the pandemic. 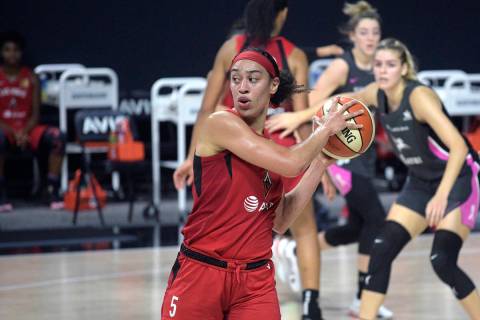 The Aces’ Dearica Hamby was named the Sixth Woman of the Year for the second straight season, and general manager Dan Padover was selected Executive of the Year. 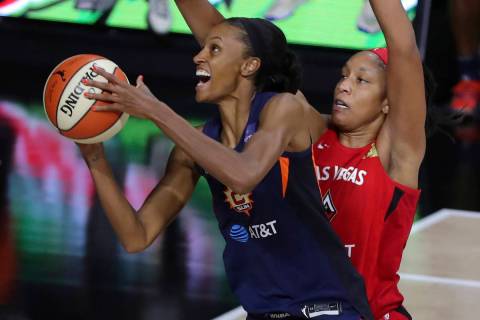 The Aces received a double bye into the semifinals after earning the No. 1 seed and will meet the No. 7 Connecticut Sun in a best-of-five series beginning Sunday. 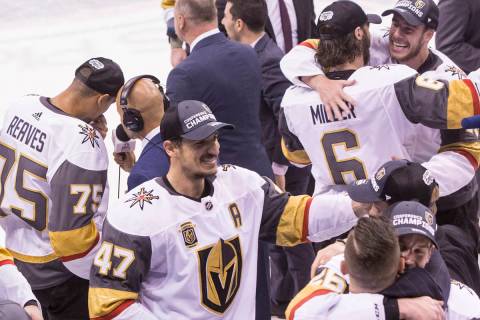 The Golden Knights’ three-year start not only measures up well compared to other NHL expansion teams but also among the most successful in pro sports. 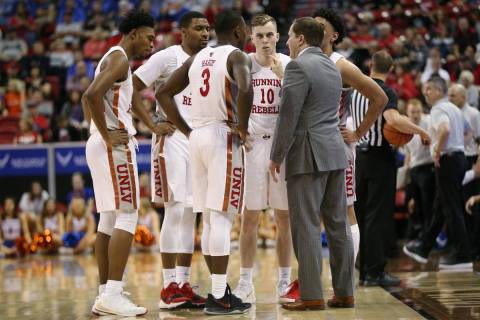 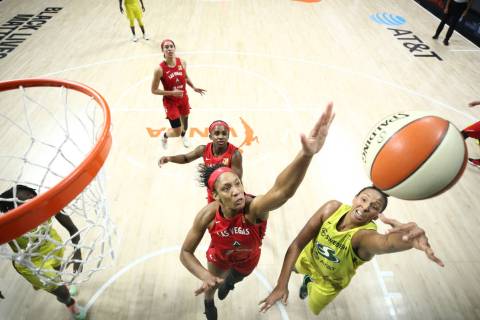 The Aces will open their best-of-five WNBA semifinal series against the Connecticut Sun at 10 a.m. Sunday, a week after they ended the regular season.