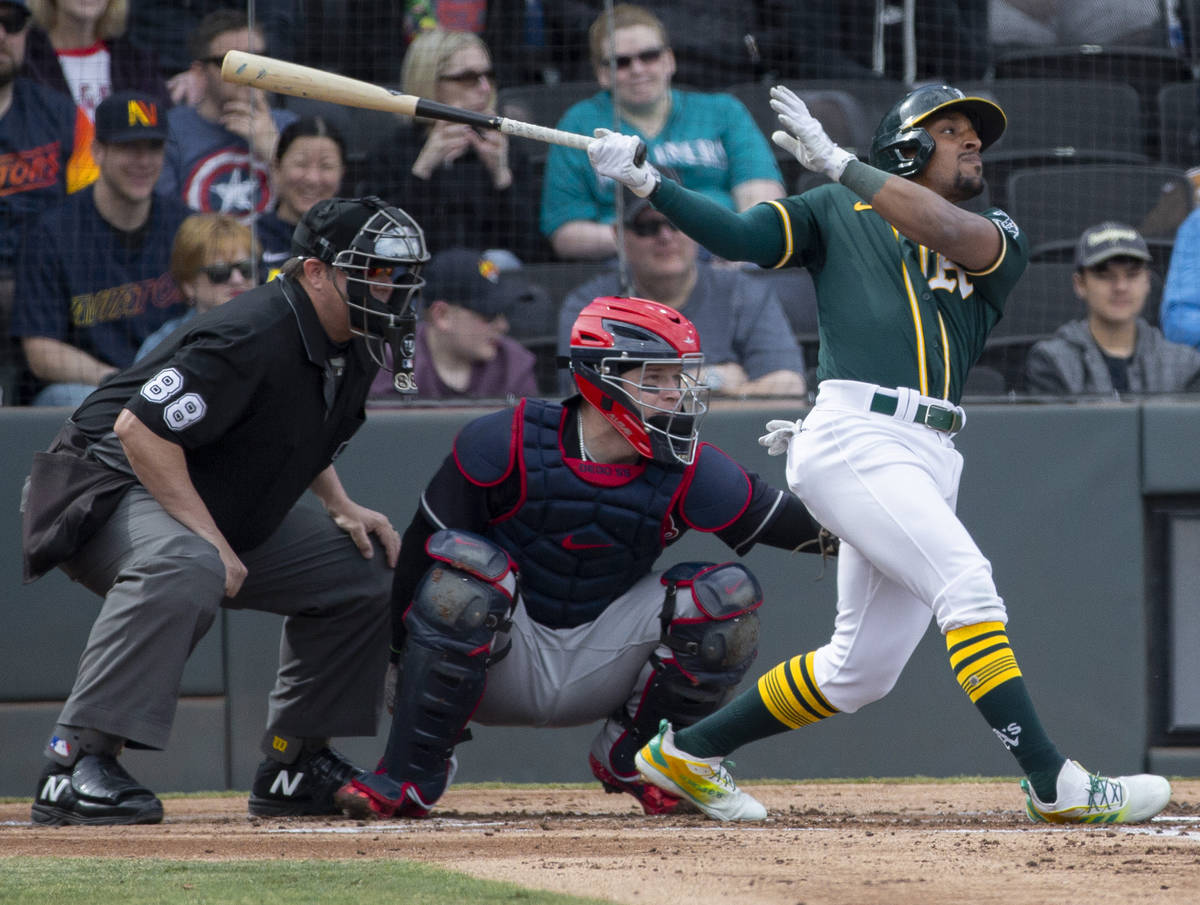 It would be wonderful to have Major League Baseball in Las Vegas, but not if the team insists on a public subsidy.

Members of the Oakland A’s organization will reportedly soon be in Las Vegas discussing the possibility of moving the team here. Their efforts to build a new stadium in Oakland have been unsuccessful for years. MLB has given the team approval to look at relocation.

In one respect, this news is exciting. Baseball is the national pastime. There are likely hundreds of thousands of Clark County residents who’d enjoy going to a game. Unlike with football, baseball’s 81 home games provide ample opportunities to attend a game in person.

Professional sports are also a badge of prestige. They differentiate major cities from smaller ones. If the A’s moved here, Las Vegas would be one of only 20 or so North American cities with three franchises among the top four leagues.

Before so many athletes decided to become political pundits, having a sports team helped unify a community. The hometown team is an easy source of small talk and civic pride. That’s certainly been the case with the Golden Knights.

At the moment, it’s likely Las Vegas is being used as leverage. If Oakland gives the A’s what they want, the team will probably stay in the Bay Area. But leverage plays can lead to new locations. Just look at what happened with the Raiders.

Behind the shiny façade of a new sports team lurks the $1 billion question. Do the A’s love Las Vegas or are they interested in our willingness to open our wallets?

There are all sorts of reasons a handout to the A’s would be a bad idea. For one, it’s unjust. Companies have collectively spent billions of private dollars building entertainment venues. Government shouldn’t subsidize their competition.

Professional sports teams don’t want you to realize it, but government funds aren’t necessary to build large-scale projects. The MSG Sphere at The Venetian will cost an estimated $1.8 billion. That project didn’t require raising the room tax.

MGM built the T-Mobile Arena for $375 million. It was privately funded. For years, MGM officials have been open about their desire to see an NBA franchise in Las Vegas. That hasn’t happened yet. It’d be a sad irony if subsidizing an MLB team to come to Las Vegas made the NBA less interested in Las Vegas.

Elected officials from both parties routinely talk about the need to make Las Vegas less reliant on tourism. Offering a massive subsidy to a sports team would have the opposite effect.

Even if the A’s decide they want to come to Nevada, it’s far from certain the Legislature would approve a tax increase to fund a stadium. In 2016, then-Gov. Brian Sandoval rammed through a room tax increase to funnel $750 million into what became Allegiant Stadium. Because tax increases require a two-thirds vote in each house, passage was not assured. In the Assembly, it needed 28 votes to pass. It received 28 votes.

Gov. Steve Sisolak will have a tougher time whipping Republican votes than Sandoval did. Some Democrats may not want to raise taxes for a sports team but not for education. The Clark County Education Association, which is running two tax-hiking ballot initiatives in 2022, would likely object, too.

If the A’s want to come to Las Vegas because they believe it’s a great baseball city where tourists would supplement hometown fans, then welcome. Having a third major professional team would be a feather in Southern Nevada’s cap. One request: Please put a roof on the stadium. It’s too hot in the summer to sit outdoors for three hours, even in the evening.

But if their interest is dependent on taxpayers coughing up hundreds of millions of dollars, no thanks.