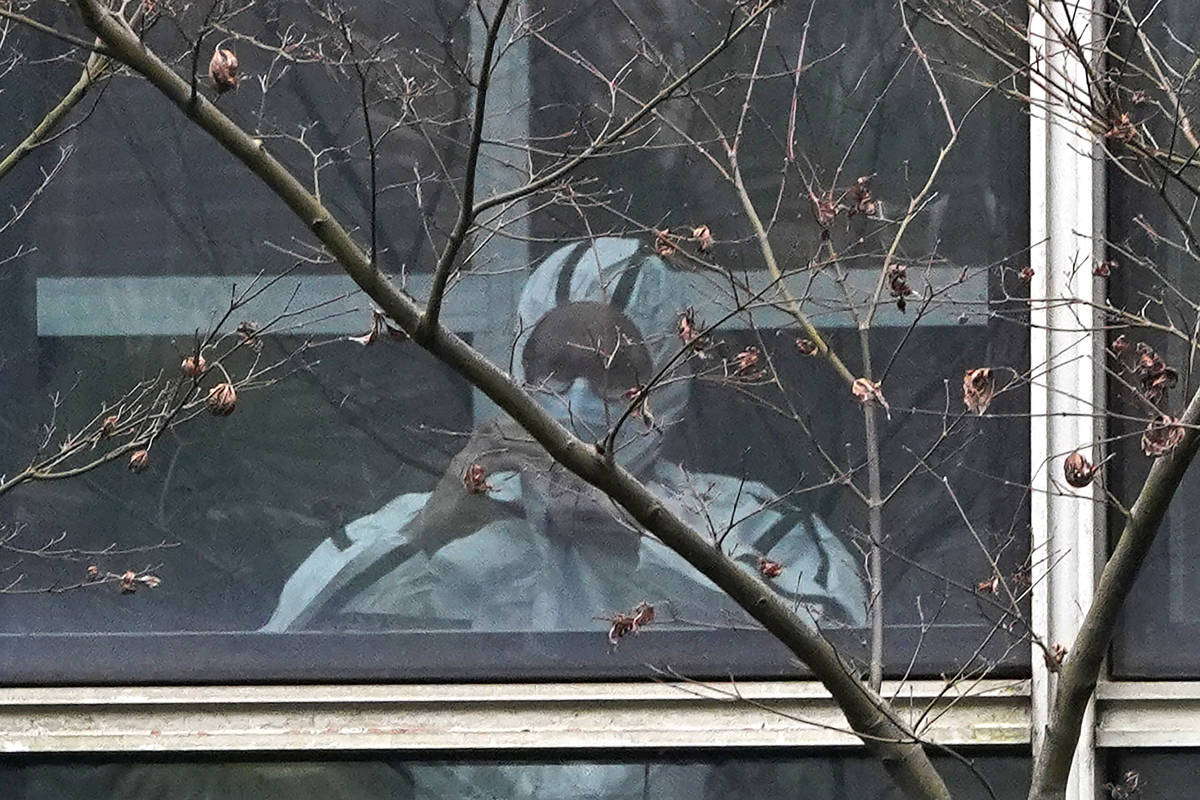 In this Feb. 2, 2021, file photo, a member of a World Health Organization team is seen wearing protective gear during a field visit to the Hubei Animal Disease Control and Prevention Center for another day of field visit in Wuhan in central China's Hubei province. A joint WHO-China study on the origins of COVID-19 says that transmission from bats to humans through another animal is the most likely scenario and that a lab leak is “extremely unlikely," according to a draft copy obtained by The Associated Press. (AP Photo/Ng Han Guan, File)

Turns out the conspiracy was to label as conspiracy nuts those who thought the coronavirus might have come from a Chinese lab.

Over the past few weeks, there’s been a major shift among scientists and national mainstream media outlets about the lab-leak theory. In May, Dr. Anthony Fauci said he was “not convinced” that the coronavirus developed naturally. He added, “I think we should continue to investigate what went on in China.”

These same outlets and much of the scientific establishment would have dismissed you as a crank for saying that a year ago. That’s not hyperbole.

“Tom Cotton keeps repeating a coronavirus conspiracy theory that was already debunked,” screamed a Post headline from February 2020. Sen. Cotton’s thought crime was saying we didn’t know “where it originated,” but that the possibility of a lab leak should be investigated.

A correction now states that the headline has been changed “because, then as now, there was no determination about the origins of the virus.”

That same month, The Lancet, a respected medical journal, published a statement from more than two dozen scientists condemning claims that the coronavirus didn’t have a natural origin as “conspiracy theories.” The statement further implied that thinking otherwise created “prejudice.”

Zoologist Peter Daszak organized that statement. Daszak ran an organization called EcoHealth Alliance, which received grants from the U.S. government. That organization then gave money to the Wuhan Institute of Virology for genetic recombination research on diseases of bats and people.

“In one State Department meeting, officials seeking to demand transparency from the Chinese government say they were explicitly told by colleagues not to explore the Wuhan Institute of Virology’s gain-of-function research, because it would bring unwelcome attention to U.S. government funding of it,” Vanity Fair reported Thursday.

Journalists have now explained why they didn’t investigate this possibility last year. “I think a lot of people on the political left and people in the media made this mistake and said ‘Wow, if Tom Cotton is saying something it can’t be true,’ ” New York Times writer David Leonhardt said.

Social media giants cracked down, too. In February 2020, Twitter permanently suspended the account of Zero Hedge after he published an article suggesting the virus came from the Wuhan Institute of Virology. Twitter restored the account last June and admitted it made a mistake. For months, Facebook removed posts that shared “false information,” including that COVID \ “is man-made or manufactured.” Last week, it announced it would stop removing those claims.

There are some obvious lessons here. You can’t dismiss a theory just because someone you dislike said it could be true. Groupthink among scientists and the media is bad for everybody.

Perhaps most importantly, this is why discussion shouldn’t be censored. Something a scientist or social media company considers “false” today might later be proven true.

It remains unknown where the coronavirus originated. A robust debate over that topic should be encouraged rather than stifled.