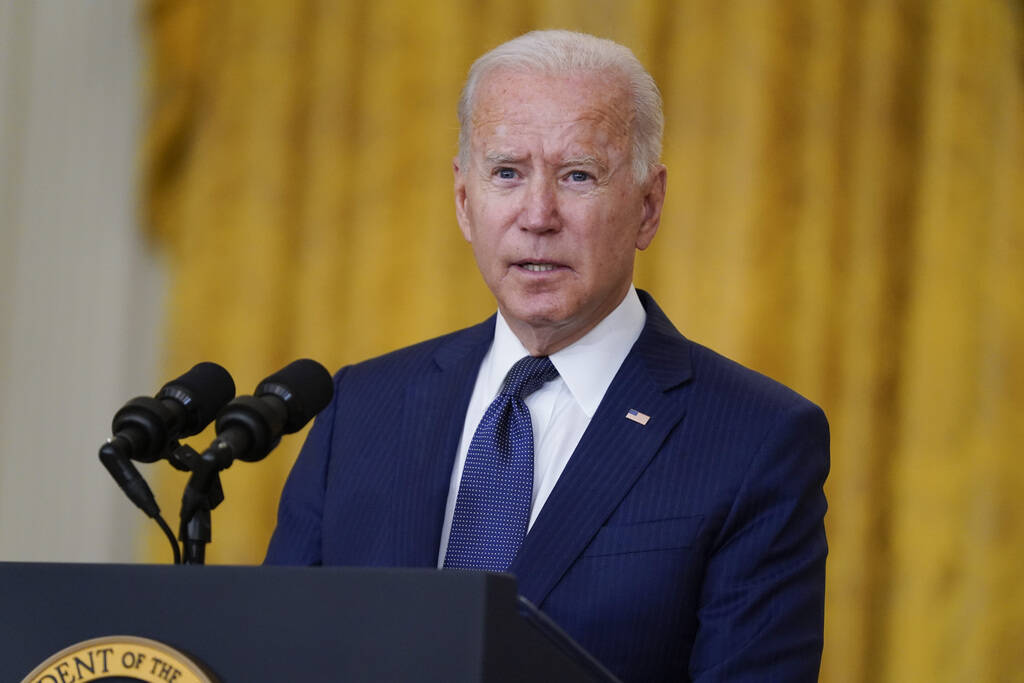 President Joe Biden speaks about the bombings at the Kabul airport that killed at least 12 U.S. service members, from the East Room of the White House, Thursday, Aug. 26, 2021, in Washington. (AP Photo/Evan Vucci)

Consider America’s greatness. By any number of objective standards, America has been a successful country. We have the largest economy in the world. Despite having four times as many residents as the United States, China’s GDP is around 30 percent smaller. Our median household income is one of the highest in the world. The countries ahead of the United States are much smaller.

America has the mightiest military in the history of the world. Even President Joe Biden’s decision to surrender Afghanistan and leave Americans as hostages doesn’t change that. Our military doesn’t just keep our country safe. It secures global shipping lanes around the world.

People are also voting with their feet. Ten million is a conservative estimate of the number of illegal immigrants in the United States. Some people would rather cling to a departing American airplane than stay in Afghanistan. Others brave shark-infested waters to swim here. Those coming from Central America face the threat of robbery, rape and murder just for the chance to cross the border illegally.

Two things come to mind when reflecting on these facts. The first is an overwhelming gratitude to be an American. Privilege is thinking the most likely alternative to America is utopia, instead of grinding poverty and political oppression.

The second is a question. What made America great?

Look at broad categories such as land mass, natural resources or total population. America ranks well in each but isn’t the leader in any of those areas. Perhaps our greatest geographical advantage are the oceans that separate us from Europe and Asia. That makes us harder to attack, but it isn’t a sufficient explanation for America’s success.

You can’t credit the government either. Many other countries have governments that are larger and more intrusive.

What’s unique about America is freedom. Our founding ideal is that people have a God-given right to life, liberty and the pursuit of happiness. The Constitution placed explicit limits on government. The Founding Fathers used numerous mechanisms, including the separation of powers and Bill of Rights, to check the reach of government.

This made America a land of opportunity. A place that rewarded people for hard work. A place where there were no guarantees of success, but the biggest factor in your success was your own decisions.

This isn’t to gloss over the horrors of slavery or Jim Crow. Slavery, however, wasn’t unique to America.

With this in mind, evaluate the Democrats’ new $3.5 trillion spending bill. It will expand government programs from “cradle to grave,” as The New York Times wrote. And that’s supposed to be the selling point. Sit there and Uncle Sam will hand you more and more goodies. You don’t have to make better choices or think long-term. Just stick your hand out.

If our predecessors had that mindset, America wouldn’t be the great country she became. If this mindset continues, our country will keep laying the groundwork for our own diminishment.