Since 1986 the federal Low-Income Housing Tax Credit program has allowed private investors to reduce their federal tax liability if they help pay for the creation or rehabilitation of affordable rental housing. Last year the program financed nearly 1,150 homes and apartments in Nevada and capped their rents for at least 30 years.

But the program lost some effectiveness with the December passage of the Tax Cuts and Jobs Act, which lowered the corporate tax rate and decreased demand for the credits, Holliday said.

He estimated that investors could be willing to pay up to 14 cents less for each dollar of tax credits. That adds up over time.

National accounting firm Novogradac & Company estimates 1,730 fewer affordable rental units will be built in Nevada over the next decade.

In the state’s two most populous counties, Clark and Washoe, the Housing Division estimates about 197,000 more affordable rentals are needed.

A 2016 Housing Division report found rentals built and preserved through the tax-credit program had waiting lists of close to 9,500 households, up 18 percent from the previous year. 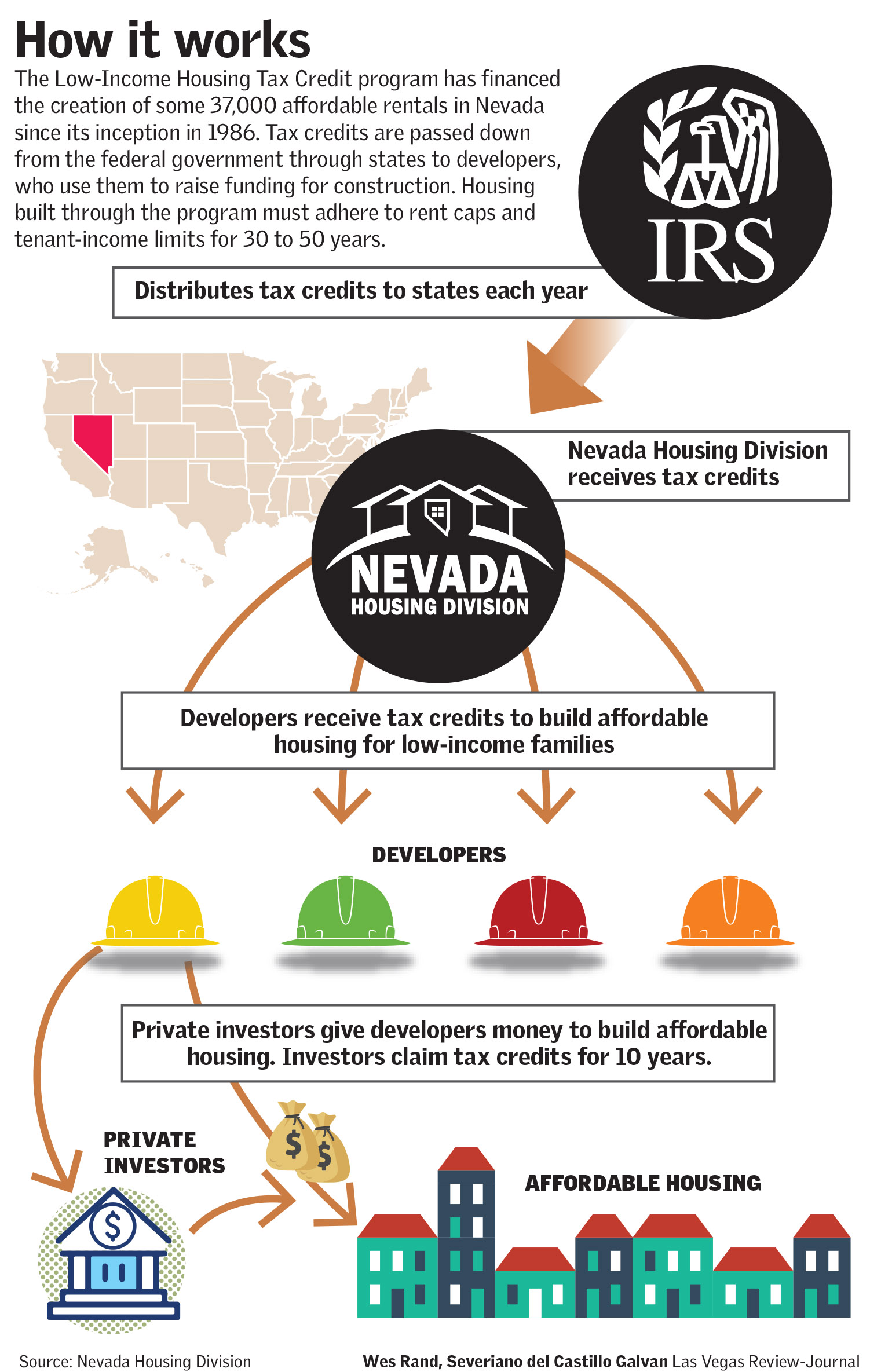 Rent at the 264-unit complex on Boulder Highway is based on each tenant’s income, which averages $30,000 a year. A two-bedroom apartment with granite countertops and a laundry room can rent for as low as $567 a month, almost $400 cheaper than the area’s average rent. A public charter school is next door, and a playground and pool are being built in the complex.

“This development would not happen if we did it today,” he told lawmakers.

Looking at ‘root cause’

Others see the devaluation of tax credits as an opportunity to explore alternative avenues for financing affordable housing.

“Affordable housing is the responsibility of state governments, not the federal government,” she said.

State Sen. Julia Ratti, D-Sparks, chair of the interim legislative committee studying affordable housing, said lawmakers are looking into how Nevada can help close the financing gap. However, any substantial change will have to wait until the 2019 Legislature session.