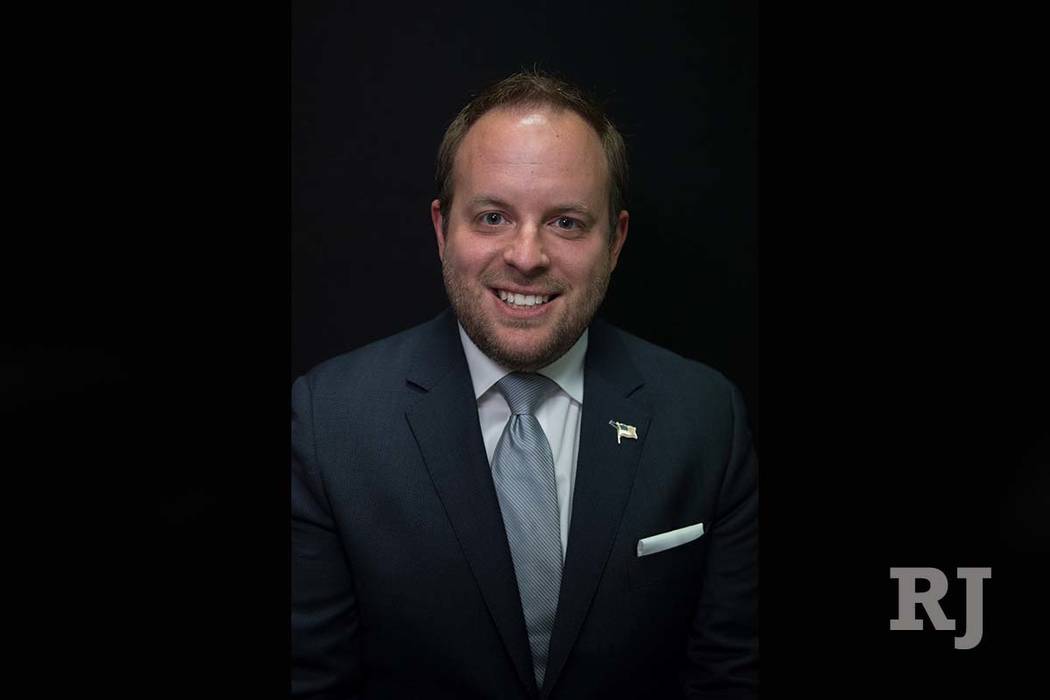 Another Democrat is running for Nevada treasurer, setting up a primary this June with former Assemblyman Andrew Martin.

Zach Conine, a Las Vegas businessman, on Wednesday entered the race to replace outgoing Republican Treasurer Dan Schwartz, who is running for governor.

And Conine is doing with the help of former two-term Treasurer Kate Marshall.

“I am pleased to endorse Zach Conine for Nevada State Treasurer,” Marshall said in a statement. “Nevadans need someone who shows great character, integrity, and accountability to handle the State’s finances and I am confident Zach Conine is the right choice for this critical position.”

Conine previously worked as director of operations for the Golden Nugget and as investment company analyst before co-founding the business consulting firm Joseph Beare & Company.

“Whether it was helping a small business get off the ground by creating a solid budget or helping a large company get over a hurdle by assisting with strategic investments and debt management, I’ve spent my career working to ensure businesses run efficiently,” Conine said. “I want to take that experience to our state government, so our tax dollars are spent wisely and invested in building a brighter future for our state.”

Conine filed his candidacy paperwork with the Secretary of State’s office Wednesday. Republicans Bob Beers and Derek Uehara, as well as Independent American Party candidate Bill Hoge, are also running for the seat.

Conine ran for the Assembly District 34 seat in 2016, but lost to Shannon Bilbray-Axelrod in the primary.

“I feel that the governor needs to protect the interests of the state as well as the life, liberty and property of the people,” Bundy said in a phone interview with the Review-Journal after filing his candidate paperwork.

Bundy, an independent, is just months removed from being released from federal custody after a judge dismissed charges against him, his father and his brother Ammon Bundy that stemmed from a 2014 armed standoff with federal agents.

The charges were dropped in January as a result of what the judge said was prosecutorial misconduct. The U.S. attorney’s office is appealing that ruling.

“The governors that we’ve had in the past have not fulfilled their duties for which they are elected,” Bundy said. “They have allowed me and my family to be terrorized by an outside government.”

The 2018 filing period ends at 5 p.m. Friday. Other candidates who filed Wednesday are: