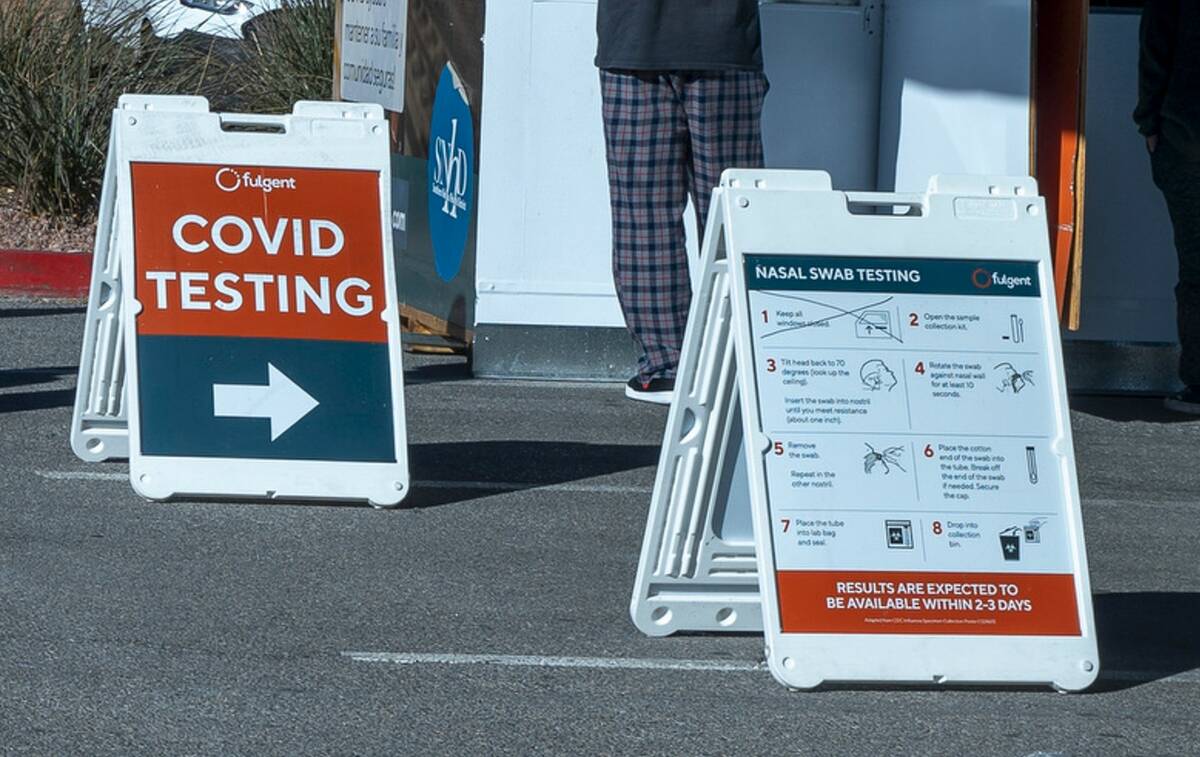 People wait and are served for COVID-19 testing at the Veterans Memorial Community Center in January 2022 in Las Vegas. (L.E. Baskow/Las Vegas Review-Journal)

COVID-19 in Clark County and the entire state has plummeted to low levels, according to the Centers for Disease Control and Prevention, as hospitalizations and reported new cases declined for the sixth straight week.

Last week, Clark County’s levels were designated as medium and the week before that as high. When levels are high, the CDC recommends that everyone wear a mask in public indoor spaces.

When a community is at low levels, the agency recommends that people get tested if they have symptoms and stay up-to-date on vaccinations.

Last week, only White Pine county was at low levels in Nevada, with Churchill County and Carson City remaining at high levels. The rest of the state was at medium levels.

Nevada is the only state in the country with all its counties at low levels, according to the most recent CDC data. Nationwide, just 19.8 percent of counties are at low levels, with 40.55 at medium levels and 39.65 percent at high levels.

The COVID-19 community level is based on new hospital admissions, staffed inpatient beds occupied by COVID patients and levels of new cases per 100,000.

Hospitalizations in the county fell over the past week to 178 from the previous week’s 226, according to data released Wednesday by the Nevada Department of Health and Human Services. Statewide, hospitalizations fell to 235 from 286.

The two-week average of daily new cases declined in the county to 244 from 326, the state data indicates. Statewide, cases fell to 330 from 433.

The two-week average for daily deaths — a disease indicator that lags behind cases and hospitalizations — increased in the county to two from one and in the state to three from two. 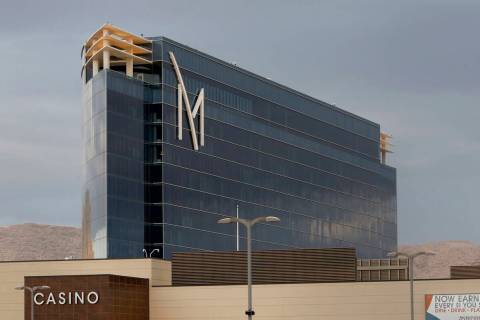 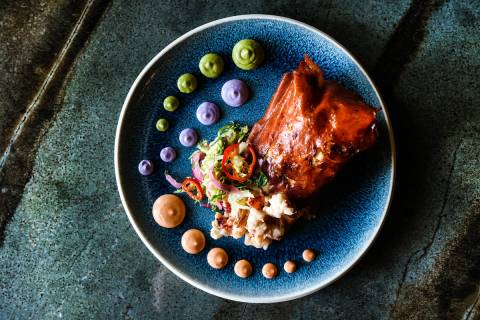