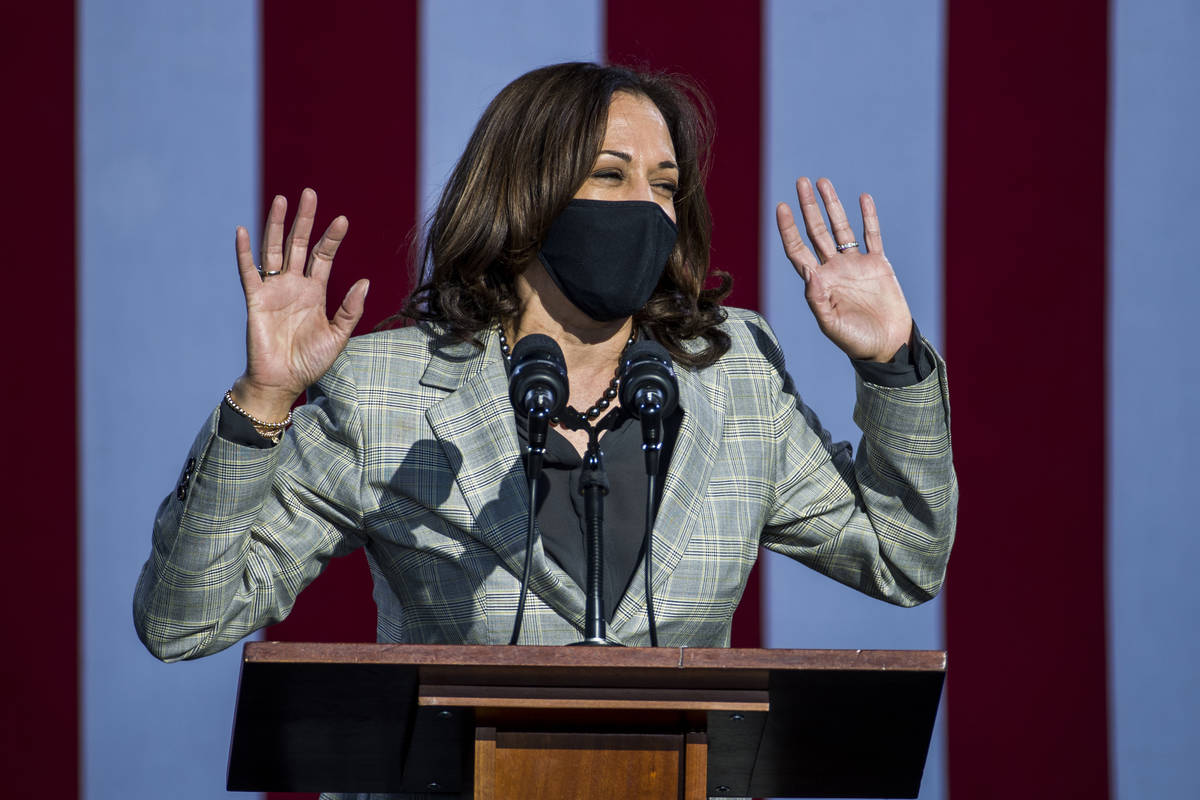 She will hold a “voter mobilization event” in Reno at 1:30 p.m. that will be livestreamed, with a similar Las Vegas event planned for 5:30 p.m. The locations of each were not shared publicly.

Harris last campaigned in the state on Oct. 2, when she hosted a drive-thru rally at UNLV. Democratic nominee and former Vice President Joe Biden held a similar event in Las Vegas the following week, as the duo looked to hold smaller, socially distanced appearances during the ongoing COVID-19 pandemic.

The visit will mark the beginning of the final push for both Democrats and Republicans in the battleground state.

President Donald Trump and Vice President Mike Pence plan to campaign in Nevada on Wednesday and Thursday, respectively, with members of Trump’s family also planning to visit throughout the week.

Early mail ballot and in-person turnout in Nevada has favored Democrats, so far, with nearly 43 percent of ballots to Republicans’ 35 percent.