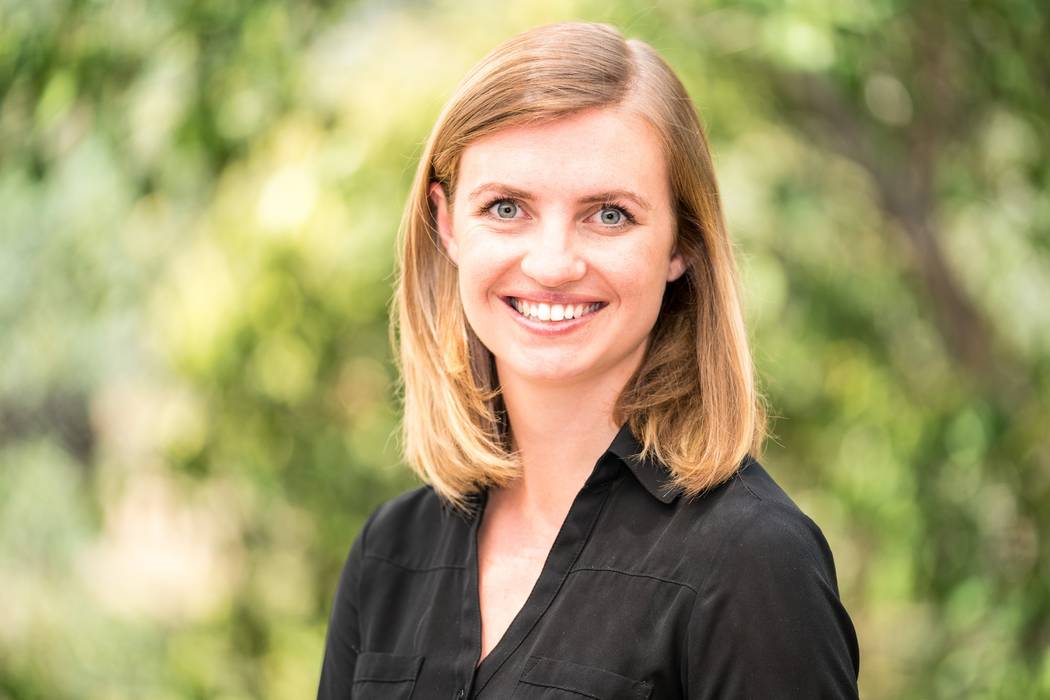 A Clark County deputy district attorney on Wednesday announced that she is running for the state Senate District 9 seat vacated by Republican Becky Harris.

With the endorsement of the Senate Democratic Caucus in tow, Melanie Scheible said she wants to focus her campaign on investing in public schools and implementing “smart and forward looking economic policies” that will allow more Nevadans to go to college and buy homes and lead to high-paying jobs and better access to health care.

“I want to ensure every Nevadan has the same opportunities I had growing up here,” said Scheible, who graduated from Reno High School. “These are issues that impact Nevada’s families every day. I want to be their voice.”

The filing period for candidates running for Nevada offices opened Monday and continues through March 16.

On the Republican side, bakery owner Tiffany Jones filed for the seat this week. Scheible filed Wednesday.

Senate District 9, which represents the southwest corner of the Las Vegas Valley, was a top target for Democrats even before Harris resigned in January to become chairwoman of the Nevada Gaming Control Board.

The district had a slight Democratic voter registration advantage (roughly 32,000 Democrats compared to 25,500 Republicans) as of February. Before Harris was elected in 2014, the seat was held by Democrat Justin Jones.

A poll conducted in early February by the Democrat-leaning Public Policy Polling and paid for by the Senate Democratic Caucus, showed generally unfavorable opinions towards Republicans among voters. The poll showed that 54 percent of respondents had unfavorable opinions about President Donald Trump compared to 37 percent who viewed him favorably. For U.S. Sen. Dean Heller, R-Nev, the unfavorable-to-favorable ratio was 55-26 percent.

The third day of filing was fairly slow, with about 20 candidates submitting their paperwork to run. Some of those moves, however, guaranteed there will be June primaries.

North Las Vegas constable Robert Eliason, who sued Clark County to stay on the job despite not being a certified peace officer, gained a challenger in the Democratic primary on Wednesday. Jon Martin, who spent 25 years with the North Las Vegas Police Department, is taking a second shot at Eliason. Martin ran as a Republican in 2014 and lost to Eliason.

The Assembly District 12 Democratic primary also grew more crowded Wednesday, with Gabrielle D’Ayr becoming the fifth candidate in the race to replace James Ohrenschall, who is running for state Senate. A day after Elliot Anderson said he would not run for re-election in Assembly District 15, Michael Gandy filed to run, creating a Democratic primary against Howard Watts.

The seat is held by Kevin Child, who has indicated he will run for a second term but has not yet filed.

Thompson said he is running because of complaints leveled against Child dating back to 2014 and the ban from school district property that Superintendent Pat Skorkowsky placed on the trustee.