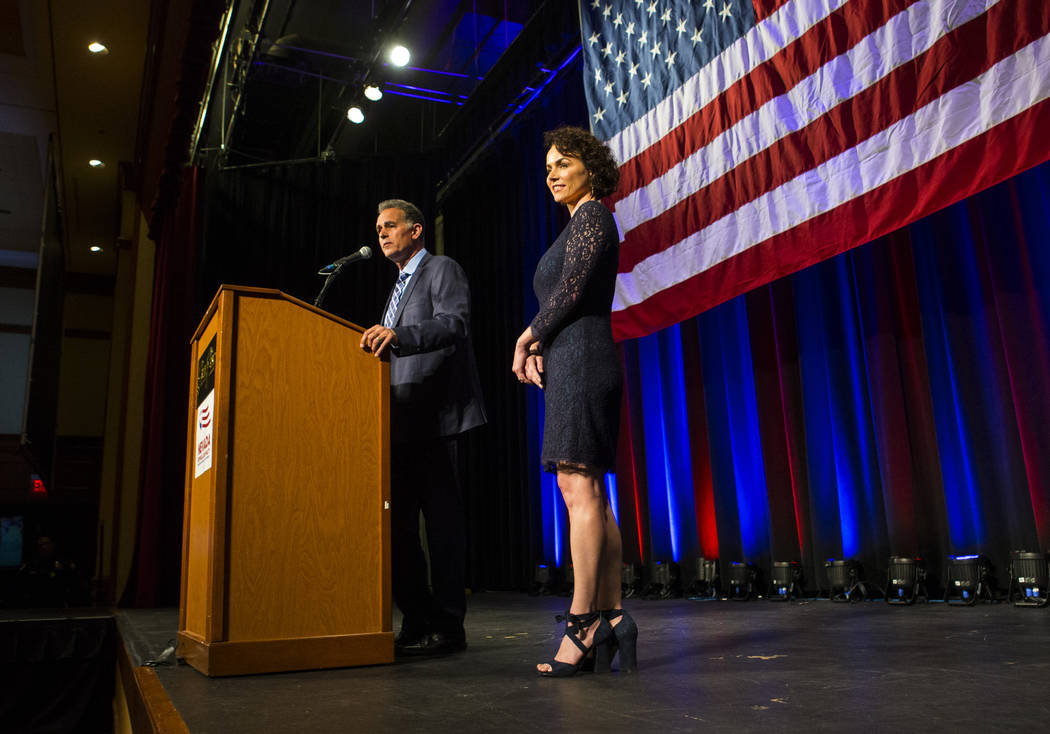 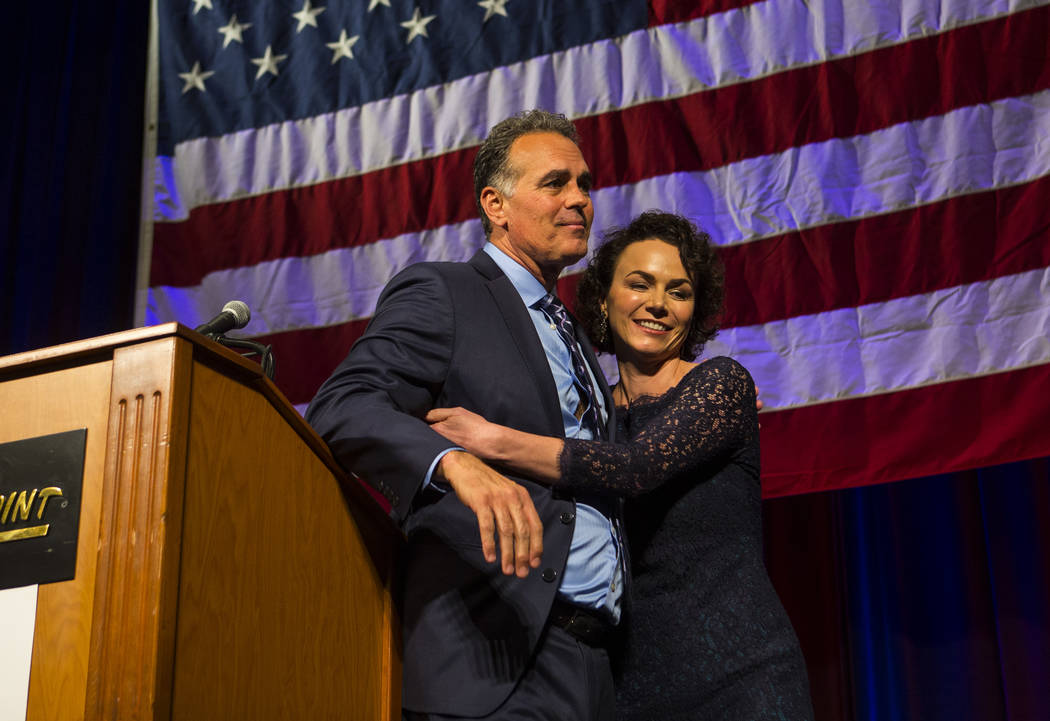 Moments after her husband conceded his bid for Congress after months of scrutiny and attack ads, Amy Tarkanian took to the microphone and let loose.

“There is no room for the voters to complain when you’re going to put a liar into office; it is your fault,” Amy Tarkanian told a deflated crowd at the Republican election watch party the South Point, while her husband, Danny Tarkanian, stood by her side.

“We need to stop this kind of campaigning,” said Amy Tarkanian, who is mulling a Las Vegas City Council run next year. “I don’t care if your party affiliation is nonpartisan, Libertarian, Democrat, Republican — this crap needs to stop.”

Amy Tarkanian also praised her husband for standing with Donald Trump since 2016, when he was a presidential candidate — even as other Republicans distanced themselves from Trump.

“I pray to God that the president take a look and see what happened here,” Tarkanian told the crowd. “Because this man was loyal to him.”

Danny Tarkanian, who lost the 3rd Congressional District race to Democrat Susie Lee, tried to stop his wife from continuing, to which she gently said, “no.”

On social media, some Nevadans tweeted that her comment sounded “suspicious” — almost like Trump promised the Tarkanians something.

In an interview Wednesday, Amy Tarkanian said that asking Trump to “take a look” at her husband’s loss refers to the possibility of voter fraud.

“In a state like Nevada, we don’t even show ID at the polls — which is asinine,” she said. “We’re the third owners of our home and we still get sample ballots mailed to us in the names of other owners. I’m not saying that’s why he lost. I’m saying there is a mess that needs to be cleaned up.”

Danny Tarkanian blamed outside spending and a barrage of negative TV ads and mailers as the reason he lost the race for that seat for a second time.

The ads resurrected old claims that Tarkanian helped “set up” telemarketing companies that preyed on seniors, which he denied. Tarkanian won a defamation lawsuit against past political foes who made similar claims, and a lawsuit is pending against Democratic Rep. Jacky Rosen, who he ran against in 2016. Rosen ousted GOP Sen. Dean Heller on Tuesday night.

“I have had over $20 million in character assassination ads used against me in the past six years, even though I have won a defamation lawsuit on these exact same lies and I am in the process of winning a second,” Tarkanian said Wednesday. “Despite them being totally false, too many voters believe these deceitful and disgusting ads.”

“Susie looks forward to moving past the divisive election season and working together with Democrats and Republicans to get things done on behalf of Nevada families,” Cox said.

Amy Tarkanian said Wednesday that she stands by her election night comments.

“I’m not going to sugarcoat this,” she said. “I know they say you’re supposed to sit there and hug your opponent and wish them well. But I’m tired of empty suits and people who are willing to claw their way up and stab you in the back just to get a title. It’s disgusting.”