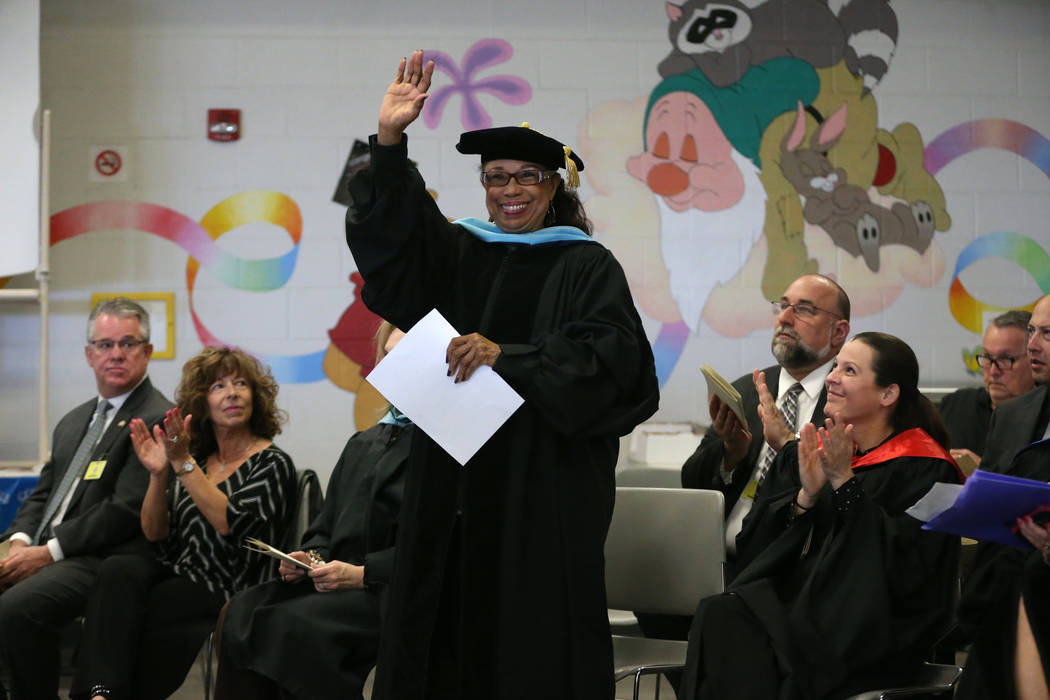 A bureaucratic brawl is again dividing the Clark County School Board, this time with an argument over who should represent the board on the Nevada Interscholastic Activities Association.

It’s a contentious topic that has played out throughout the year in a series of mini-dramas featuring hours of debate, raised voices and accusations of discrimination. And apparently it’s not going away anytime soon.

So much for the hopes of a new, cooperative board focused on student achievement.

In February, board President Lola Brooks nominated Trustee Irene Cepeda as one of two trustee representatives on the NIAA’s Board of Control — a statewide association that governs high school athletics and activities.

That upset Trustee Linda Young, who says she has been asking to serve on the board for three years. When the board voted for Cepeda, Young said she felt that other cultures had all been represented on the NIAA, but not African-Americans.

Brooks has refused to cave in — arguing that since Young’s term ends in 2020, there would not be enough time for her to contribute fully.

That doesn’t fly with Young, who cherishes seniority and who took issue when the board elected Brooks as president even though she had served only a few years on the board. Young noted that she could have appointed herself to serve on the NIAA when she was president, but appointed former Trustee Carolyn Edwards instead because Edwards was a senior board member at the time.

Young claims Brooks has either dismissed her attempts to talk through the issue or ignored her altogether. And Young’s discontent is clear every time the issue resurfaces at a board meeting, which it frequently has.

“You are not truthful, and you are not a good role model for our students,” Young told Brooks in the latest exchange at a meeting this week.

Adding to what Young already considered an insult, the board decided not to replace Cepeda on the NIAA when her term expired and instead appointed a principal to the seat. It’s a change that Young and her supporters say was done without board input or consideration.

Local pastor S.S. Rogers, who attends nearly every board meeting and has been advocating for Young, recently filed a complaint with the attorney general over the matter.

But Brooks argues the change was done with input from principals, who selected one of their peers to represent them.

“It wasn’t a decision by the board, it was giving more authority and autonomy to principals so that they can advocate for policies that directly impact them and their students,” she said this week.

There have been African-American members on the NIAA board before. There are currently at least two, and Ray Mathis — the district’s former athletic director — also previously served as the president.

But this issue strikes a personal chord with Young, who explains that African-Americans and other minorities historically have been denied a number of opportunities — the inability to attend certain schools or work in certain jobs — because of unfair rules.

“I’m only where I am today because of people in my culture and from the African-American and other races that spoke up against injustices and wrong behavior patterns,” she said. “And it’s my turn, I have to do that. I can’t let it go.”

Either way, it’s hard to avoid concluding that the fight has wasted a lot of time and has once again given the board the reputation of being dysfunctional.