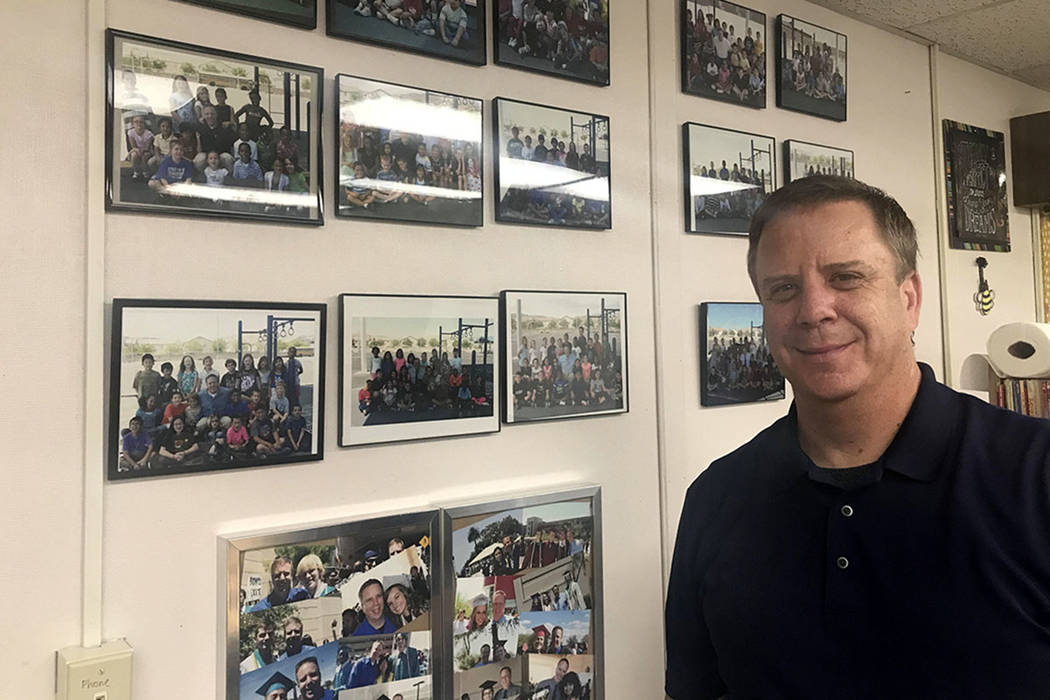 Jim Masden, who has been teaching 22 years in the Clark County School District, is seen In his classroom at Tanaka Elementary School in Las Vegas, Friday, July 27, 2018. (Amelia Pak-Harvey/Las Vegas Review-Journal)

A sinking ship. A sticky swamp. A prison.

Those are some of the images that pop into my head when I talk to former employees of the Clark County School District. Though their individual reasons for leaving vary, it’s easy to imagine them trying to slip out of some totalitarian regime — quietly and without retaliation.

This made me wonder: What drives people, particularly support staffers and teachers, to leave? Or maybe the better question is what makes them stay.

Statistically, the reasons for leaving vary.

But in talking with ex-employees, I find that poor support or issues with administration are common themes.

Brooke Hoffman, who enrolled in the alternative teaching license program and started teaching at an elementary school in 2016, was excited for her first year in the profession. But when she ended up having over 30 students in her classroom and issues with the vice principal, that quickly changed.

Hoffman switched schools but also had issues with curriculum there.

“I just felt like I was hurting these kids because I felt like they were not able to learn. Learning isn’t a fun thing for them,” she said. “And it just felt like all this information is being shoved down their throat, and it’s not even giving them enough time to process it.”

Others who left simply felt overworked and underappreciated.

“It didn’t seem like we as psychologists were appreciated in the work that we did and were essentially only valued to be testing machines,” she said. “Which is really the only thing you can do when you have the ratios that we run at.”

Just said she felt ineffective, with a constant need to complete special education testing and little time to deliver other needed services. In her California school, where there are more staffers to support students, Just feels more valued through a pay scale that’s separate from the one for teachers.

But for every tale of despair, there are also stories of hope from teachers like Jim Masden.

Masden has been teaching in the district for 22 years. His portable classroom at Tanaka Elementary is lined with photos of previous students who are now grown up, and he smiles as he shares their accomplishments.

Sure, he’s thought about leaving the district. But what keeps him grounded? The children.

“I feel like what I’m doing is right. I’m doing what’s right for kids,” he said. “There’s no ulterior motive.”

Cynthia Mirabelli, who teaches at Manch Elementary, has the same passion despite all the negativity around her. “When you get the complaints of the finances, the union, the whatever, I’m like, ‘Look, if I was not a teacher tomorrow, I would be sad,’” she said. “I’d be sad because I feel like that’s my contribution to society.”

Mirabelli tries to teach her high-needs students to absorb and deal with things happening at home, she said. This job, she claims, is her mission. “If not me and others like me, then who?” she asks. “Who’s going to be there?”