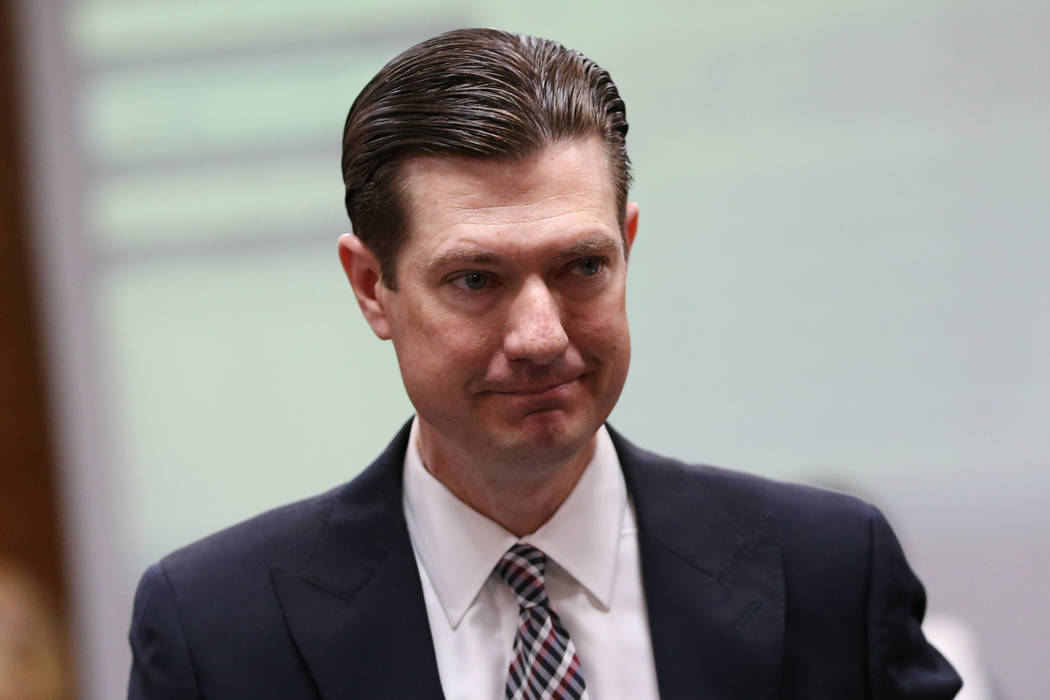 That was evident on Wednesday, when speaker after speaker voiced support for the Clark County School District’s chief academic officer as the top internal candidate for the superintendency.

But what followed played out like a Shakespearean tragedy. While everyone — even the School Board — loves Barton, his supporters may have caused his downfall.

Behind-the-scenes lobbying for Barton apparently got so intense that it drew notice from Trustees Lola Brooks, Linda Cavazos, Carolyn Edwards and Deanna Wright.

Before their selection of Jesus Jara, deputy superintendent of Orange County Public Schools in Florida, some trustees voiced concerns about employees feeling pressured to back Barton.

Cavazos said she heard from teachers up to administrators who said they felt pressured to write letters of support for Barton or show up on the day of the decision in support of his candidacy.

“What made me heartsick, really heartsick, is that this has been such a big part of the search,” she said.

The real kicker: Even though some School Board members don’t believe Barton had anything to do with the campaign, it still hurt him.

“I do feel it speaks to the type of negative loyalty his leadership inspires and this is not something I approve of,” Brooks said at the meeting. “I have zero interest in this organization being an acceptable place to bring people up while pushing others down.”

Barton said he didn’t play any role in the campaign and even encouraged his supporters to cool it.

“I said, ‘Let the process play out, be respectful of the trustees and the role they’re in,’” he said.

He chatted with other local candidates, he said, and wanted local talent to shine.

But he also said he doesn’t believe his supporters ever crossed a line — and doesn’t think that’s what caused the decision.

“I think there was this illusion of pressure on employees — that they were pressured to support me,” he said. “I think a lot of the support was organic.”

Other internal candidates, however, say they felt pressured to step aside from the job.

“From day one I was pressured to step down and not be an opponent or opposite anybody in the district, specifically Dr. Barton,” said franchise principal John Haynal, an applicant who didn’t make it onto the list of six finalists.

Haynal said Associate Superintendent Jeff Geihs, his supervisor, encouraged him to step down and promised a position higher up in the ranks if he did so. He emphasized that he never was pressured by Barton.

But Geihs denied promising Haynal a promotion or asking him to step aside. He said Haynal asked him for a letter of recommendation, which he did not provide due to matters that he had to address with him. He declined to say what those matters were.

Assistant Superintendent Jesse Welsh and former interim chief financial officer Eva White also said an individual encouraged them to step aside, but would not say whom.

White said she also received calls from people who said they felt pressured to support Barton.

“To be honest, maybe I’m just kind of off a little bit, but I felt like they were apologizing to me ahead of time,” she said.

All of this doesn’t bode well for a superintendent coming into the job on a divided vote in a community that rallied for someone else. Jara will need to garner local support.

But will he gather support from Barton’s disappointed backers or will they quickly begin to talk smack about their new leader?