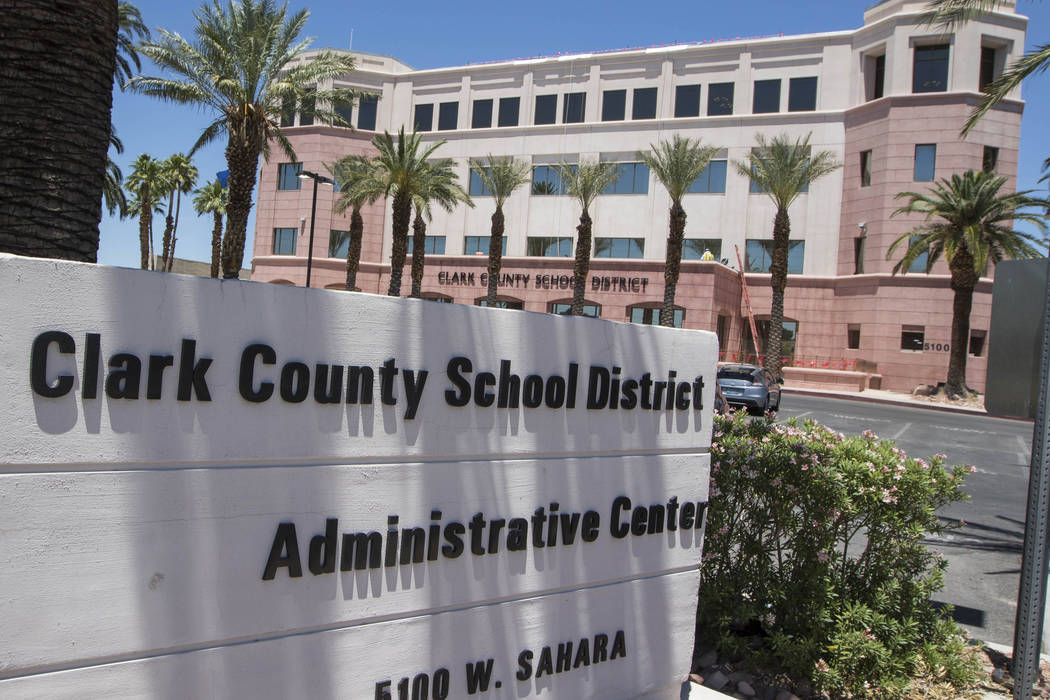 More than once during his high school years, Marquan Ellis considered simply giving up.

He had been through a lot. His mother struggled with a drug addiction that was later compounded by gambling problems when they moved from California to Las Vegas, he said. He barely had enough money for school clothes and supplies. Then just before graduation in 2014, his mother and her boyfriend got evicted.

It wasn’t the first time he had to face housing instability. Before moving here in his junior year, he said, he lived with a friend while his mom slept in a car.

The most troubling aspect of Ellis’ story: He’s not alone.

That isn’t just kids living in a car or on the streets. It’s also children living with friends, in a hotel or motel or in a shelter. And 529 of those students were unaccompanied, meaning they were without a parent or guardian.

“There’s not a lot of options for these students,” Margaret Pike, a coordinator with the district’s Title I Homeless Outreach Program for Education (HOPE), told the School Board on Wednesday. “A lot of them end up staying with friends or family and hopping from place to place, and often sitting in class wondering not only where is the next meal going to come from, but where am I staying tonight?”

Another alarming fact: Nevada has the highest rate of unsheltered, unaccompanied youth, according to a 2017 report by the U.S. Department of Housing and Urban Development.

The district supports these students through HOPE, using federal money and McKinney-Vento grants. That pays for services such as school supplies, summer school, clothing and academic fees.

But the district relies heavily on these children self-identifying as homeless. That explains why the number of identified homeless peaks in elementary school, when students are eager to share their life stories, Pike said.

That’s where organizations like the Nevada Partnership for Homeless Youth step in, providing wraparound services that extend beyond the school grounds.

Though Ellis, 22, graduated, his life got tougher after that. He went through unstable housing situations until he finally found the partnership online.

“For the first time in a long time, I had people actually care,” Ellis said. “They listened.”

He enrolled in its independent living program, which provided him room and board and taught him life skills, he said. Now, he’s hoping to give back to the community and work at the partnership one day.

Arash Ghafoori, executive director of the group, said youth homelessness is a unique problem because the children are not in control of their environments.

“When situations of homelessness happen to youth, it can happen suddenly and unpredictably because they’re not necessarily masters of their own domain,” he said.

There also are criminal actors ready to prey on such children, he added.

District officials say the numbers presented this week are the start of a conversation about how to tackle the issue, which Ellis believes is undoubtedly worse than reported.

“That’s only the ones that they know about,” he said. “There’s more that they don’t know about, because no homeless youth wants to let people know that they’re homeless.”