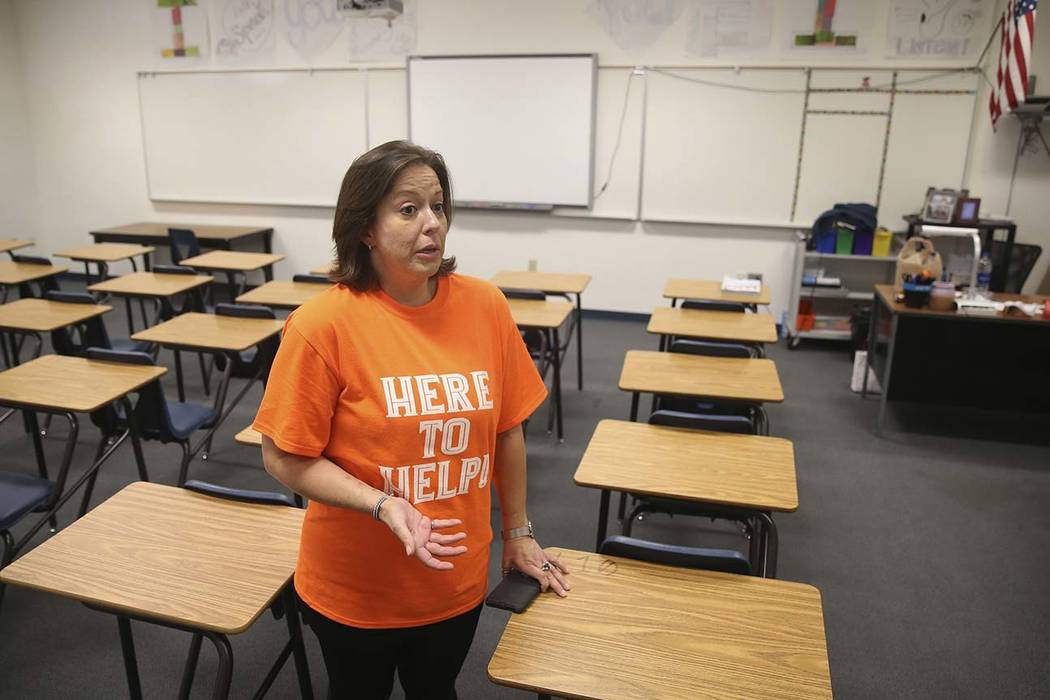 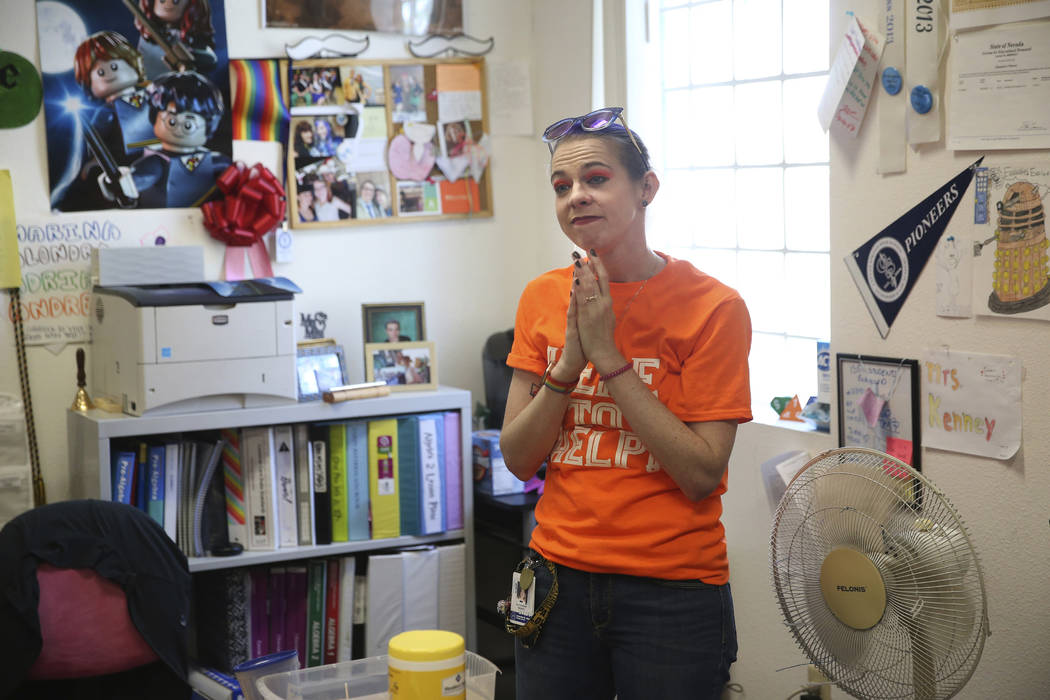 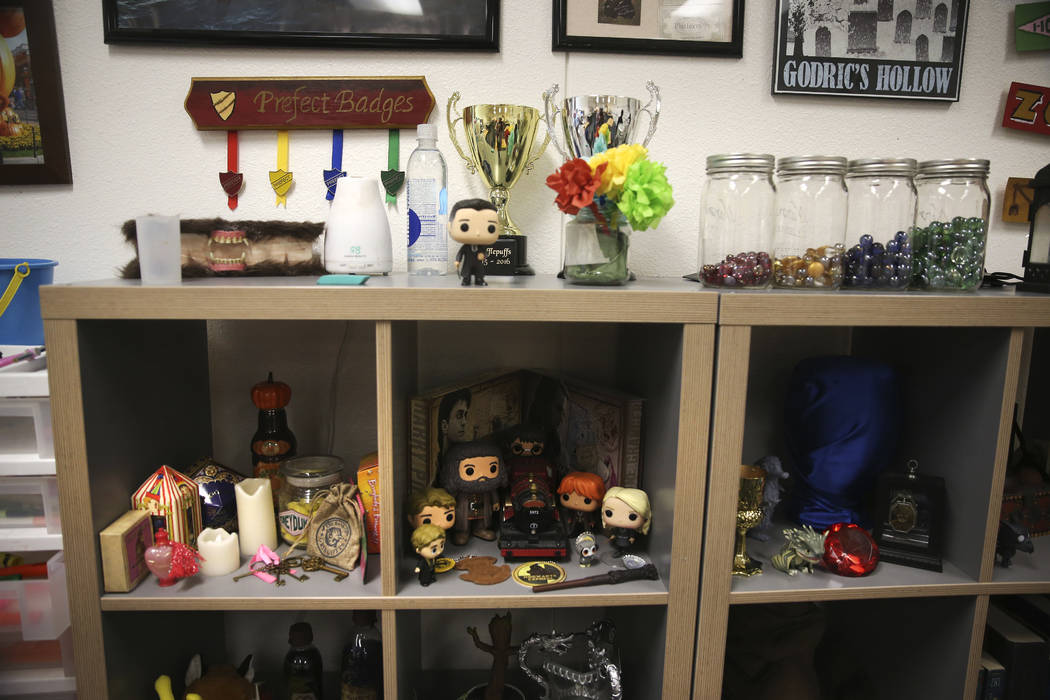 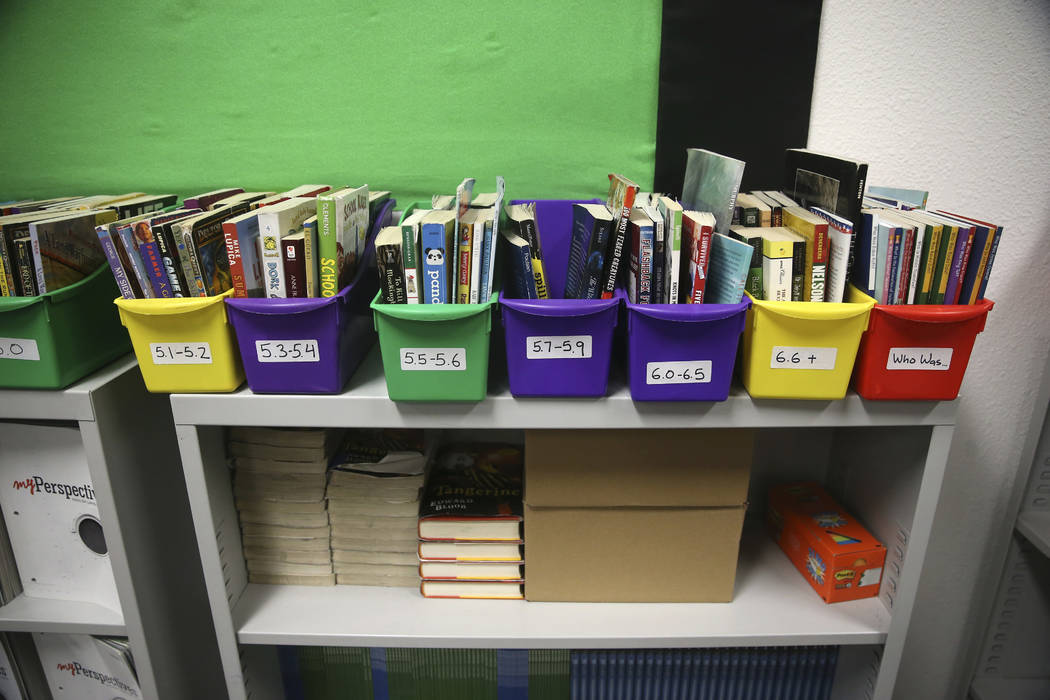 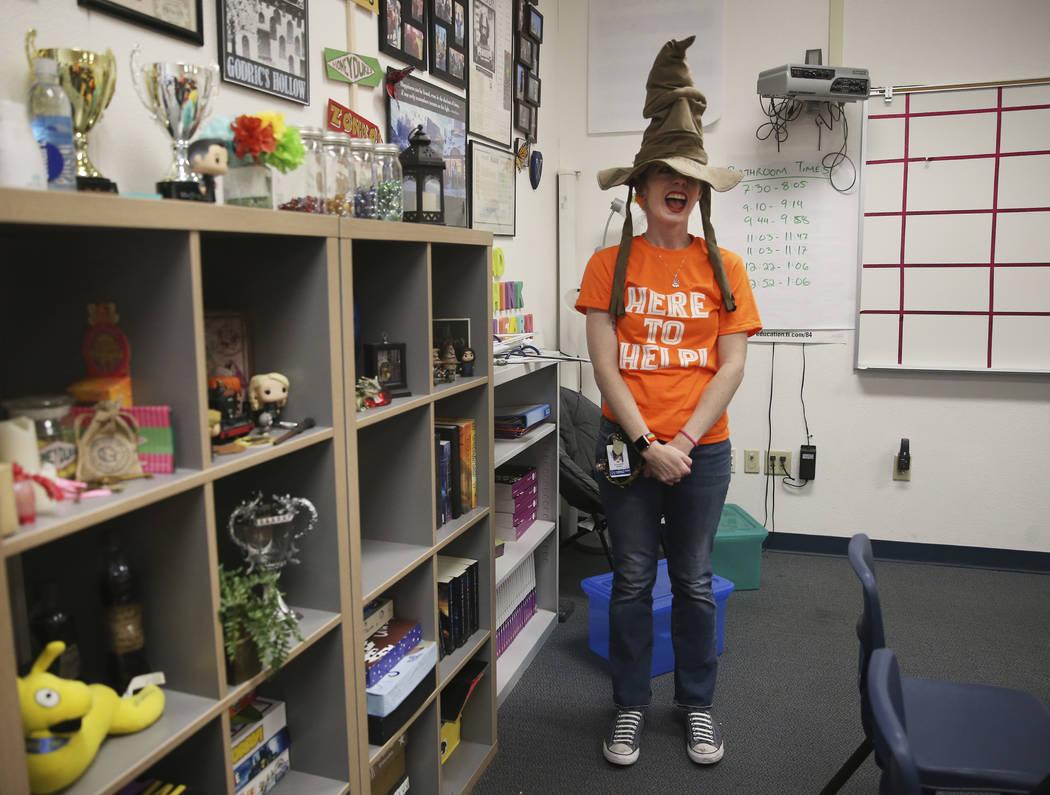 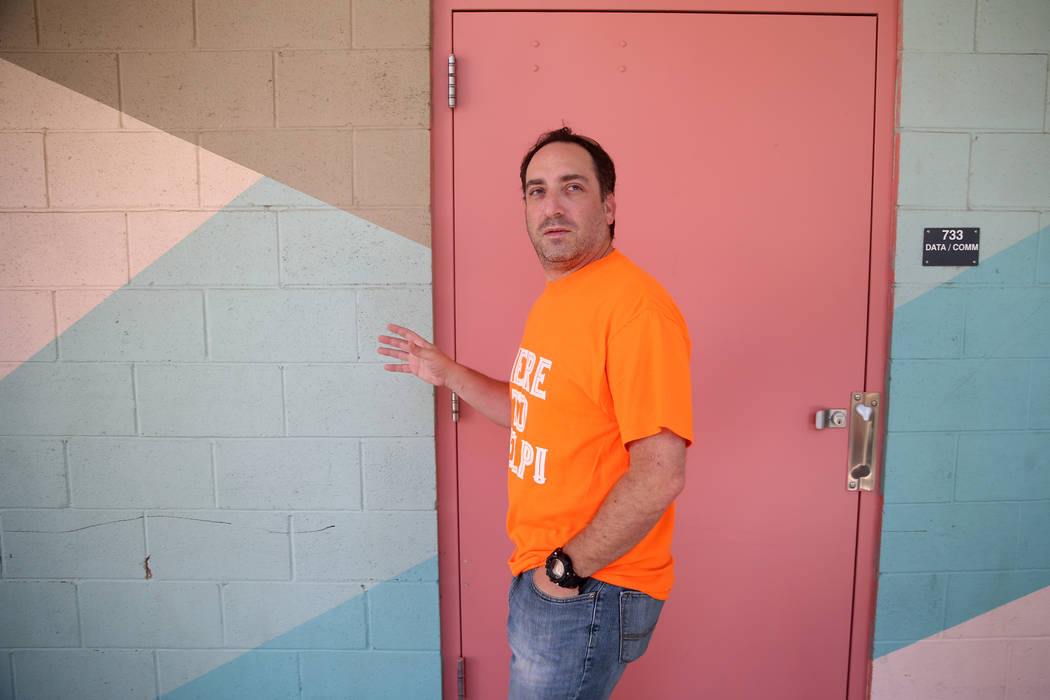 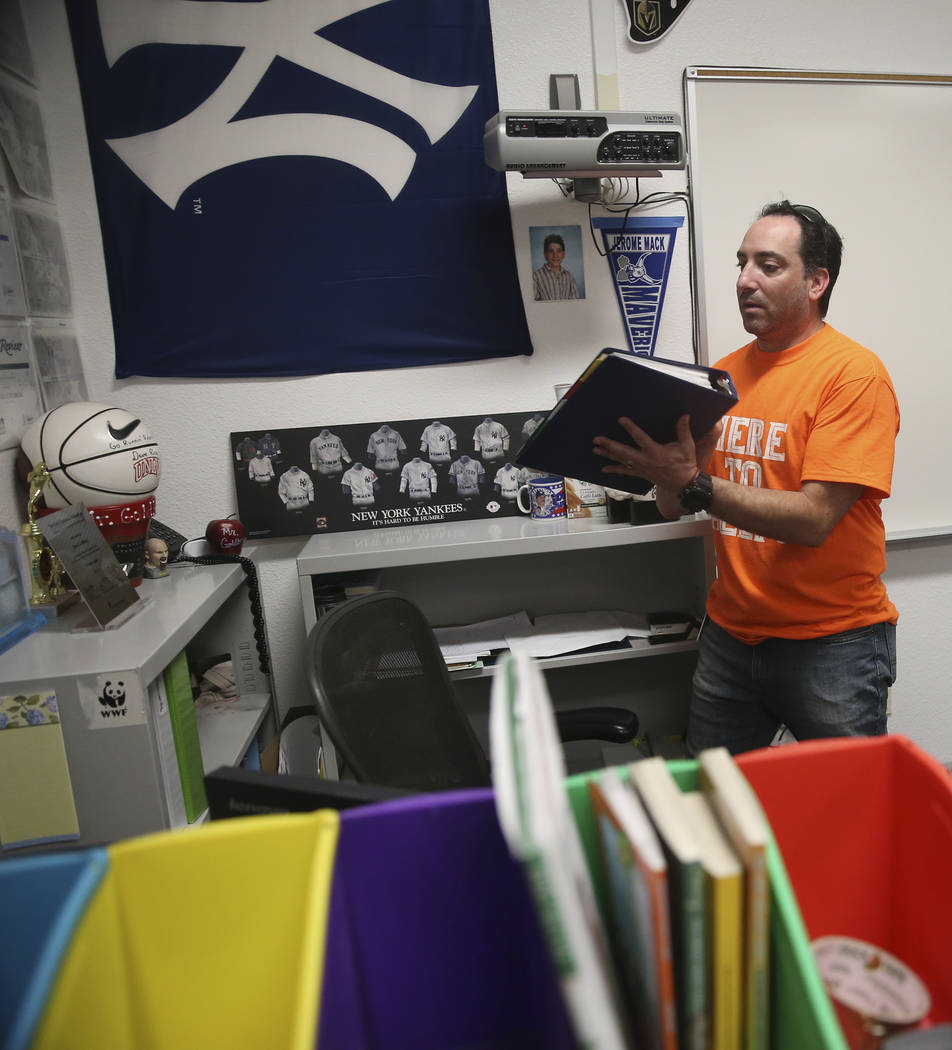 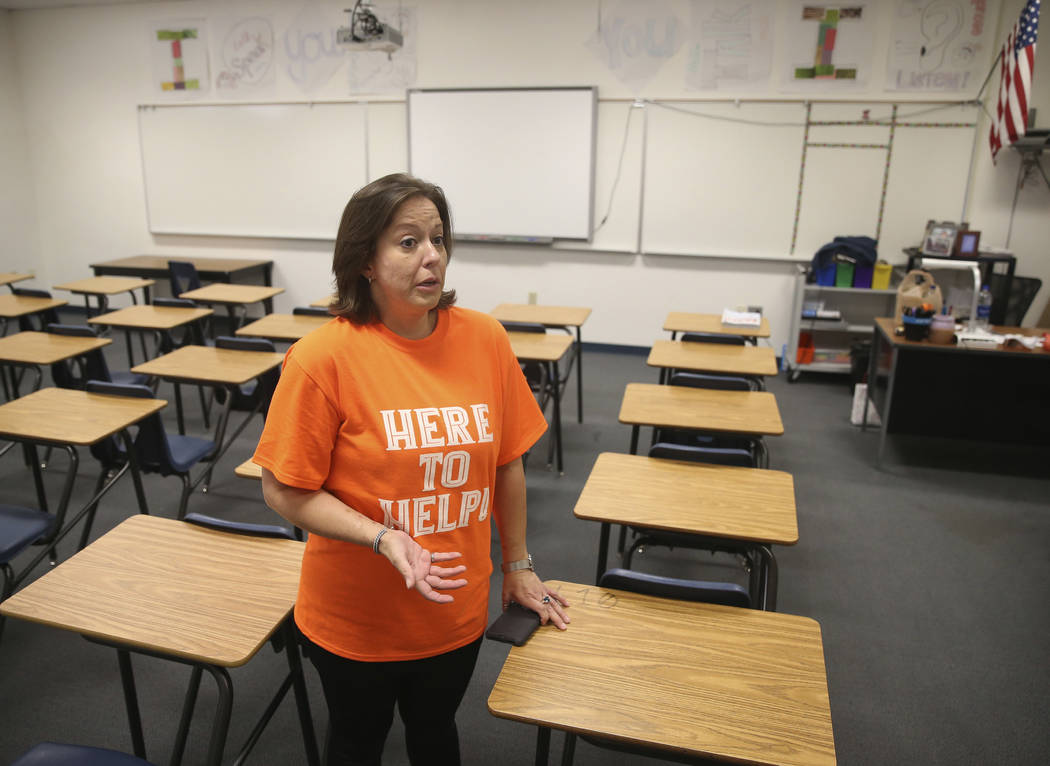 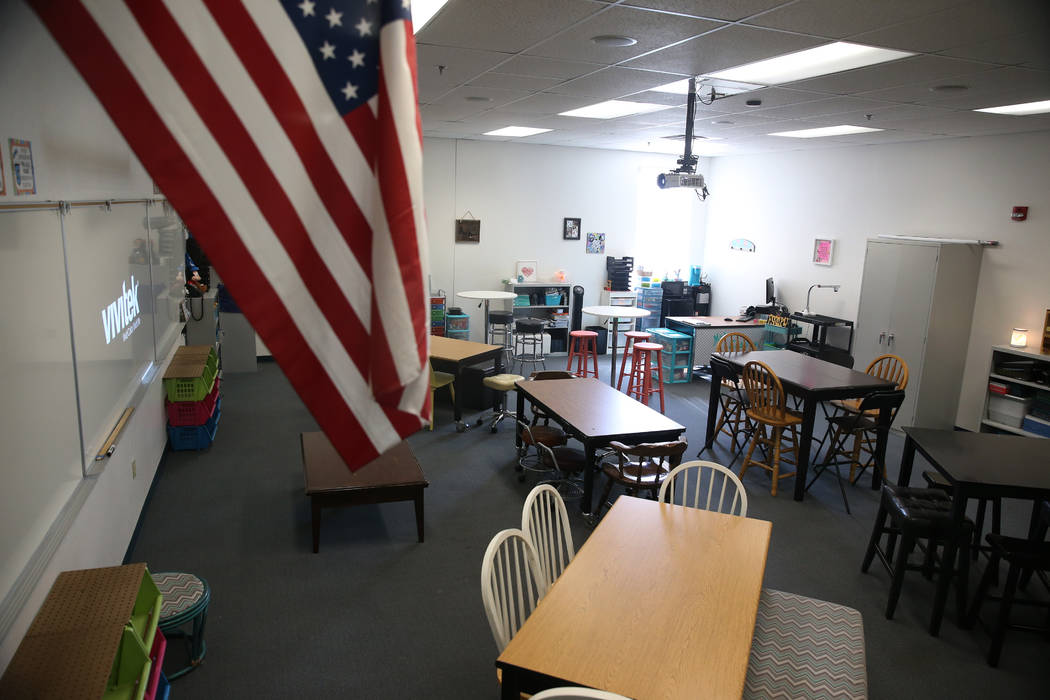 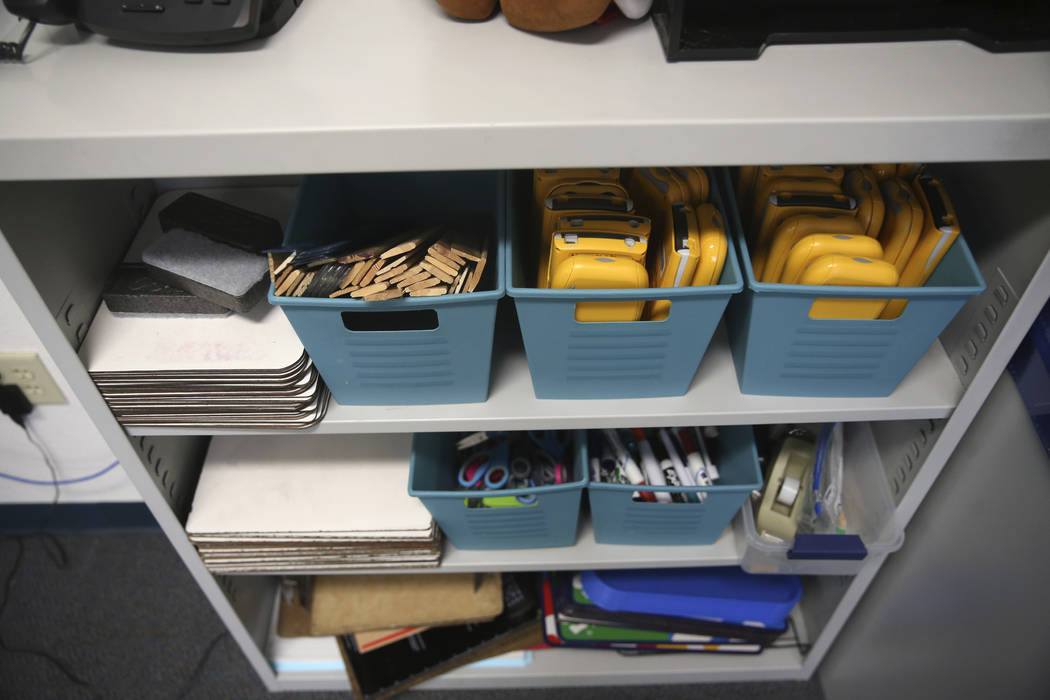 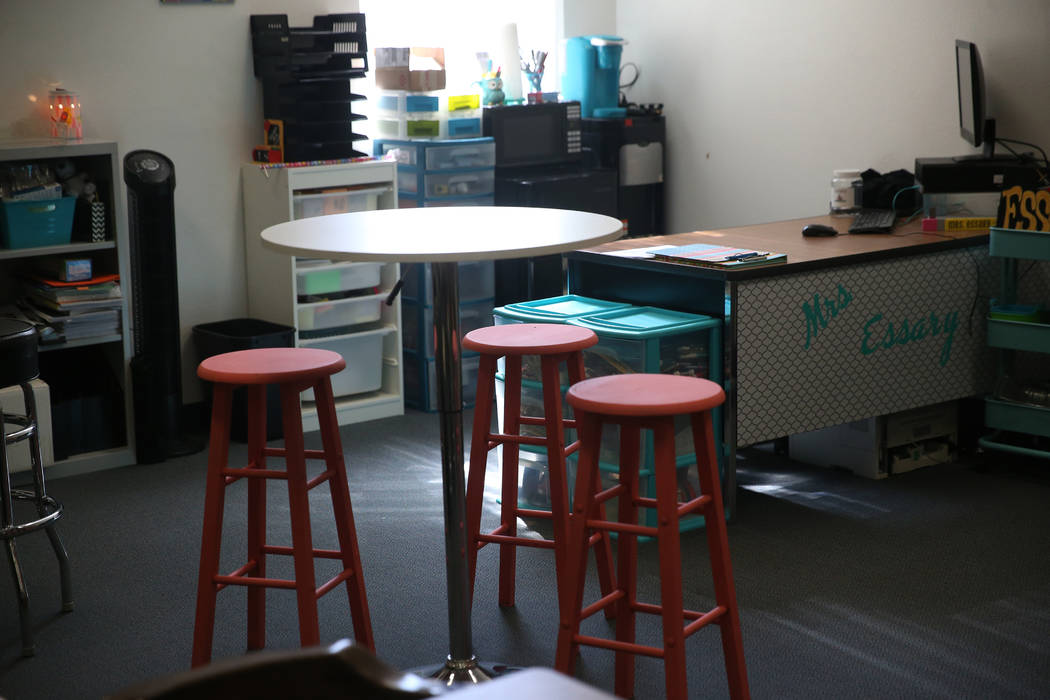 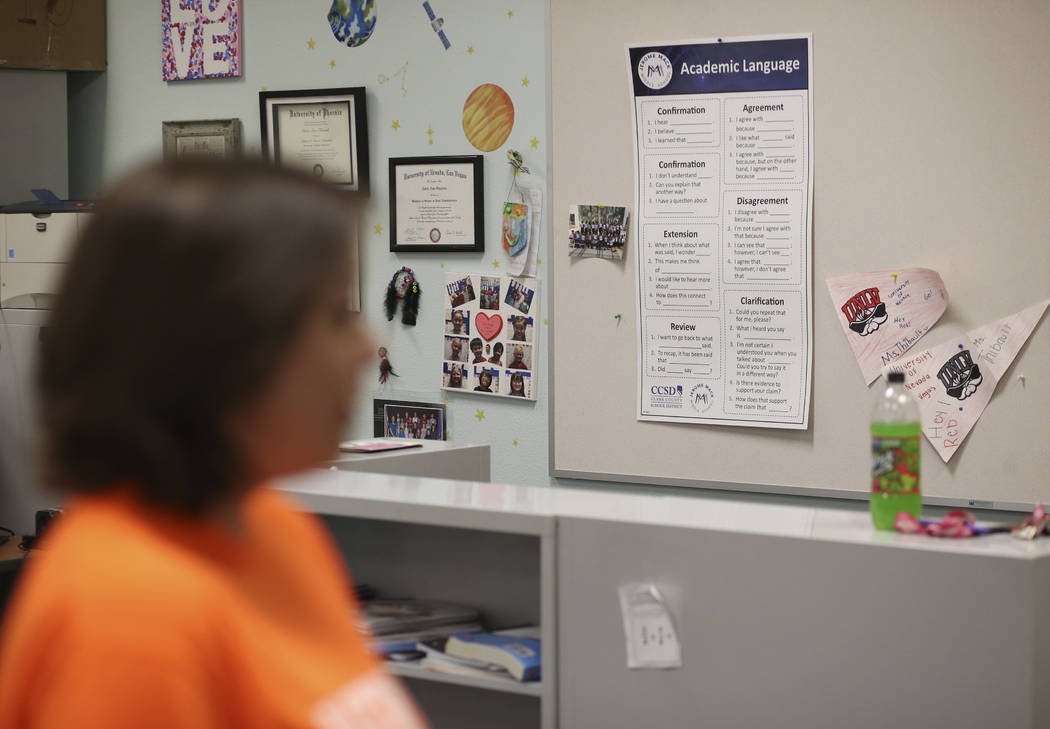 Carie Goldberg was still planning Wednesday on buying the basic school supplies for her sixth-grade math class. She was just waiting until payday.

Until then, though, her classroom is fairly bare, with just a few hand-drawn posters on the wall.

Like other teachers, Goldberg spends hundreds of dollars out of her pocket each year for school supplies.

I know it’s the same tired trope we hear every year around back-to-school time. But it’s true, and it hasn’t changed, despite efforts to address the issue.

In fact, teachers have gotten so good at the “beg, borrow, steal” hustle to obtain supplies for their students that they can point you to the best online deals, grants and fundraising methods around.

When Goldberg ran out of paper at Mack Middle School last year, her kids wrote with markers on their desks, which they cleaned up using Clorox wipes.

Her husband, Lloyd Goldberg, got 25 dictionaries a few years ago through DonorsChoose.org, a website where teachers can raise money for specific supplies.

He used fabric he got on sale to provide a colorful background for his bulletin board. Instead of lining the borders with expensive material, he framed it with colored duct tape.

And those adaptations of classic novels lining his shelves? He found them for $1 each at Target.

“I never thought I’d have to be so creative … just getting stuff that we need,” he said.

All this explains an expression common among teachers. In other jobs, you steal stuff from work to bring home, they say. In teaching, you steal things from home to bring to work.

You might think parents would buy their children’s school supplies. But in highly transient, high-poverty schools like Mack, some teachers don’t even bother sending a supply list home.

“You don’t know the background of the majority of our kids,” Carie Goldberg said. “And the poverty level is severe.”

It’s not just a local problem. Teachers nationwide are taking to Twitter as part of a #clearthelists movement — posting various school supplies on their own Amazon wish lists in the hopes of attracting donors.

That’s separate from the roughly 700 appeals on DonorsChoose.org for the Las Vegas area.

Teachers do get reimbursed for some of their expenses. The Legislature recently increased the school supply reimbursement for teachers from an average of $100 to $180 per teacher. Educators can also receive up to $250 in tax deductions for school supplies.

But that’s still a fraction of the $500, $600 or more that many teachers say they spend every year.

Beyond the basics, teachers also need to brainstorm ways to make the classroom look less like prisons.

To prospective donors and the public, teachers say this: Not everyone can get the pencils and decorations you may take for granted. These supplies are an investment in the future.

“A teacher’s salary is really tough,” said Sherman, who teaches fifth grade. “In order to get the things that we do want to make those really engaging lessons, we do need help. And with a community as big as ours, even if everyone just pitched in a little bit, it would make a huge difference.”