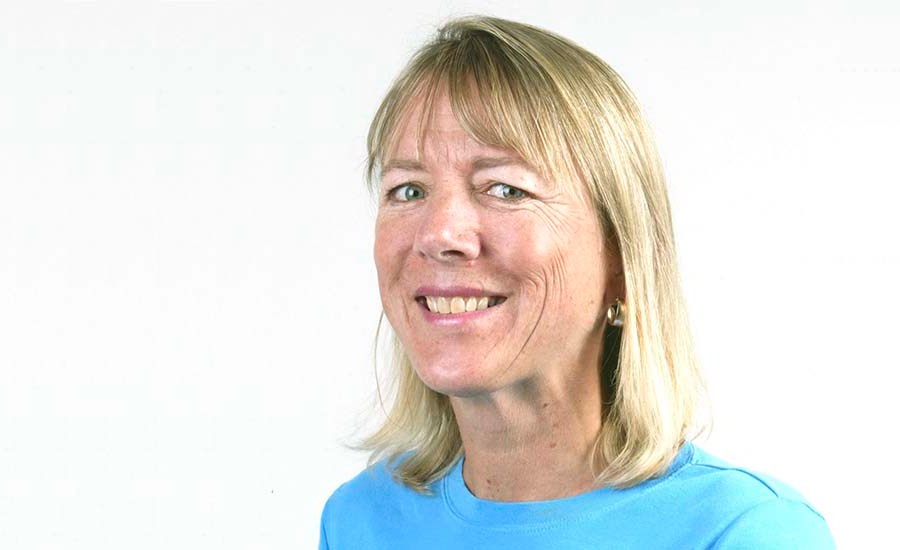 Natural bridges a monumental testament to the beauty of nature 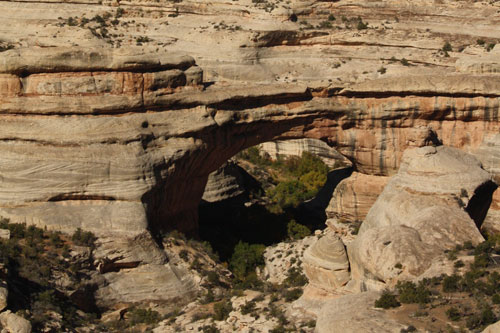 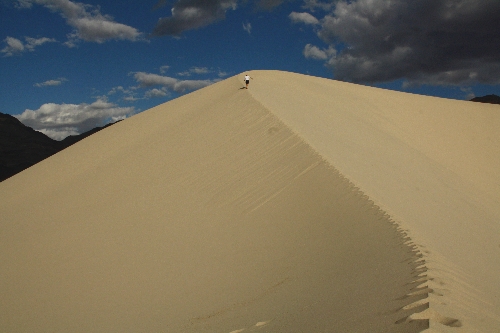 Some of the tallest sand dunes in North America can be found in the remote and extreme northern section of Death Valley National Park, California. The Eureka Dunes, in the enclosed Eureka Valley, have a base elevation of about 3,000 feet, and from there, they rise up nearly 700 feet more. The formation is about three miles long from north to south and one mile wide. 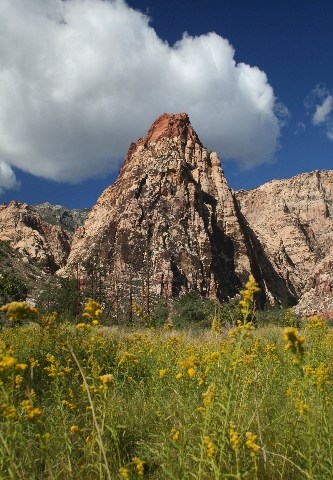 With the temperatures in our region finally cooling off, now is a good time to head out to Red Rock Canyon National Conservation Area. There are many canyons to explore in the park but Pine Creek Canyon should be tops on your short list. 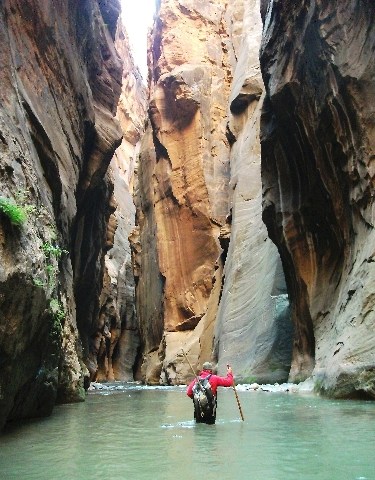 If you have ever aspired to hike the world-famous Zion Narrows, over the next month or so is an ideal time to do so. Water and air temperatures remain as pleasant as they’ll ever be, and the threat of flash flooding is lower than the last couple of months. 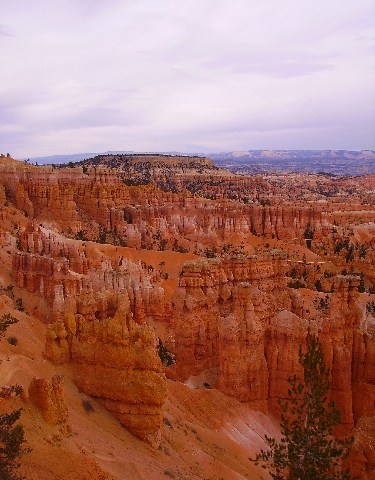 Along the eastern rim of Utah’s Paunsaugunt Plateau lies Bryce Canyon National Park, a visual feast for the eyes. Standing along the park’s rim, visitors are treated to a multicolored landscape of natural spires, pinnacles and pillars called hoodoos. They got their name because their upright shape, with a little imagination, suggests humanoid or even supernatural beings. 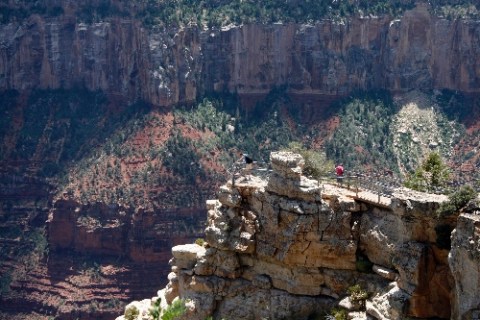 If a visit to the Grand Canyon National Park is on your summer schedule, I recommend heading to the canyon’s North Rim rather than the better-known and thus more crowded South Rim. The North Rim affords classic views just as stunning as those visible from the South Rim but you get to enjoy them in cooler weather. Summer daytime high temperatures on the North Rim average in the 70s. And nighttime lows drop to the 40s, making good sleeping weather for campers. 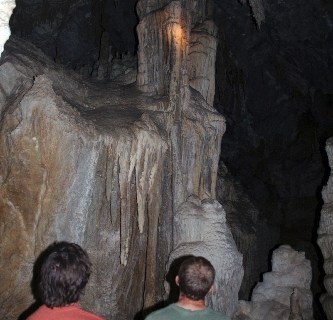 Great Basin National Park doesn’t get its fair share of visitors, but that’s all the better for the enlightened few who get to enjoy it without fighting any crowds. Deep summer is the best time to go there, when its high elevation provides the cool temperatures so longingly sought by hikers and campers from Southern Nevada. Nevada’s only national park, it offers plenty to do. 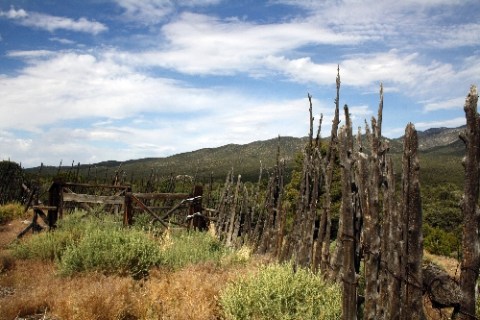 One benefit of living in Southern Nevada is the opportunity to explore little-traveled back roads winding their way to uncrowded outdoor adventures. One of the best is the Mormon Well Road, originally a pioneer wagon trail on what is now the Desert National Wildlife Refuge. 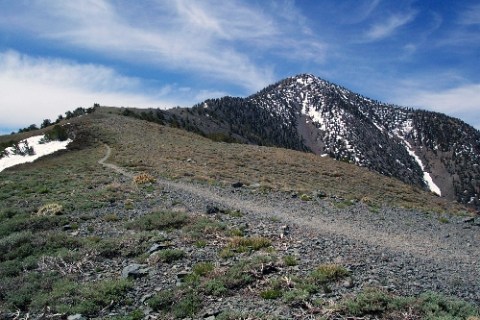 Cool down on Death Valley trail

You might think summer outdoor activities in Death Valley National Park are out of the question, but this is actually an ideal time to hike to the summit of the park’s Panamint Mountains. 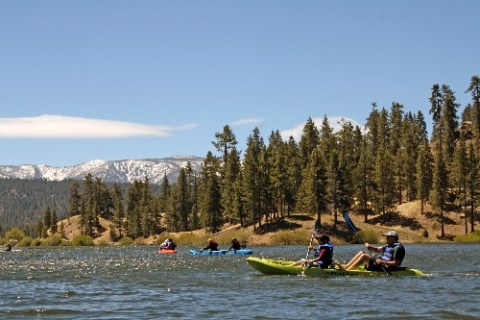 Big Bear Lake, California, is one of the closest high-elevation destinations for Southern Nevadans seeking a summer getaway with cool temperatures. 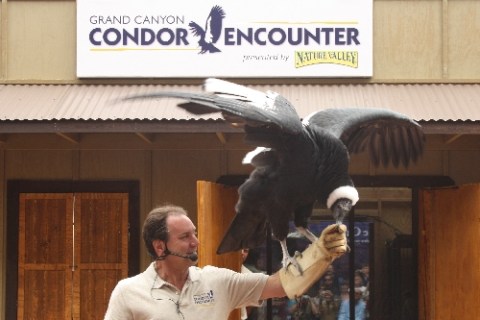 Now, it’s possible to see two kinds of condors at one of their natural habitats: the Grand Canyon. 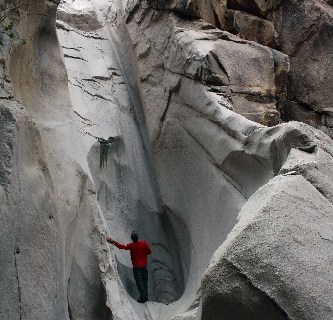 If you can hit the trail early on these days of late spring, you can still sneak into a few lower-elevation destinations before temperatures soar into the misery range. A good point for such a dawn attack might be Keyhole Canyon in the western foot of the Eldorado Mountains about 20 miles south of Boulder City. 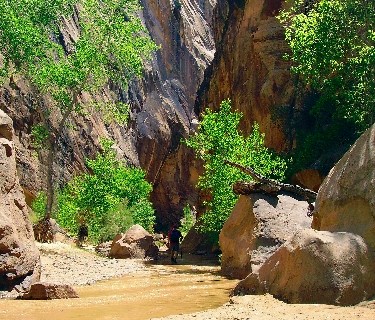 Hackberry Canyon is a hidden gem in the southwestern section of the 1.9 million-acre Grand Staircase Escalante National Monument, Utah. It is a bit off the beaten path, but those who make the effort will be rewarded with a colorful narrow canyon complete with a perennial stream, flanked by lush vegetation. 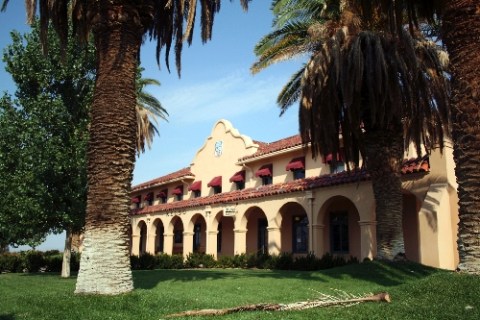 Grab a bite and a bit of history at Kelso Depot

After driving miles of remote desert road through the Mojave National Preserve, Californians are often surprised to come upon the Kelso Depot, where a railroad station large and elaborate enough to serve a small city sits virtually in the middle of nowhere. It serves as the primary visitor center for the preserve, has excellent museum displays and even offers a good place to get a light lunch.

Joshua Tree National Park, just outside of Twentynine Palms, Calif., is a great springtime destination to visit for a day or two or even an extended trip to hike, go birding or just drive around looking at wildflowers. The park was established as a national monument in 1936 and gained national park status in 1994, and this year, it is celebrating its 75th anniversary.