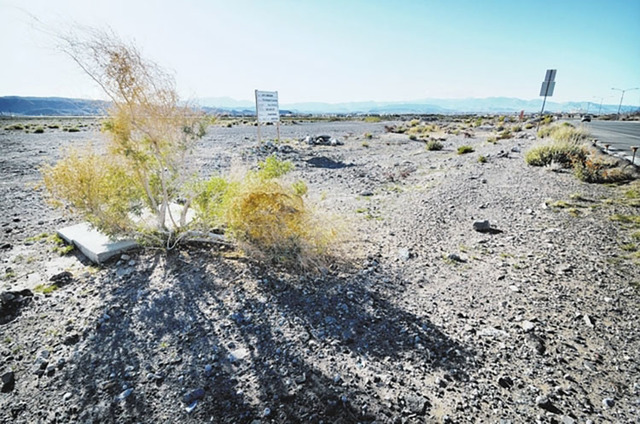 A vacant lot for a proposed housing development is shown on the southwest corner of St. Rose Parkway and Executive Airport Drive in Henderson on Wednesday, March 12, 2014. (Bill Hughes/Las Vegas Review-Journal)

According to Colliers International Las Vegas’ 2016 third-quarter report, vacancy rates for office space fell to 17.1 percent from 18.2 percent, and to 8.6 percent from 9.6 percent for retail space.

“Both (office and retail space) did pretty well last year,” said John Stater , a researcher with Colliers International. “It looks like 2017 will be the same. The caveat being if there is some sort of economic disaster nationally or locally.”

According to the group, Henderson vacancy rates fell 1 percent from the second quarter to third quarter.

However, the largest decrease in rates for office space was 7.8 percent in North Las Vegas.

“The northwest and Summerlin had a really good performance,” he added.

Since the economy has been rebounding in the last few years, Stater said this has been a trend.

In Henderson, retail space asking rates increased 5 cents per square foot, which was a trend for most of the valley — asking rates decreased downtown.

The city of Henderson’s economic development department has worked to attract more businesses to help make a dent in the vacancies.

“Whether it’s good times or bad times, you have to stay on top of what’s going on,” said Barbra Coffee, the director of economic development with the city of Henderson.

Coffee said that with new apartments or housing developments being constructed, vacant areas could easily spring back to life.

“Retail follows rooftops,” she said. “As housing rebounds and new developments are happening, you need new grocery stores and retail.”

Colliers International also projected that multifamily developments in Henderson and the northwest valley “should stimulate demand for retail space over the next 12 to 24 months.”

Coffee added that with other national chains and notable retailers moving in, such as Chick-fil-A, it has attracted other businesses to open spaces in the area.

“I think we will see a steady increase of new businesses with our newest arrival,” Coffee said. 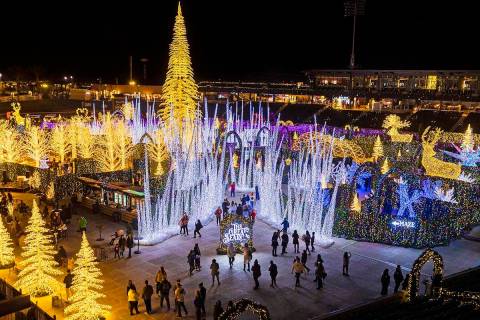