Lantanas are easy to grow just about anywhere, whether it’s in the tropics or the desert. They can add a variety of easy-to-grow colors that attract wildlife including butterflies to home landscapes.

In cold climates where the ground freezes, they won’t survive more than one growing season. They can be planted as annuals.

In desert areas of the Southwest, they are cut back close to the ground anytime after the first freeze and sucker from these small stems in the spring. A small amount of regular watering and fertilizer each year produces spectacular growth and flowers in just about any type of soil in full sun to partial shade.

The three lantanas popular in the nursery trades of the desert are hybrids of lantana camara, lantana depressa and the trailing type, lantana montevidensis. Collectively we call them all lantanas. But the nurseries might call them by more common names such as gold mound, purple or yellow trailing lantana or the multicolored ones like confetti lantana by Monrovia wholesale nursery. The color and growth options are wide-ranging.

Lantana is in the verbena family (this explains their flowering) and considered tropical (this means they frequently freeze during the winter in Las Vegas). Their flowers are arranged in clusters called “umbels” (similar to carrot flowers) and vary in color from white to yellow to red to blue and all the colors that can be made when you mix these colors together.

This means plant breeding results in a proliferation of colors and growth habits for consumers. Furthermore, these individual flowers — called florets — may change in color as they age adding another dimension in variety and sales.

Some of these plants are bushy, and others grow much longer stems and considered trailing. Plant leaves are considered poisonous while their flowers and fruit are not and supplement the diets of many types of birds, butterflies and lizards.

Lantana is considered invasive in wet climates and hybridizes with native lantana found in the East but should not be a problem in desert climates unless there is free-flowing water nearby like the Colorado River or desert springs.

Lantana propagation is extremely easy by cuttings or by seed in the late spring or early fall months.

Q: My HOA wants a tree in my landscape and so I planted a Mexican bird of paradise last April. The main trunk broke in a windstorm so now I have three trunks almost 5 feet tall and each a double thumb-width wide, starting 8 to 12 inches above the soil. How can I make it a tree?

A: I think everything hangs on the HOA definition of a tree. Most people consider Mexican bird of paradise a shrub, not a tree. A good argument could be made, though, that many shrubs are transformed into trees through pruning.

Many of our desert trees are shrubby. Sometimes popular landscape shrubs like Ligustrum are pruned into small trees and called patio trees.

The second part of this dilemma is whether the HOA considers a tree to have only a single trunk or multiple trunks. In the nursery trade, there are multi-trunked trees like crape myrtle and strawberry tree. These multiple trunks usually vary from three to about five in number. So, get ready for a battle of definitions.

In this case, I would prune it into a single trunk, so it does not look like a shrub. Also, when multiple suckers arise from a single trunk, as they did in yours, they frequently have narrow crotch angles that are weak and become problems as they get older. I haven’t seen your plant, but removing all but one of these suckers gets rid of this potential problem.

Pick one sucker that is the strongest and remove the others as close to the trunk as possible. This sucker may or may not be flowering. Maybe it’s not the straightest of the suckers but it doesn’t matter.

The growth of this pruned shrub (now a tree) will straighten out in a year or two. In the meantime, other suckers may try to compete for dominance with the remaining sucker. Remove any competitors, when they reveal themselves, any time of the year with pruning shears or your fingers.

Remember to sharpen and sanitize any pruning equipment you use on these plants.

You are at the mercy of your HOA, so be kind to the board members.

Q: I have a 15-year-old chitalpa tree with a beautiful shape that went through a lot of droughts prior to our purchase of the house earlier this year. Even though I’m giving it 75 to 100 gallons water spread under its canopy, it is still suckering from the base, producing a lot of surface roots, and dropping leaves like crazy. I was considering removing the tree, but my neighbors tell me how beautiful it is when it flowers. Can you bring me up to date with your latest information about this leaf drop or it’s headed for the cemetery?

Chitalpa is regarded as somewhat drought tolerant, which means you should be able to water it less often than, let’s say, a purple leaf plum and still have it look good. It is not a desert species like mesquite or palo verde, but it can handle some lack of irrigation without dropping its leaves.

Unfortunately, all Chitalpa trees carry a vascular plugging disease unless propagated from seed. All the named varieties were propagated from cuttings so they will be carrying this disease as well. You can’t see this disease outwardly, but one of its symptoms can be leaf drop, starting particularly when temperatures get hotter.

Unfortunately, Chitalpa infected with this disease is not a good thing to have around grapes or oleander either. The disease can be carried to either of these plants where it can kill several types of grapes like Thompson Seedless or it can stay hidden and spread from a bacterial reservoir that can be housed in oleander.

The fact your tree has leaf drop in summer is suspicious. I would remove it. Replace it with a tree you like of a size in scale with your home.

Single-story homes use a tree with a mature height of around 20 feet. Two-story homes should have a tree from 20 to 35 feet tall when mature. Smaller trees always use less water. Go to the Southern Nevada Water Authority plant selector website to help you find one.

Q: I was picking out vegetable seeds this year and I grabbed some spaghetti squash seeds. I’ve got a few fruit, but I don’t know when to pick them. Should I wait until they turn yellow like in the store or when they get the size I want?

A: I think of spaghetti squash as a winter squash and not a summer squash like zucchini, crooknecks, scallop types and others. Summer squash is harvested when immature. When summer squash is picked small (up to about 8 to 10 inches for zucchini types), in my opinion, is when they have the best flavor and texture.

Winter squash such as your spaghetti squash (like pumpkins) are best when harvested fully mature and the seeds are fully formed. Spaghetti squash is ready to harvest when there is a color change in the skin (usually yellow or tan) and the skin is hard. Yes, the usual color is just like in the store, but there should be no green color in the skin.

The simplest way to know when they are ready to pick is to look at the number of days to harvest on the seed packet. If you planted from transplants, add about 25 days to your planting to harvest day calculations.

Carefully cut them from the vine with pruning shears and leave about 1 inch of stem. If the variety was open-pollinated, clean and save some of the largest seeds for planting next year. Save the rest of the seeds for roasting. 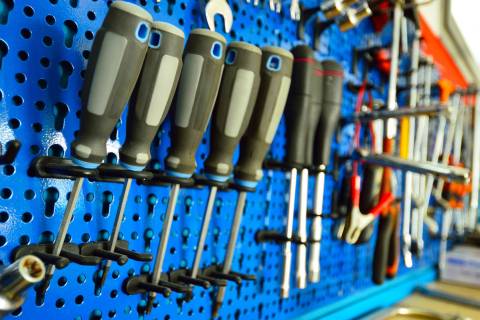 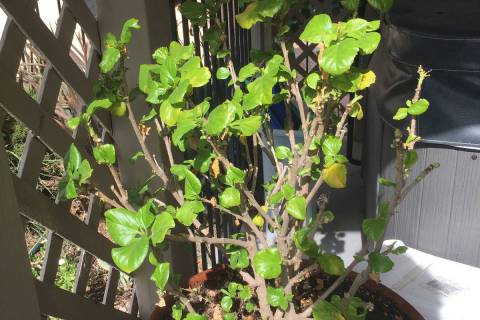 Renewal pruning, cutting deep inside the shrub and removing larger wood, results in a flush of sucker growth from the remaining stubs that will be succulent and produce lots of leaves and flowers. 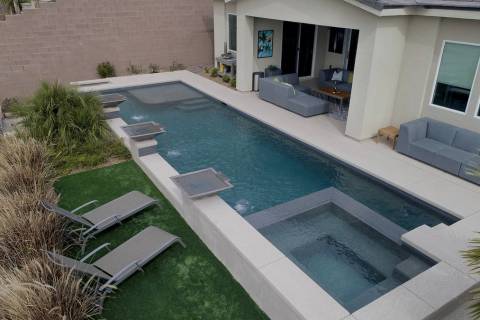 In addition to seeking shade, entertaining and expanding indoor living space are among the other reasons homeowners desire cover for their backyards. 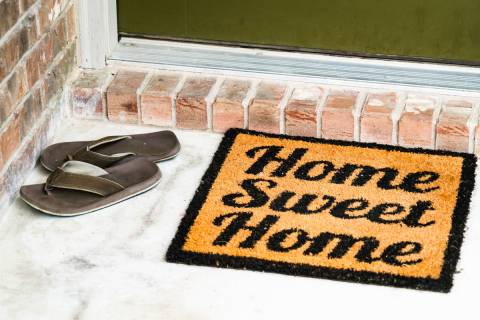 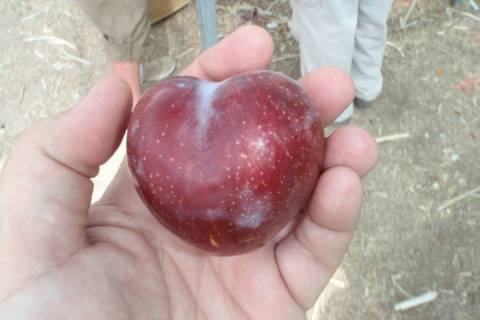 Plums and pluots improve in flavor when they are kept on the tree longer and harvested closer to their mature date. These fruits are normally harvested from the end of July to the first or second week of August in our climate. 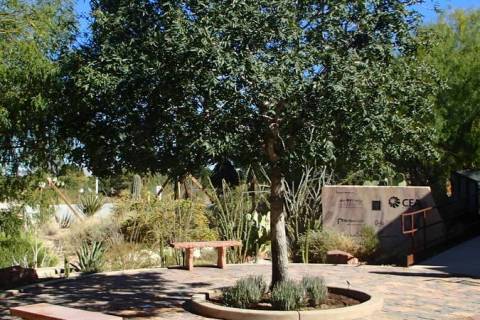 The Chinese pistache is a good choice in the desert as a general landscape, street or lawn tree. It grows to about 30 feet in height. 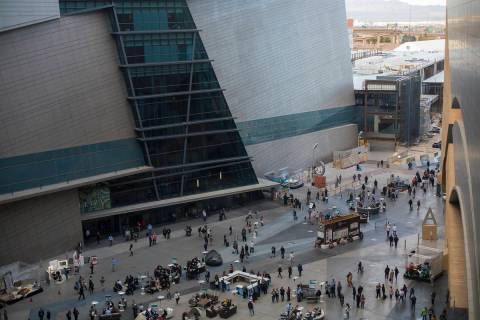 Las Vegas Market will run as scheduled Aug. 30-Sept. 3 but will be staged as showroom-only buying opportunities — with no trade show component. 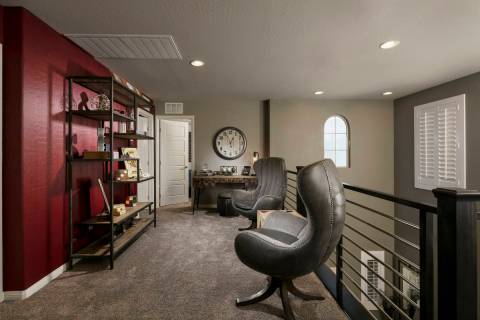 With more people staying home during the pandemic, interior designers say it’s important to incorporate space to call your own. 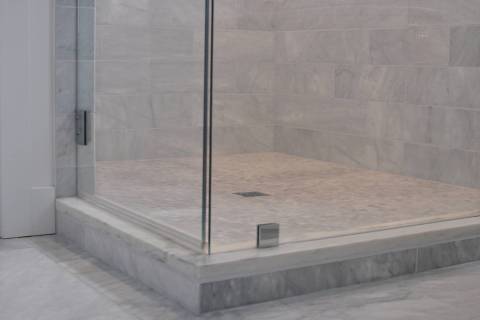 Flimsy shower doors that need adjusted generate plenty of service calls, and occasionally they need to be replaced. Usually, though, you can make the necessary adjustments by removing the screws, adjusting the channel and screwing it back together. 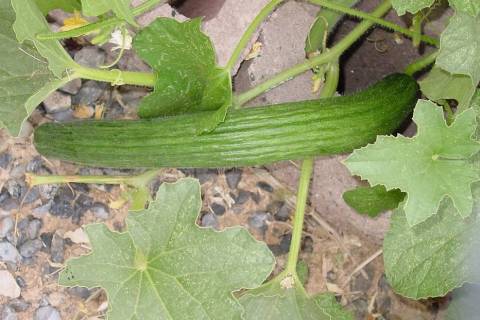 Sucker removal and how often it’s done depends on the plant, how old it is and how the suckers are removed. Trees sucker more if they don’t get enough water.