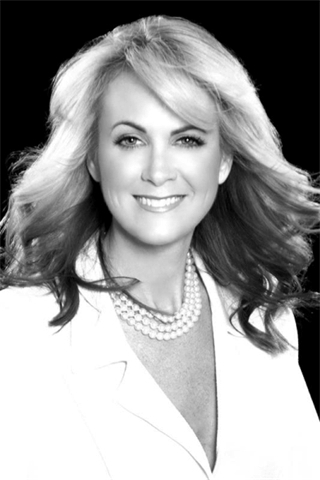 Las Vegas is a unique market and demands the expertise of the results oriented Mega-Agent, Kristen Routh-Silberman. Renowned for her innovative marketing, fresh concepts and strong technical ability, she sets her sales and marketing strategies apart from the rest. She is always on the cutting-edge of creative sales, marketing and utilizing state-of-the-art technology to develop real estate listing and sales strategies that produce unprecedented results.

Once listed, Kristen diligently oversees every aspect of the home marketing and packaging from developing a highly effective and innovative sales plan through negotiation strategies to closing. Kristen is seasoned, savvy and discreet, with an inherent ability to also listen and to address the personal needs of every client and demands of each transaction.

Kristen Routh-Silberman has been a top 10% producing agent in Las Vegas since 2008 to date. In 2010, she successfully closed both the largest sale and largest sales volume in Las Vegas residential real estate. In 2015, Kristen was named a Top 25 Women in Real Estate. She has successfully represented the largest transactions, celebrity clients and some of the biggest names in Las Vegas including, Wayne Newton, The Danny Gans Family, Richard MacDonald, International Superstar's Mariah Carey, Beyonce and Jay Z and Las Vegas Casino Moguls, The Engelstad Family and The Primm Family.

Kristen is an active member of the Greater Las Vegas Association of Realtors and National Association of Realtors and is equally committed to her community as a current Board Member for The Las Vegas Natural History Museum and having served as Chair of Public Relations for The Junior League of Las Vegas, an Event Co-Chair for Jewish Federation of Las Vegas, an Active Member of Anthem Country Club and as a Founding Member of Las Vegas Philharmonic's young professional society, MUSE. Prior to relocating to Las Vegas, Kristen served as marketing vice president and communications director in Silicon Valley for Autodesk, IBM and Lockheed Martin. Kristen earned a Bachelor of Arts in Political Science from University of California at Santa Barbara, holds a graduate marketing certificate from the University of California at Berkeley as well as Stanford University and received her MBA from Santa Clara University, CA.