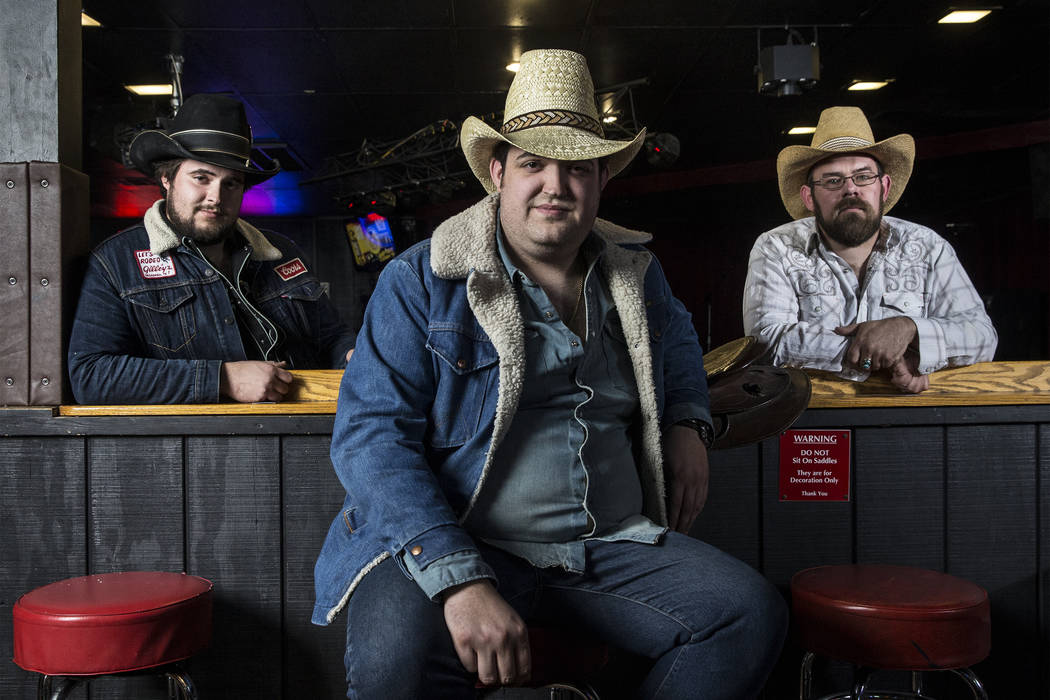 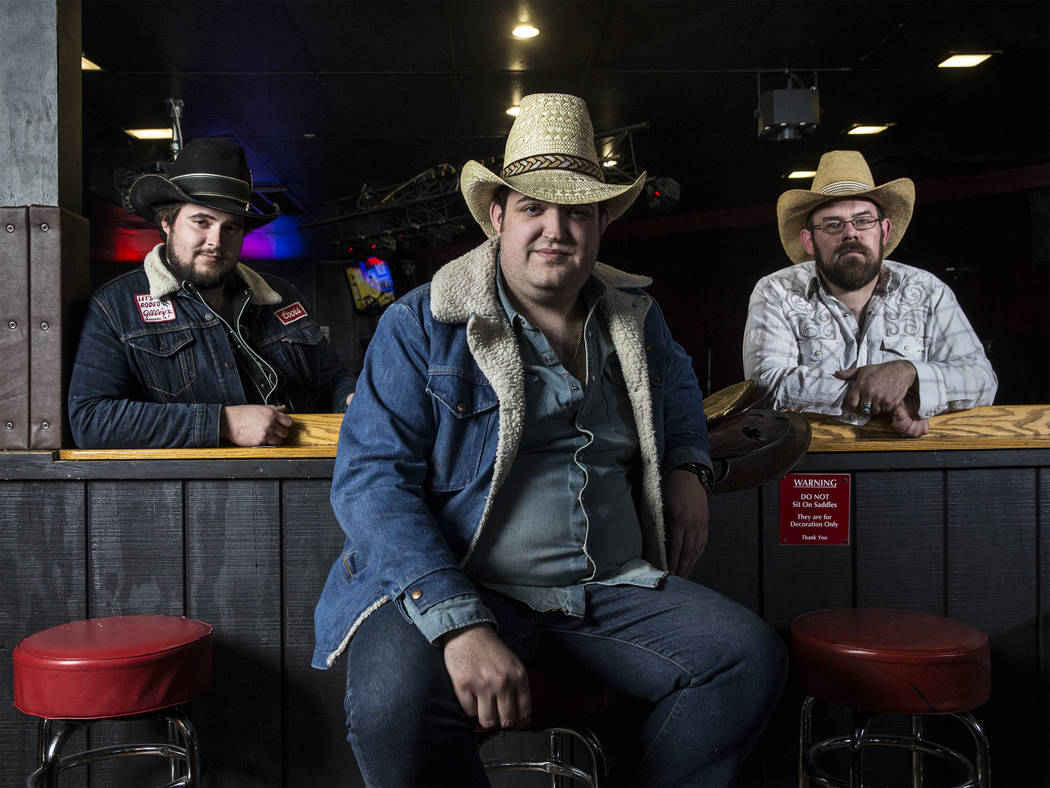 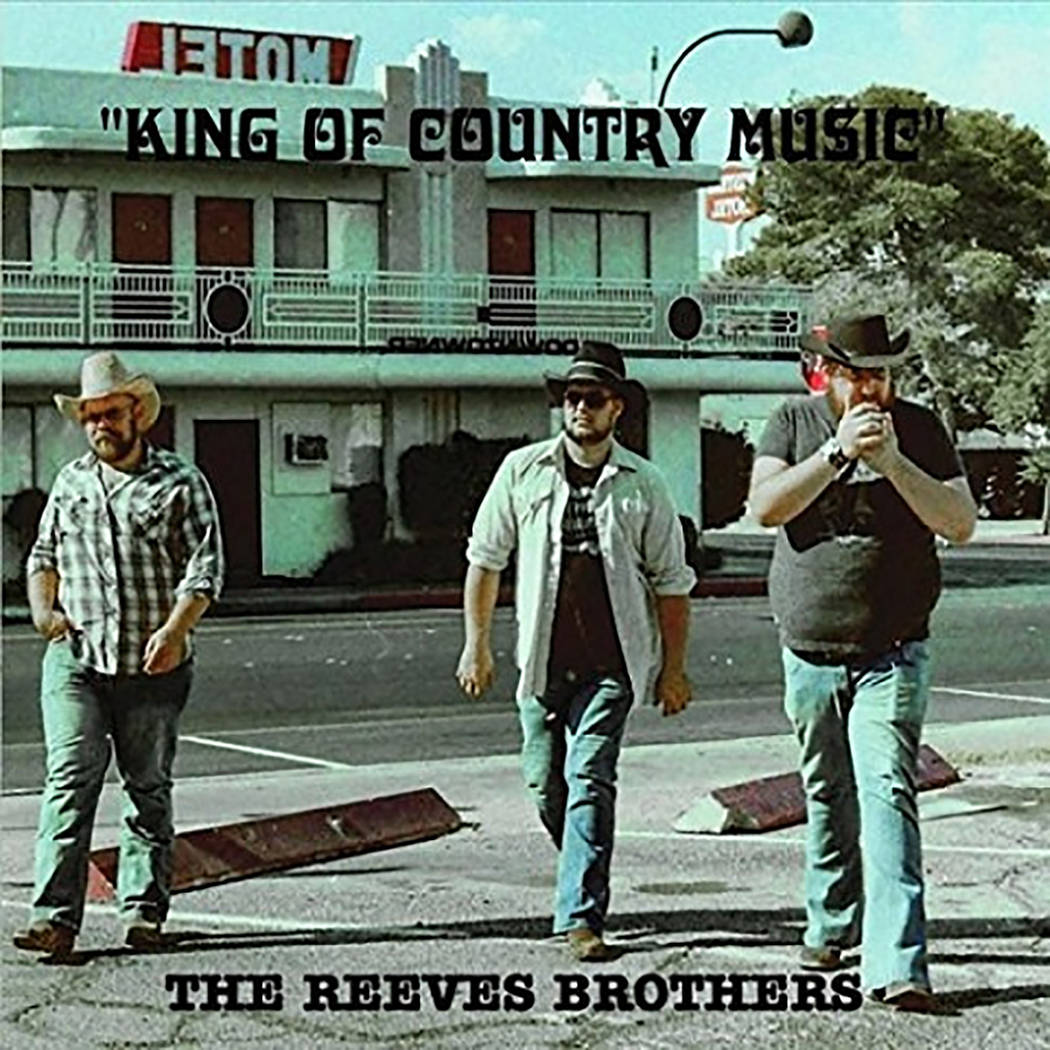 They had no speeches prepared, the ’70s-looking dudes seated next to the Southern gospel greats in fancy suits.

The Reeves Brothers didn’t think they’d need any rehearsed words of gratitude at this year’s Ameripolitan Music Awards, which took place Feb. 13 at The Guest House at Graceland in Memphis, Tennessee.

In fact, Matt Reeves was going to the bathroom as the winner in their category — best honky tonk group — was being announced.

They’d driven halfway across the country, but neither Matt, his younger sibling and fellow singer-guitarist Cole Reeves nor bassist Kelly Bishop thought they’d be hearing their names read.

“When they called ‘the Reeves Brothers,’ I was sitting next to Cole, and he just starts clapping,” Bishop recalls. “I had to hit him, ‘Hey, that’s us.’ We had it in our heads that we weren’t winning.”

Yet in a room full of rockabilly, western swing and outlaw country notables such as Junior Brown, the Reverend Horton Heat, Asleep at the Wheel and more, the Reeves Brothers were handed trophies, enjoying a little Jim Beam while seated next to the decidedly more straight-arrow Blackwood Brothers. (“Maybe they thought we were going to be on super-bad behavior and they wanted to see if we’d be on extra-good behavior sitting with a gospel group,” Matt chuckles).

Fellow Vegas country standouts the Rhyolite Sound were also nominated in the category.

The spoils of victory

The Reeves are still soaking in their victory — along with a few Budweisers — on a recent afternoon at Saddle N’ Spurs Saloon, a north-side honky-tonk as authentic as they come in these parts.

They’re already benefiting from their win a few weeks back.

They’ve fielded calls from a handful of booking agents wanting to work with them since the Ameripolitans, are in talks with various drum, boot and amplifier companies about potential endorsement deals, recently booked a string of dates in Texas at venues such as Austin’s iconic Broken Spoke and were just invited to play this year’s South by Southwest Music Conference.

The timing is ideal for the Reeves Brothers, who just last fall put out their fantastic second record, “King of Country Music.”

Basically, this is your daddy’s country, updated.

“We listened to Tony Booth’s ‘The Key’s in the Mailbox’ about 50 times,” Cole says of the Reeves Brothers’ sonic inspiration as they were tracking their latest album. “That was the song we went off, trying to make it sound like that on the production side of it, make it kind of trebly, like a ’70s album is, like you would have heard on AM radio.”

Cole’s look is as vintage as his tunes: His father, Jack Reeves, was a noted country singer in the ’70s, and Cole is wearing his dad’s jeans, boots and feather-adorned cowboy hat on this day.

Though Matt and Cole are in their 20s, their sound has little in common with what you’ll hear on contemporary country radio, which makes them a good fit for the ‘ameripolitan’ designation. (Texas country great Dale Watson coined the term to describe what it is he does; he also founded the Ameripolitan Awards, now in their fifth year, where all nominees and winners are decided by fan voting.)

“The main reason he started the word ‘ameripolitan’ was because he got tired of telling somebody, ‘We do country music,’ and them thinking Luke Bryan or whatever,” Cole explains.

The Ameripolitan website expands upon the meaning of this loose genre designation: “By leaving the hopelessly compromised word ‘country’ behind and exclusively using the term ‘Ameripolitan,’ our intention is to re-establish this music’s own unique identity, elevate its significance and help reinvigorate it creatively.”

Above all else, the term isn’t intended to take any sides in the eternal debate over what is and isn’t country — it’s meant to end all the quarreling, period.

“I don’t think there’s much of an argument,” Cole says of how country has changed with a younger audience. “We’re dealing with 20-year-old kids who grew up with what they hear now and that’s all they know. We just grew up on something different.

“Country music is what anybody feels like it is,” he adds between puffs of a cigarette. “I’ve learned to believe that.”