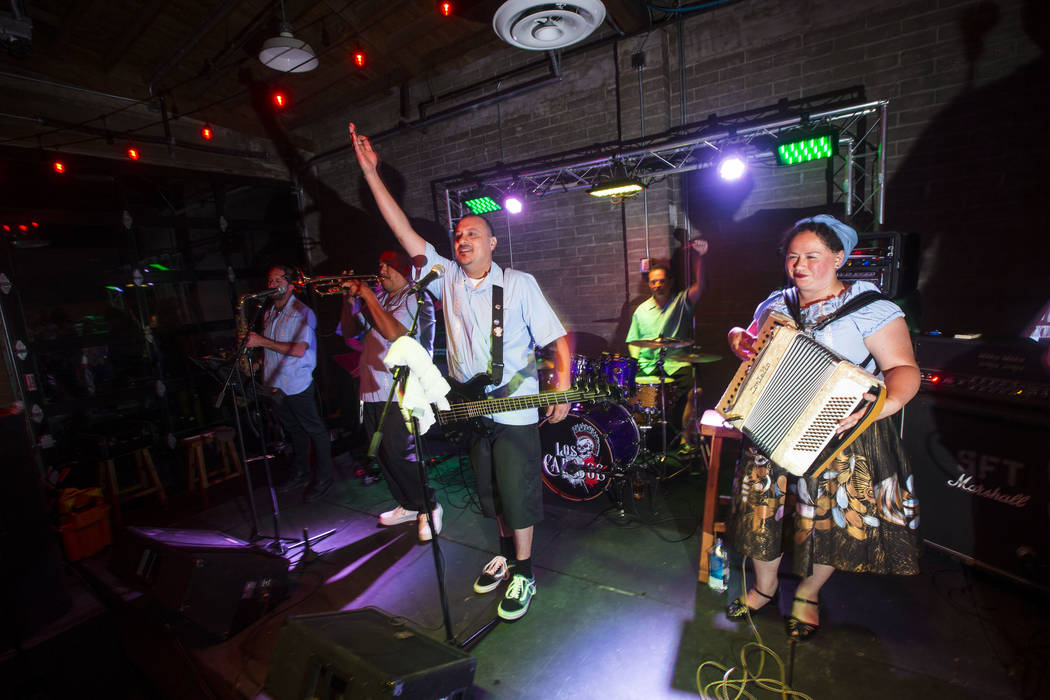 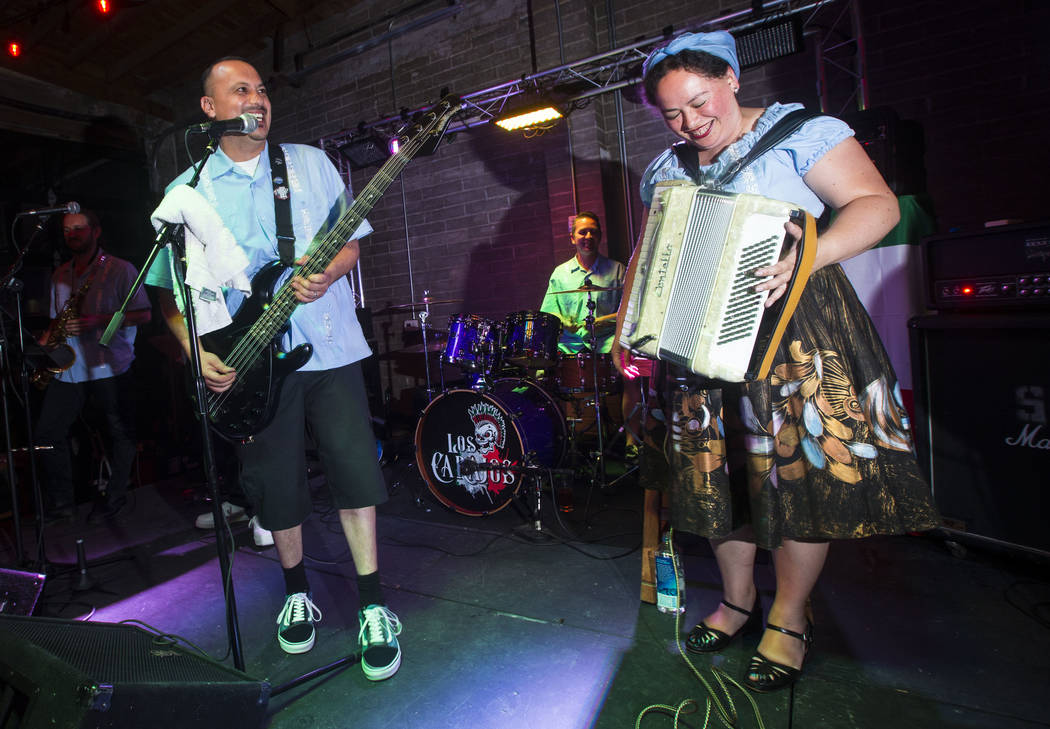 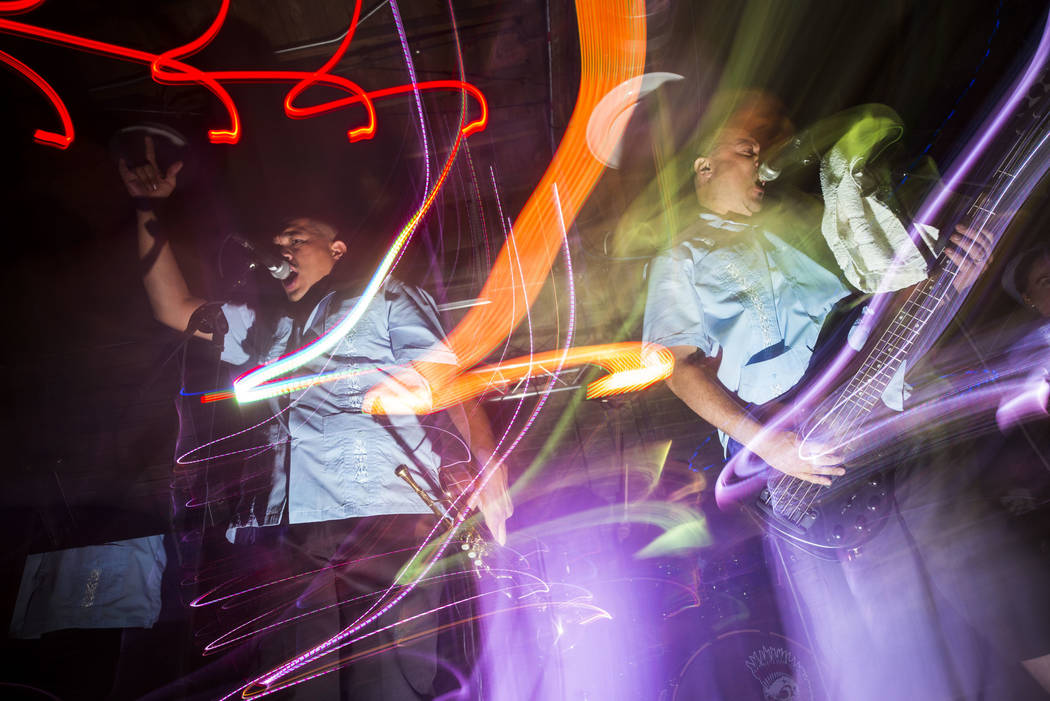 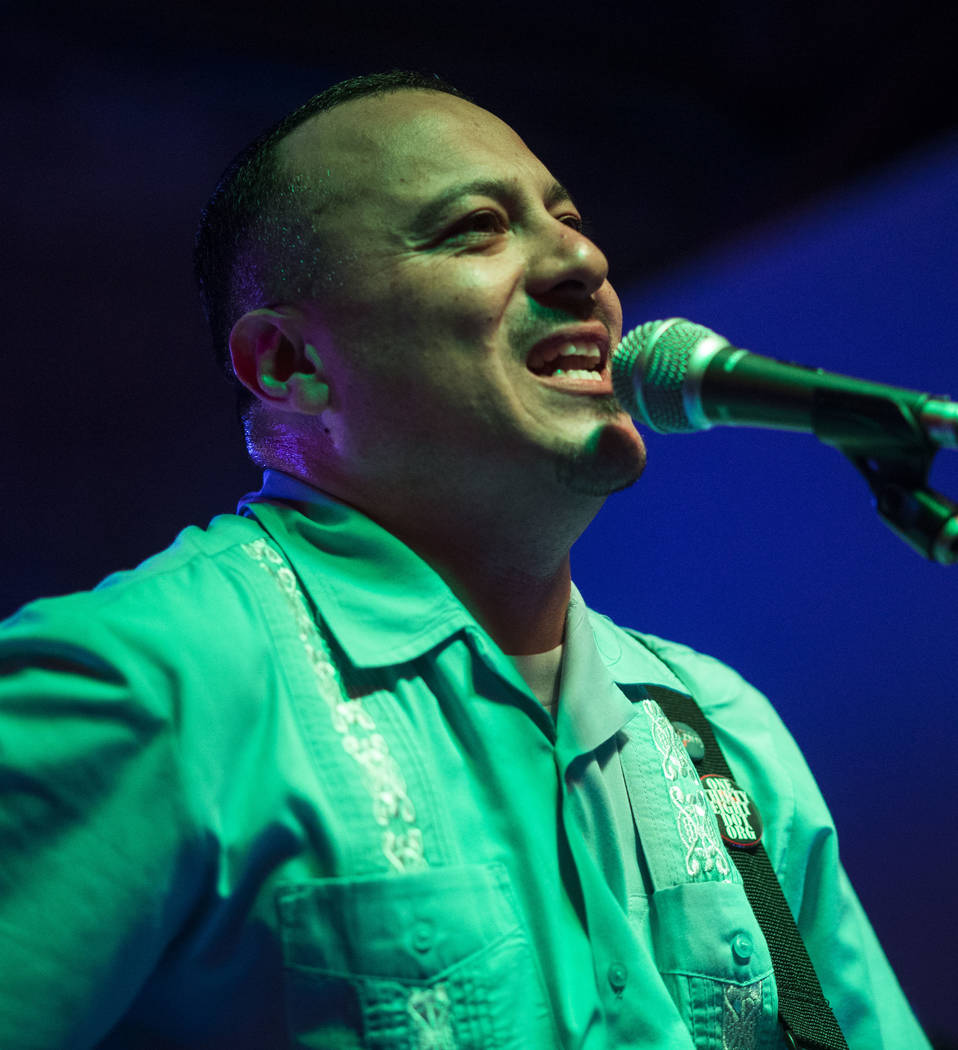 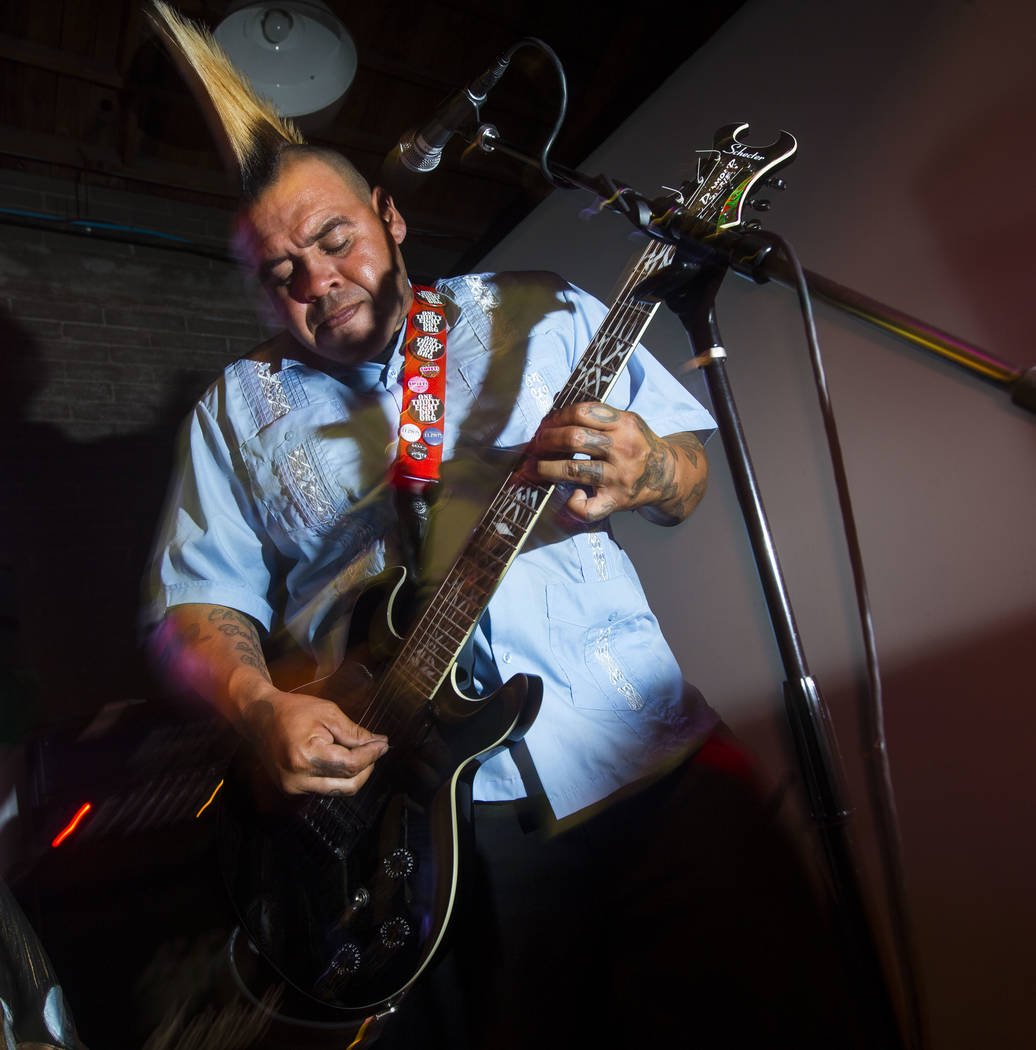 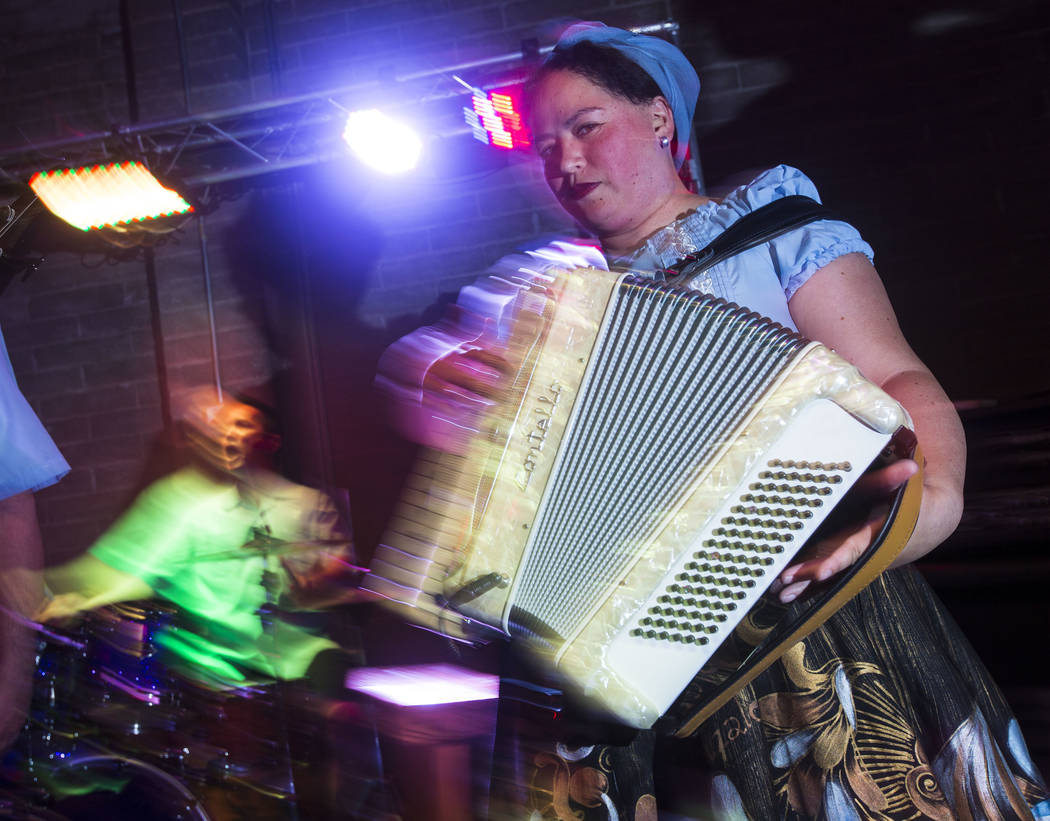 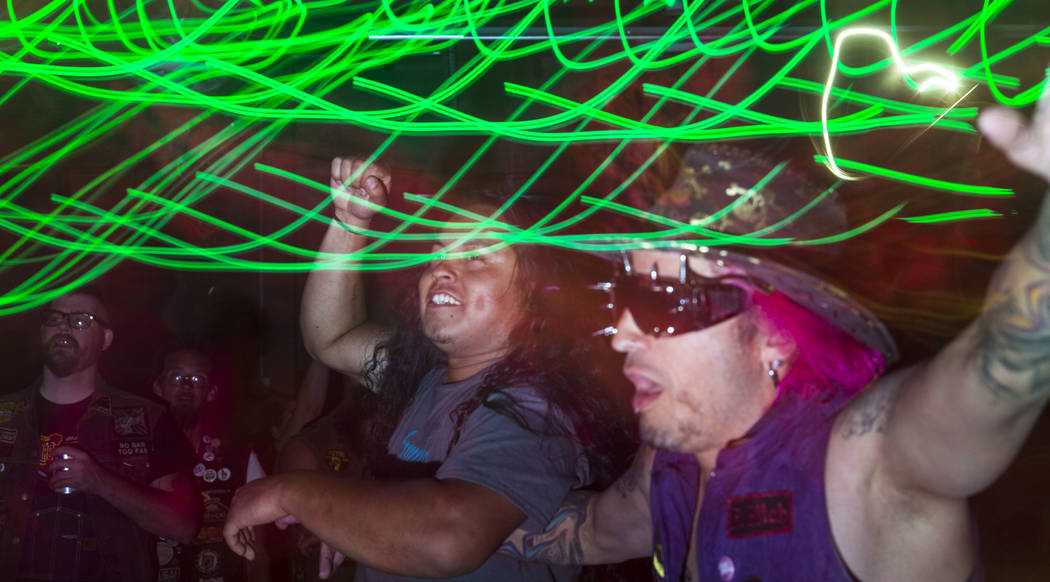 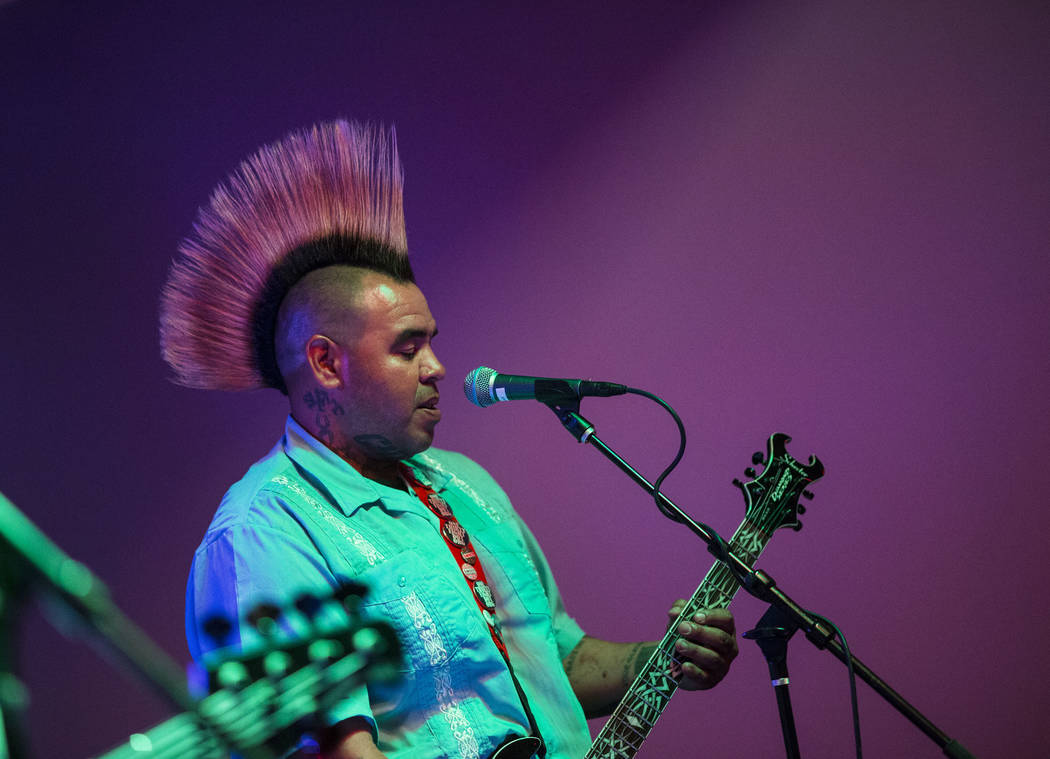 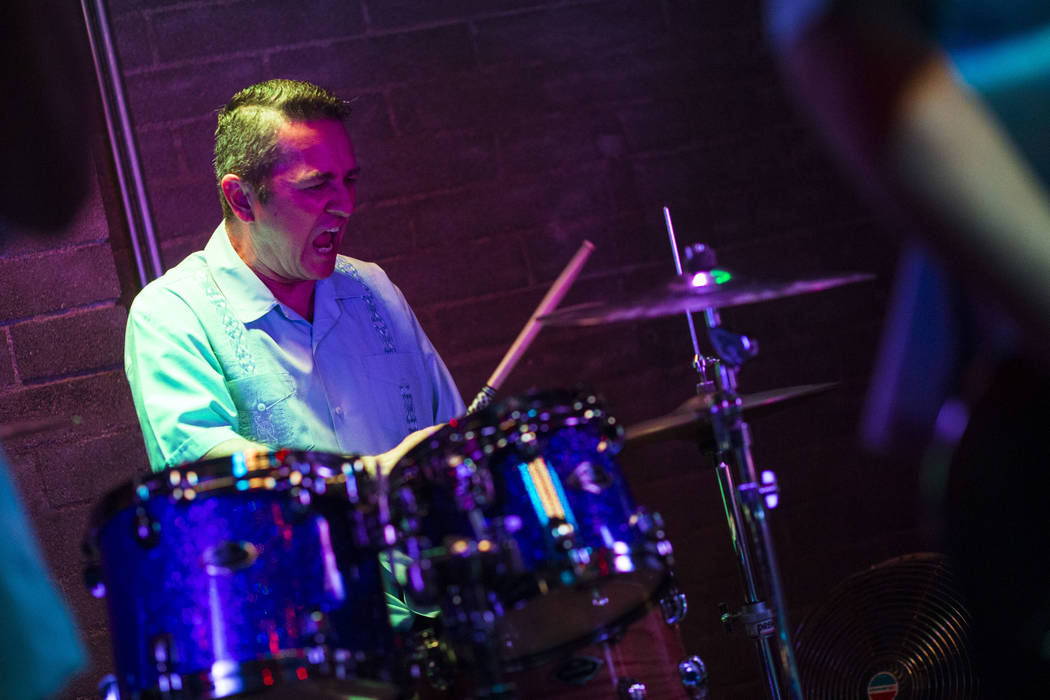 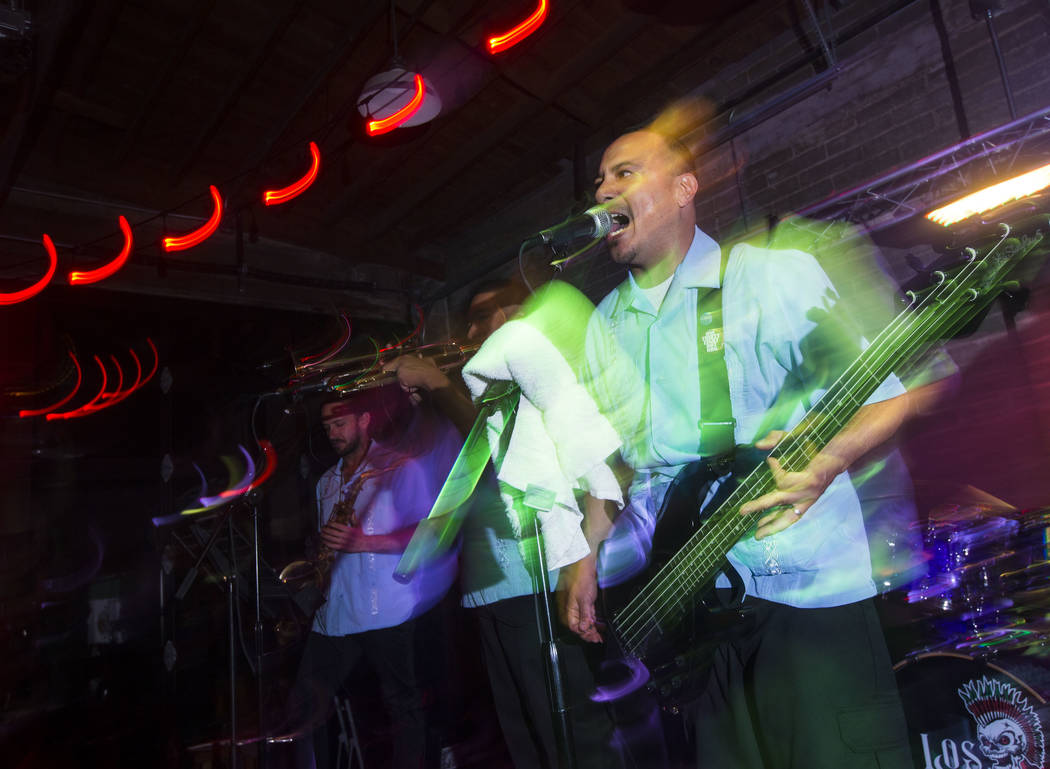 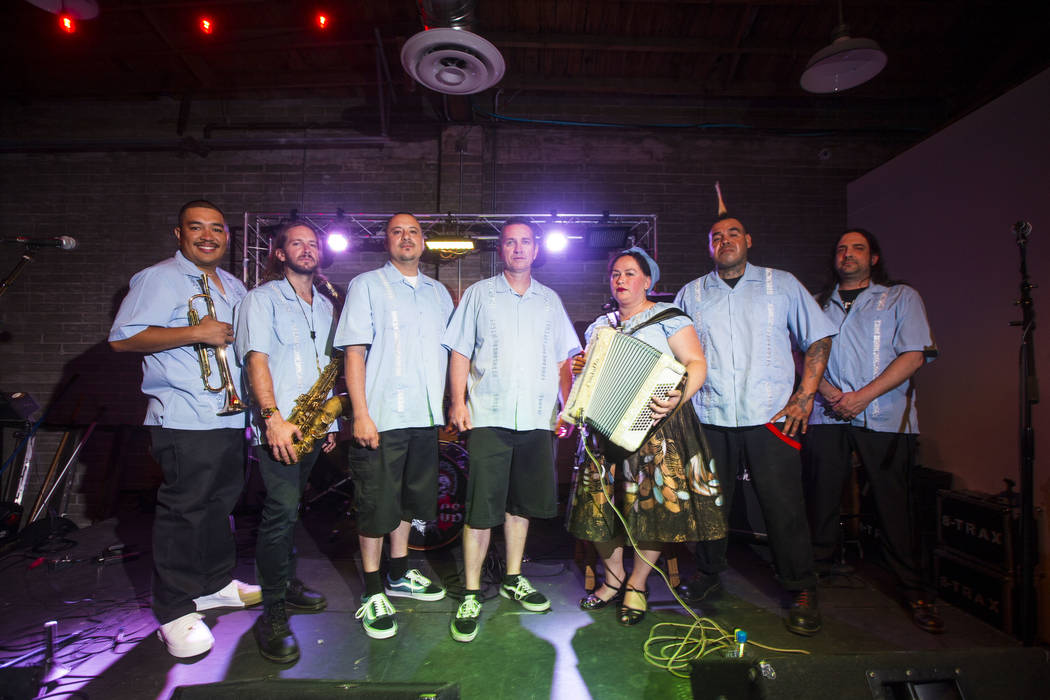 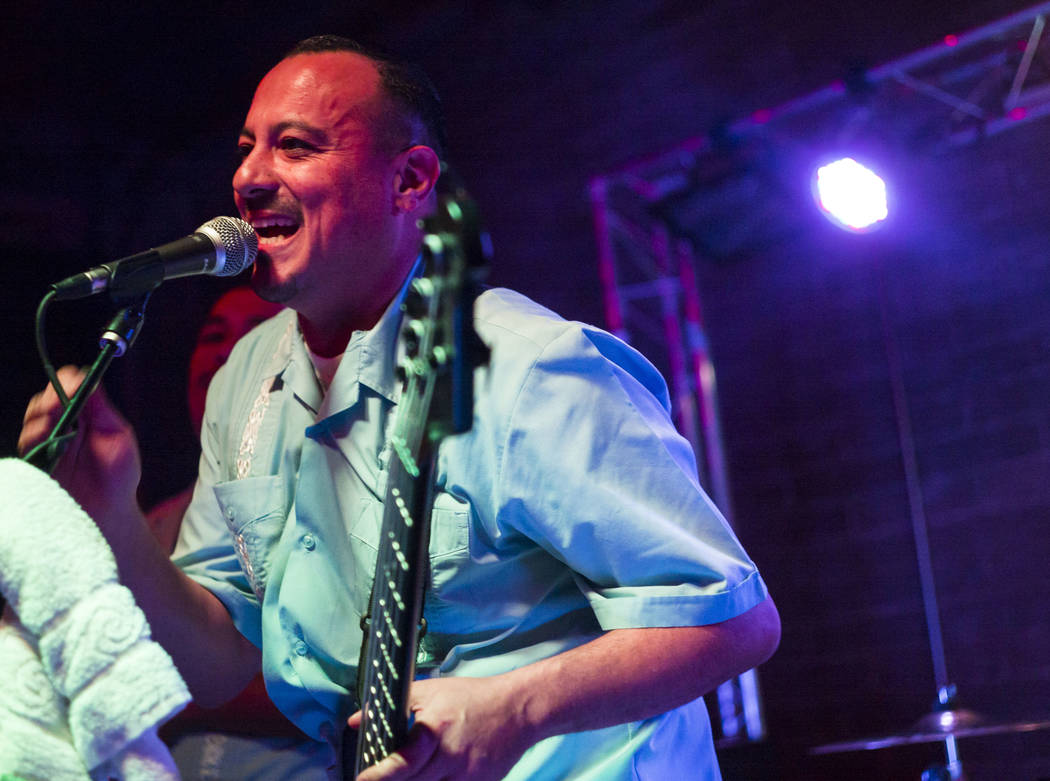 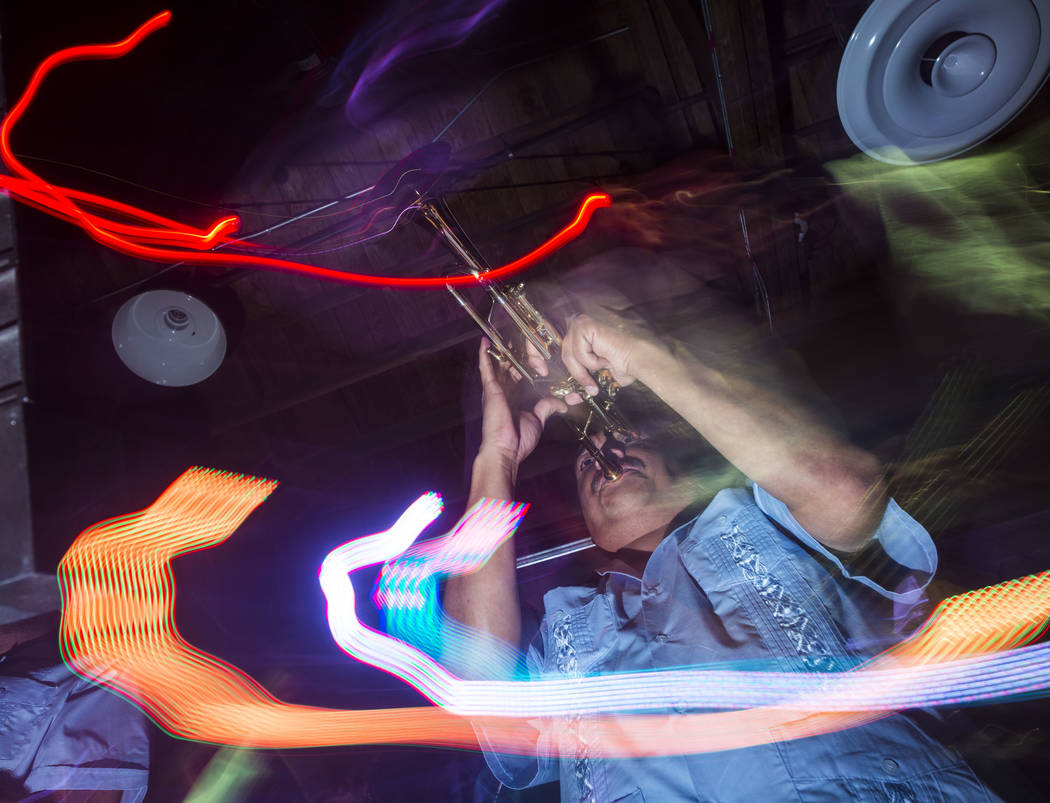 A cinder block rests against the kick drum for good reason.

It’s there to keep the kit from moving forward from the force soon to be generated upon it.

“This is the song that started it all,” the man on the mic announces in this small, rain-forest-humid rehearsal space whose walls are brightened by paintings of bull-lancing matadors and damsels astride motorcycles.

And with that, Los Carajos singer-bassist John Fernandez Jr. leads the six musicians clustered around him into mariachi standard “Volver Volver.”

You’ve probably heard this one before, but you’ve never heard it like this.

The song’s pulse rapidly accelerates — think about you how might feel upon downing a pot of coffee in a single slurp.

But it’s all shot through a punk rock filter.

“It’s the traditional with the new,” guitarist Carlos Acosta explains.

It all began with Fernandez, who founded the band in 2014, albeit with a different, more streamlined lineup.

He sought to bring a different kind of energy to the songs that he grew up listening to.

“Volver Volver” was the first tune he tackled, with Los Carajos moving on to Latin music staples such as “Contrabando y Tracion,” “Corrido del Compadre” and “Tu Carcel,” among others.

Transforming those chestnuts into breakneck punk rippers wasn’t as challenging as one might think, according to Fernandez.

The challenge was finding musicians who could pull it all off.

Castro recruited Geniza, who was foreign to punk and mariachi music.

“It’s a language I don’t really speak, music I’ve never really heard, in a style I’ve never played,” she smiles beneath a blue head scarf. “But I like the challenge. Prior to this, I would only busk and play Russian traditional folk music. This is like a whole new world.”

“I’ve been playing mariachi music for 23, 24 years, since I was in the fifth grade, and it was way different,” he says. “My first practice, it was like, ‘What the hell is going on here?’ ”

If it doesn’t always make sense on paper, it does on stage: Performing in matching blue guayabera shirts at their gigs, Los Carajos will play a Cinco de Mayo gig at Cornish Pasty Co. and have landed a show with punk veterans D.I. during the upcoming Punk Rock Bowling festivities.

As they hone their chops, foreheads become beaded sweat in this increasingly stuffy room.

“Let me catch my breath,” Fernandez instructs at one point.

Good luck with that.