Mary Wilson didn’t have to wait for novels such as "The Devil Wears Prada" or the new "Little Pink Slips" to challenge the blurry line between fact and fiction.

The Broadway hit "Dreamgirls" kept Wilson busy explaining her view of things all through the 1980s. Now the movie adaptation is generating phone calls anew about differences between the musical and the real history of the Supremes.

"It’s a little bittersweet," says the founding member of the legendary vocal group, who has solo shows Friday and Saturday at the Golden Nugget. "You have a movie or a play about you and yet it’s not about you, but still it is," she says with a laugh.

For the record, she says "Dreamgirls" is "more or less our history and our legacy. But the story is not line for line (that of) the Supremes," which she held together from its earliest incarnation in the 1950s through its breakup in 1977.

As publishers debate the use of real people in historical novels, or whether "Little Pink Slips" by Sally Koslow — the editor who tried to relaunch McCall’s as Rosie magazine — is a novel or tell-all, Wilson just wishes writers would "use their own creativity and not be so lazy."

"People are losing their histories and legacies," she says.

The singer also defends challenges to the Supremes’ legacy by lobbying for the Truth in Music bill. It’s a legislative initiative to clarify advertising for the many groups laying claim to the names of R&B groups such as the Platters and Coasters.

The bill passed a committee in the Nevada Senate last month; passage would add Nevada to nine states that already have adopted it. "It’s something that should have been done a long time ago. Most of us artists now are over 50. Or over 70," the 63-year-old singer adds with a laugh.

Wilson, who lives in Henderson’s Anthem development, has split time between Southern Nevada and New York since 1991, and three of her eight grandchildren are here as well. But she says she is on the road with her band nearly every weekend. "I’ve wanted to work in a nice casino in Vegas for quite a while, so this is really wonderful," she says of the Golden Nugget’s remodeled theater.

Wilson says she remains open to a Supremes reunion with Diana Ross and Cindy Birdsong if she were paid as a full partner. Ross has been one of the names rumored for the rotation of singers that will replace Celine Dion at the Colosseum at Caesars Palace.

She doesn’t doubt Ross’ work ethic "if she commits to it." "We come from Motown. We come from good stock." …

Show offerings will be more wide-ranging on the Nevada state line at Primm after a trio of casinos transferred from MGM Mirage to new owner Herbst Gaming.

"Country was very good to us, but we want to diversify very quickly," says David Krause, who oversees entertainment at the Star of the Desert arena at Buffalo Bill’s and Whiskey Pete’s showroom.

A Smokey Robinson arena date on Memorial Day weekend will be "different for our property," he says, but is generating a big response from the California database. MGM Mirage tended to use Primm — which draws heavily from Barstow and other California high desert cities — for country headliners such as Dolly Parton and Reba McEntire.

Krause started at Primm last year after spending more than three years at the Silverton, so he has seen the Southern edge of the valley creep closer to the state line. "If you live in Southern Highlands or Anthem, it’s easier to get to Primm than downtown," he says.

He plans promotions such as bus rides and designated drivers to boost local interest in the bigger concerts.

Krause says he would like to book two shows per month in the 750-seat showroom and two in the arena, which can seat as many as 6,000 or be curtained down to 1,500 seats. He would like to have one "A list" arena act each quarter. …

Theater spaces at the Rio and Luxor are testing the limits of Las Vegas’ ability to change and adapt quickly.

Lee Ann Rimes was supposed to be the final headliner at Luxor last weekend, so the 1,500-seat theater could be turned over to Cirque du Soliel to ready its magic show with Criss Angel.

But Luxor President Felix Rappaport says he had second thoughts when he learned construction wouldn’t happen before September, and it seemed like "a waste of resources" to strip the theater and then let it sit empty.

So the "Spotlight" series will return before Memorial Day — perhaps with a Liza Minnelli encore for the holiday weekend — and continue at least through July.

The Rio also may test the rapid-response capabilities of its booking agents. Prince decided in late March that he would stay for April, and hotel officials "aren’t in a hurry to get him out" should he decide to do the same for May, says one hotel staffer. Potential replacements are sidelined until the verdict comes in.

Mike Weatherford’s entertainment column appears Thursdays and Sundays. Contact him at 383-0288 or e-mail him at mweatherford@reviewjournal.com. 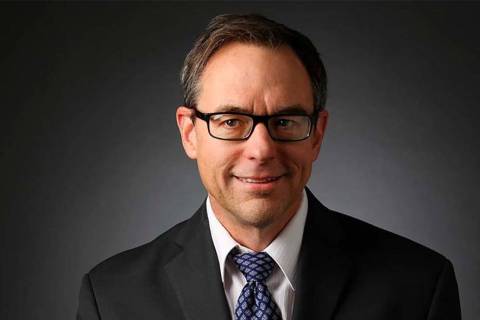 Review-Journal entertainment columnist Mike Weatherford looks back at the Vegas show scene in his farewell column. 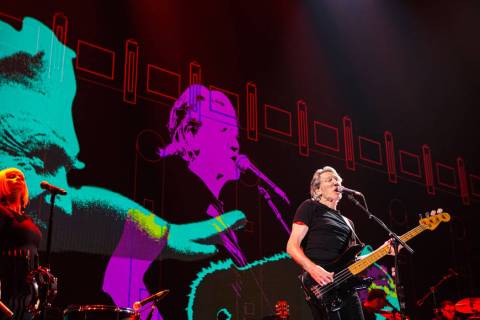 The tour is called “Us + Them” for reasons made very clear. But Roger Waters’ tour stop Friday at T-Mobile Arena also seemed at times to alternate between “us” and “him.” 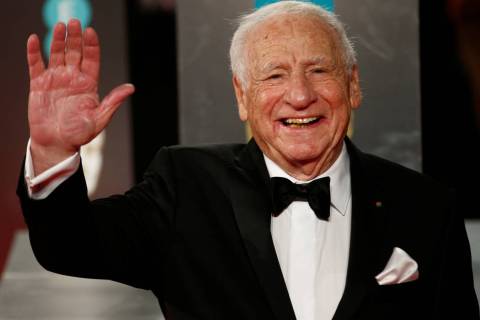 Comic legend witnessed classic Vegas shows, and his Broadway show ‘The Producers’ played here. But Wynn Las Vegas shows will be his first on stage.

‘Sex Tips’ is good-natured, but needs to learn to relax
By Mike Weatherford / RJ

Comedy based on how-to manual is amusing and good-natured, but works too hard for middling laughs. 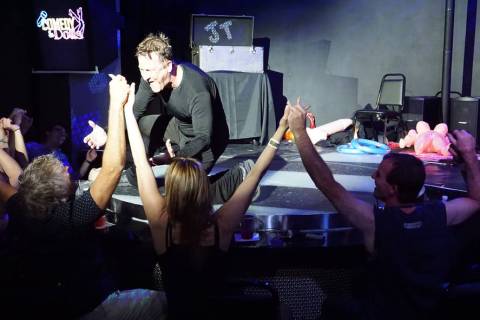 Veteran variety-show comedian is back on stage only seven months after career-threatening injury. 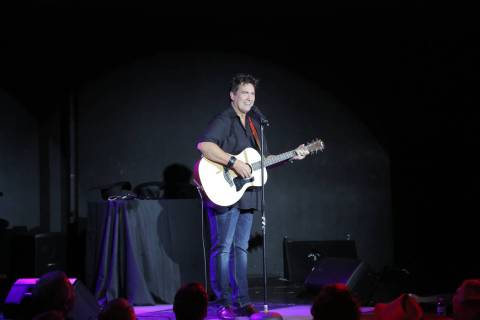 Working a comedy club setting without a band requires the manic master of song parodies to recalibrate. 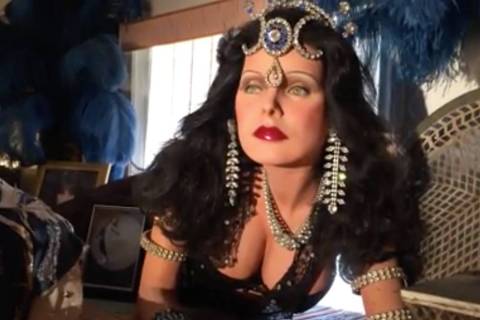 A lot of people are waiting for the showgirl to make a comeback. But Grant Philipo is less patient than most. 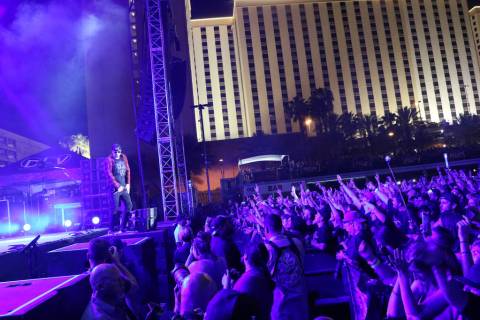 An outdoor concert venue and a recent comedy festival both expand the diversity of ticketed entertainment downtown. 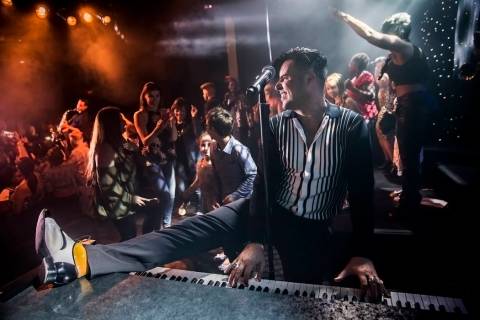 They’re so old school, even the signs for Clint Holmes and Frankie Moreno inside the Golden Nugget seem like holdovers from another Las Vegas: “Dinner and a show, $35.” 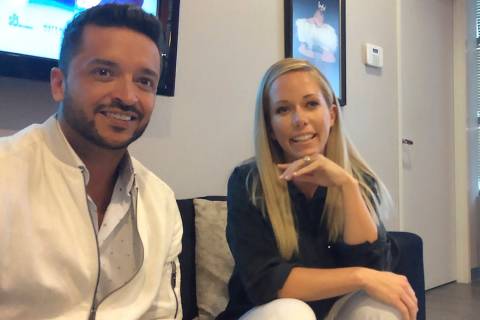