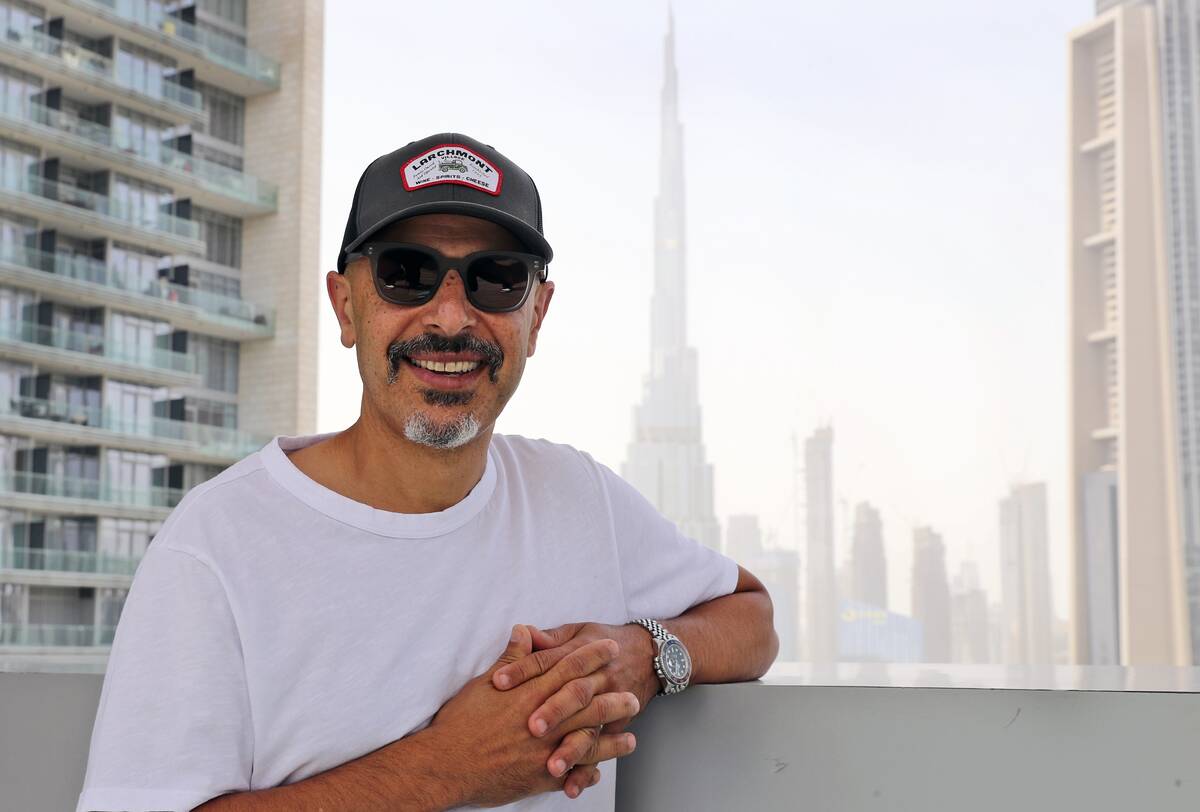 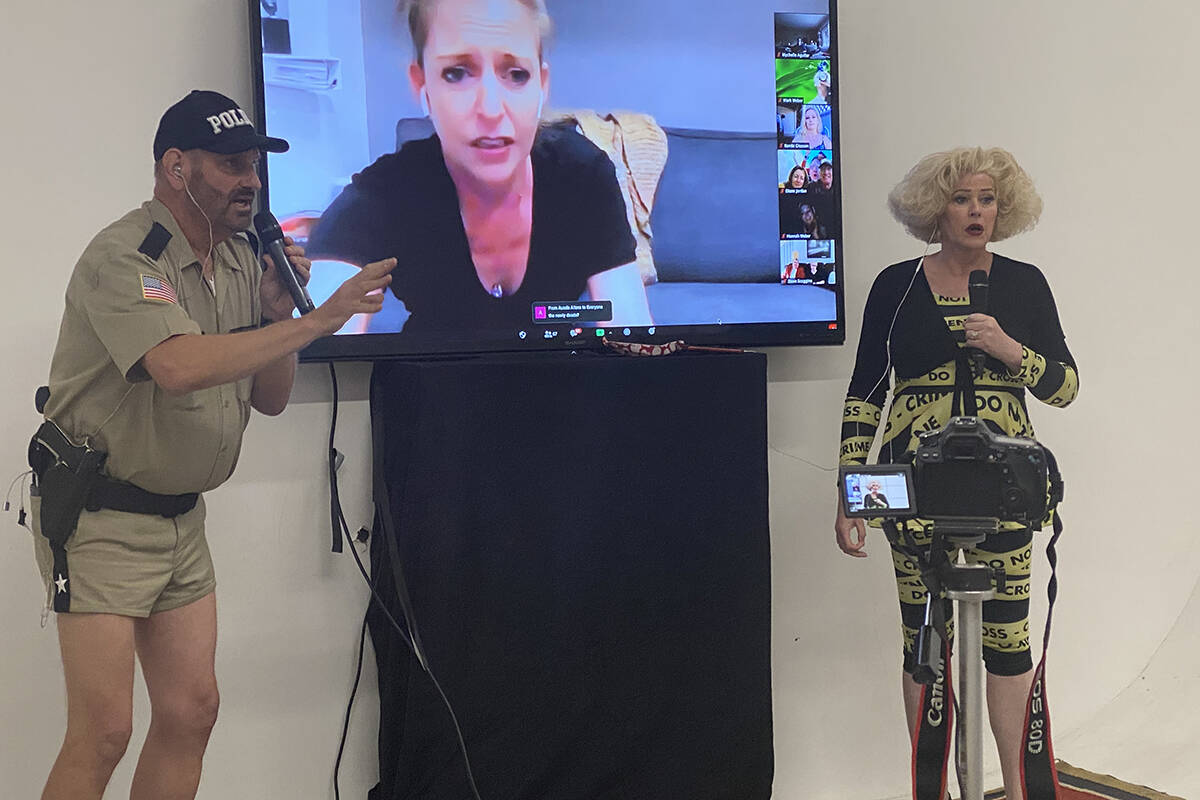 Eric Post and Jayne Ann Savoie Post are shown in a virtual performance of "Marriage Can Be Murder" at Ivory Star Production headquarters in Las Vegas on Friday, May 22, 2020. (John Katsilometes/Las Vegas Review-Journal) @JohnnyKats 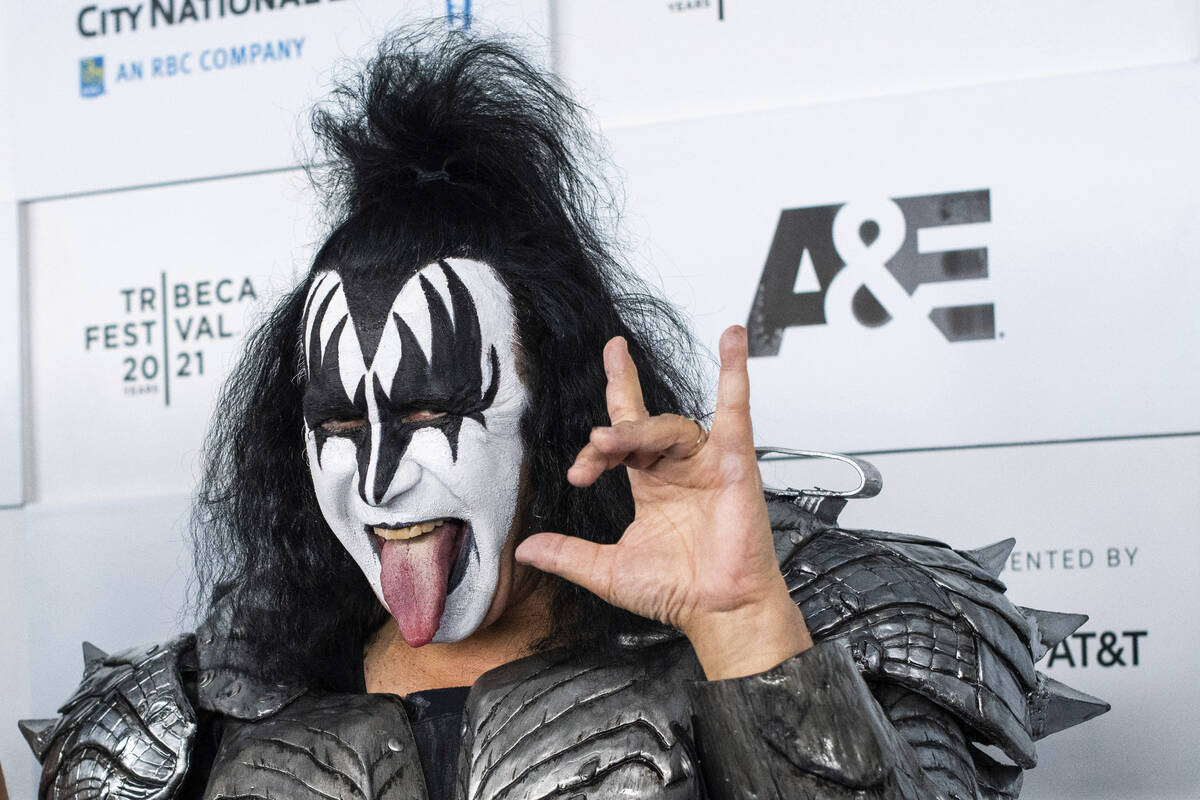 Gene Simmons from the band Kiss attends the premiere of A&E Network's "Biography: KISStory" during the 20th Tribeca Festival at Battery Park on Friday, June 11, 2021, in New York. (Photo by Charles Sykes/Invision/AP) 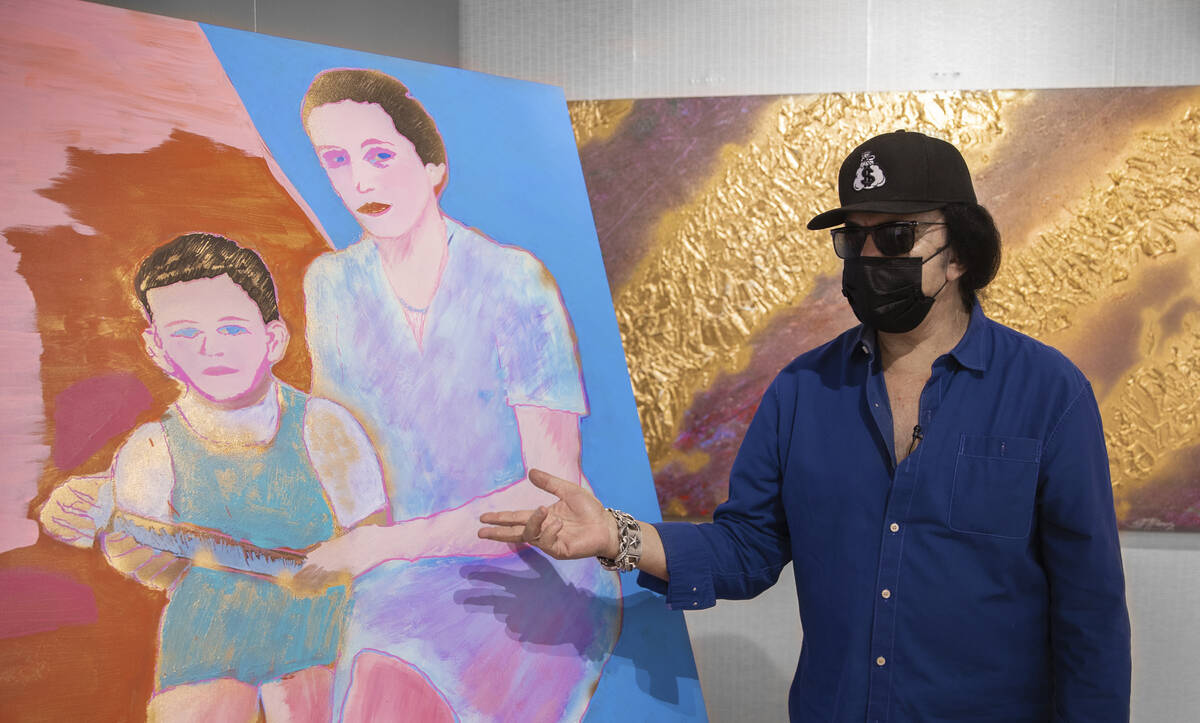 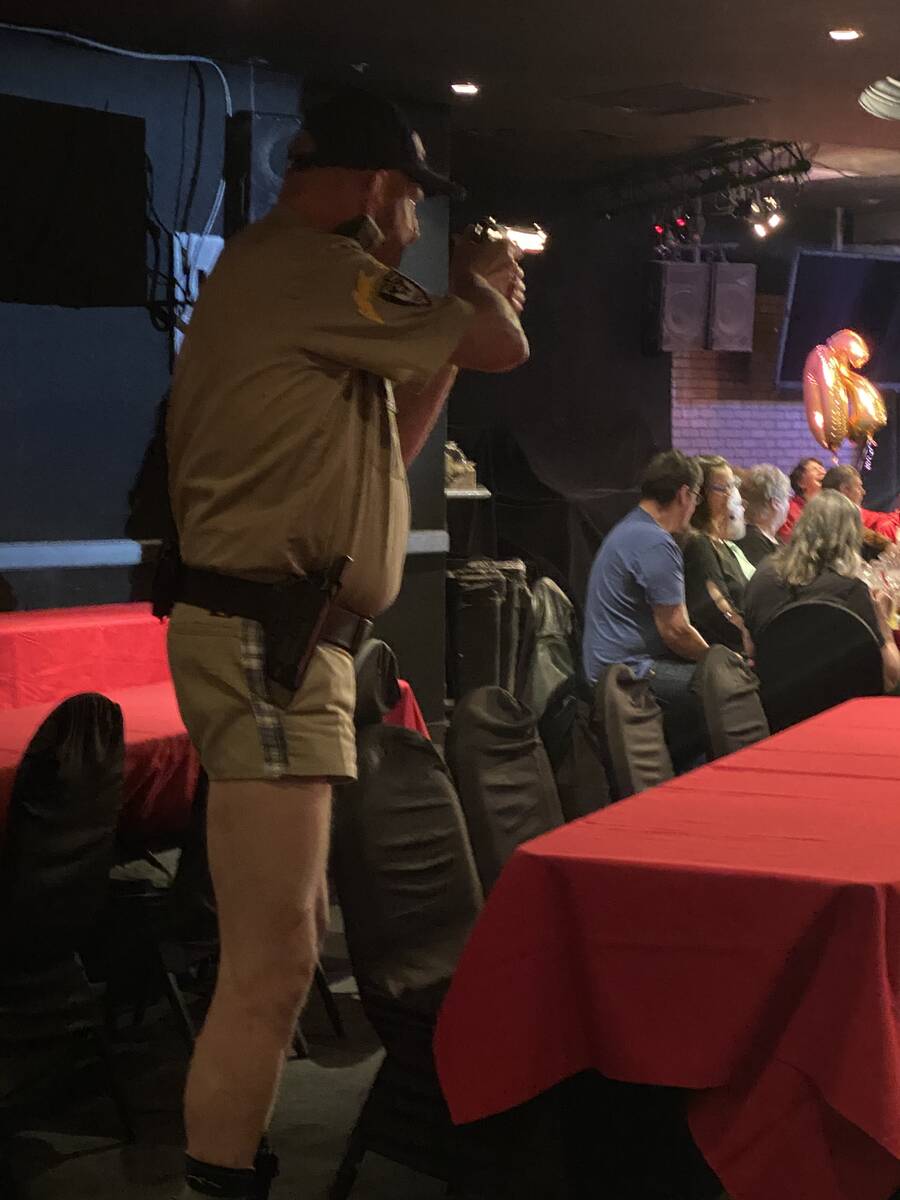 Eric Post is shown during the final performance of "Marriage Can Be Murder" at The Showroom at the D Las Vegas on Sunday, Jan. 5, 2020. (John Katsilometes/Las Vegas Review-Journal) @JohnnyKats

Maz Jobrani mulls a question about the news of the day. The comedian born in Tehran doesn’t need to think long.

“My head is spinning in terms of how much is going on,” says Jobrani, headlining at the Laugh Factory at Tropicana on Friday, Saturday and Sunday nights. “Obviously, it’s heartbreaking. I mean, we see what is happening in Afghanistan, it’s heartbreaking. The videos we have seen of people trying to flee, hanging off airplanes, falling off, dying. It has been an atrocious thing to witness.”

Jobrani has used his Instagram page to make his voice heard on the subject.

“This current administration botched it, big time. The previous administrations are at fault as well,” he says. “But I am not here to talk about whose fault it is right now. How can we, as individuals, help?”

Jobrani is an immigrant. His family immigrated to the San Francisco Bay area when he was age 6.

“I realize, we need to open our hearts, to these people who are fleeing Afghanistan, the refugees, the interpreters, their families,” the comedian says. “We need to greet them them with open arms. These are people who have helped America and need our help now.”

Jobrani backs the talk by sending his fans and followers to Miry’s List, an emergency nonprofit that lists families who have just arrived in the U.S. who need essential supplies.

Jobrani has become well-known on the comedy circuit, and a top draw at Laugh Factory, dating to “The Axis of Evil Comedy Tour.” The series played The Joint at the Hard Rock Hotel in 2007. The tour’s title was a counter to President George W. Bush’s assertion that Jobrani’s home country of Iran (along with Iraq and North Korea) represented the “Axis of Evil.” Jobrani and fellow comics Ahmed Ahmed and Aro Kader used the power of humor to diffuse cultural stereotypes.

Having recently toured Texas and Florida, Jobrani is confident humor can ease the tensions of any audience.

“Those are more right-leaning states, and it felt like people were laughing at the jokes,” Jobrani says. “I’m hoping that people don’t get too offended if I tell them that. I think it was a good vaccine.”

Gene Simmons is reportedly doing “great” a few days after testing positive for COVID-19. The superstar bassist, actor, artist and entrepreneur’s positive result was made public through a band tweet on Tuesday. That announcement was made five days after fellow Kiss front man Paul Stanley had also tested positive. The legendary rock band has delayed the upcoming four dates on its “End of the Road” tour, which is to resume Thursday at FivePoint Arena in Irvine, California.

The schedule shakeup has had no impact on the Kiss residency set to start Dec. 27 at Zappos Theater. Simmons also still plans to open his “ArtWorks” collection of paintings Oct. 14-16 at Animazing Gallery at The Venetian Grand Canal Shoppes. Asked on Aug. 6 if he’d been vaccinated, Simmons said he’d had both Phizer shots, “And my a** still hurts.” He also wore a mask through our entire conversation. So, there was no tongue display.

“Marriage Can Be Murder” is popping up at Hennessey’s Tavern on Fremont Street at 7 p.m. (doors 6:30 p.m.) Friday and Saturday. The matrimonial tandem of Eric Post and Jayne Ann Savoie Post are back as the show’s co-stars. The menu includes four options (Dead Meat, Fowl Play, Hasta La Pasta and the Murder Burger).

Tickets start at $74 (not including fees), available at marriagecanbemurder.com. Driven from the D Las Vegas just before pandemic, “MCBM” was plotting a relocation in the Buca di Beppo space at Bally’s in early 2020, where “Tony N’ Tina’s Wedding” was last performed. The show and venue couldn’t arrive at a suitable food-entertainment agreement, then COVID hit.

We like the idea of staging the show at Heart Attack Grill, just a couple cartwheels across the promenade from Hennessey’s. Kind of a double-fatality concept.

From comic great George Wallace on Thursday afternoon, remarking about the respective turnouts for the Manny Pacquiao-Yordenis Ugás bout at T-Mobile Arena and the WWE SuperSlam event at Allegiant Stadium. Both were held Aug. 22:

Wallace is set to receive a Lifetime Achievement Award on Saturday at the African-American Humor Awards show at Luxor. He’ll be Zooming from Atlanta. We should see him, in person, back at Westgate Cabaret this fall.

I’ve yet to be disappointed at Area15, which is a Planet of Cool Hangs unto itself. Friday it’s Simp City, featuring R&B artist Bryson Tiller, from 9 p.m. to 3 a.m. Simp City confidently bills itself as the city’s hottest R&B music event, a club and concert rolled into a single groove-fest. Tiller and DJ sets by Jazlyn Rich, DJ Five and DJ Mell Starr propel this hang. We like this: “Guests are encouraged to come ready to dance, sing and feel the energy,” my Area15 friends tell me. OK!

Throwbacks to the 1990s and 2000s are also planned. The event is for ages 21 and over; tickets are $40 (but the memories priceless). Hit the Area15 website for added intel. 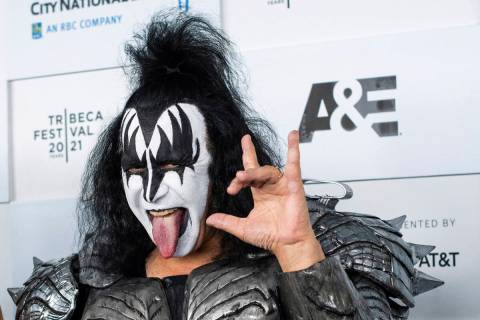 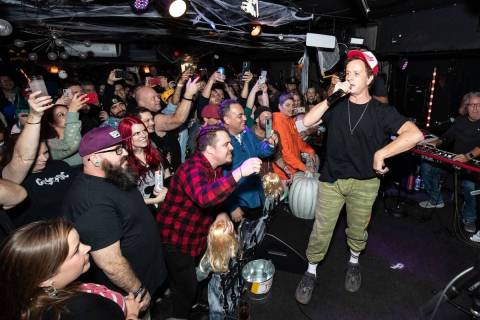 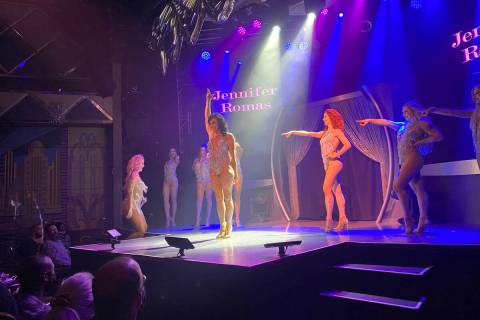 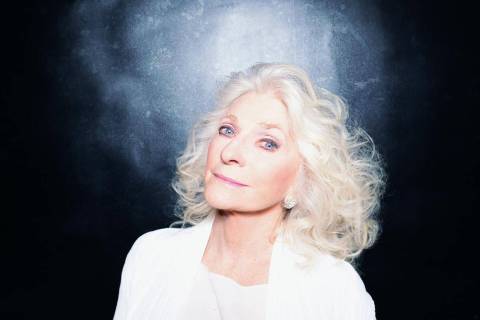 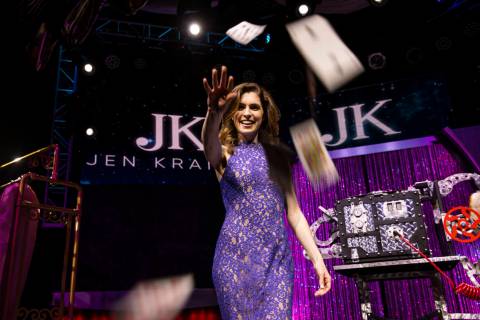 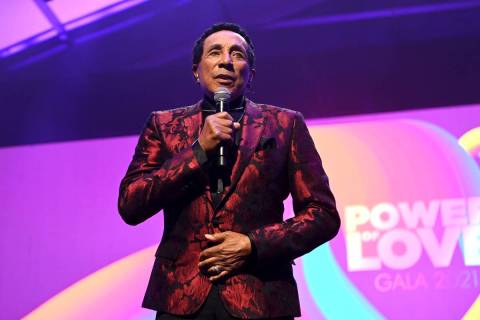 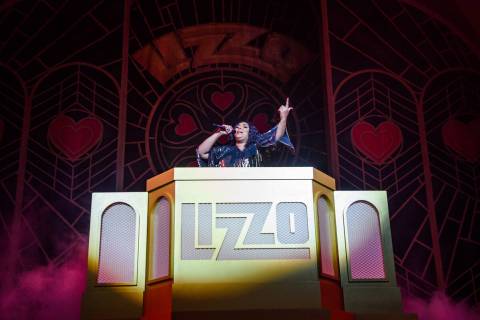 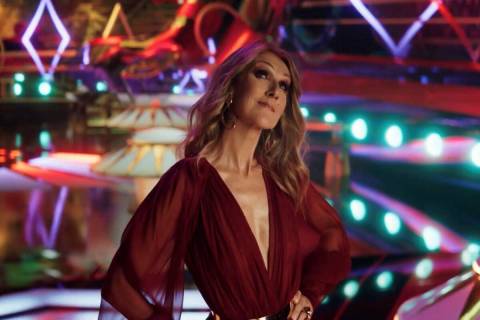 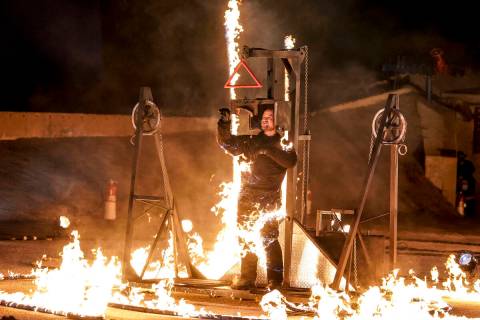