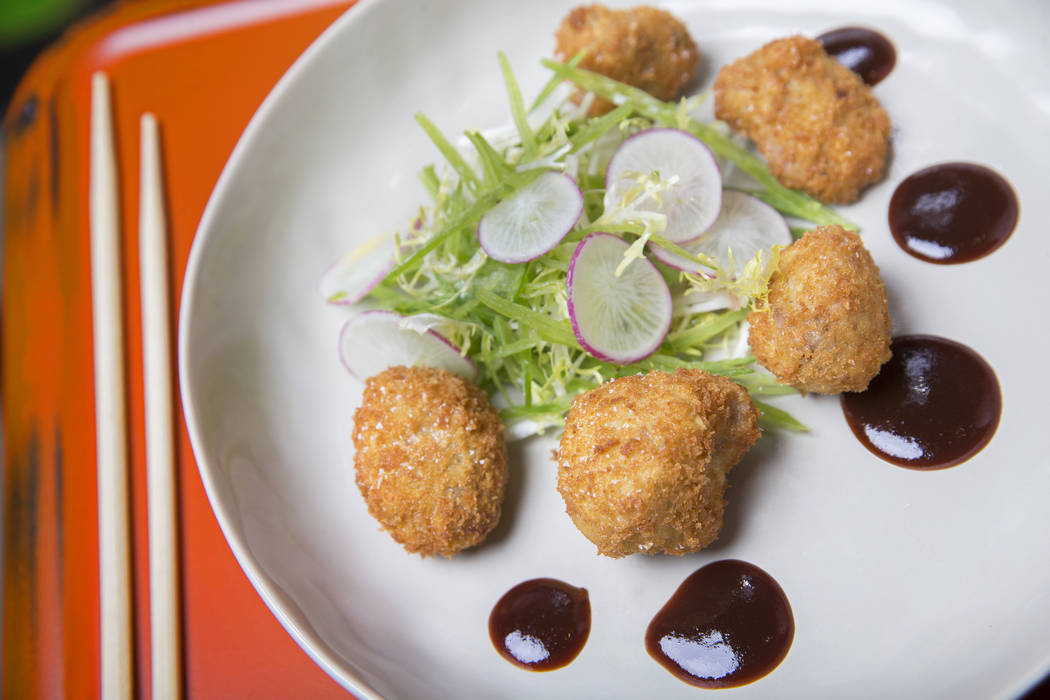 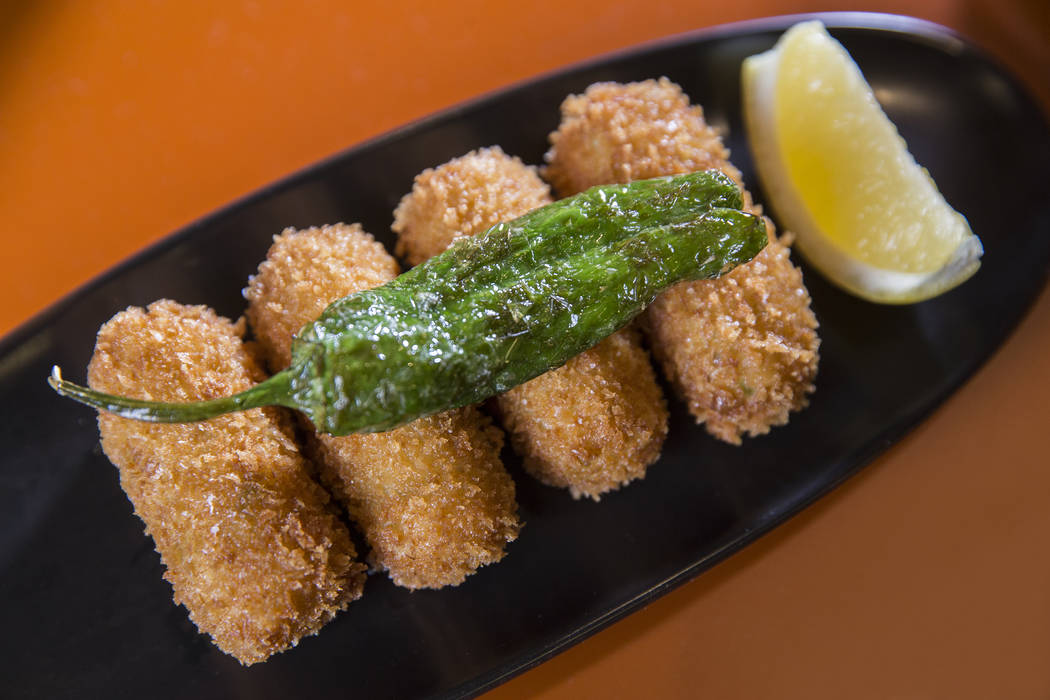 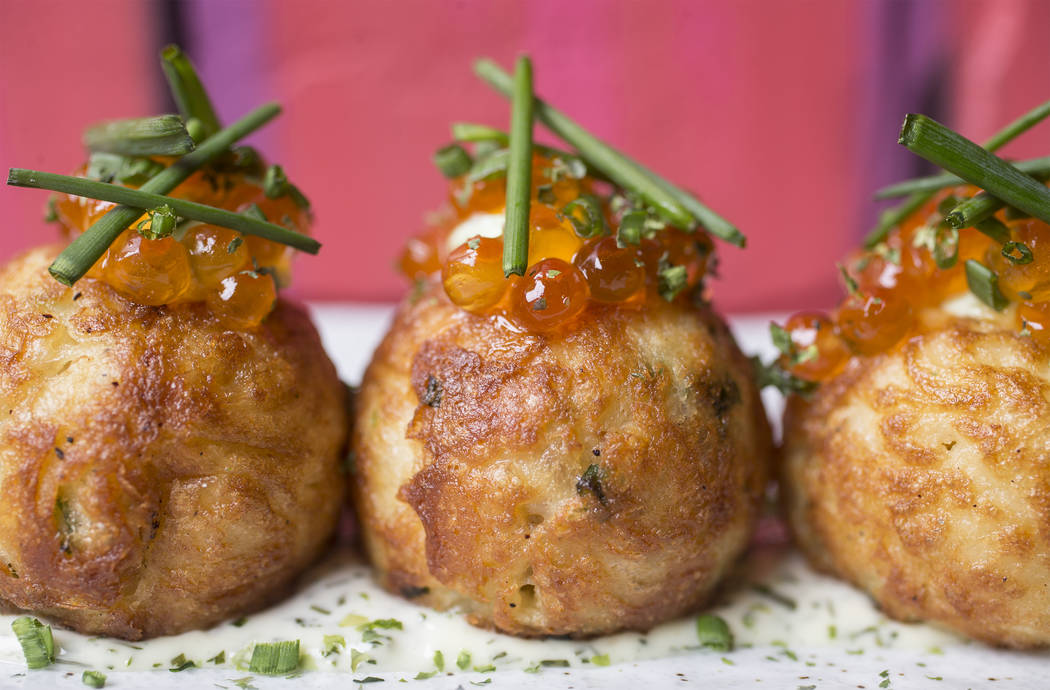 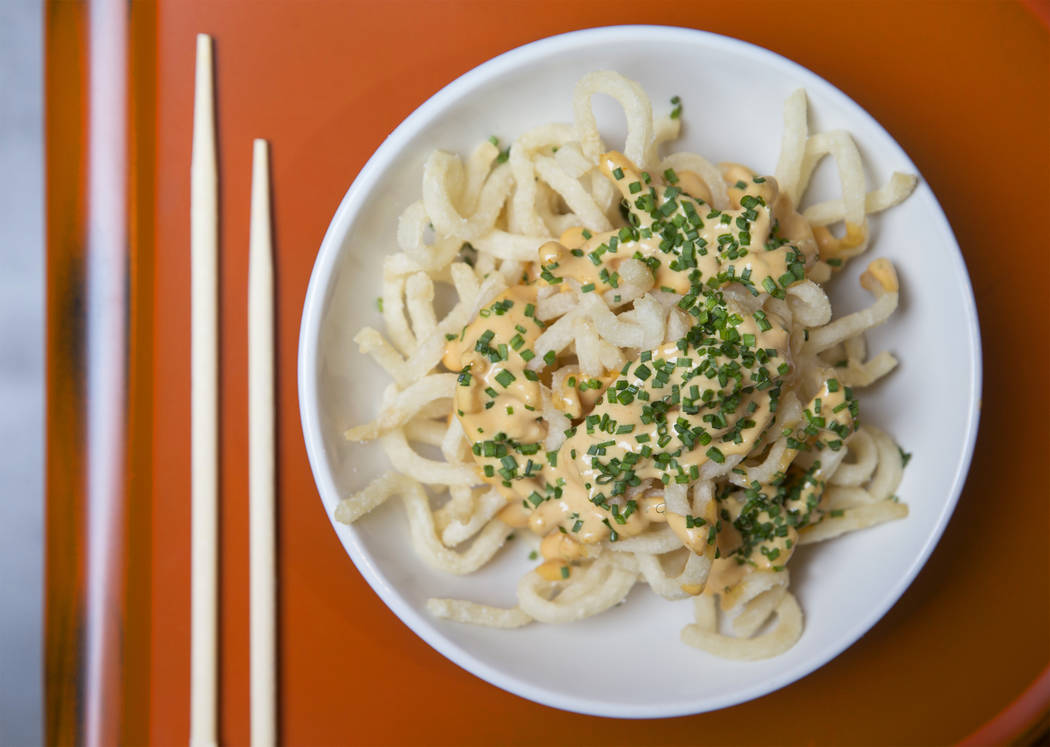 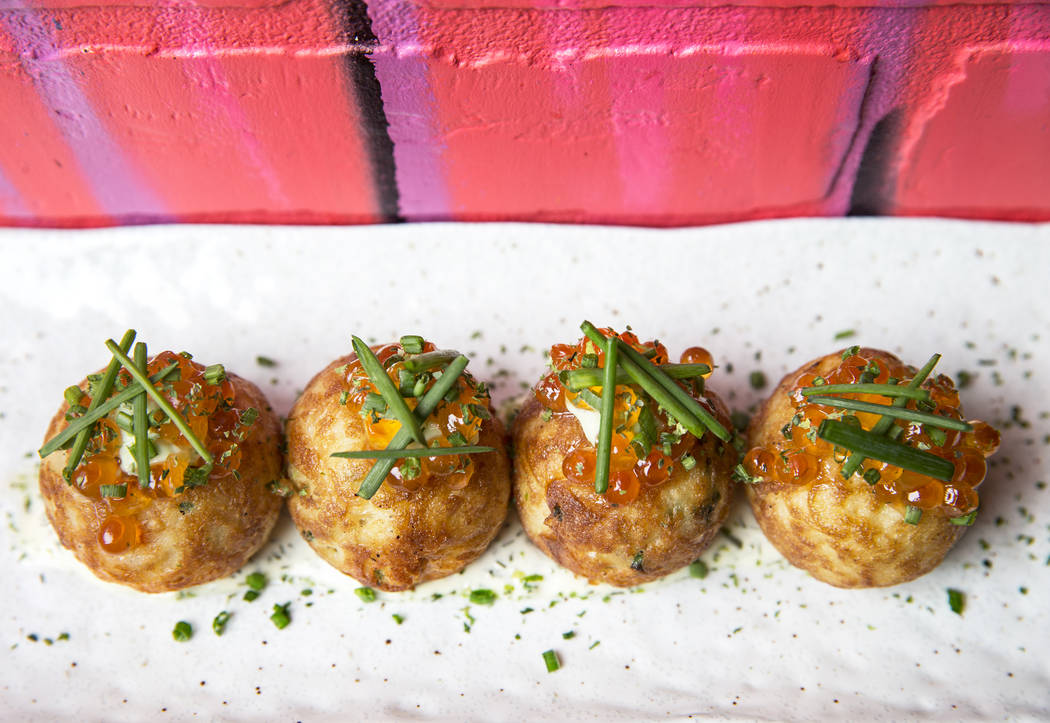 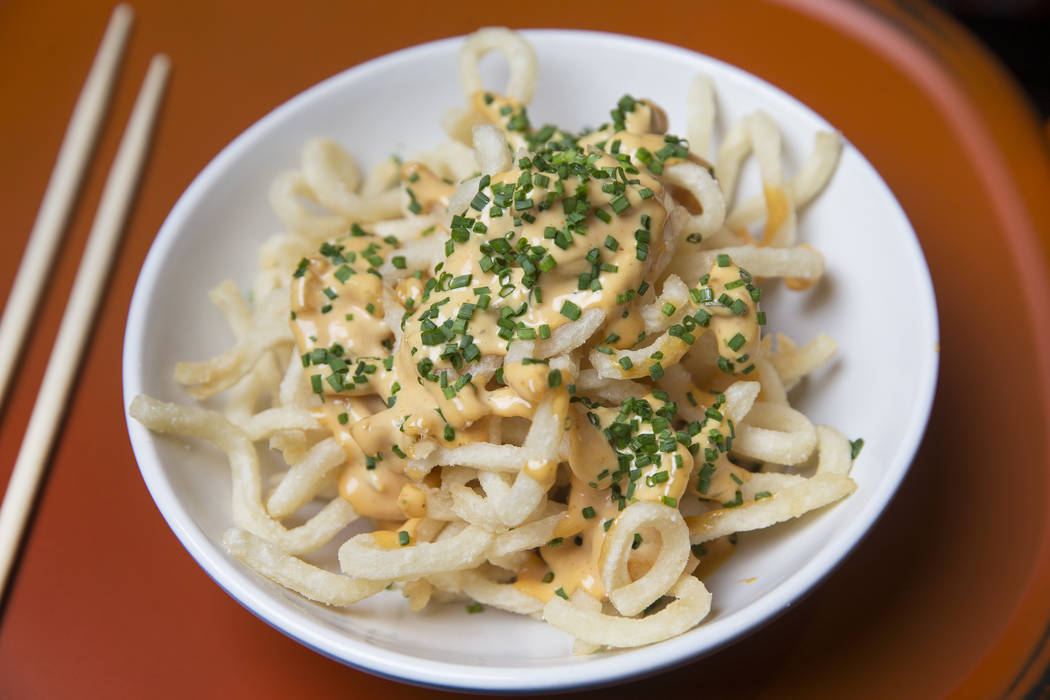 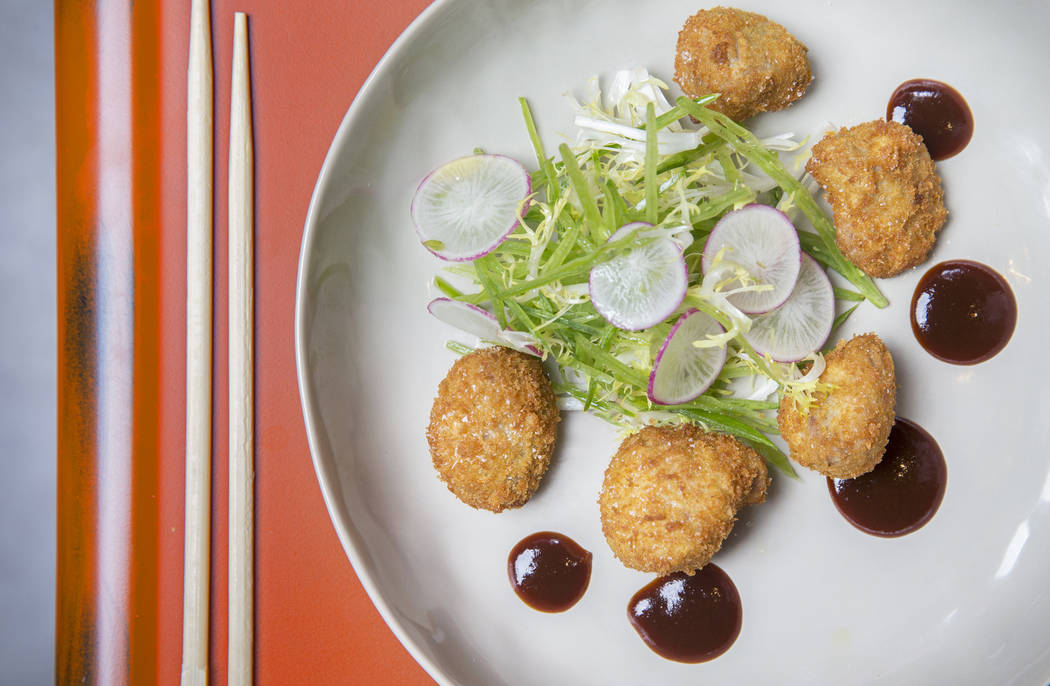 The chef-owners of Paid in Full clearly like to play with their food, and all the better for anybody who wanders in.

Mike Plourde and Jason Olson — Strip veterans whose history includes Bellagio and MGM Grand — have said their restaurant is based on izakayas (Japanese gastropubs), and the influence is clear. But they’ve taken the tradition and leaned it onto its side with flavors and textures that create fresh, new combinations.

One example is Udon Fries ($5) Animal Style. Thick Japanese udon noodles were fried and, when hot, end up puffy and crispy, with a pleasingly chewy interior. The “animal-style” designation is a wink at the same-name fries on the “not-so-secret”menu at In-N-Out, which have become a cult favorite. At In-N-Out they’re topped with grilled onions, melted cheese and the company’s Thousand Island-esque “spread;” Paid in Full’s udon would be weighed down with all that but get flavor and textural contrasts from the latter.

Textural contrasts also were hugely appealing with the sweetbread katsu ($10). Sweetbreads (the animal product, not the bread) are sort of creamy when properly cooked and these were, emphasizing the crunchy coating on the half-dollar-sized pieces. The plate was completed with a crisp tangle of frisee mix, the austerity of which might have been too much of a bounce off the richness of the offal were it not for the diced bacon sprinkled throughout. The bulldog sauce on the side — served with the katsu in any self-respecting Japanese restaurant — was just the right touch.

Crab croquettes ($9) also played up the contrasts, the crisp coating yielding to a creamy treatment of the sweet crustacean, flavored with Old Bay Seasoning. A blistered shishito pepper draped over the four croquettes brought it all back to earth.

The hits just kept on coming. Crispy tapioca ($5) was the starch finely ground, molded and cut into flat squares and fried, then graced with a deeply flavored Parmesan and a sprinkle of nori. Paid in Full specializes in the izakaya favorite takoyaki, of which the octopus version of these fritter-like balls is the classic. But if octopus isn’t your thing there are four other choices, and in the smoked salmon variation ($10), the four balls rested on a pool of dill cream and were sprinkled with red caviar for literal pops of flavor.

For dessert, black sesame panna cotta ($6) was topped with a conserve of tart cherries and stabbed with a shard of black and white sesame brittle, just the right mix of their sweet and mellow natures.

Service was great but be advised that dishes arrive in the Asian style — as soon as they’re ready.

Plourde said the restaurant’s name, which comes from an ’80s hip-hop song, is a reference to having worked your way up to having your own place, and they’ve certainly achieved that. Finding Paid in Full after dark is a bit of a challenge because the quasi-industrial sign that matches the vibe of the place isn’t lighted. But at least until that’s remedied by Daylight Savings Time kicking in or somebody buying a spotlight, it’s a challenge worth meeting.