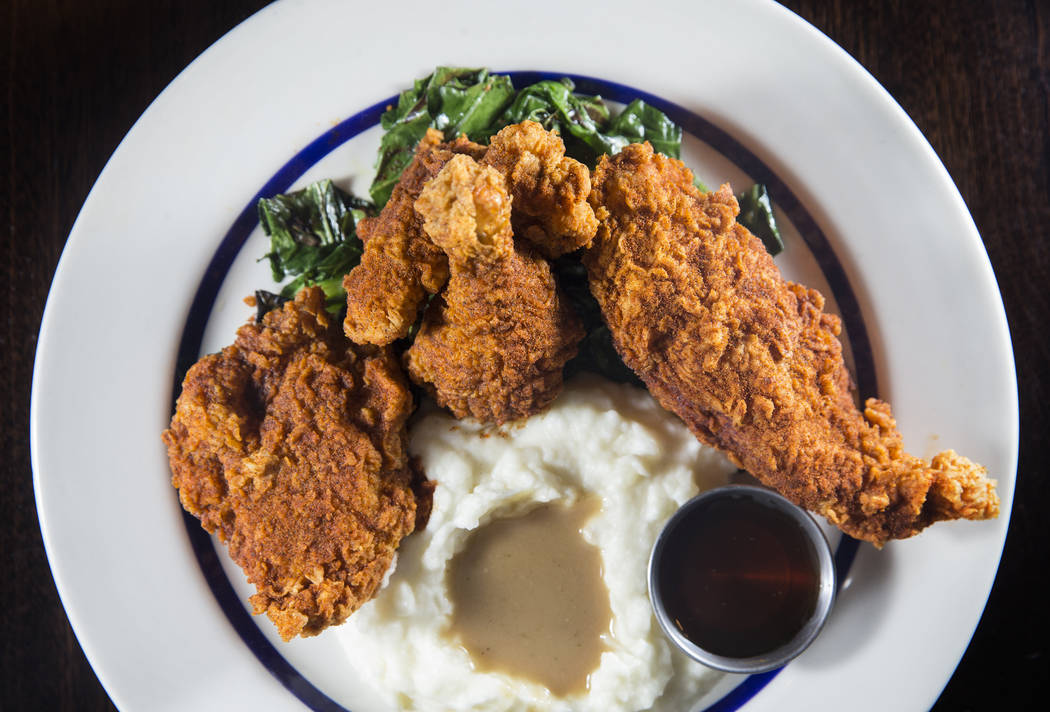 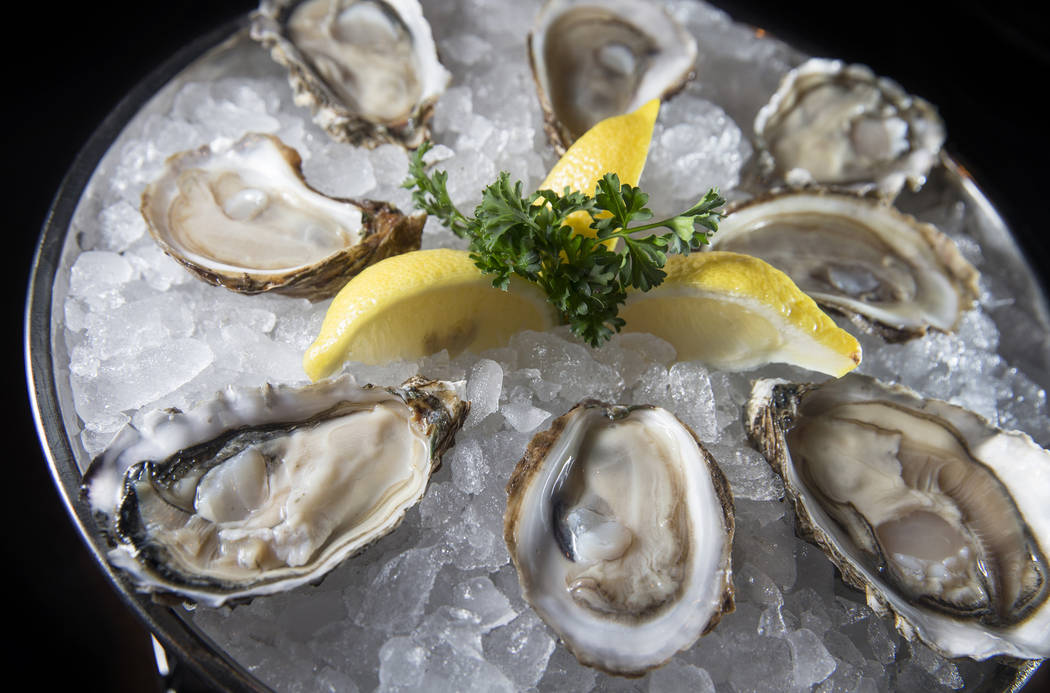 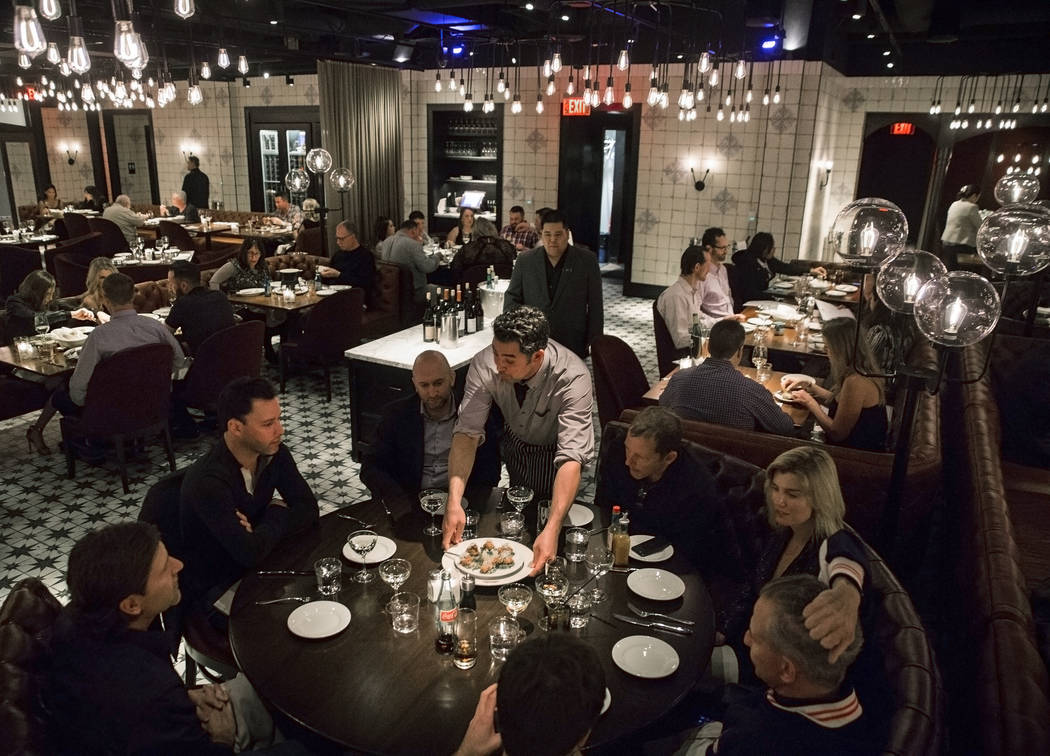 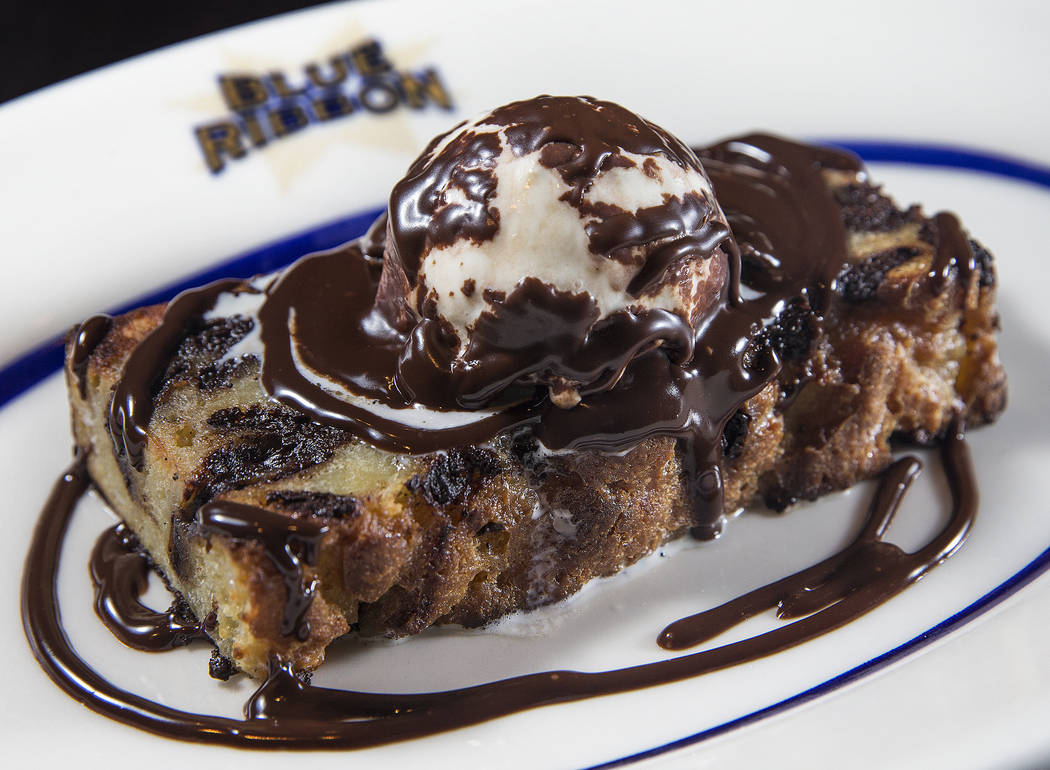 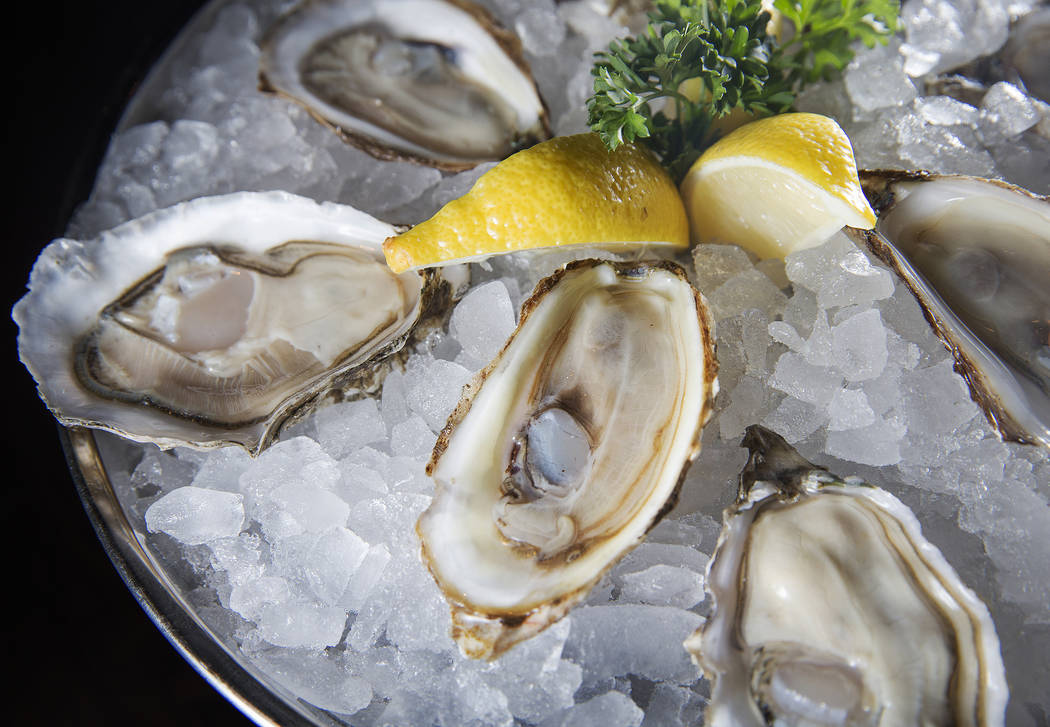 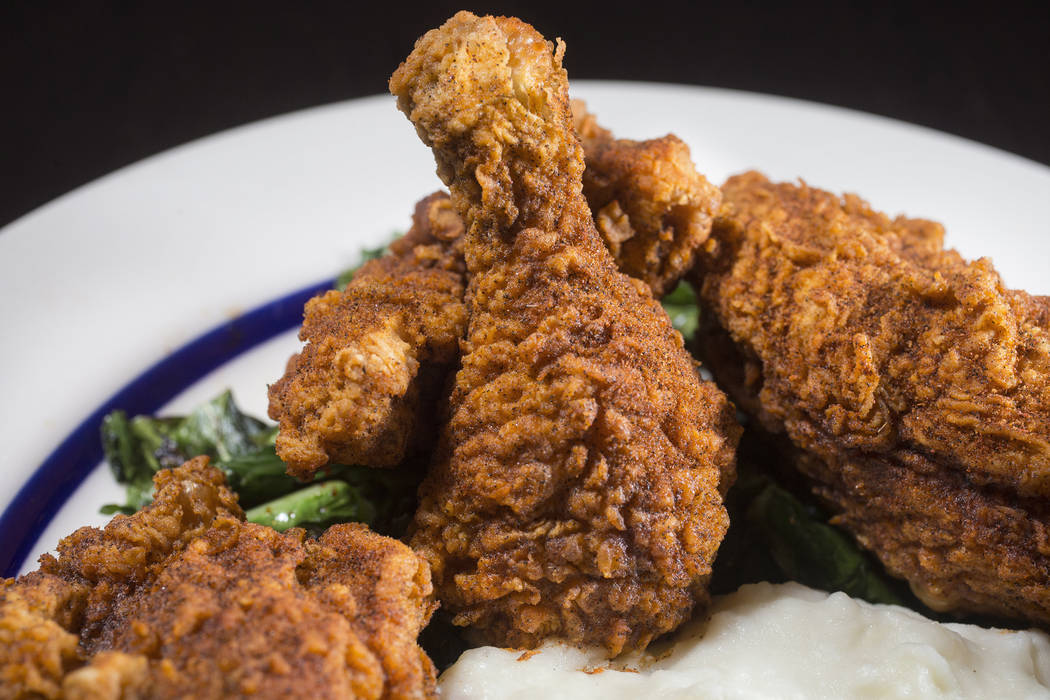 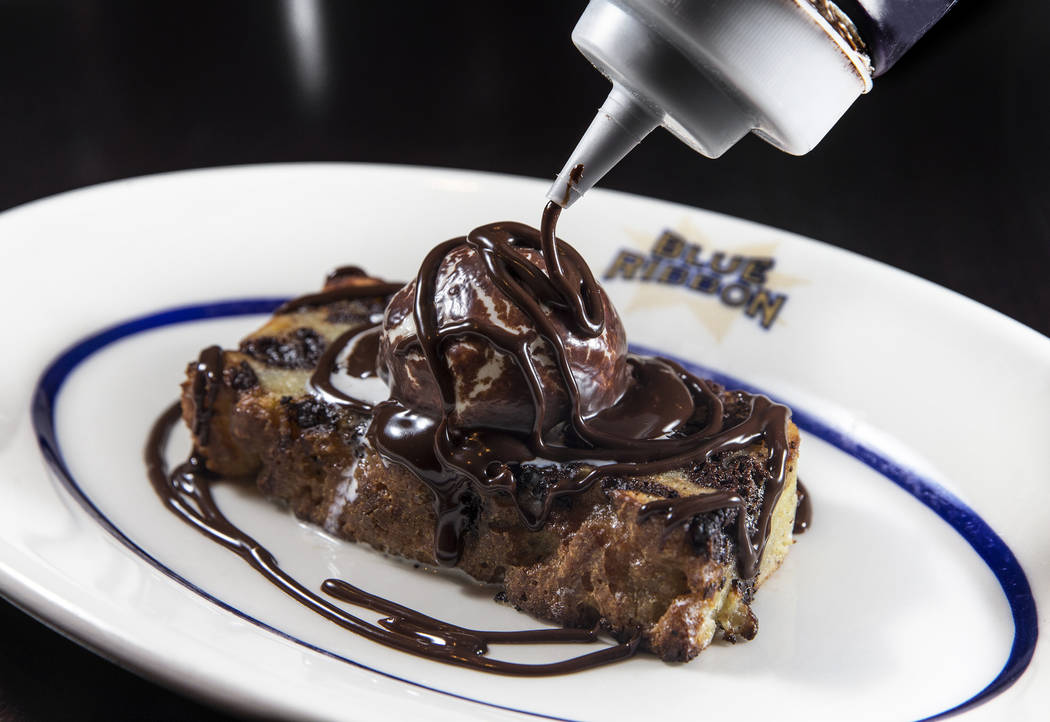 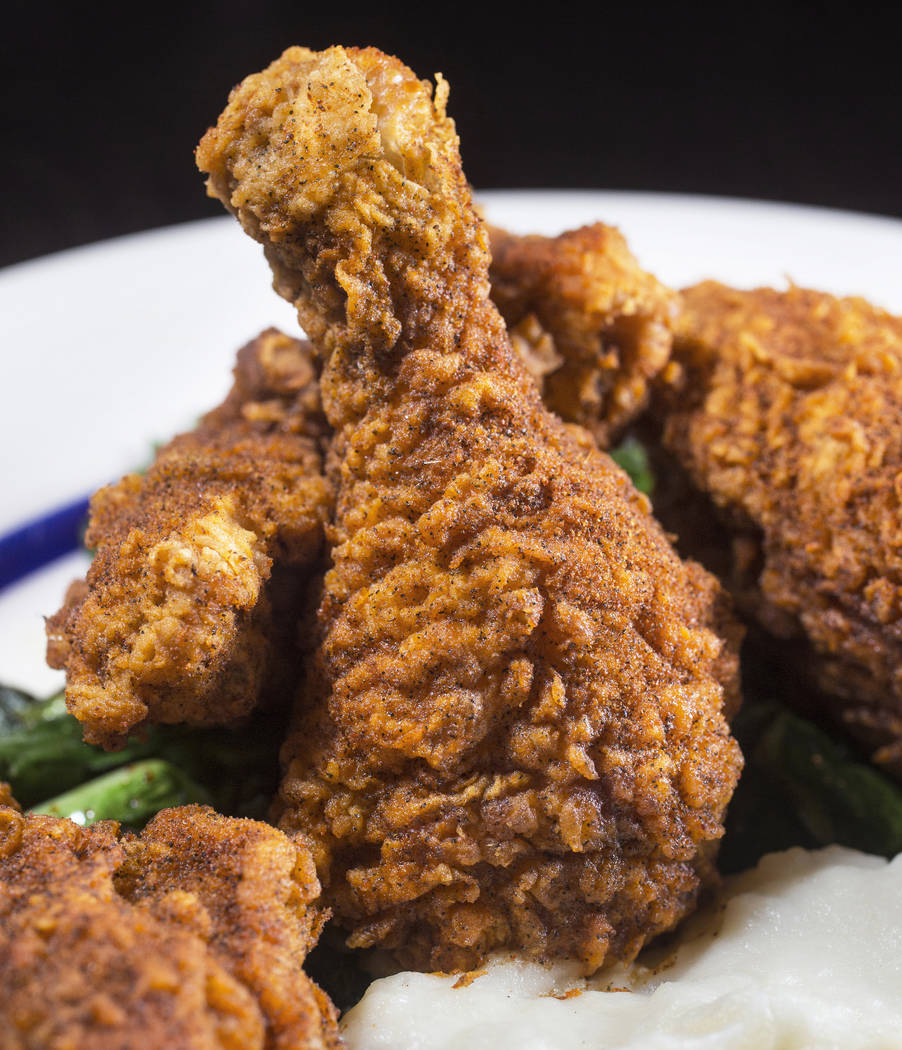 Bruce and Eric Bromberg deserve credit for a lot of things — their contributions to the renewed respect for American cuisine among them — but one of the most notable is bringing fried chicken out of barbecue and soul-food joints and into linen-napkin restaurants.

Their perfectly prepared poultry ($31) has won numerous awards, which servers at The Cosmopolitan of Las Vegas’ outpost of the brothers’ beloved Blue Ribbon restaurant are likely to point out. As well they should. It truly is excellent, elevating this Southern staple by adding matzo meal to the coating for an impressively crispy crunch. That protective layer also seals in moisture, keeping the meat tender for a glorious textural contrast. Drizzle a little of the honey served with it and it becomes even more magnificent. The mashed potatoes, gravy and collard greens all tasted like they were prepared by a Southern granny.

Seafood, another prominent component of great American cuisine, is also well represented on the menu with both West and East Coast oysters served on the half shell. A half-dozen ($24) from New Brunswick were perfect — plump, slightly briny and brittle — as were the three expertly executed sauces that accompanied them: a classic mignonette (a piquant preparation of cracked pepper, shallots and vinegar), a classic cocktail sauce with a nice kick, and another, even more pungent vinegar.

The red trout ($26) was another satisfying seafood offering. Dressed with sage and almond brown butter, the carefully sauteed filet sits atop a bed of chewy späetzle (delicate German-style dumplings) and sauteed mushrooms.

And fondue. It’s clear the brothers have no fear of cliches and no wonder; this dish became the darling of the ’70s because when well-prepared it’s a decadent, warm, creamy treat. This version ($26) is as good as can be, a mellow blend that tasted of Emmenthaler enlivened by bacon-filled potato skins on the side as well as the requisite apple slices and chunks of bread.

Service throughout was fairly well paced (although it took a long time to get the contribution from the oyster bar) if a little goofy, our server was “blessed” with a gift for rhyming. The location in a Strip hotel guarantees a large contingent of conventioneers (who no doubt appreciate that both Siberian sturgeon caviar and a cheeseburger are on the menu), but the staff was adept at handling a big rush. The interior is pleasant if not spectacular, comforting dark woods and leather with retro tile and lots of Edison bulbs that charm as much as they illuminate.

There’s also a refreshing degree of truth in menu at Blue Ribbon, which calls a skate a skate instead of trying to pass them off as scallops, and doesn’t hide pigeon under the squab label. All in all, it’s about as American as it gets. And in this case that’s a very good thing.

Blue Ribbon, The Cosmopolitan of Las Vegas; 702-698-7880 or blueribbonrestaurants.com

The essence: American cuisine at its finest, in a lively atmosphere.