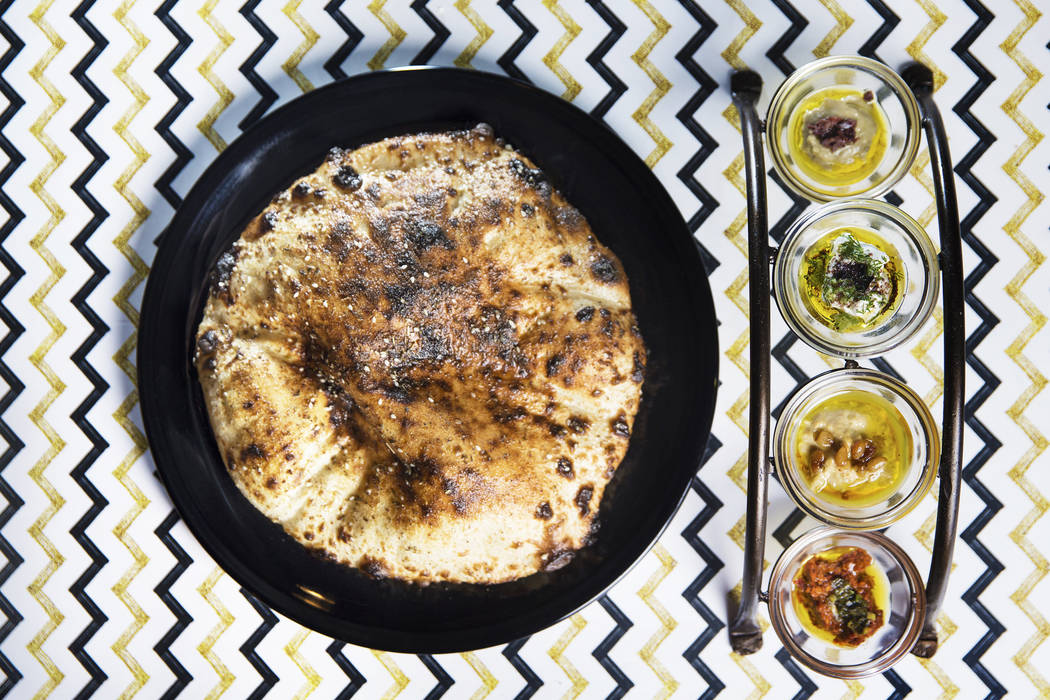 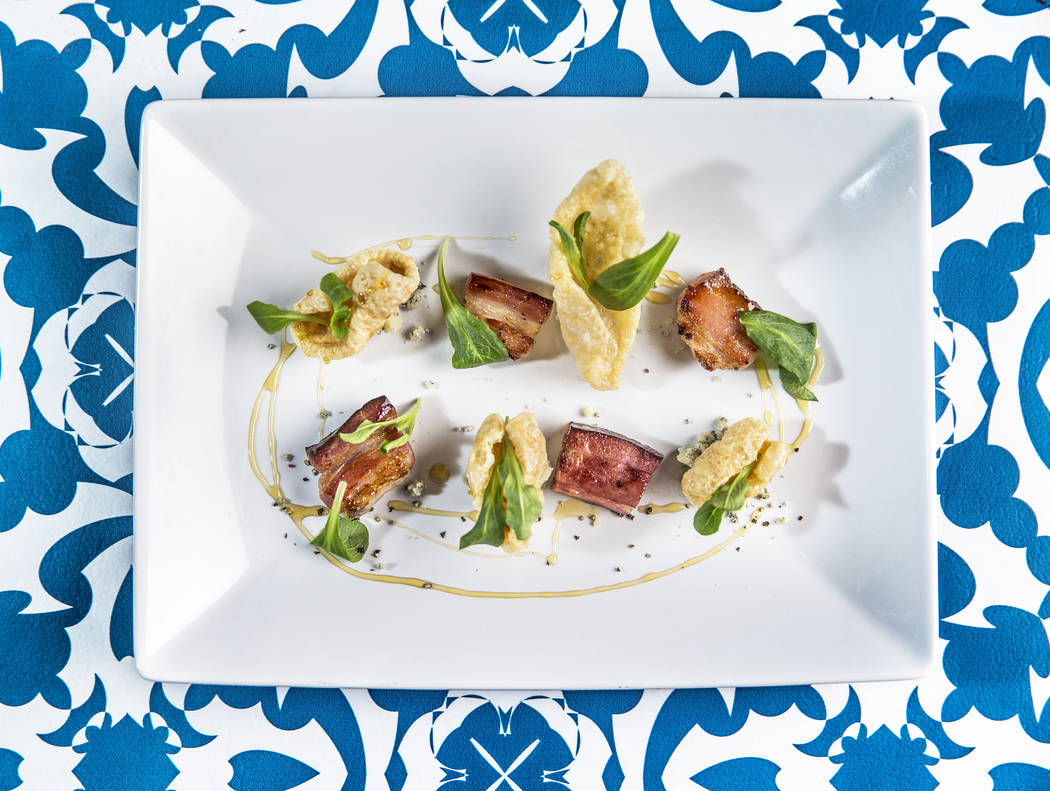 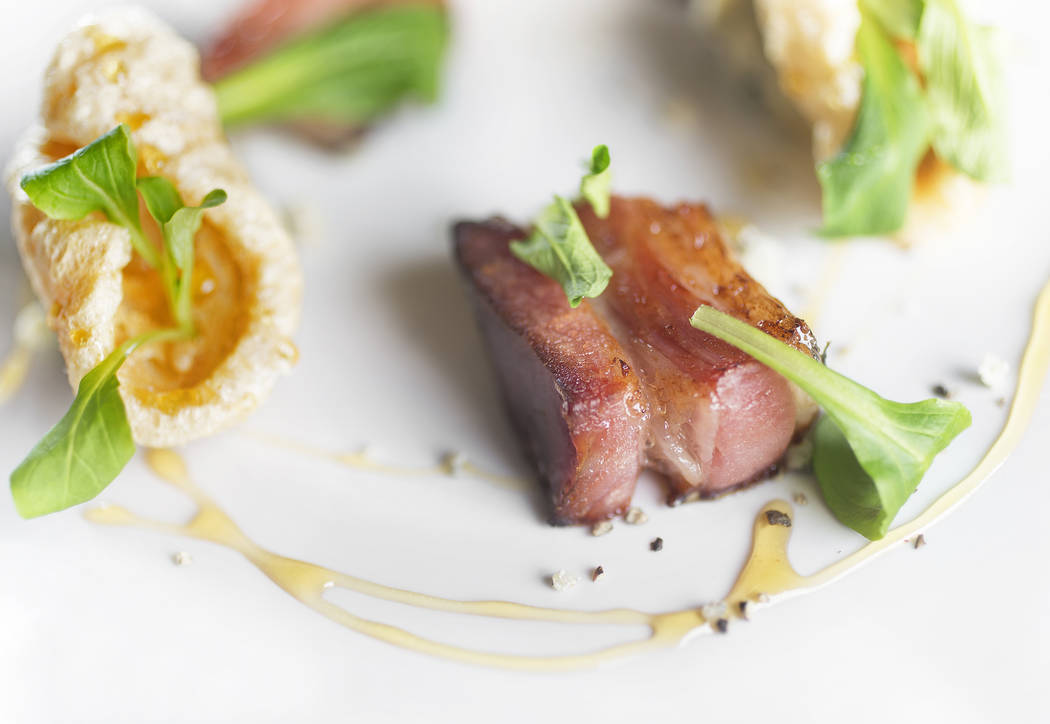 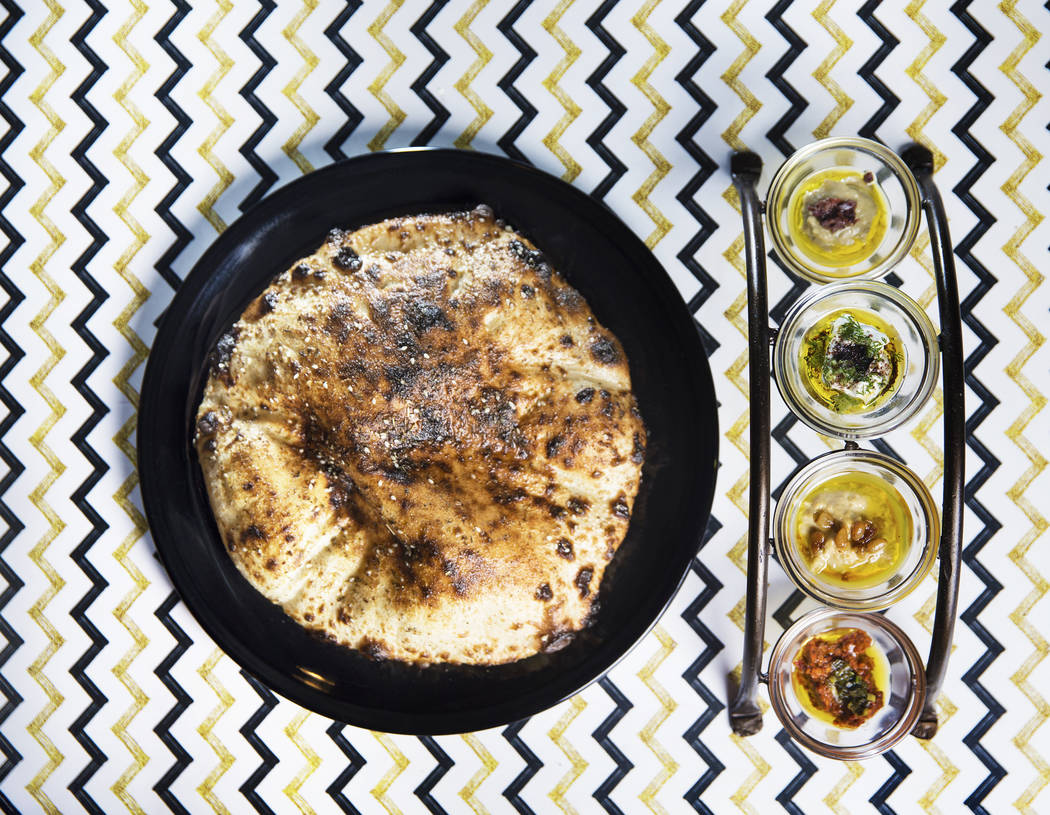 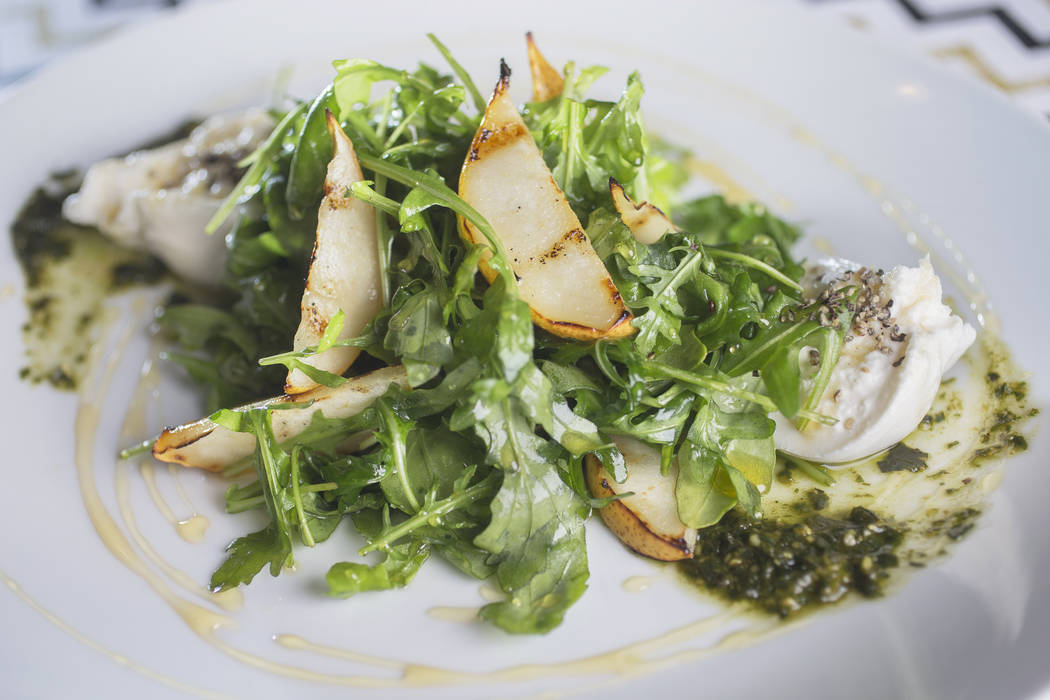 Until recently, 7th & Carson, which opened this summer in downtown Las Vegas, served only one dessert, Salted Butterscotch Panna Cotta ($8). While the dessert menu has been expanded to four selections, that solo-spotlight status sent a message. If you’re going to make a statement like that it had better be spectacular — and it is.

Panna cotta, an Italian dessert that literally translates to “cooked cream,” is similar to custard but lighter because of the absence of eggs, the thickener in this case is gelatin. That lightness has led to a recent surge in popularity, with variations such as buttermilk, chocolate and coffee popping up all over the place.

7th & Carson has given its version a brulee treatment, the caramelized sugar crust an even better pairing with the lighter base than traditional custard. It had a subtle butterscotch undercurrent that was further enhanced with just a whisper of bourbon, a puff of whipped cream and a flurry of salt. Life is uncertain; you may want to start with this dish.

Which isn’t to say the rest of the menu is forgettable. 7th & Carson has been a lively addition to downtown Las Vegas, serving Americana tapas by chef Gregg Fortunato (late of Buddha Bar, Blue Ribbon Sushi and Inyo Asian Variety) with uncommon elan.

Hearth Oven Bread ($13), a large round of stretchy, crisp-edged, flattish dough, is perfectly adequate on its own, with a drizzle of oil. But there’s more, in the form of four spreads. The eggplant-based baba ghanoush was particularly smoky, which gave it appealing depth. Hummus was topped with pine nuts, a crunchy contrast in flavor and texture. Cucumber-yogurt evoked the flavor of the Greek classic tzatziki, with a jot of fruity olive oil. Winners all, but it was difficult for them to compete with the red pepper, an ultra-concentrated flavor explosion that played so well off the bread.

Braised oxtail toast ($11) was worthy of its “favorite” menu designation, the crisp toast a suitable foil for the long-braised tender meat. There was plenty of beefy flavor there but it was almost too intense, and would have benefited if the cheese curds melted atop had been larger, the smoked sea salt a little more copious, which would have lent welcome balance.

It paled in comparison with the white truffle toast ($10), as successful as the panna cotta though in a very different way. This time focaccia served as the foil, cut into large, thick chunks and thoroughly toasted with an oil that left a shadow of truffle flavor, which melded with a sprinkle of rosemary, the crusty bread surface providing gratifying contrast to the pillowy interior. A dip into the molten Gouda fondue was the culinary equivalent of dropping into a hot tub on a chilly day.

7th & Carson is in the space that formerly housed Glutton, and retains much of the same design ethos, quasi-industrial with splashes of color from graphic-print tabletops. Its various configurations of flexible seating make it an easy fit for groups of all sizes, but the counter seating, suitable for solo diners, seems like the best option.

Who, after all, would want to share that panna cotta?