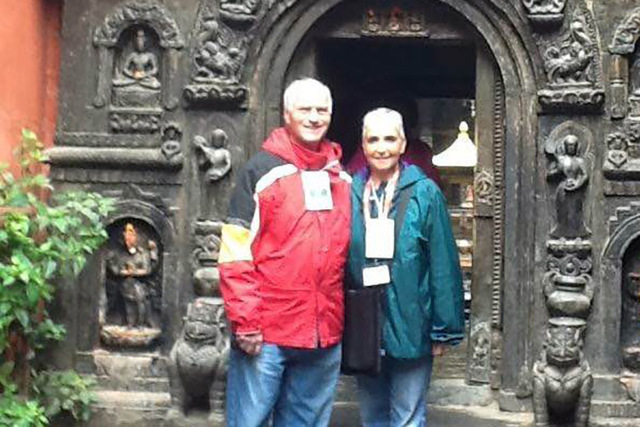 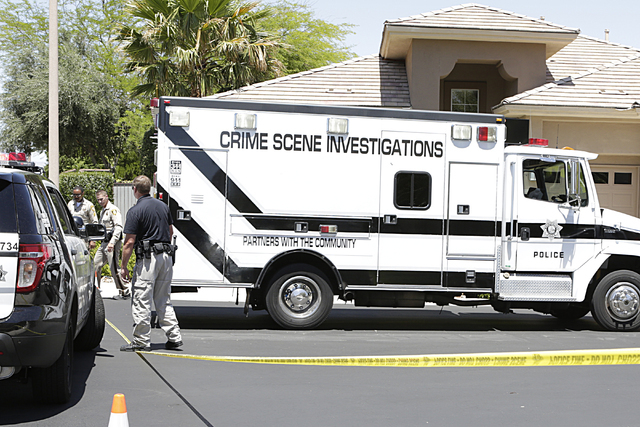 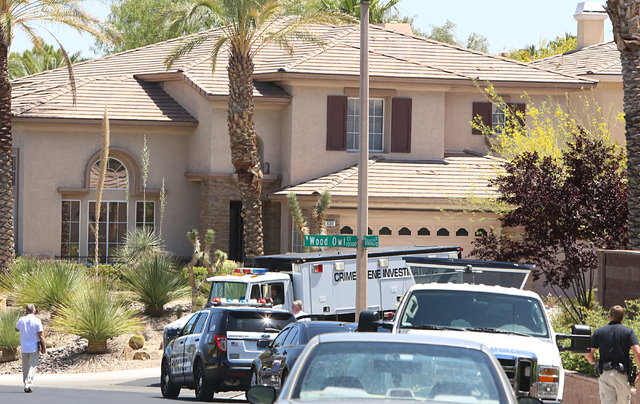 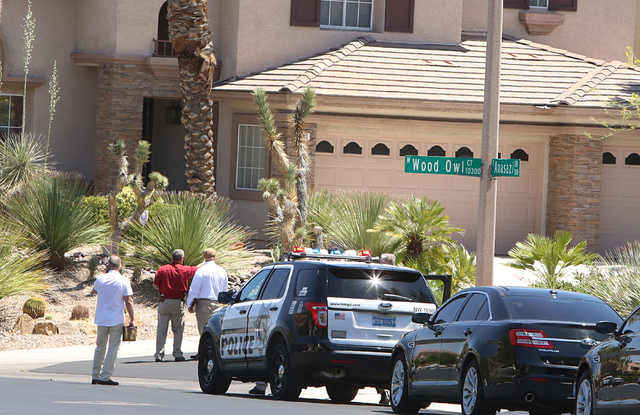 The man who killed his parents and then himself in the couple’s Summerlin home Wednesday morning mailed a manifesto announcing his planned actions to police a few days before the killings, officials confirmed Thursday.

The manifesto was more than 100 pages long, and the Metropolitan Police Department didn’t receive the copy in the mail from the man, Aaron Wulf, 36, until a few hours after the son stabbed and shot his parents, Arthur Wulf and Jan Morgan-Wulf, then turned the gun on himself, Sgt. Jeff Clark said. As soon as police got it, officials forwarded it to homicide detectives.

“This is highly unusual,” Clark said. The department has seen a handful of domestic-related murder-suicides this year, he said, but the “amount of planning and forethought” that went into this case “isn’t something we see on a normal basis.”

“In any murder case, we’re asked, ‘Why?’” Clark said. “When it’s a murder-suicide, we don’t have a chance to really get an idea. Hopefully this will give us some more insight into that, but it might give us more questions than answers.”

Wulf also forwarded digital copies of the manifesto to numerous friends and relatives in an email blast a few hours before the killings. The Las Vegas Review-Journal later obtained a copy.

“If you are receiving this now, it means that I am dead,” the manifesto starts out. It then dives into details about his life in a lengthy diatribe including photos, videos and audio recordings “explaining” his actions.

“This is not a joke. I promise,” it continues, adding that the manifesto took five months to write. “And you don’t need to call anyone; I can assure you I’ve already been found.”

Less than two hours after the email, an Illinois relative called the couple’s 10301 Wood Owl Court home — in the Talon Pointe community near Town Center and Anasazi drives — about 10:40 a.m. Wednesday but heard only screams and other sounds on the other line.

The relative then called police to check on the family. Officers arrived at 11:23 a.m., but all three were already dead.

The couple who was killed had owned the Summerlin house for about nine years. It was a vacation home, neighbors said, and county property records show the couple’s main address is still listed in the Chicago area of Illinois.

The Chicago Tribune reported the father, Arthur Wulf, 69, was a semiretired attorney who served on the school board of Glenview, a northern suburb of Chicago. The newspaper also reported the mother, Jan Morgan-Wulf, 66, was a former Chicago Public Schools speech pathologist who had also worked as a real estate agent in Northbrook, a village in northern Chicago.

“What we have is a family tragedy,” Metro homicide Lt. Dan McGrath said Wednesday afternoon at the scene of the murder-suicide.

The son had a history of mental illness but no criminal record, police said, adding that he had moved around a lot in the last few years but was most recently staying with the couple. He once had a small acting role in 2002 on an episode of “Monk,” a crime show, in which he played a “young officer.”

“I want justice,” Wulf wrote in the manifesto. “I tried and failed for so long. And I deserved to live a long, happy, and healthy life.”

The parents’ deaths were the 72nd and 73rd homicides Metro has investigated this year. The couple has at least three other adult children, police said.

A friend of the son who received the manifesto but did not want to be named said it was filled with “egregious accusations” that were “very unsettling.”

“He was troubled by his past and struggling in various aspects,” the friend — who knew the son for about a decade — said. “But I never would’ve thought it would’ve gone to this level.”